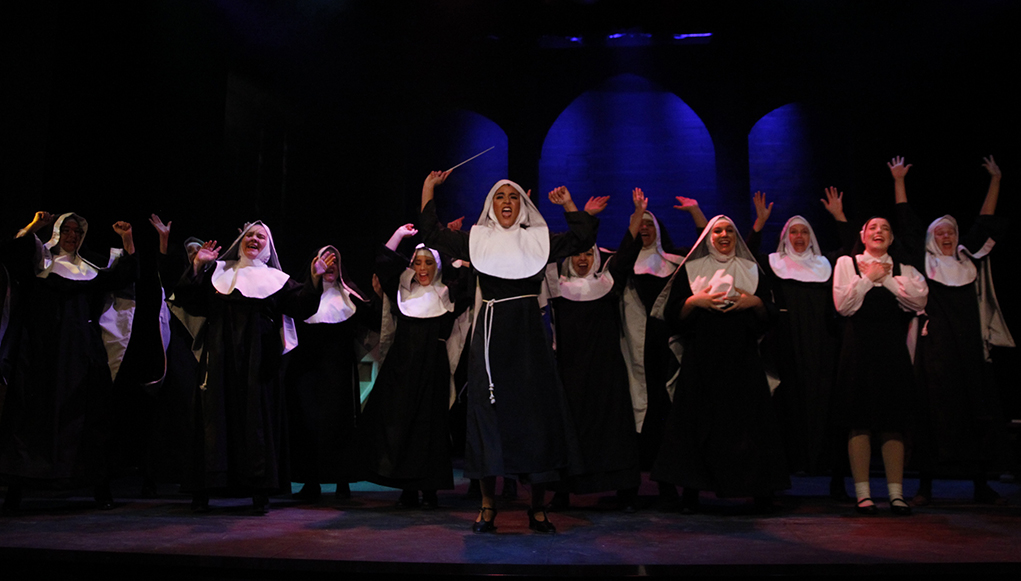 Beginning this weekend at Grace Arts Live Theatre there will be sequins and a disco ball, leisure suits, singing, dancing and … nuns?

“Sister Act” tells the story of an aspiring singer, Deloris Van Cartier, whose career gets derailed when she witnesses a murder committed by her married boyfriend. Under police protection, Deloris must hide out until the trial. But hilarity ensues when she is placed in a convent to pose as a nun. Under the close watch of Mother Superior and with the help of the bumbling but lovable officer Eddie, Deloris helps the other sisters find their voices while also rediscovering her own. 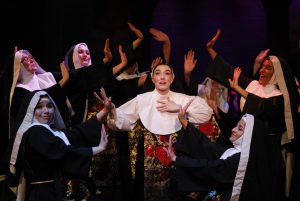 “This show is definitely funny,” said the show’s director Lauren Blain. “It’s silly humor with a lot of heart … definitely a comedy, with some romantic hints and sisterhood all thrown in together. And the vocals are amazing. It’s just fun.”

The lead role of Deloris is being performed by Erin McIntyre, a Lake Havasu City local who is attending Arizona State University. Blain said McIntyre has grown up in the theater program here, but this show will be her debut as a solo lead character.

“It’s been incredible to watch her grow and transform over the years,” Blain said. “She has really worked hard for this role.”

“Sister Act” was written for the stage following the success of the 1992 film by the same name. Audience members who are fans of the film can expect some additional plot and character development, as well as new, original music by Alan Menken, in the stage adaptation. 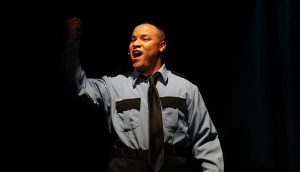 This will be the first time the show has been performed by Grace Arts Live.

“This is still a fairly new show on Broadway,” Blain said. “And it’s a really big show, and it’s hard because it takes us to all these different locations. The set and scene changes are fast, and there are so many pieces that have to move.

“It was a challenge to transform the stage into a church, but even more difficult to change it from a church to a disco and back. But the cast is ready, and they’ve worked hard.”

Blain said that despite the set challenges, it has been a fun show to prepare and perform.

“The best part is seeing the bond between all the girls,” Blain said. “The story is about women who come together in friendship, forming strong bonds and empowering each other, and to see that manifest within the cast as well … it’s really exciting.”

For more information or to purchase tickets, call 928-505-2787 or visit http://graceartslive.com. 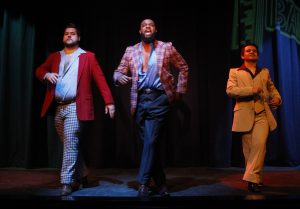 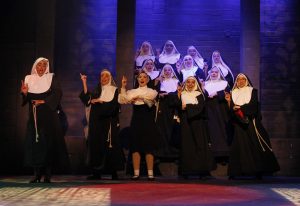 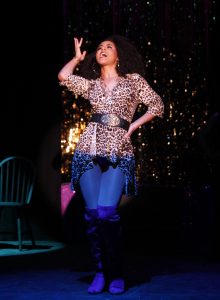