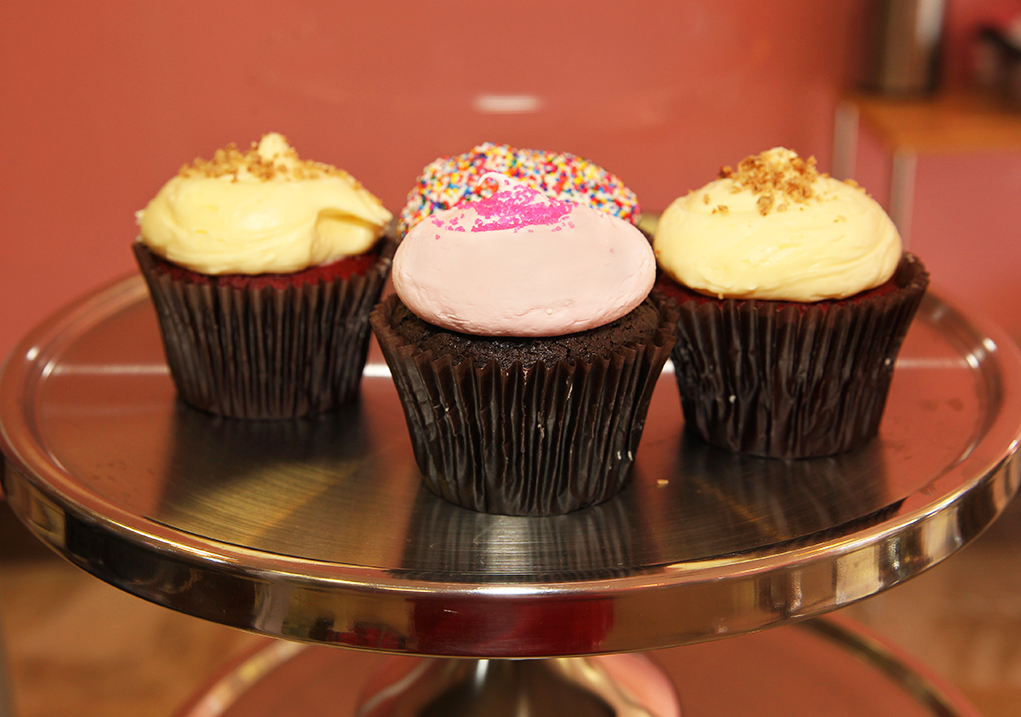 If anyone ever wanted to get their hands – and taste buds – on some amazing and decadent gourmet cupcakes made fresh, now you can thanks to a new cupcakery called SmallCakes: A Cupcakery. The business opens to the public March 4 on McCulloch Boulevard.

With beautiful touches of pink and brown, the interior of the new cupcakery got its finishing touches before a soft opening set for Wednesday.

“We decided to bring SmallCakes to Lake Havasu City after someone suggested it to me,” said Jeff Martin, owner of Smallcakes Cupcakery.

“We realized there wasn’t anything like this, so we knew people would be excited about it opening here.” 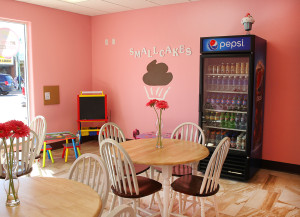 The first Smallcakes Cupcakery opened in July 2009 in Overland Park, Kan., offering a variety of freshly baked flavors daily and there are currently stores in 17 states.

Martin’s cupcakes first started getting the attention after his appearance on the Food Networks show “Cupcakes Wars” in season one, two and seven.

“I didn’t win but I sure made losing look good!” said Martin.

Jeff Martin was born and raised in Atlanta, Ga., and worked in the culinary business until he decided to start baking.

“That’s when I decided to open my two shops in Kansas,” said Martin. “From there it just took off.”

The cupcakery promises to bring a variety of flavors which include Peanut Butter Cup, Red Velvet, Chocolate Cream, Cookies and Cream and lots more. For the health conscious, gluten-free and mini sized cupcakes will also be available.

Lake Havasu’s managers, Kim Frantz and Jay Kasperski, say they have been working hard to open and can’t wait to see customers come inside.

“We have been pulling some very long shifts to prepare for the opening since October,” said Kasperski.

“I’m just so excited and ecstatic,” said Frantz. “I just think there is nothing like this in Havasu. This cupcakery is just going be perfect here.”

Smallcakes Cupcakery opens this morning at 10 a.m. It is located at 2105 McCulloch Blvd.
For more information call (928) 680-0851, or visit www.smallcakescupcakery.com 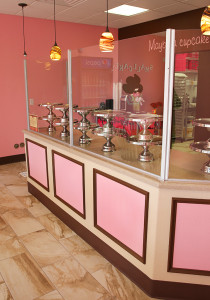 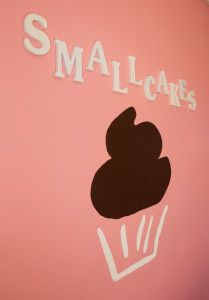