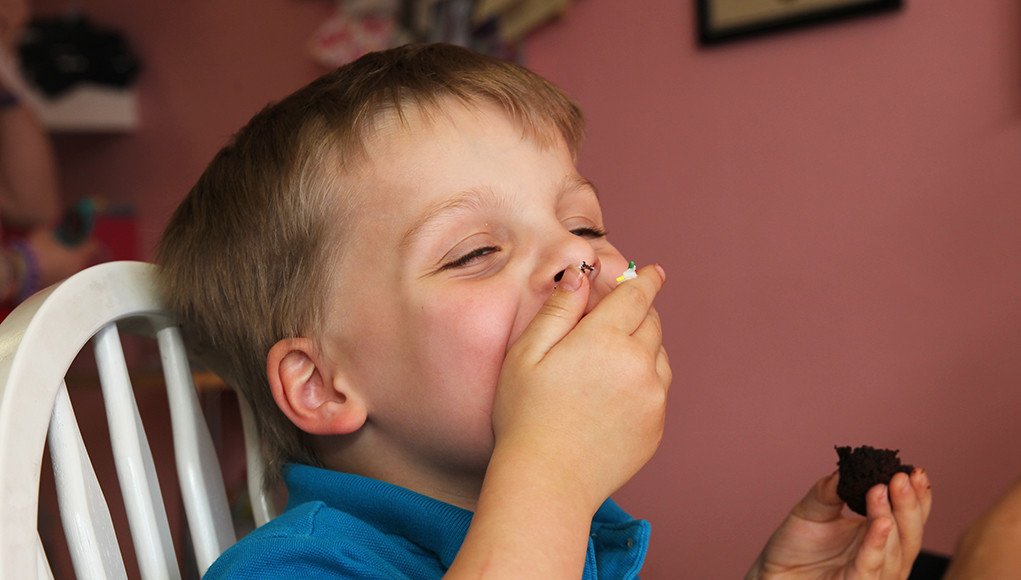 Cupcakes and ice cream along with lots of balloons and appearances by some of your favorite Disney characters filled the Smallcakes Cupcakery and Creamery shop on McCulloch Boulevard Friday, to celebrate the store’s one-year anniversary. 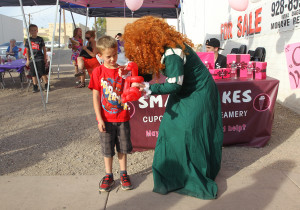 Destiny McLaughlin, dressed as Merida from Disney’s “Brave”, teaches a child how to shoot a balloon animal made like a bow and arrow Thursday afternoon. Jillian Danielson/RiverScene

Free mini cupcakes and a chance to catch up with friends in the community made the celebration a special treat for all who stopped in and sat under the setup canopies right outside the shop. For those who wanted to take some extra treats home, cupcakes and more ice cream were also available for purchase inside.

The store opened last year on March 4, after months of planning by store managers Kim Frantz and Jay Karperski.

“You know, you always worry before opening any business, and hope the community would respond well to it,” said Jay Karperski. 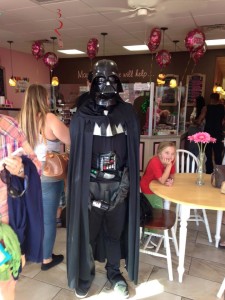 “But so far, its been so great, and we are so happy with the community’s support.”

Karperski attributes some of the success to his business partner Frantz, who runs contests during the week including “Water Cooler Wednesdays” – a chance for other local businesses to win freebies, along with her constant advertising and marketing.

Smallcakes has locations across the country including a shop in Scottsdale.

The first Smallcakes Cupcakery opened in July 2009 in Overland Park, Kan., after the franchise’s founder Jeff Martin’s first appearance on the Food Network show “Cupcakes Wars” in seasons one, two and seven.

Martin was born and raised in Atlanta, Ga., and worked in the culinary business until he decided to start baking and has a total of 17 stores across the country.

As for the location in Lake Havasu, its store owners couldn’t be more excited with the business’s success. 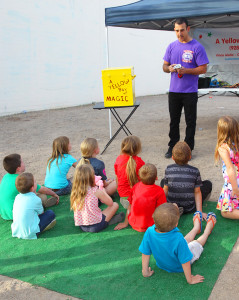 Vince Aiello of A Yellow Box of Magic performs for the kids at SmallCakes birthday party. Jillian Danielson/RiverScene

“We have been busy and slammed. It’s just so exciting, we just never thought it would be this great,” said Frantz.

The cupcakery in Lake Havasu City carries a variety of flavors from Red Velvet to Peanut Butter Cup to Chocolate Cream to Cookies and Cream and much more. Gluten-free options along with mini sized cupcakes are also available.

Smallcakes Cupcakery and Creamery is located at 2105 McCulloch Blvd. For more information, call 928-680-0851, or visit www.smallcakescupcakery.com