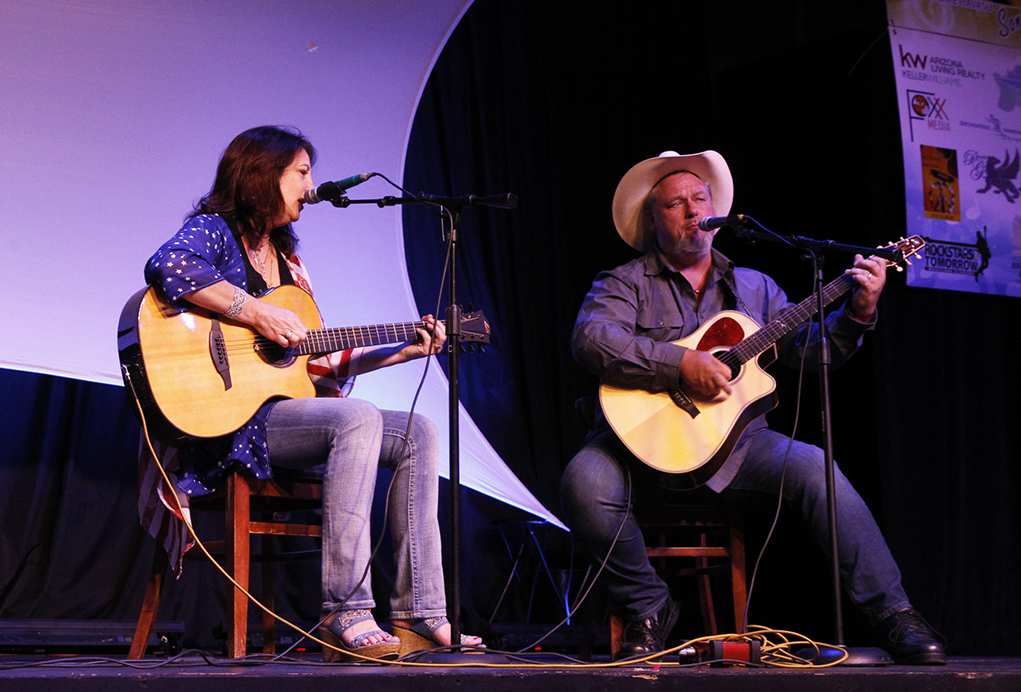 The Lake Havasu Songwriters Festival 2017 was held Friday night at The Refuge Pavilion. Host Dustin Runyon of Only Orchids, introduced 12 performers as they entertained the crowd with their songwriting skills. 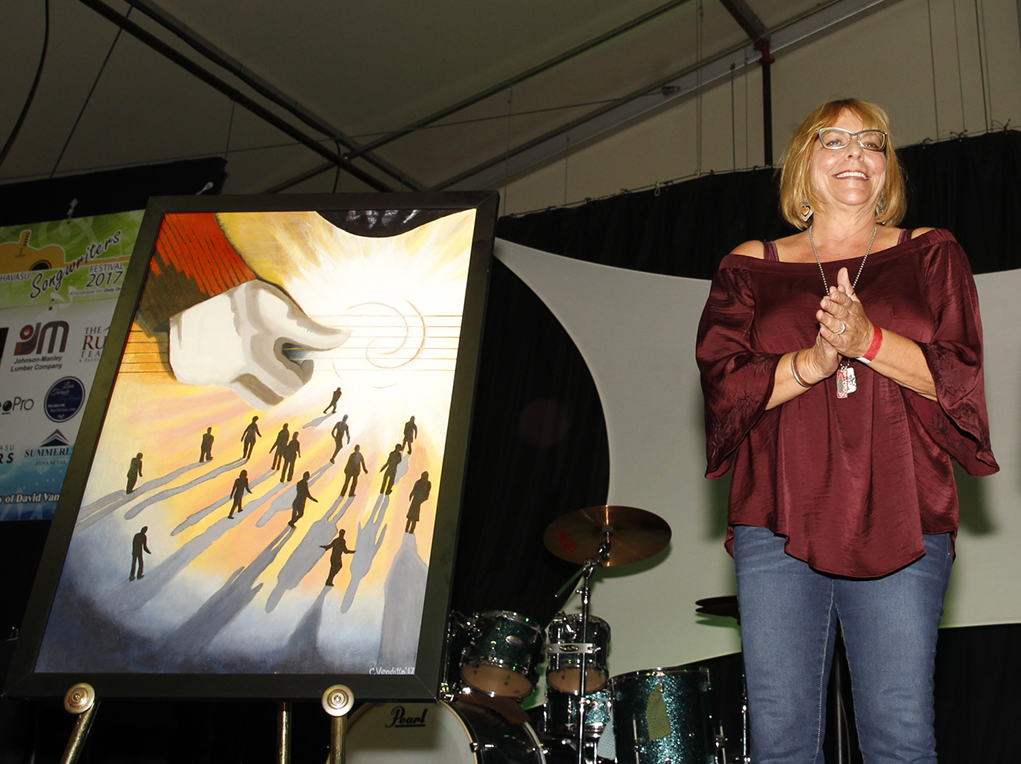 Caroylyn Venditto watches the crowd as Dustin Runyon auctions off her painting to raise money Friday night for the Only Orchids charity group. Jillian Danielson/RiverScene 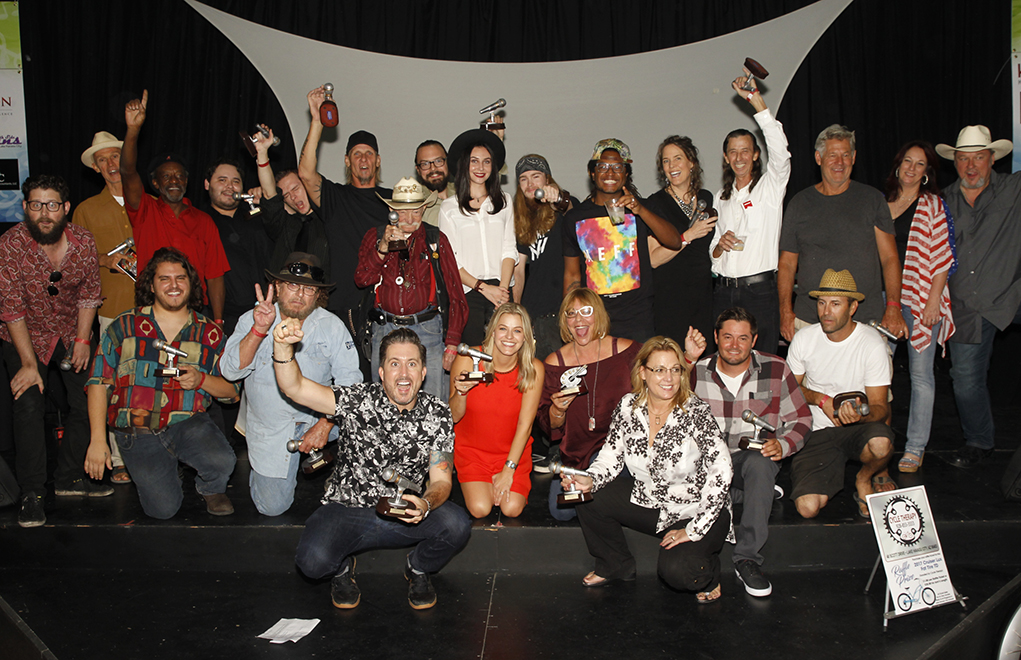 Participants in the Songwriters Festival pose for a photo on the stage Friday night. JIllian Danielson/RiverScene 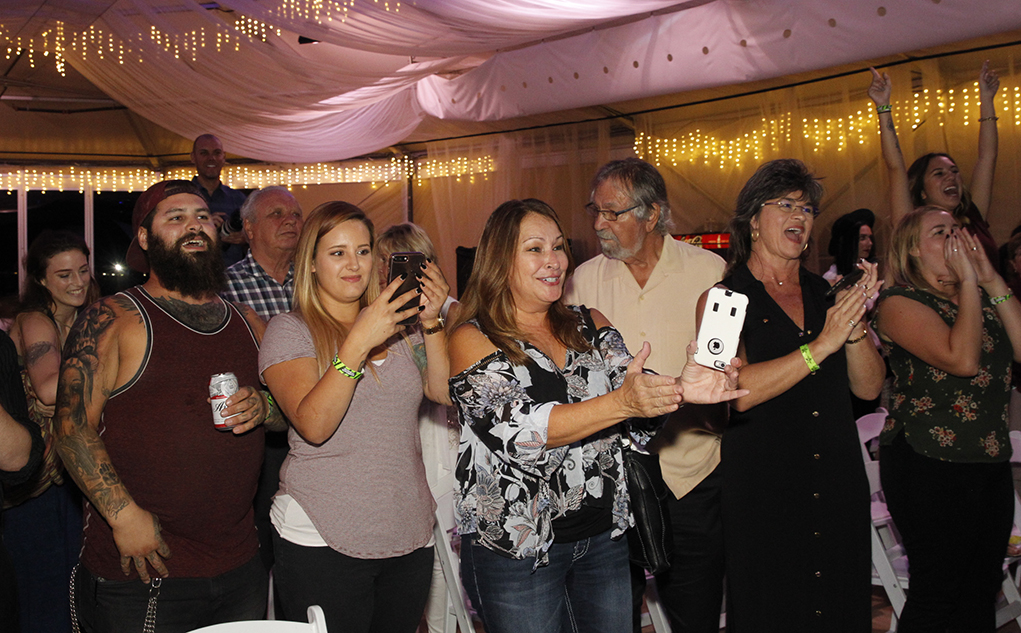 The crowd cheers as the winners are announced Friday night. Jillian Danielson/RiverScene 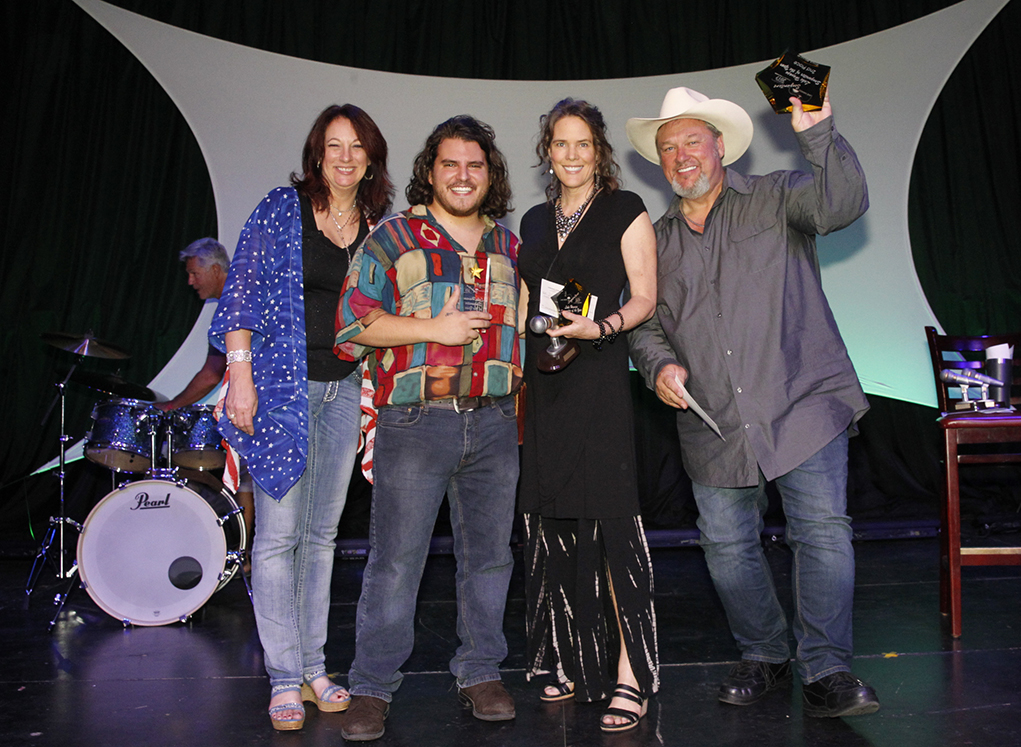