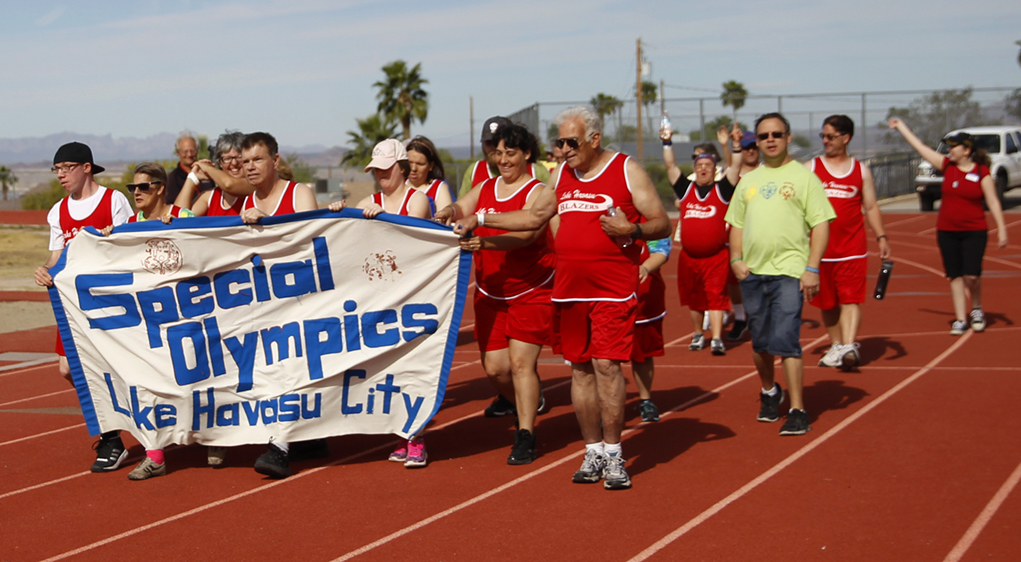 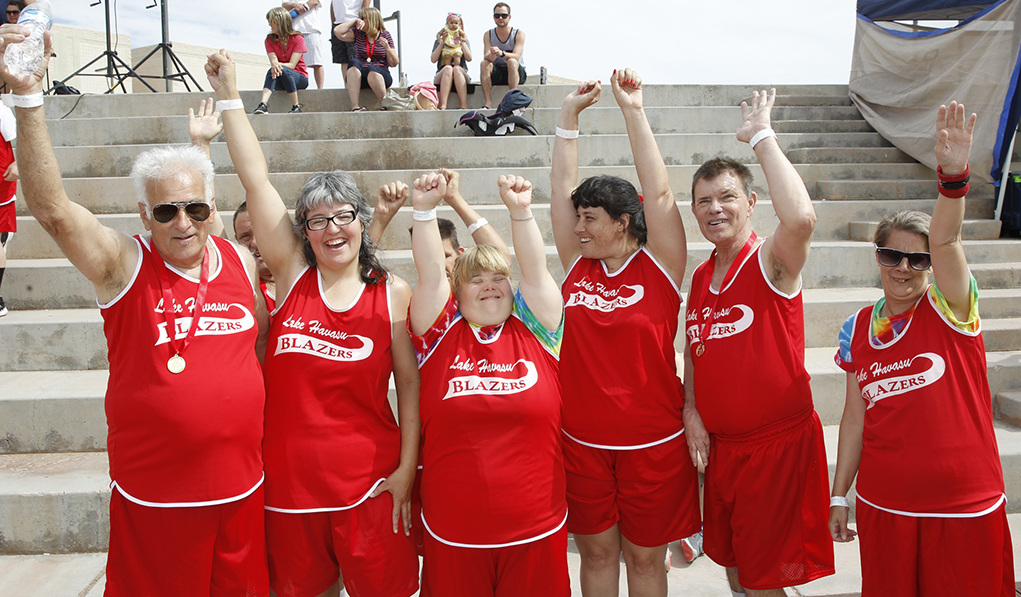 Don Bergen currently coaches shot put, bocce ball, and basketball skills. Don and his wife, Chris, created Special Olympics in Lake Havasu City 27 years ago. They’ve watched the organization evolve over the years and are proud of what it’s become.

“It’s much more than just their winnings… it’s their chance to participate in something great and it helps them so much psychologically,” he said.

Don Burgen explained how the Special Olympics sports help the participants socialize with each other and the community. He said it’s a great way for the special needs athletes to develop friendships and build confidence. 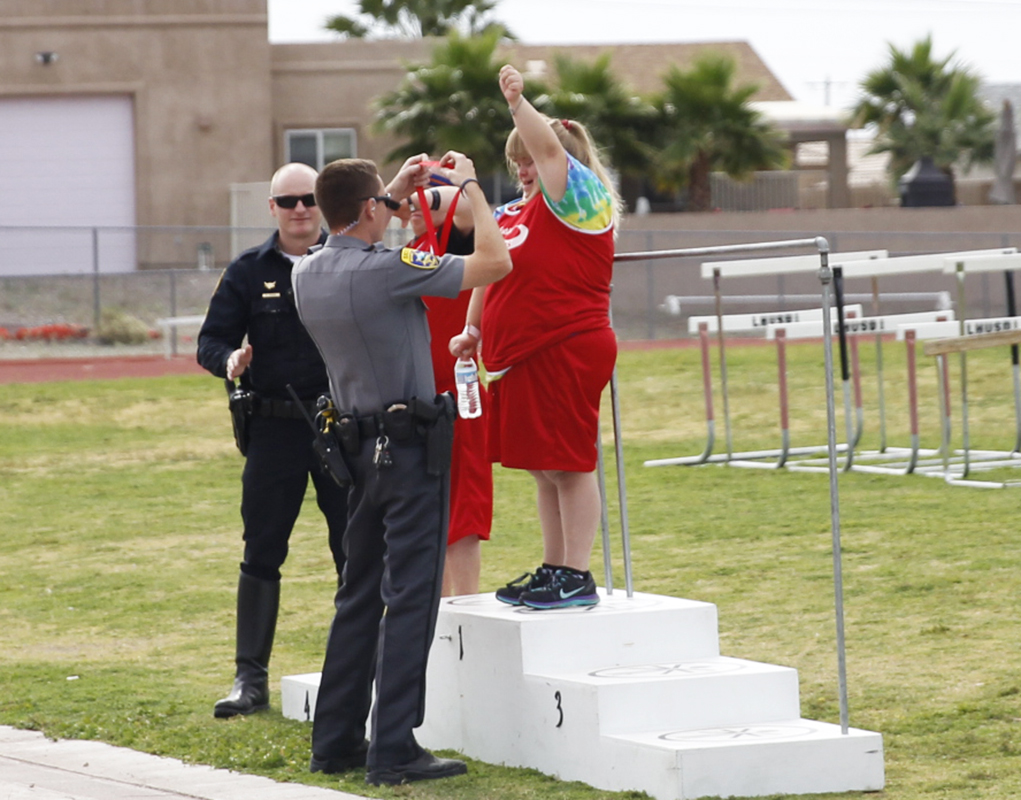 Roxi Harshman, a first-place winner during the competition’s first few events, said her team is excited to get to the state championship event in May. She said her and her team have been practicing twice a day and will increase their practice time before heading to the ultimate State event, where they plan to bring home the first-place title.

Whistles and shouts filled the bleachers at Thunderbolt while the athletes battled it out, cheered each other on, and celebrated their victories. 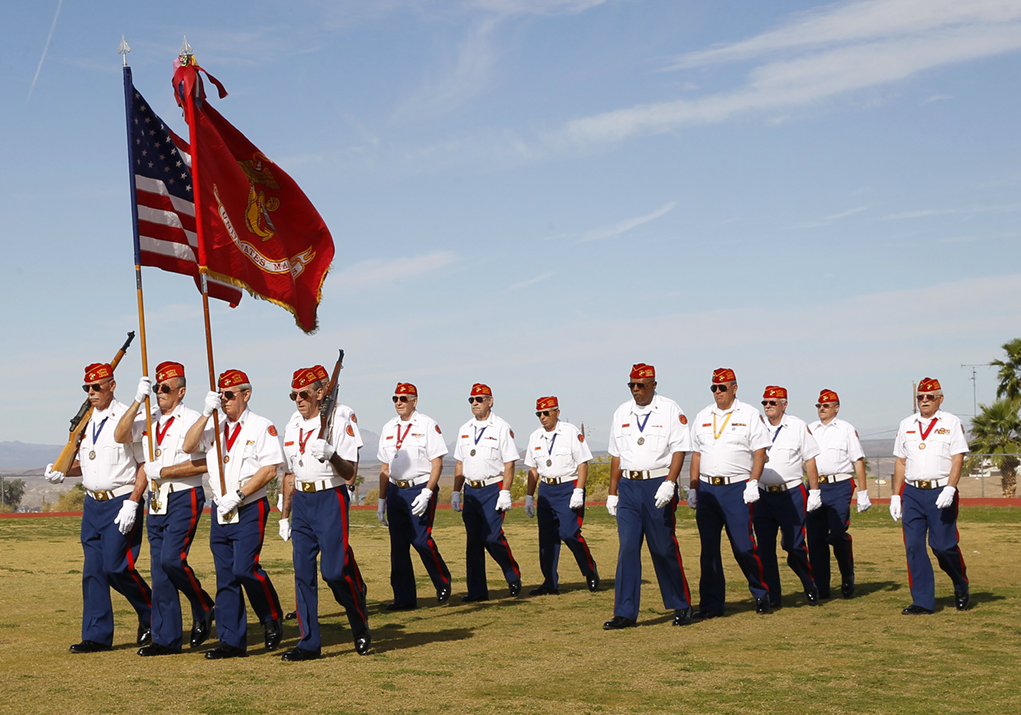 The Marine Corps League carries the colors onto the field. Jillian Danielson/RiverScene 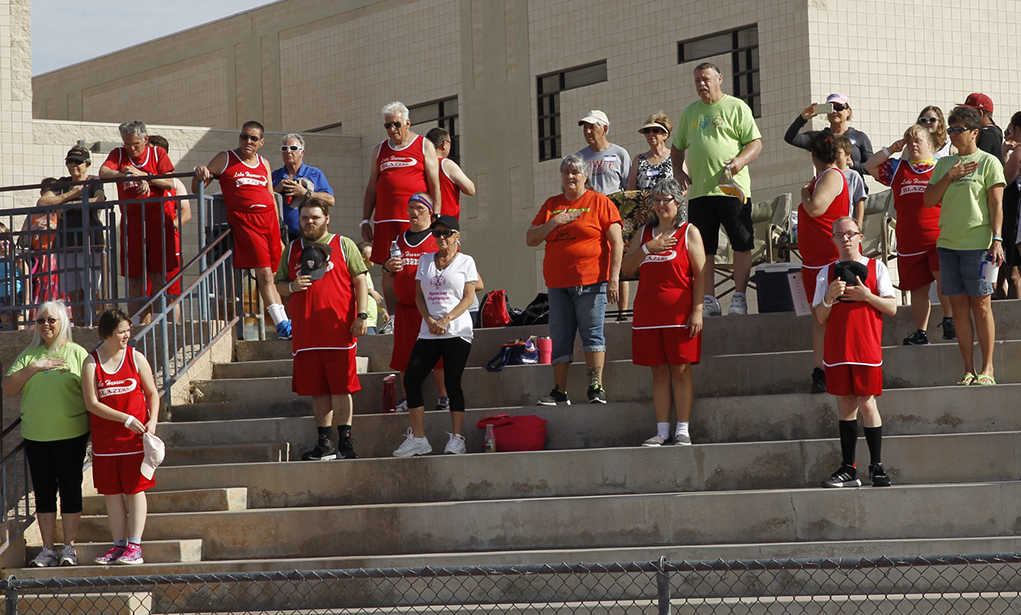 The crowd at the Special Olympics stands for the Marine Corps League Saturday morning. Jillian Danielson/RiverScene 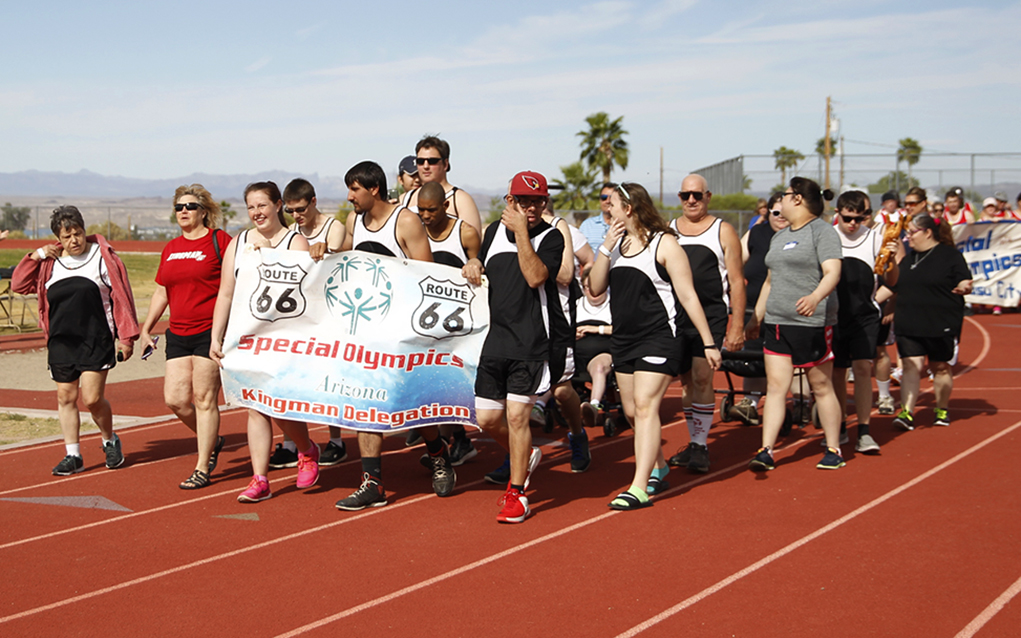 The Kingman Route 66 team carries their banner on the track during the opening ceremony of the Special Olympics. Jillian Danielson/RiverScene 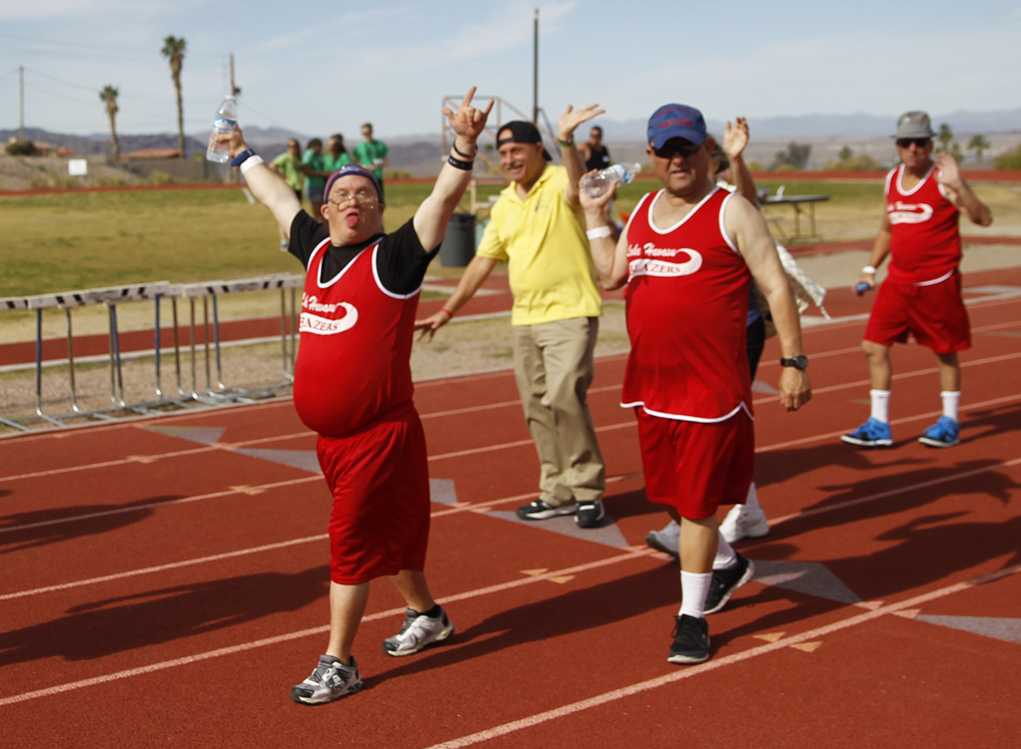 One of the Lake Havasu City Special Olympics participants raises his hands to the crowd during the opening ceremony. Jillian Danielson/RiverScene 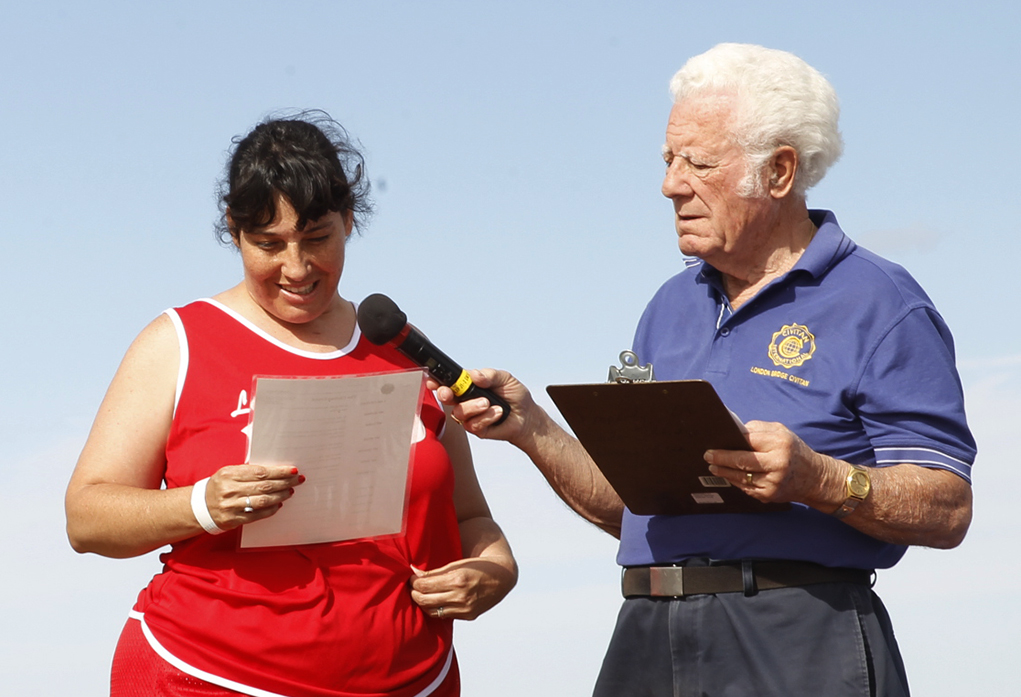 Don Bergen holds the mic while one of the Lake Havasu City athletes reads the Special Olympics creed. Jillian Danielson/RiverScene 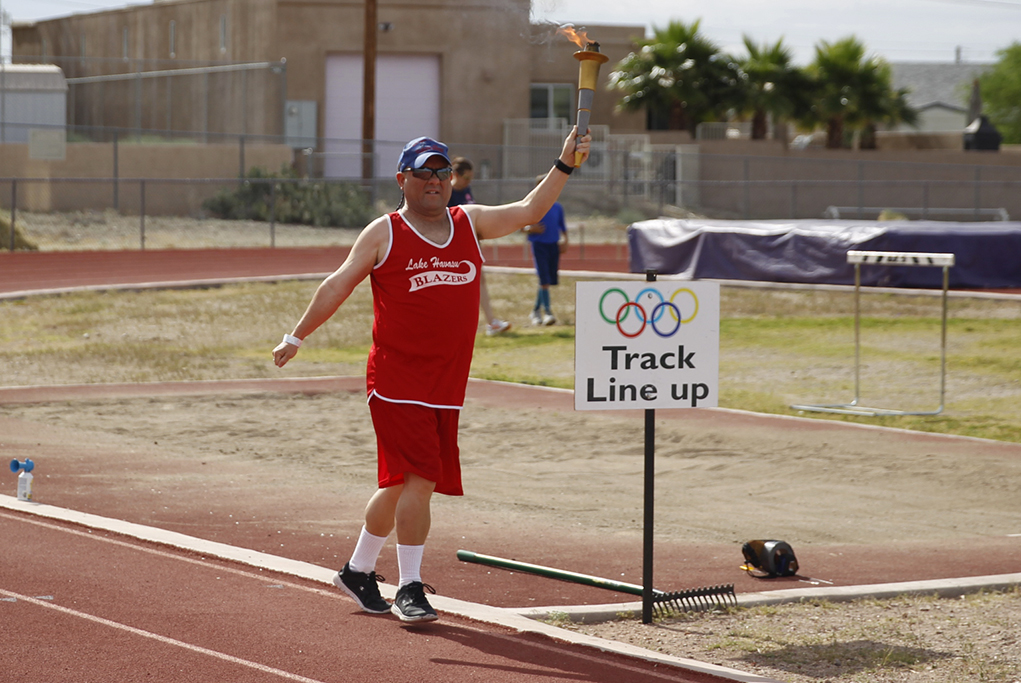 Jonathan Bulger runs with the torch during the opening ceremony of the Special Olympics Saturday. Jillian Danielson/RiverScene 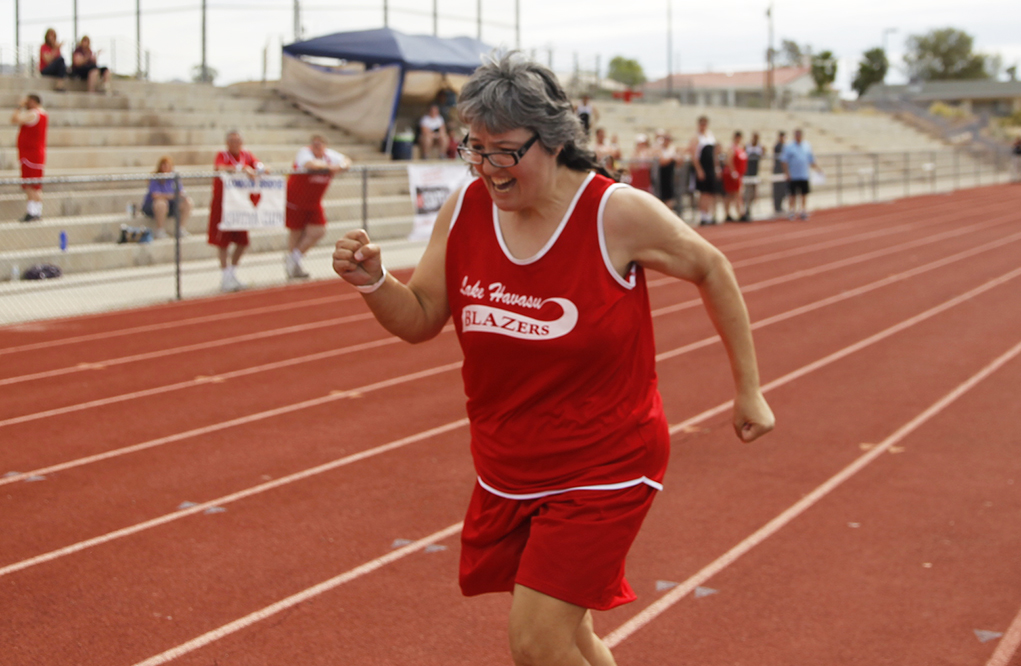 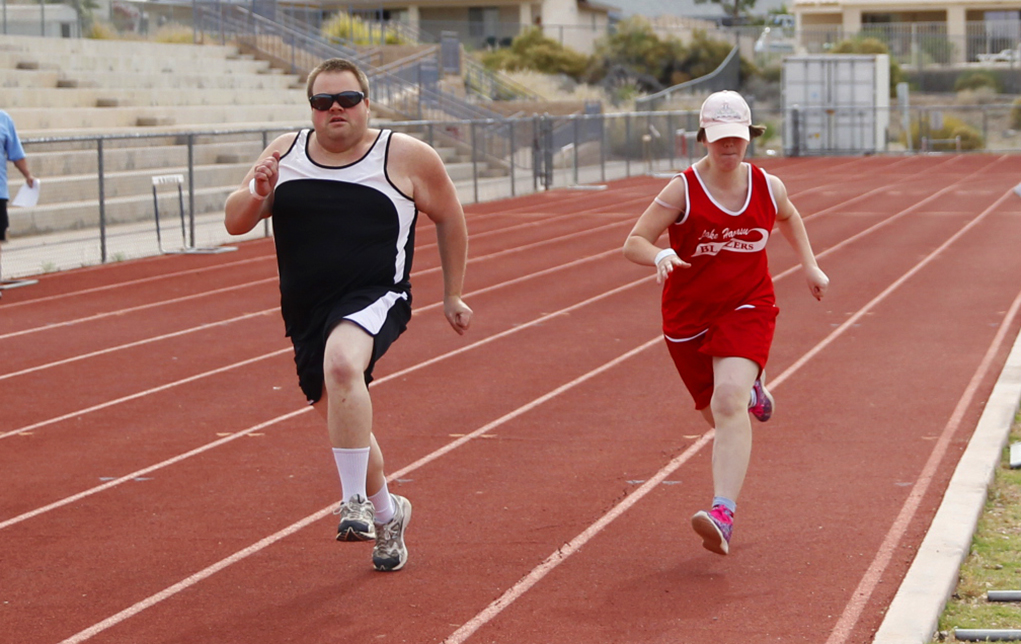 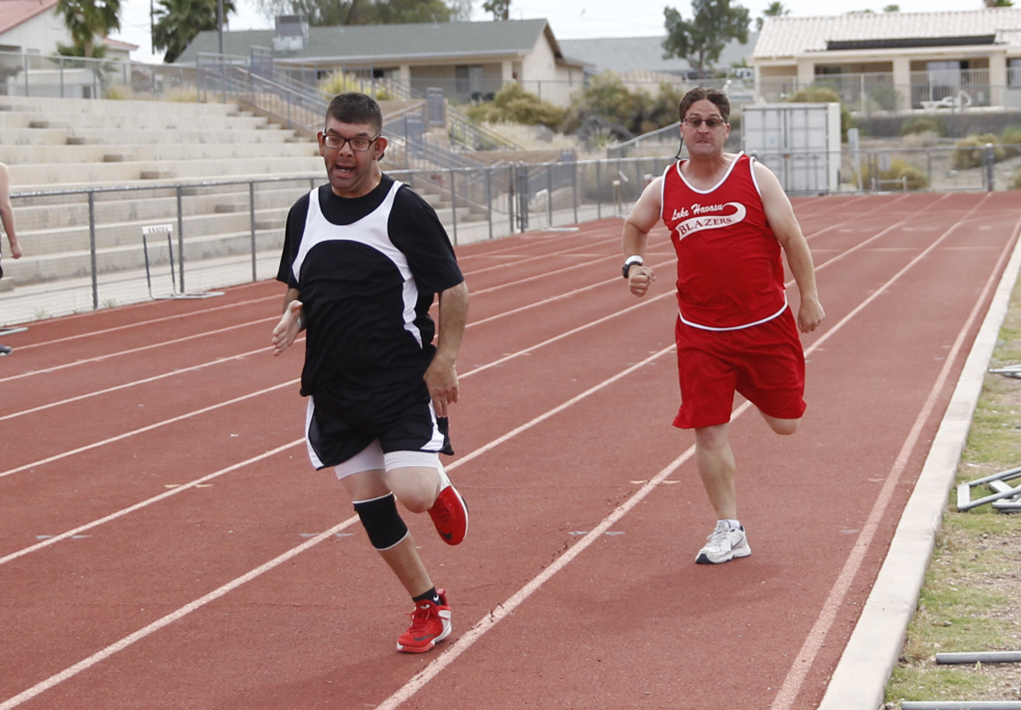 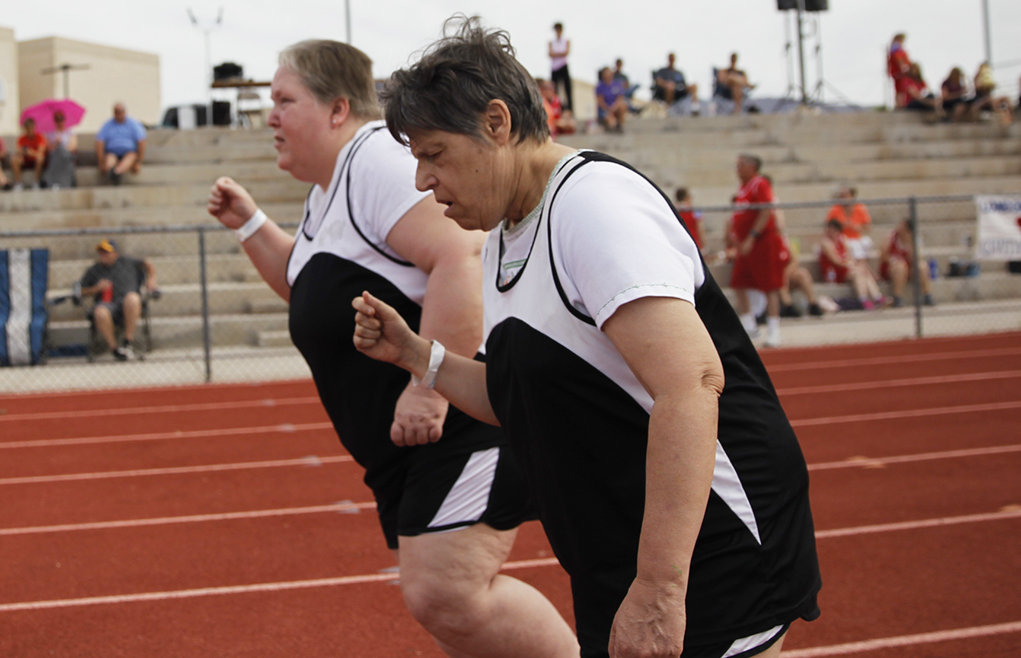 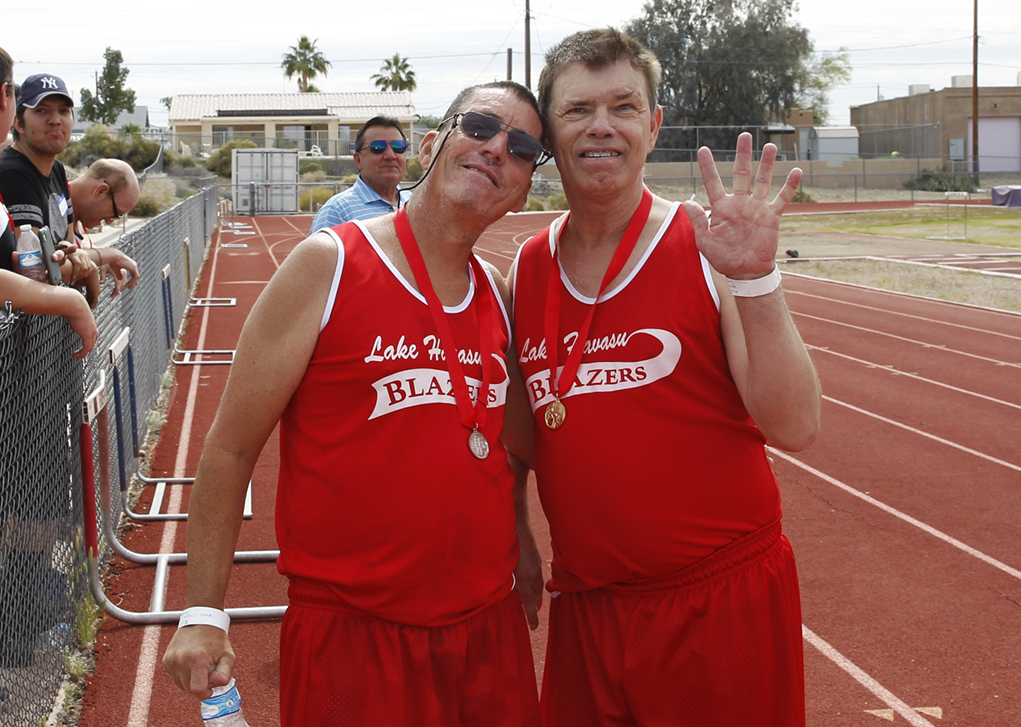