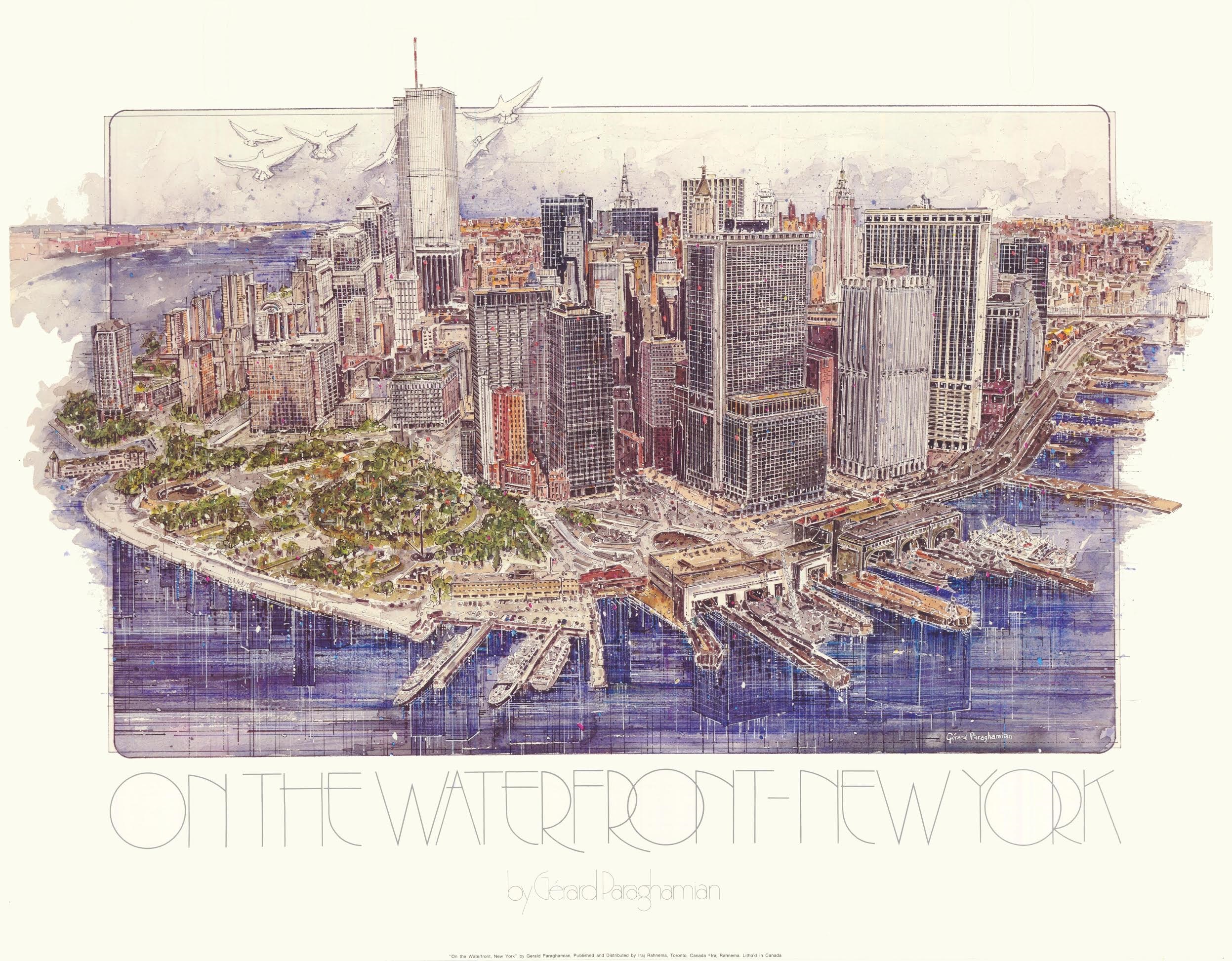 The Interagency Council organization received a special gift from local resident Richard Rahnema, when he donated a fine art painting depicting a Pre-September 11 New York where the twin towers once stood.

The fine art piece along with a few duplicate prints, were donated to be used in an auction to raise funds for veterans.

Last September, Interagency hosted a Wine and Food Extravaganza fundraiser at Shugrue’s Bridgeview room offering a variety of wines and foods. Proceeds from ticket sales went to assist local veterans through the organization. That’s when Rahnema decided to also step in and help.

“I really believe in the Interagency organization and the mission they have. I am also part of the Big Brother program,” said Rahnema.

Rahnema, who practices Law himself, has also contributed to Interagency Council by participating in several events targeted to raise money and often volunteers as a lawyer when they have free legal clinics.

Some of the services that the Interagency Council organization offers in the community are youth services, educational services, counseling for victims of domestic abuse or trauma, and a community food bank that offers food to low-income families, and also assists veterans in need.

“It is very important that veterans be taken care of when they return from service, and I do not think we are doing enough. I believe it is a money issue; we just do not have enough money to do what we need to do,“ Rahnema said.

“If we can send troops into war, then we should be considering the cost of taking care of the troops when they return.”

The art piece, “On the Waterfront-New York,” was created by Gérard Paraghamian, an artist who is well-known for philanthropic causes and for other art representations of other city waterfronts such as, San Diego, Montreal, Vancouver, Toronto, San Francisco and Miami.

The art and rights to print more and sell the art were purchased by Rahnema’s father. The fine art painting features the City of New York, skyscrapers near the water and birds flying around the Twin Towers as they once stood.

“They can use the money however they choose. There is no shortage of people and causes who could use help,” Rahnema said. “They have several programs designed to assist different groups in our community.”

Interagency Council Chairman Angie Saltzman, believes the art work has special meaning for those who lost someone on September 11, but also has meaning to others who simply hold a special place in their heart for New York City.

“It’s a wonderful remembrance tying it to September 11, we have a large group of New Yorker’s here in Lake Havasu City,” said Saltzman. “What September 11 means to some people is different to others and I know there are many out there who would appreciate this art.”

The Interagency Council has not set a price to begin an auction of the donated art yet, but will soon place a starting bid in future fundraising events for the organization.

“We just appreciate Mr. Rahnema’s generosity,” said Saltzman. “The fact that he wanted to be able to share with Interagency something like this is great. We will definitely be showcasing the art prints at other fundraising opportunities.”