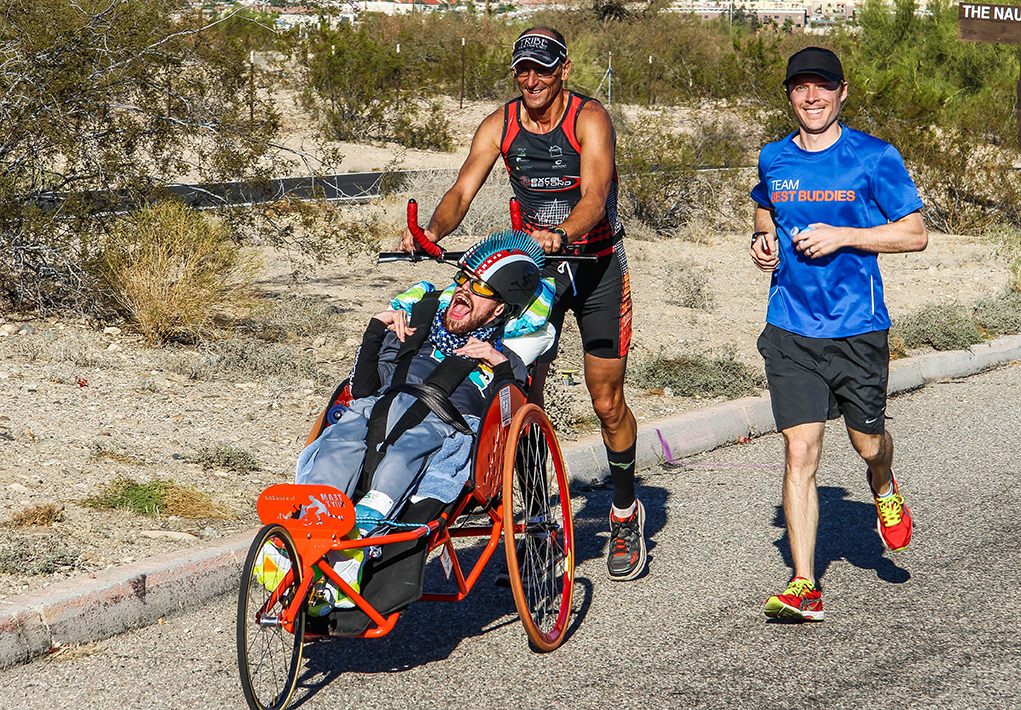 “There was not a dry eye in the house,” said Sandra Canez, who is Patrick’s mother. “I was given the privilege to also place a medal on him.” 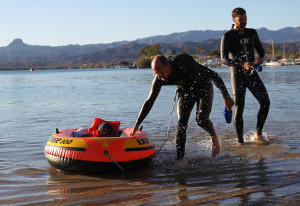 Timothy Bolen pulls Utitus-Canuz onto shore after swimming with him Saturday morning during HITS. Jillian Danielson/RiverScene

What makes Utitus-Canez an extraordinary competitor at the HITS Triathlon is that although born quadriplegic, partially blind and with cerebral palsy, he made it through a triathlon with the help of teammate Bolen, who is involved in the organization known as Best Buddies of Arizona, and carried Utitus-Canez through the race.

Best Buddies of Arizona organization assists people with intellectual and developmental disabilities become independent and involved in society and in the community. Participants can also get involved with “Team” Best Buddies which allows athletes, runners and other competitors to race along with a paired buddy with special needs.

“As a marathon team member, the honor of giving is there from day one,” said Tabitha Thornhill Jones with the Best Buddies of Arizona organization. 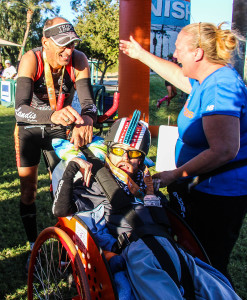 “To lend one’s heart and physical ability to enrich the lives of others is an easy thing to do because when you see their faces light up its beyond priceless.”

The organization consists of several programs. One is at the middle-school level, high school, college and beyond for adults. Each program pairs a student with a child with special needs and with another student and helps build friendships and includes everyone with or without a disability.

Canez started in the program in 2005 and has been involved in several races, and competitions throughout Arizona, because of the organization.

“When Patrick found out he was going to compete for the triathlon in Lake Havasu with his team buddy, he was excited,” said his mother. “He was even more excited when they started to train.” 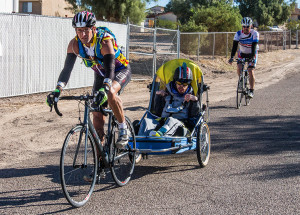 This past weekend’s race was visited by strong winds and cold weather and did pose a few obstacles for the team at the HITS Triathlon, but Utitus-Canez and his Team Buddy did not let it stop them from finishing the race.

From the swim, to the bike loops through the mountains and finally running, Utitus-Canez and Bolen did it all. At the end it didn’t matter if they had placed first, second or third place. What mattered was being able to reach the finish line.

“I am very proud and impressed just by the willpower that they have, they had the will power to finish the triathlon,” Utitus-Canez’s mother said.

“His disability has no limitations, we told him there isn’t anything that he cannot do, with modifications of course, but there are still no limits.”

For more information on the Best Buddies Organization, visit www.bestbuddiesarizona.org, or call 602-253-6301. 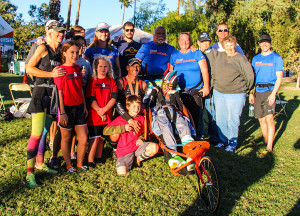 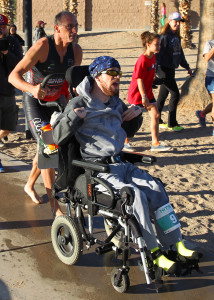