‘Stars Under The Bridge’ Salutes Veterans 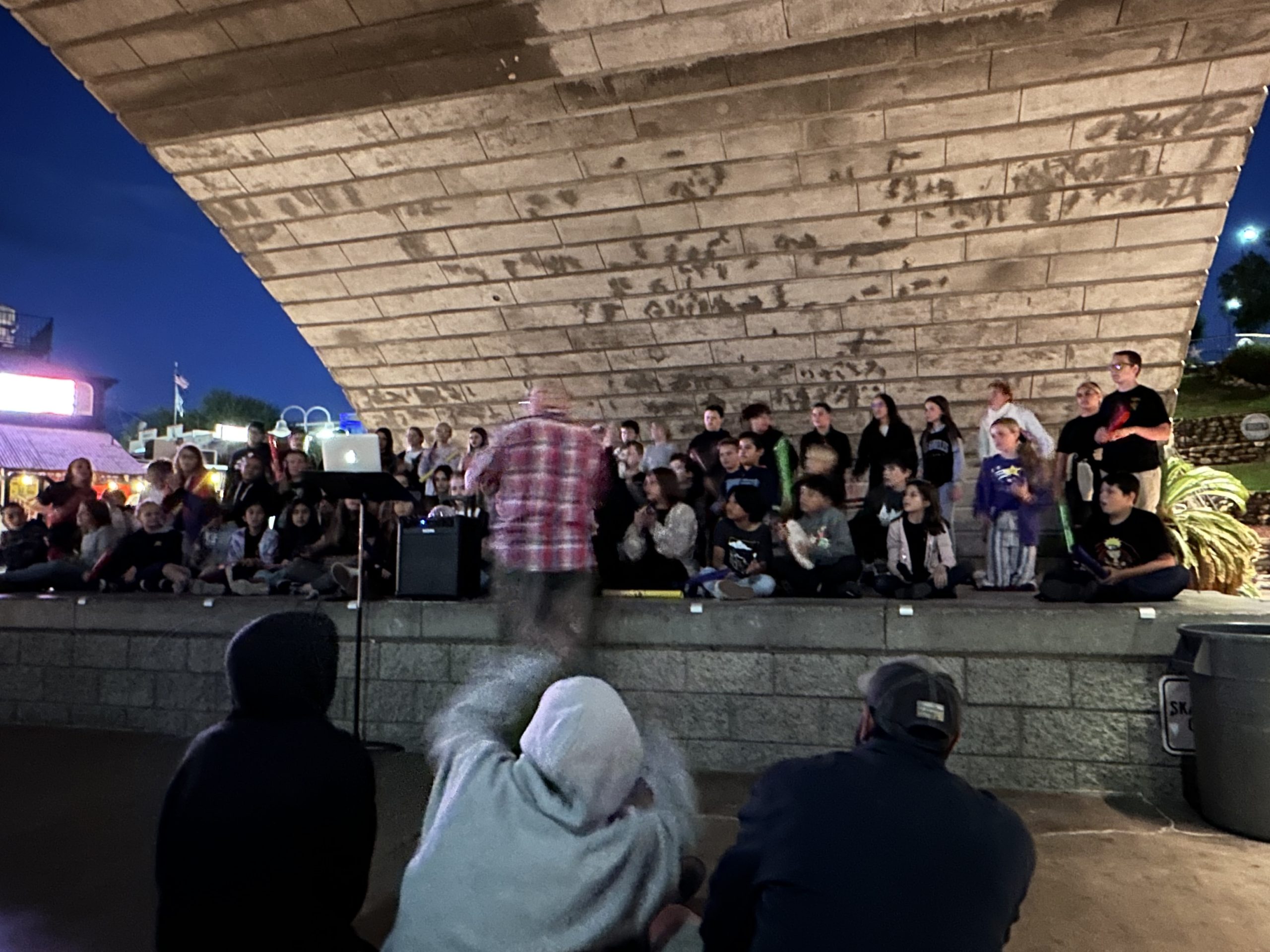 “Stars Under The Bridge” is soon to be a mainstay for five months under the London Bridge in Lake Havasu City. 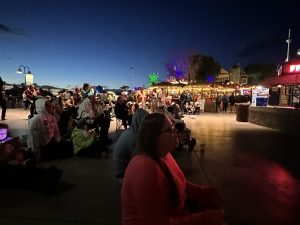 Starline Principal Ginny Sautner said the school was excited to present its students.

“Mr. Huntting – the music teacher – joined us and we really talked about making our music program something that could connect our school back to the community,” she said.

“He came up with doing ‘Stars Under the Bridge’ which would be a monthly concert showcasing our students as performers on what songs they are working on in order to share back with the families what we’re doing and also invite all the community out and enjoy their little angelic voices,” she said. 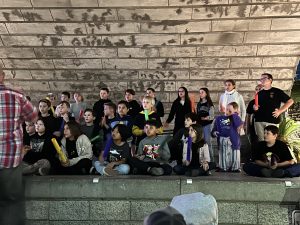 Sautner said each performance has a theme. “This was sixth grade and because it’s November, the theme was our veterans so their songs were patriotic in nature.”
She said the students will perform at the school on Veterans Day for a group of veterans.

“We are participating and coordinating with the Havasu Memorial Walkway Foundation in an essay competition. These sixth graders will write essays for the chance to win $500 and to have a brick placed under the bridge on the Memorial Walkway. 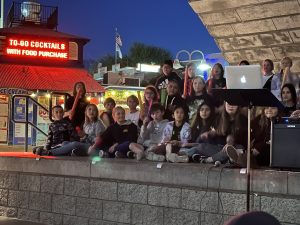 Darren Huntting is the music teacher at Starline.

“We are calling this ‘Stars Under the Bridge’ – since these are Starline students. We were going to do this once a month but the bridge unfortunately is under construction January and February so we’re only doing five months and each one we’ll do something different.

“Tonight, we’ll do two songs that we’ll do at our Veterans Day assembly coming up next Thursday and we’ll be doing the National Anthem which they’re supposed to know by now in the curriculum,” he said.

“We’ll do an awesome medley which is a salute to our armed forces – all five branches of the military – and then we just played three boomwhacker songs that had a lot of percussion in them and then of course, our last song was “Never Gonna Give You Up,” so we Rick Rolled the audience that was super fun,” Huntting said.

“I didn’t know so many students knew what Rick Rolling was but because of COVID, they were familiar with that video and they asked if we could Rick Roll their parents and I thought oh my gosh what a great idea.”

What is Rick Rolling?

Huntting said, “Well back in the 1980s Rick Astley had like three hits and I think this was his first one. … When YouTube came out, we got to see the video from MTV again and then in the 2000s, people began getting their emails, announcing meetings etc., and this song would be the first thing they heard, it just became known as being Rick Rolled.

“Then in 2008, he (Astley) Rick Rolled everyone at the Macy’s Thanksgiving Day Parade on the Sesame Street float.” 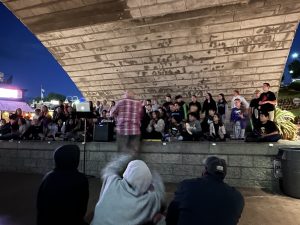