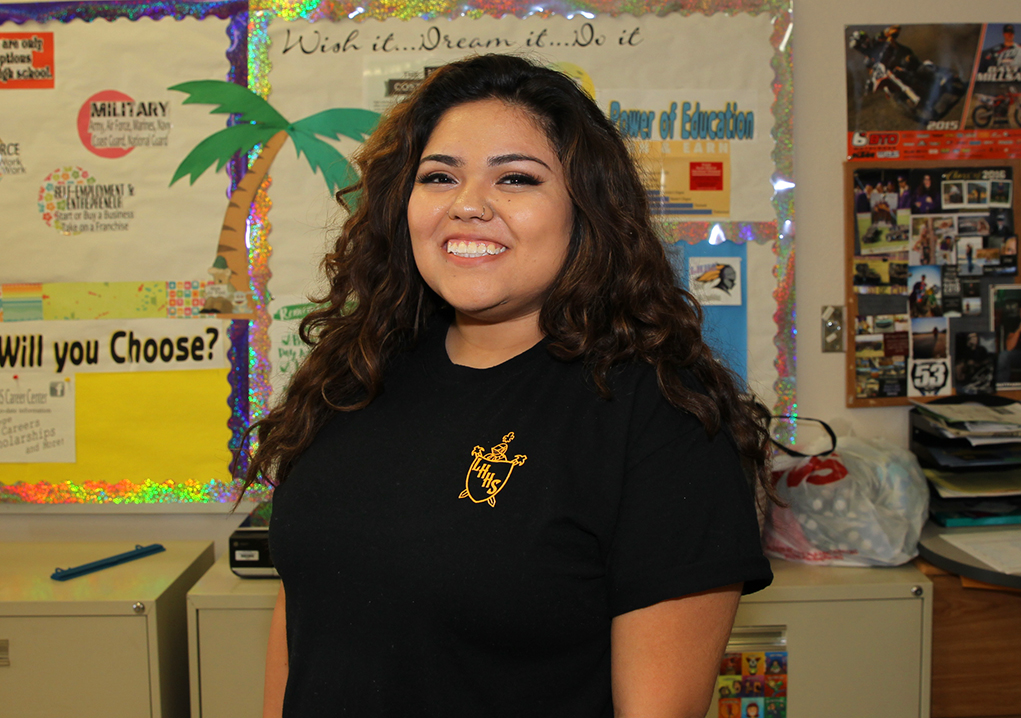 Lake Havasu High School has one senior student who has played it smart aligning herself to move forward seamlessly into college courses in 2017. It is her spirit and faith in herself that has propelled her through the process.

Andrea Salce, 18, began exploring the high school’s early childhood program with interest of possibly becoming a pediatric physician when she grew up. But, the more she learned, the more she discovered that she just wanted to entertain others.

“I’ve always wanted to entertain, and I wanted to do something behind the camera,” Salce said. “I found out I am really bad at making music, the first semester was horrible for me.”

The high school’s curriculum is geared toward audio video, or AV as she calls it, is where she learned of her own strengths and of the trade’s ins and outs every week.

“I outshined myself with video,” Salce said. “I’m not a very serious person but my videos are very serious topics.”

Writing was another interest uncovered while at LHHS. A scholarship for English led her through courses centering on literature. One gothic writing assignment emerged into a 32-page book.

“I took it too far and wrote a book,” Salce said, with a laugh. “I think it’s a good story, of course, because I wrote it but, it’s scary, and it keeps you on the edge of your seat.”

Salce also is a certified nursing assistant, having earned her accreditation through the high school’s WAVE program in June. She worked for a local nursing home during the summer.

The hobby of standup comedy is a big draw for Salce.

“I’ve always liked telling jokes since growing up,” she said. “In elementary school, I got picked on a lot. I had a speech impediment being bilingual, so, I started making fun of myself before anyone else could.”

This year has been a turning point in believing in herself, which has allowed the confidence to go on stage.

“Three-year-ago Andrea would not go up in front of a crowd,” Salce said. “This year, my senior year, I just told myself, ‘I really want to do this, I’m never going to see these people again.’ I stopped caring about what people think and just do what I want.”

Salce’s standup comedy act was performed at the LHHS Acoustic Night in September, and she even participated in open-mic night at the local Starbuck’s a time or two.

“I’m the older sister, so I have to set an example,” Salce said or her strong direction in life’s decisions that lay ahead.

In alignment with her parent’s guidance and suggestion, Salce’s plan is to graduate LHHS and attend two years at Mohave Community College here in Havasu before enrolling in Northern Arizona University, in Flagstaff, with coursework in public health and teaching.