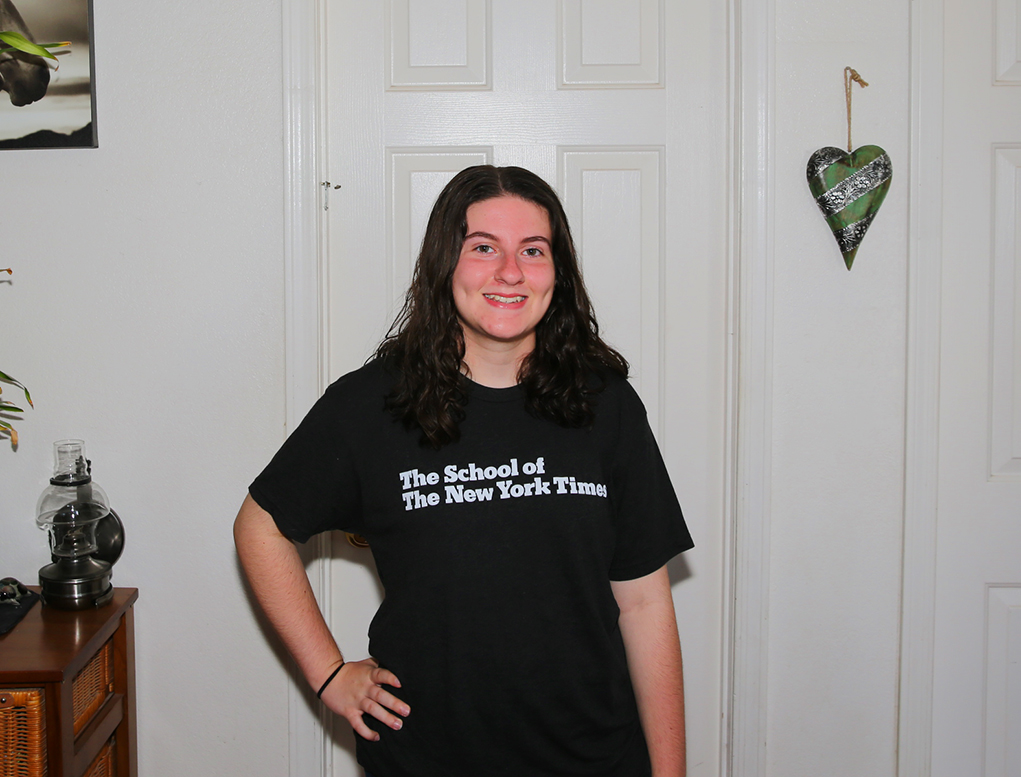 Lake Havasu High School freshman Charlotte Upshaw believes exploration and adventure is the key to her education and future – a notion that led her to summer enrollment at The School of The New York Times and dreams of riding the subway and residing in a top-notch penthouse in the Big Apple.

“There’s not that many opportunities in Havasu where I can learn about something I’m so passionate about,” said 14-year-old Upshaw on why she sought out the school in New York City. “And, especially The New York Times, who wouldn’t want to go there?”

Upshaw’s mother, Holly Upshaw said Charlotte did the legwork when it came to finding the program.

“She found it on her own,” Charlotte’s mother Holly said. “She filed the application, was accepted, and even looked into financial aid that got half the tuition knocked off.” 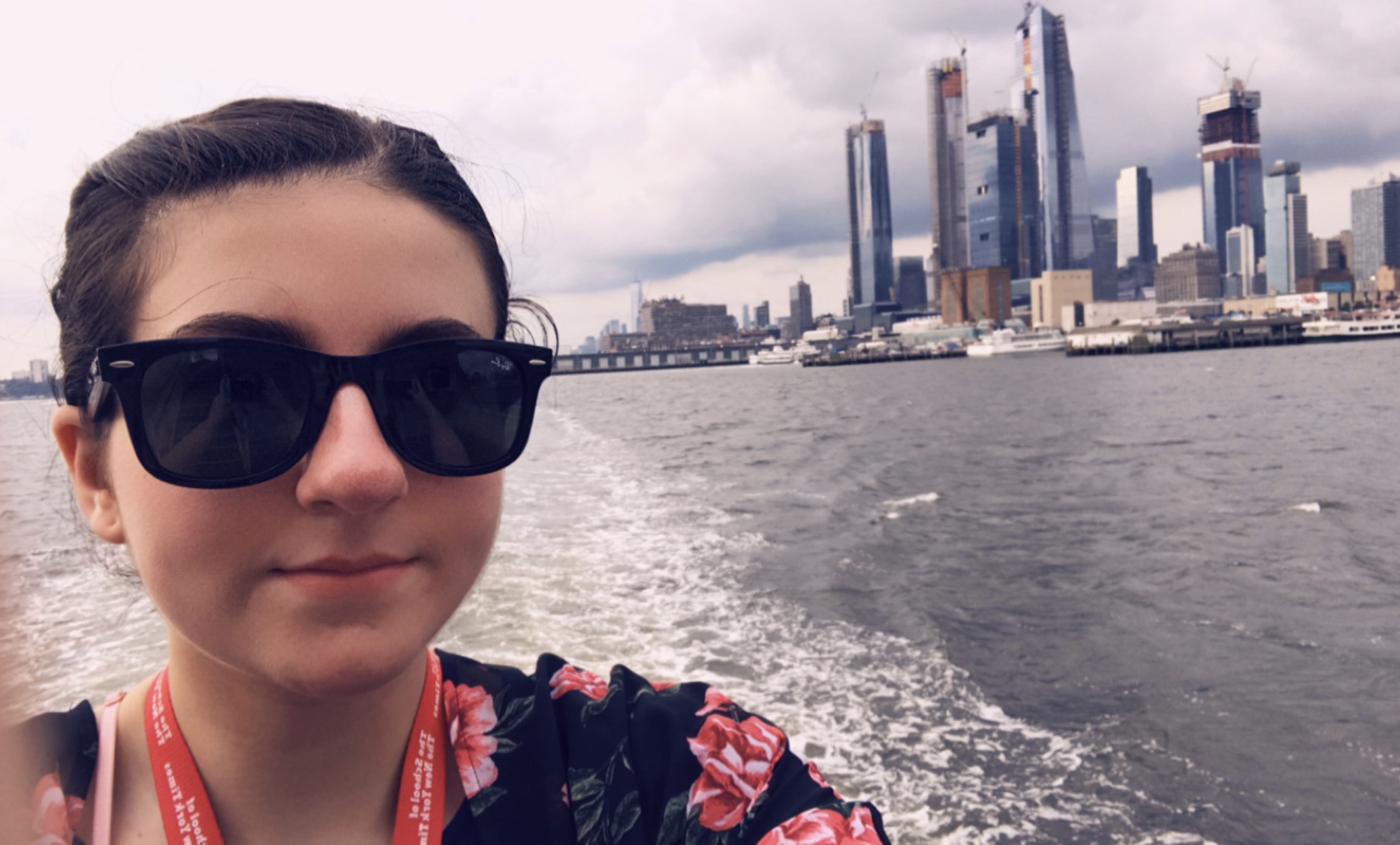 The online application process was a series of short essay questions that had to sum up in 200 to 300 words. The process took a few weeks before acceptance, and there were grant-based financial aid packages, too, Charlotte said.

Upshaw soon found herself in a 22-story high-rise building on Fordham University’s Lincoln Center Campus, which is across the street from Lincoln Center in NYC. There were free nightly concerts at the Center, she said. 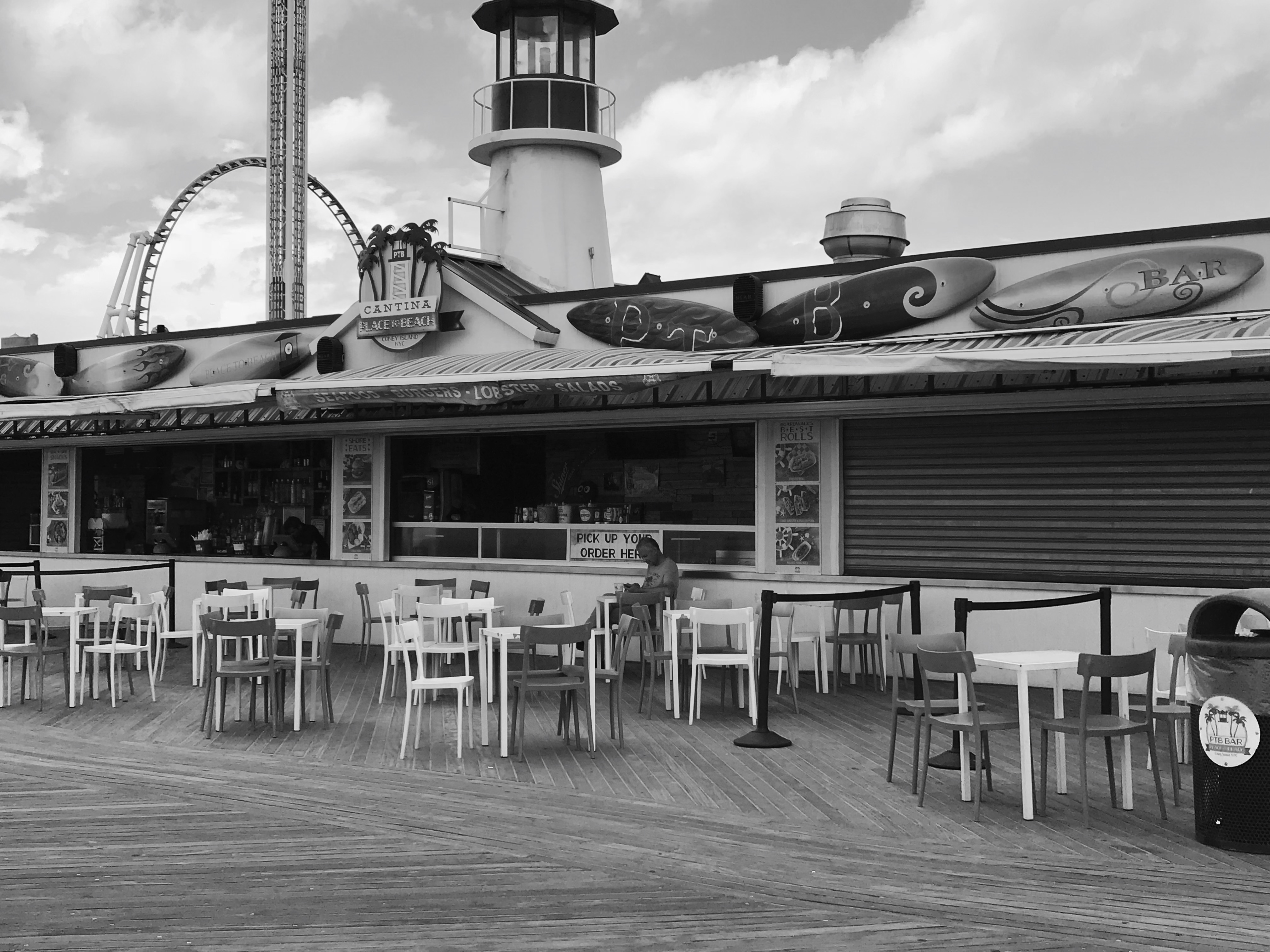 The exploration course’s curriculum Upshaw chose at the school was Cultural and Creative Writing/Photography/Music Business, which is part of the school’s NYC Summer Academy. With each of those topics presented in three-day modules, Upshaw’s time was balanced between classwork, lectures, field trips and sightseeing from July 22 to Aug. 3.

During her stay, Upshaw learned of 48 different countries represented and at least 400 students per two-week term at the Academy. Other than her term, there were three others, she said.

“I think it was a massive eye-opener on what I could do, I’ve never looked into it that far,” Upshaw said of her NYC journalism experience. “It’s a huge business and it’s one that is never going to go away.” 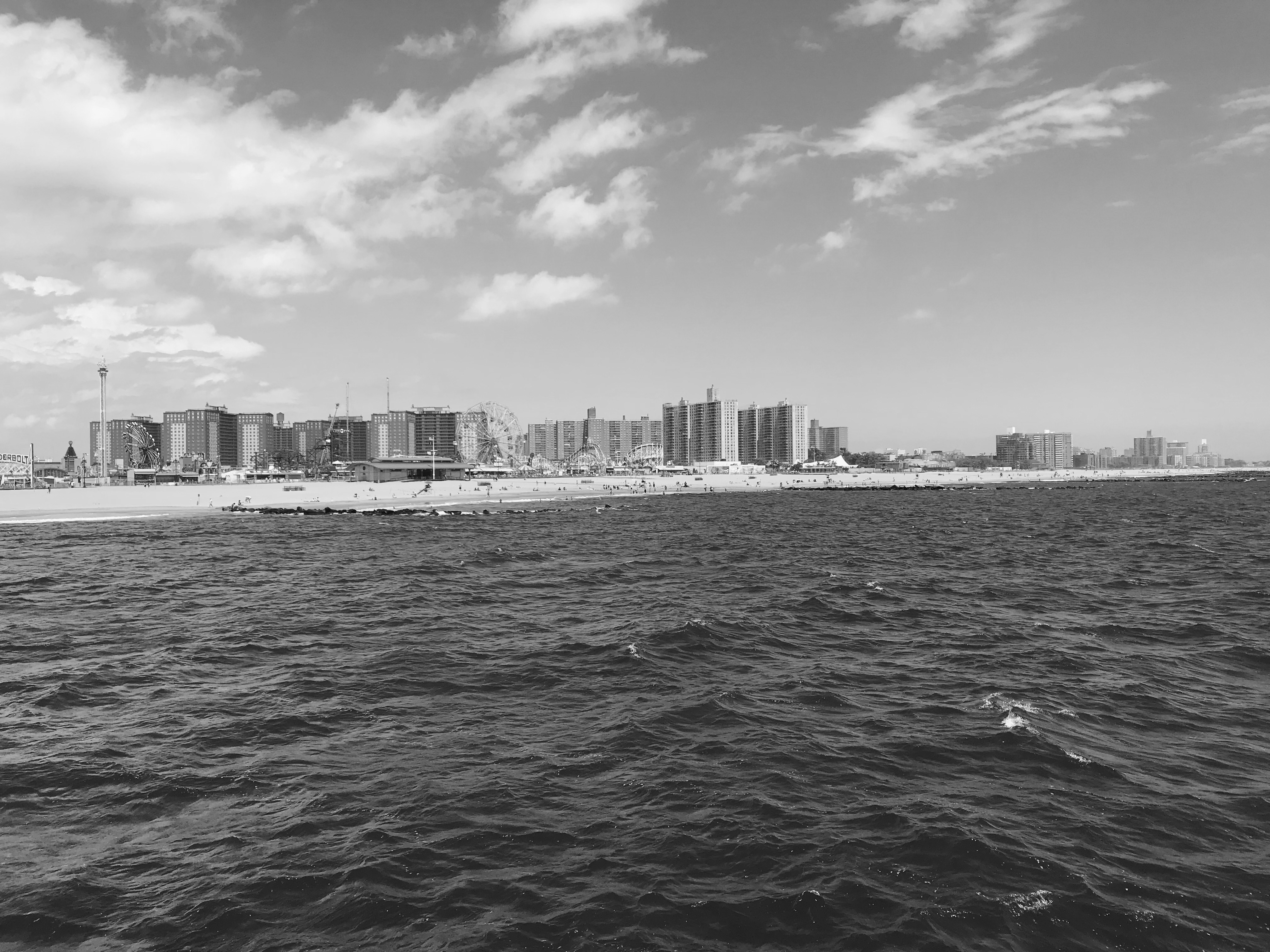 A photo of Coney Island taken by Upshaw for the photography course in New York. Photo courtesy Charlotte Upshaw

The opportunity for field trips and sightseeing in NYC included the Museum of Modern Art, attending the Broadway show “Aladdin”, a visit to Coney Island, a tour of The New York Times building, and a sunset cruise of New York Harbor that included sightings of the Statue of Liberty from the water and the iconic bright lights of the New York skyline.

“It felt like college to me,” Upshaw said, “It was so independent.”

According to the website www.nytedu.com, many of the faculty are writers, editors or photographers of The New York Times or other industry professionals.

“He really taught about the fundamentals and how much does go into a picture and what comes back out of it for it to be meaningful,” Upshaw said of photography instructor Estrin. “With writing you can think about it, but with a photo you see it all in one second and you need to form an opinion about it. The photos draw you to an article, too.”

Upshaw said she aspires to becoming an author one day because of the freedom of what she can write about. 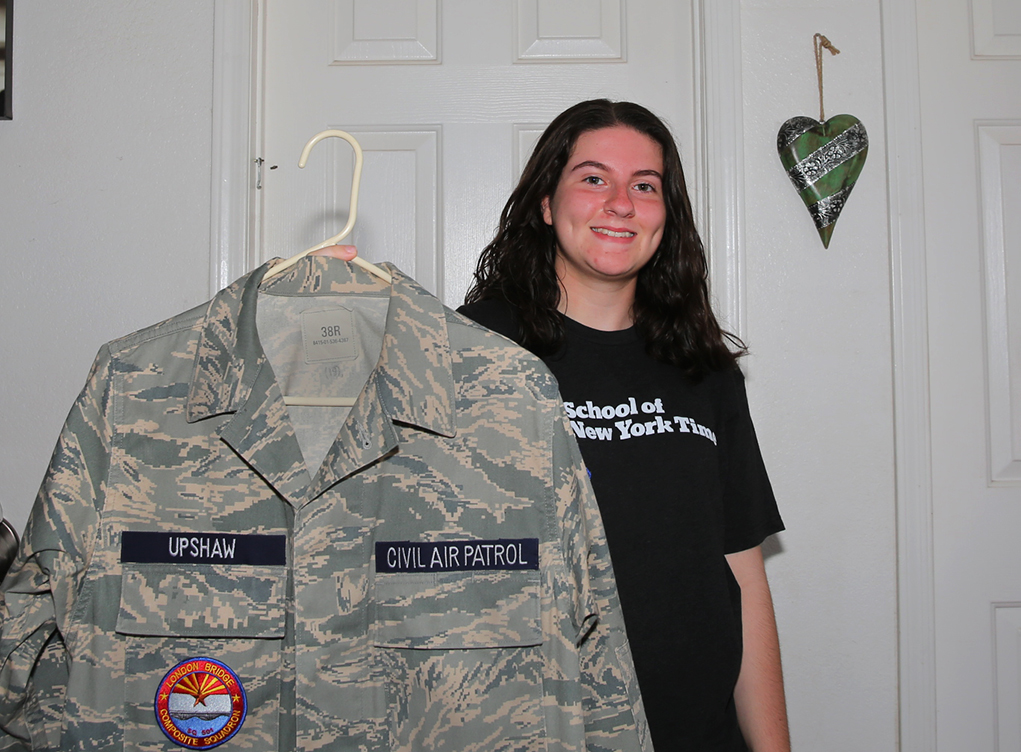 The teen also is involved in Civil Air Patrol’s Cyber Patriots, a group that meets weekly in Havasu. It is funded by the U.S. Air Force Auxiliary. On Saturday, Upshaw was indoor skydiving in Las Vegas, Nev., with the group.

At LHHS, Upshaw is involved with HOSA, or Health Occupation Students of America.

“I am starting to lean toward the medical field of psychiatry and pharmaceuticals,” she said.

Upshaw went to summer school at LHHS and completed a full-year of algebra within one month. The feat familiarized her with the campus before her initial days as an incoming freshman.

When it comes to her interest in journalism and industry exploration, Upshaw attributes the classwork of audio, music, visual and business curriculum at the hands of Mr. Mickey Moschetti, her eighth-grade English teacher at Thunderbolt Middle School, in Havasu.

“He was an awesome teacher,” Upshaw said. 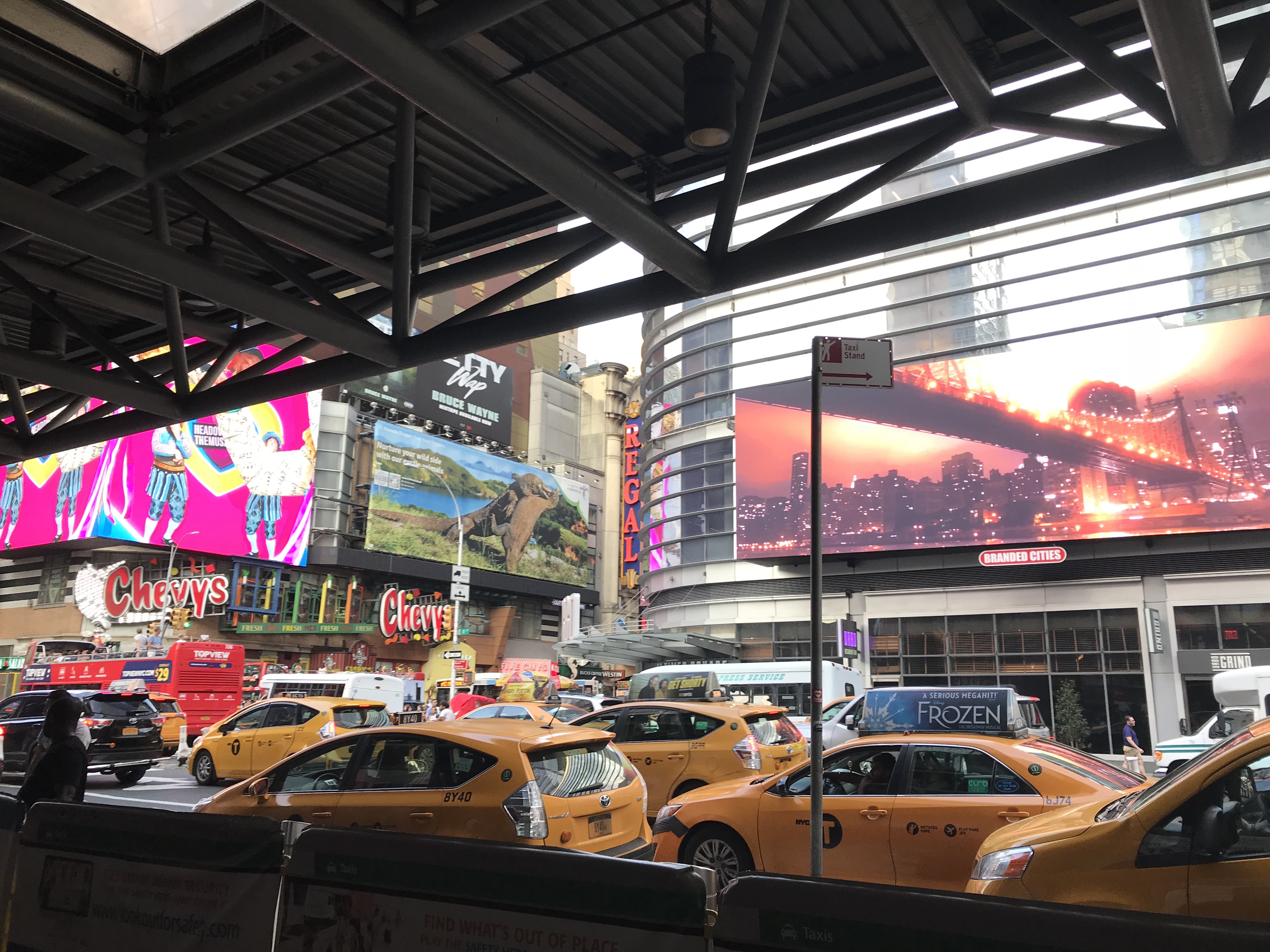 One Response to “STUDENT SPOTLIGHT: LHHS Freshman Charlotte Upshaw And The Big Apple”