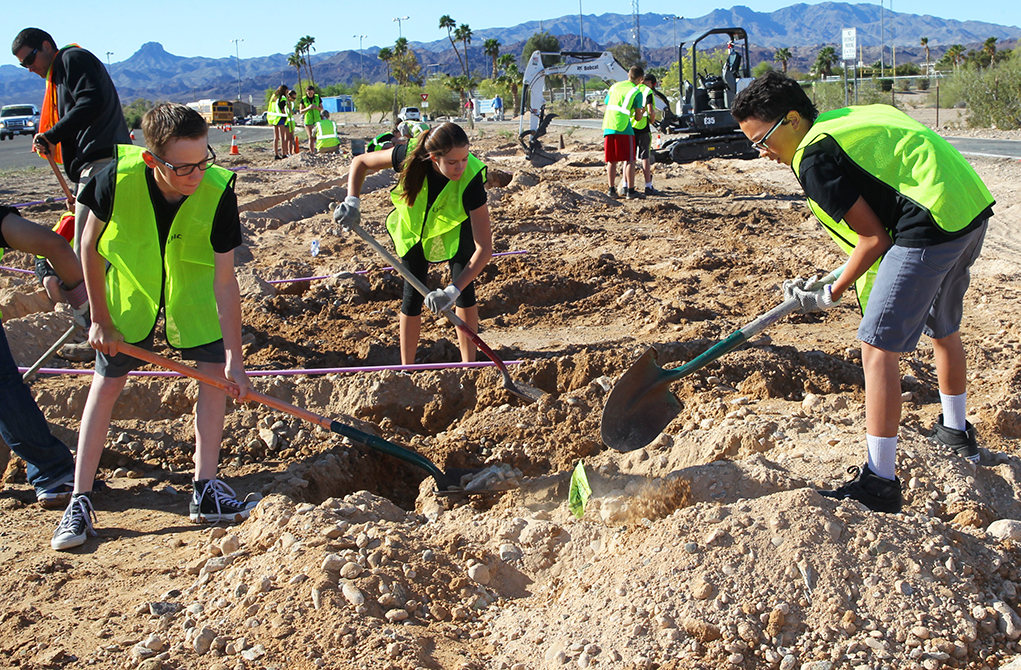 Thunderbolt Middle School honor students teamed with city workers this week on a water conservation project set to spruce up McCulloch Boulevard near the Island Ball Fields by Friday. 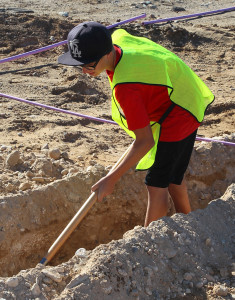 The design included a series of trenching, and removal of a small section of concrete curbing that would allow for storm and rain water to occasionally flow over the desert plants planted in that section. The soil acts as a filter for that dirty and somewhat oily water as it replenishes underground aquifers.

“It’s plumbed for reclaimed water,” she said. “With the climate changes, there has been less rainfall each year in Havasu. So, we do have to supplement.

The project began Wednesday and ends Friday. So far, about 70 students have participated. Another 35 will be brought in by bus Friday to take their turn on the three-hour morning shifts. 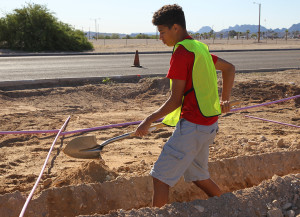 “I heard of the field trip but didn’t expect to be doing this,” said 13-year-old Kassadie Apa, Thunderbolt eighth-grade science student. “But, it’s better to be doing something and making a change in the town and helping to make it better. I think it’s really cool they are having us help them instead of having us just sit down and have them tell us.”

Dustin Black, Thunderbolt eighth-grade advanced science teacher, said curriculum in the classroom will mirror some of the topics being presented by the project, studies of water and weather systems and the ecosystem.

The project cost totaled about $5,000. It was fully funded by community donations and fundraising efforts of the students. Benefactors include Keep Havasu Beautiful Committee, Lowes Home Improvement in Lake Havasu, and Mudshark Brewery Company. 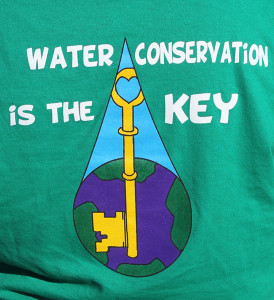 A tshirt designed by a Thunderbolt student for the project. Jillian Danielson/RiverScene

“This is the first-ever project like this,” Eidmann said. “It’s been amazing. It’s been just unbelievable.” 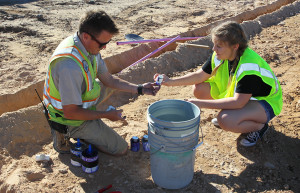