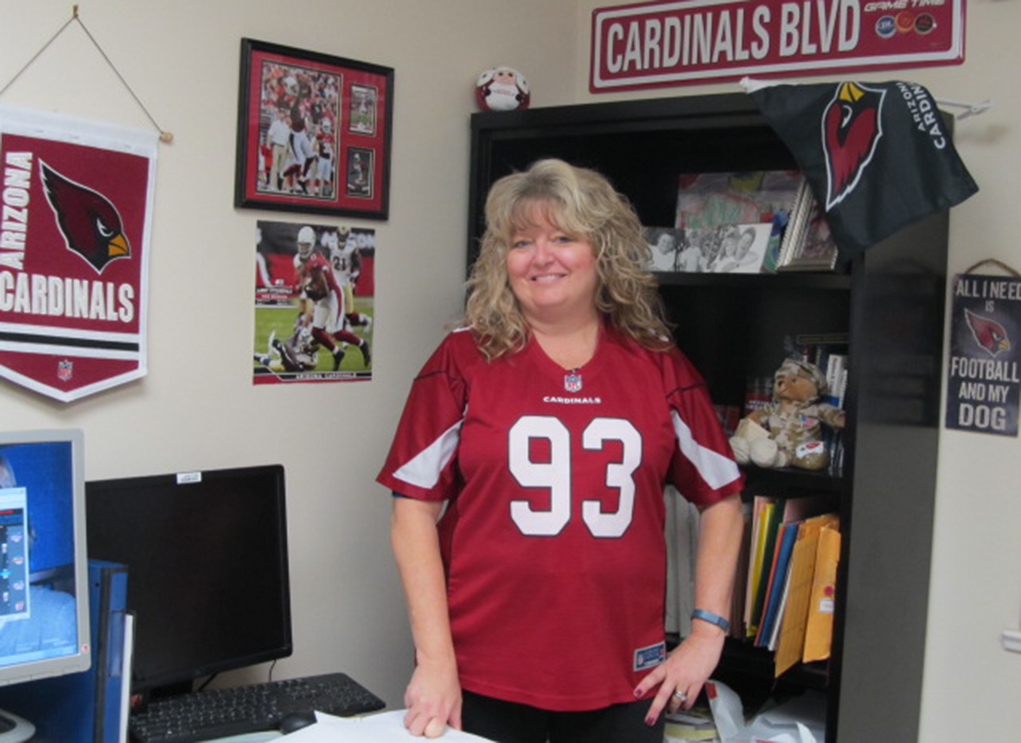 This is first of an occasional series of Super Fans around Lake Havasu City. 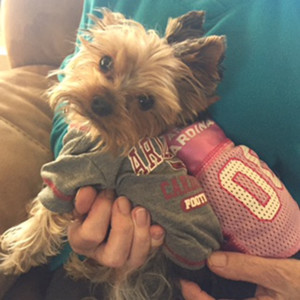 Julie Sasseen is that special kind of fan. Her Yorkie has his own Cardinals jersey.

Sasseen doesn’t just love the Cardinals. “It’s more of an addiction!” she says.

She doesn’t come from a family of sports addicts, although her husband and son did like to watch and attend football games. Rather, her addiction began when she entered a football pool seven or eight years ago. She didn’t win the pool, but she decided she needed to study the teams so she could understand the game and make a better choice in the next pool. She watched football games on TV and found that she really liked the game. She finally went to her first Cardinals game in 2009.

“I didn’t know which team I wanted to follow,” Sasseen said, “but I thought since I lived in Arizona I should be loyal to the Cardinals.” 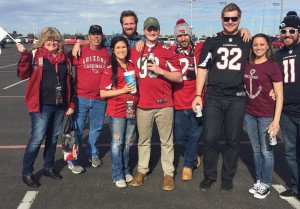 Sasseen poses with family and friends for a photo at a Cardinal’s game. submitted photo Julie Sasseen

Since then, she has missed only two home games, and only because she was vacationing in Europe. The University of Phoenix Cardinals Stadium soon felt like home to her.

After paying for individual games, she realized it was a lot less expensive to buy season tickets, so in 2011, she did.

“We were given seats 1 and 2 in section 134, Row 37,” Sasseen explained. Later we purchased two more tickets for the family, but they were a section away from us. Next year, we hope to get all four seats together.”

No super sports fan can avoid collecting the multitude of memorabilia every team merchandises. Once family and friends learned of her Cardinals addiction, they began giving her Cardinals mugs and other team mementos. 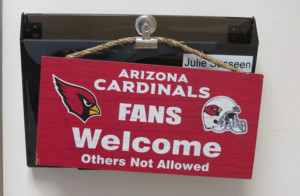 Since Sasseen spends a lot of time at her job at Havasu Regional Medical Center, she decided to keep her Cardinals paraphernalia in her office, where she could enjoy it daily. At her office door, visitors are greeted by a red sign that proclaims “Cardinal Fans Welcome” but “Others Not Allowed.”

Her office screams “Cardinals!” There are bubblehead dolls, game tickets, Cardinals mugs, Cardinals scarves, a Cardinals door wreath, a Cardinals Boulevard street sign acquired from a store that went out of business, photos of one of her favorite players, Larry Fitzgerald, and even a Larry Fitzgerald doll. But her prized possession is a signed Patrick Peterson football that she won in a Cardinals lottery. It sits in a glass display case in a place of honor in her office.

Sports clothing is a big part of a fan’s love of the sport, and Sasseen has a Cardinals jacket and numerous jerseys, gloves and scarves.

“It I could, I would wear my Cardinals jerseys all the time,” Sasseen laughed. 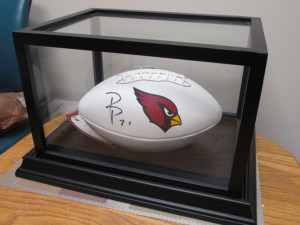 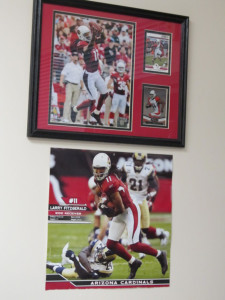 If you would like to nominate a Super Fan of sports, bands, comics, etc.  from around Lake Havasu, email us at info@riverscenemagazine.com.