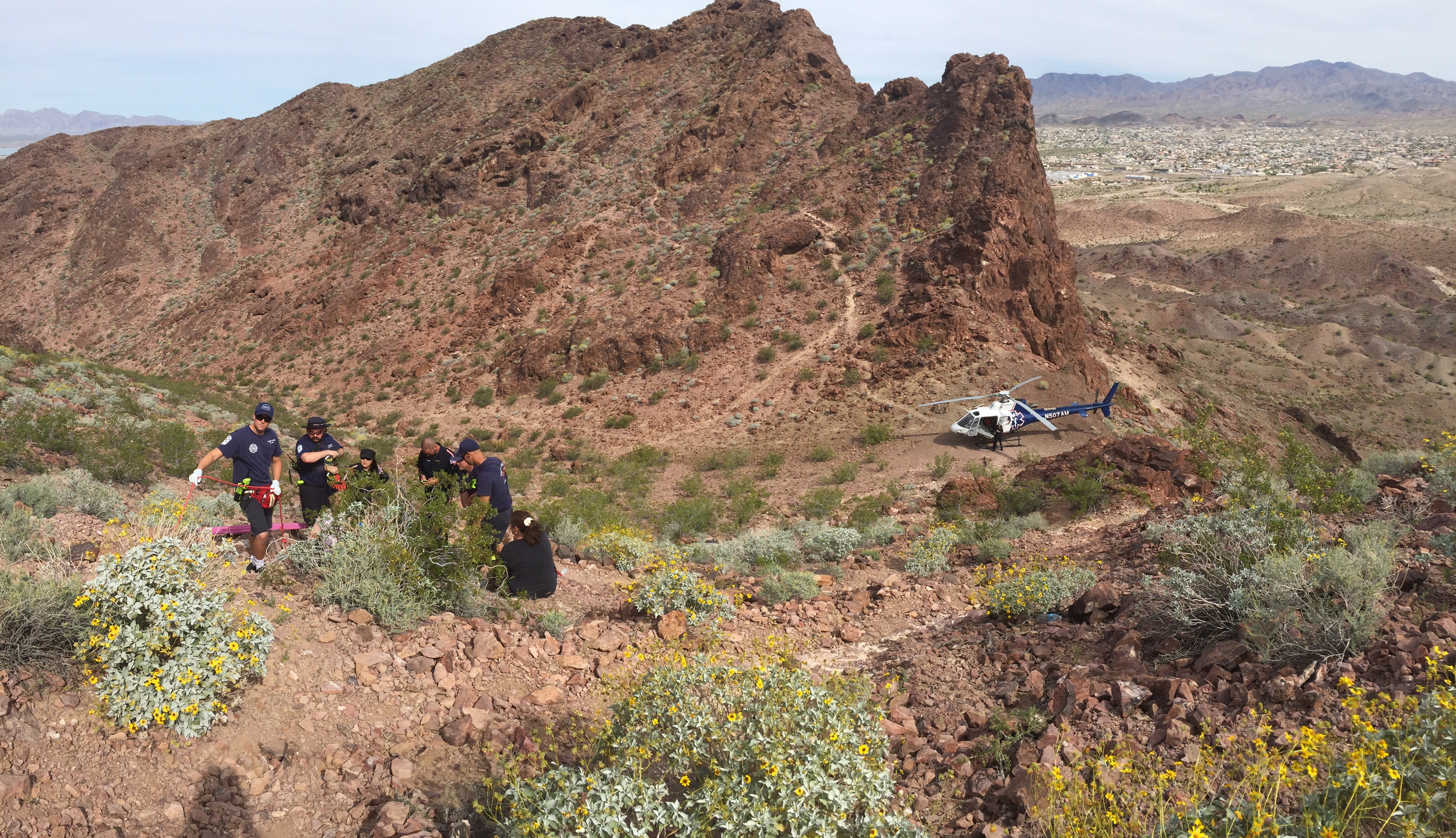 At approximately 9:00 a.m., Sunday, March 29, 2015, Lake Havasu City Fire Department’s (LHCFD) Rescue 3, Rescue 4 and Battalion 1 responded to the SARA Park trail head for a hiker that was injured in the area of Table Top Mountain. On the way to the call, Rescue 3 Captain was in voice contact with the injured hiker via cell phone to help determine the level of injury and resources that may be needed to affect the rescue based on the hiker’s location on the mountain. LHCFD crews transported equipment to the base of a trail which leads to Table Top Mountain.

Six LHCFD crew members hiked a Stokes basket, medical equipment and rope rescue gear up to the injured hiker. The hiker was found approximately 200’ up a fairly steep north facing slope that leads to Table Top Mountain. Due to injuries, the hiker was unable to stand or assist LHCFD crews with self-extrication. Based on the steep, loose terrain and the distance to the trail head, the decision was made to fly the patient from the mountain for the safety of all parties involved. Rescue 3 and Rescue 4 used a Stokes basket with simple belay line to lower patient approximately 200 feet down the mountain to a midway point, where it was safe for a Native 8 Air Crew to land the helicopter. LHCFD rescue crews escorted the other member of the hiking party down the mountain. CERT responded with seven members to assist with rehab duties for the rescue crews.  LHCFD was on scene for three hours to complete the rescue.

For more information, contact the On Duty Battalion Chief or Division Chief at 928-486-3507 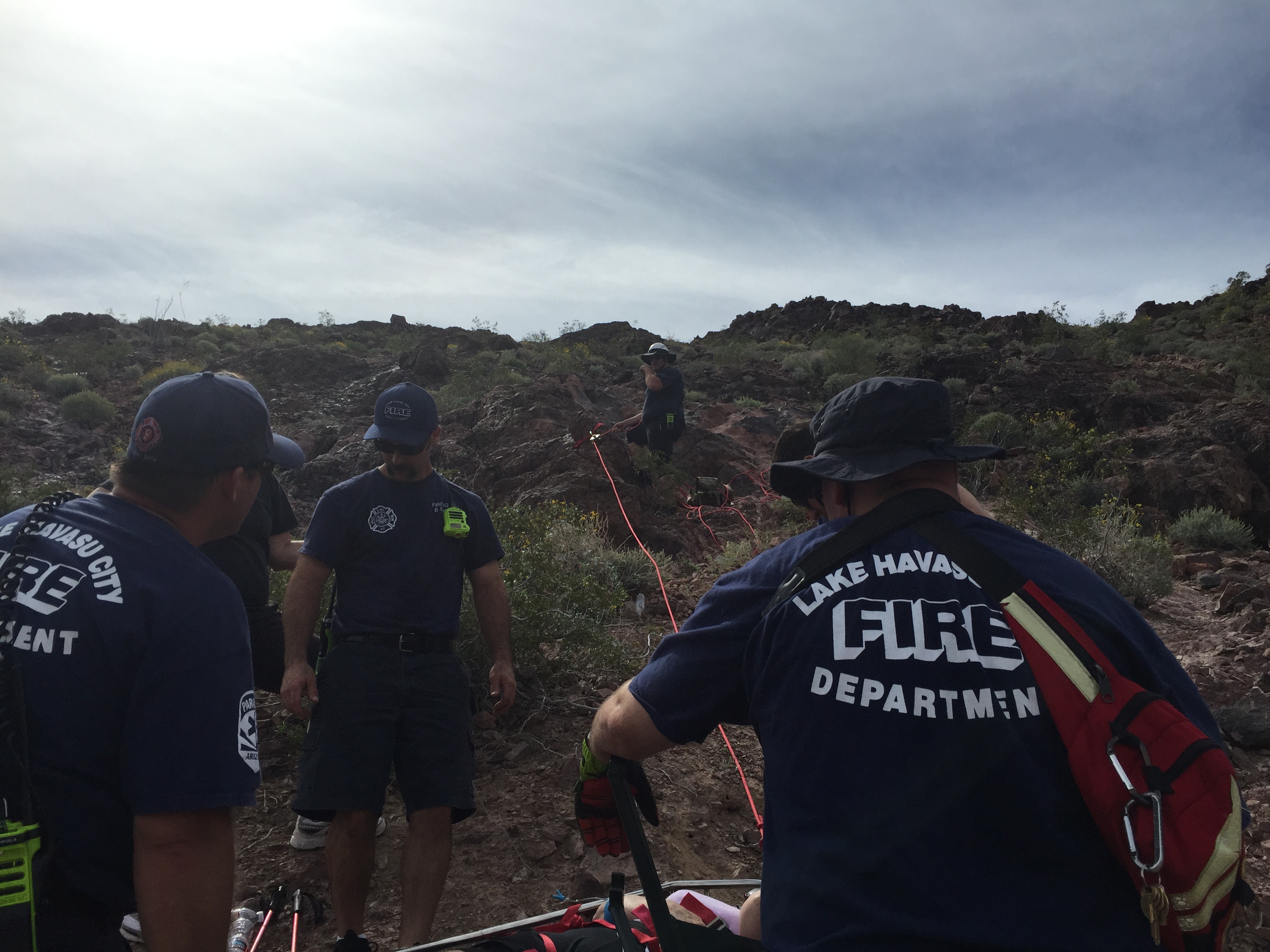