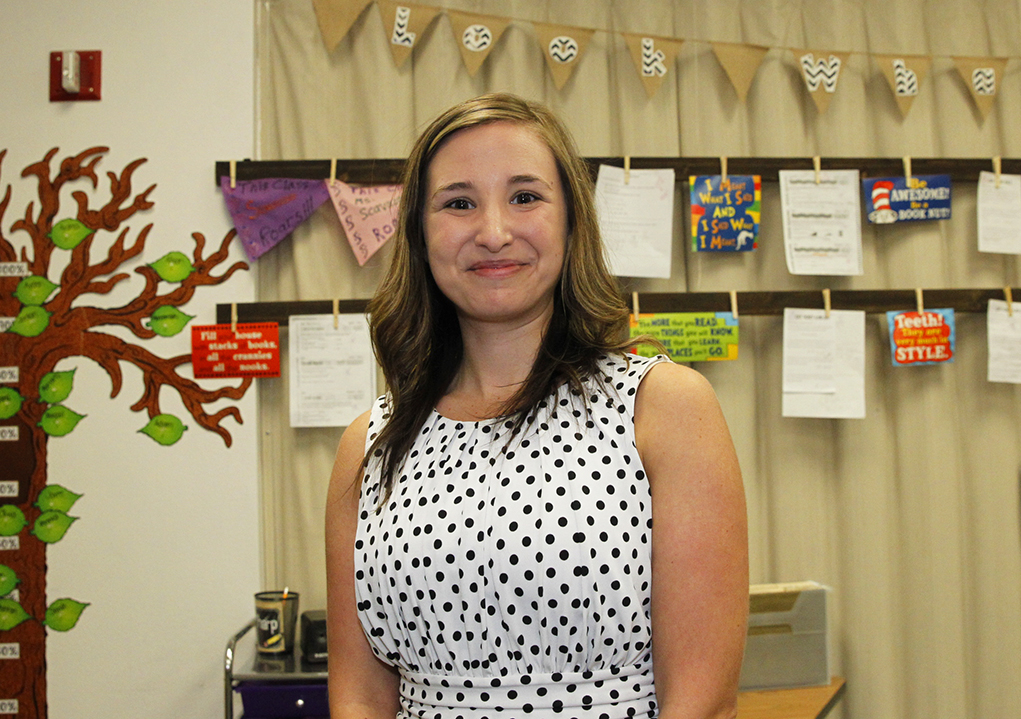 Teachers took it to the beach at Smoketree Elementary this week as teacher and staff appreciation festivities had the educators reaching for glazed donuts as they relaxed Adirondack-style with their toes in the sand – in the school’s teacher breakroom. 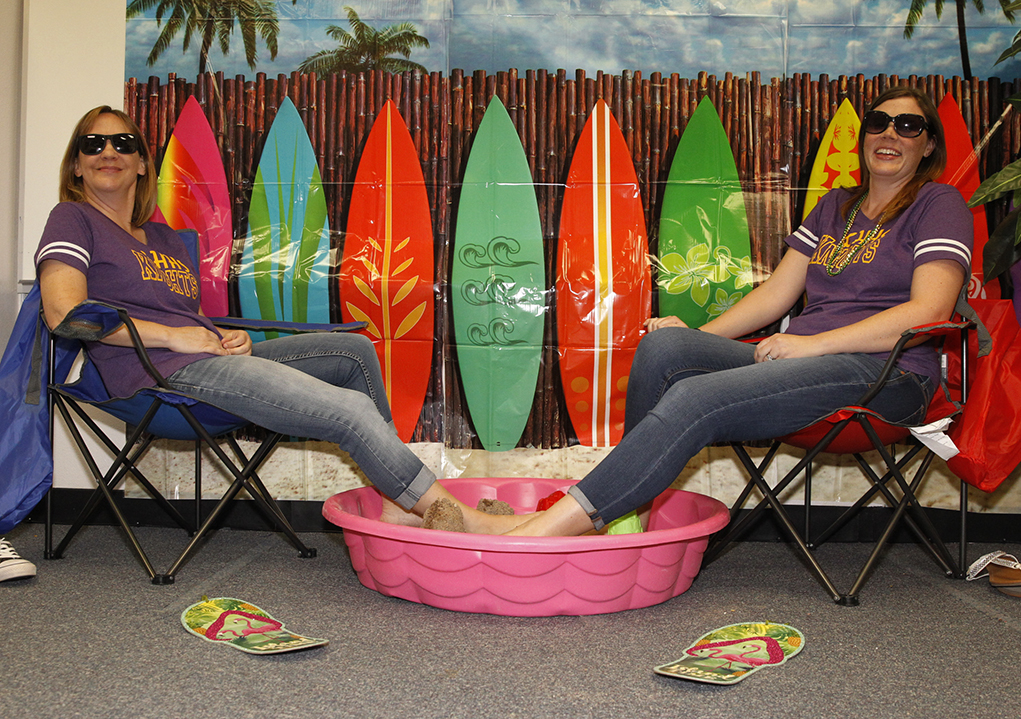 Ms. Sue Bridwell and Mrs. Annmarie Garcia pose for a photo in the breakroom with their feet in the sand at Smoketree Elementary. Jillian Danielson/RiverScene

“Every day it’s something different, it’s an at-the-beach theme,” said Smoketree Principal Connie Hogard. “It gets everyone excited about relaxing for the summer.”

The appreciation activities were in the hands of the Parent Teacher Student Organization. Daily games, treats, prizes and trinket competitions have ensued among the school’s 60-some faculty and staff members.

“It’s not just teachers who are appreciated here,” Hogard said. “We celebrate all of our staff here.”

Ms. Jessica Scavuzzo is recognized by her peers for her extraordinary efforts when it comes to student development, educational leadership, organizational skills and extra volunteer efforts.

“I love the kids,” Scavuzzo said, who has taught fourth-graders for six years at Smoketree. “When they understand, and they have that ‘a-ha’ moment when they got it – that makes me feel that I helped so much.”

Scavuzzo was born and raised in Lake Havasu City. As a young child, she knew that someday she’d be a teacher. The notion was inspired in Scavuzzo by her first-grade teacher Denise Miner, who young Scavuzzo crossed paths with at Oro Grande Elementary in the mid 1990’s.

“She cared for me as a person,” Scavuzzo said. “She really has inspired me to be where I am today.” 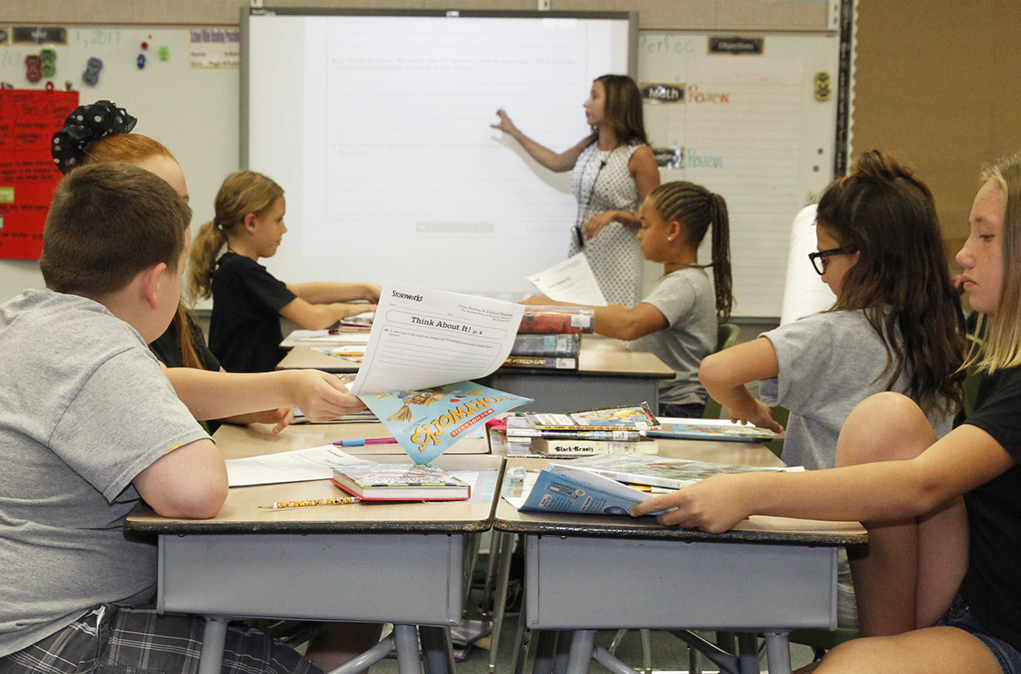 After graduation, Scavuzzo was a student-teacher in a fourth-grade classroom at Smoketree. Soon thereafter, Smoketree hired her on as a teacher. The position was to teach fourth grade.

“She calls every parent at the beginning of the year and consistently stays in contact through texts, emails and conferences,” said Principal Hogard, of Scavuzzo’s work ethic. “At test-taking time, she requested the parents to write a personal message to their child to persevere and share how important their child was to them. Every student had a letter waiting for them on test-taking day. Her class started off the testing day with a smile and on a positive note.”

Scavuzzo’s extra volunteer efforts center on being an advisor for Student Council, and training and coaching students in Math Olympics. Scavuzzo currently is enrolled in a vigorous master’s program, and working her way toward a National Board Certification.