The Bluegrass Is Greener In Lake Havasu City 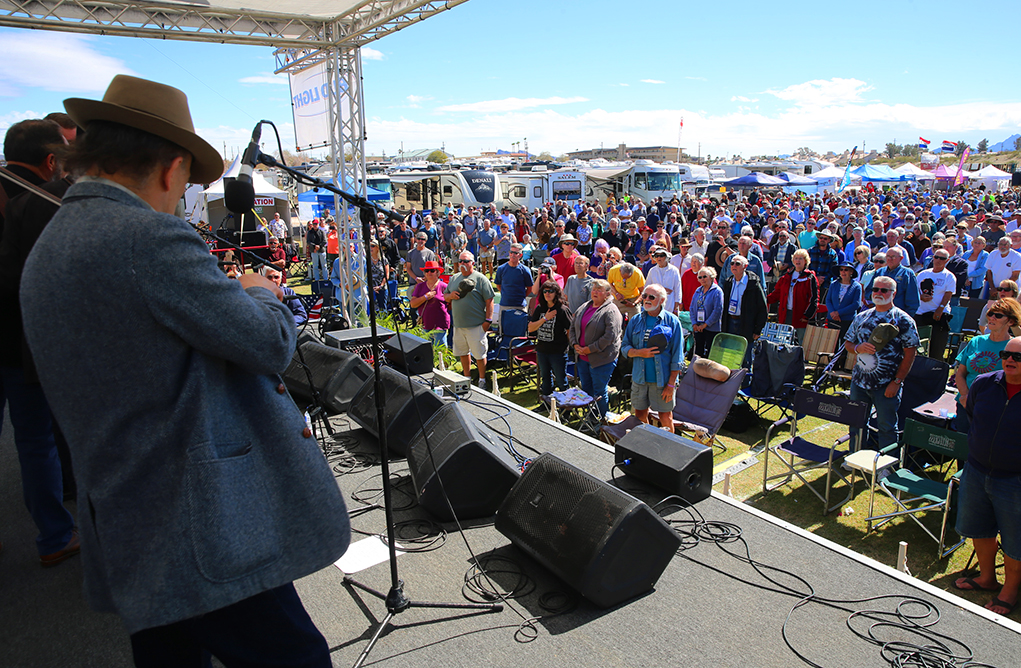 Lake Havasu City picked and grinned Bluegrass this weekend at Windsor Beach at the 17th Annual Bluegrass on the Beach Festival.

The festival kicked off the month of March bluegrass enthusiasts and musicians from far and wide in attendance. This year, the lineup was filled both new and returning acts to mix up the annual occasion. 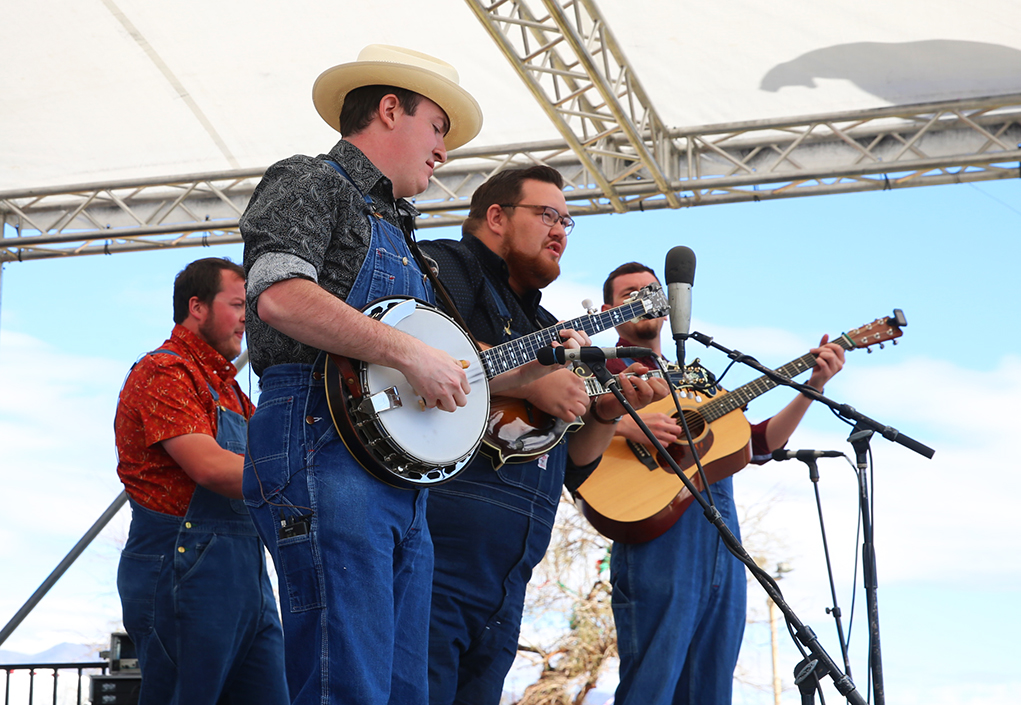 With more than 10 different acts, the music festival kept strumming through all of its three days in Havasu. Sideline, Midnight Run, the U.S. Navy Band Current Country, and Wayne Taylor and Appaloosa all performed for the Havasu event. Wayne Taylor spoke to Riverscene about his experiences as a bluegrass player and band leader.

Wayne Taylor has been playing bluegrass since the tender age of of 9. Taylor started Appaloosa after retiring from the Navy after 25 years. He hails from Maiden, N.C., and he played with the Navy Country Current Band for 21 years. He’s been jamming in Havasu for three years. 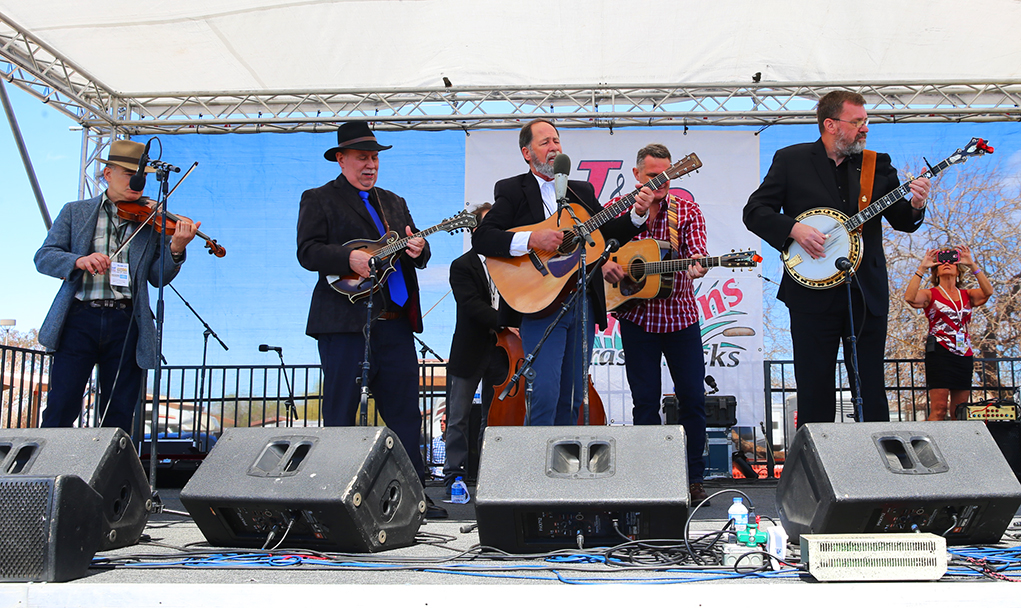 Got to Love Havasu

“We’ve just toured through Mexico on the Stewart Bluegrass Cruise,” Wayne told Riverscene as he sold CDs after the band’s set. “We’re going to Scotland this year, too.” Wayne’s band is the only band to have played in Havasu for three straight years.

“I love the weather.”

Kene Hyatt, the bassist based in Canada also spoke to Riverscene. He loves the desert lifestyle in Havasu, something Wayne himself loves. “I love being on the lake in Havasu, it’s one of my favorite places to perform.” Wayne Taylor and Appaloosa will also be performing in Ireland in September.

In addition to all of the acts, the Havasu Bluegrass on the Beach festival also had a variety of community vendors turn out for the music loving masses. The Western Arizona Humane Society also held adoptions for dogs during the concert. 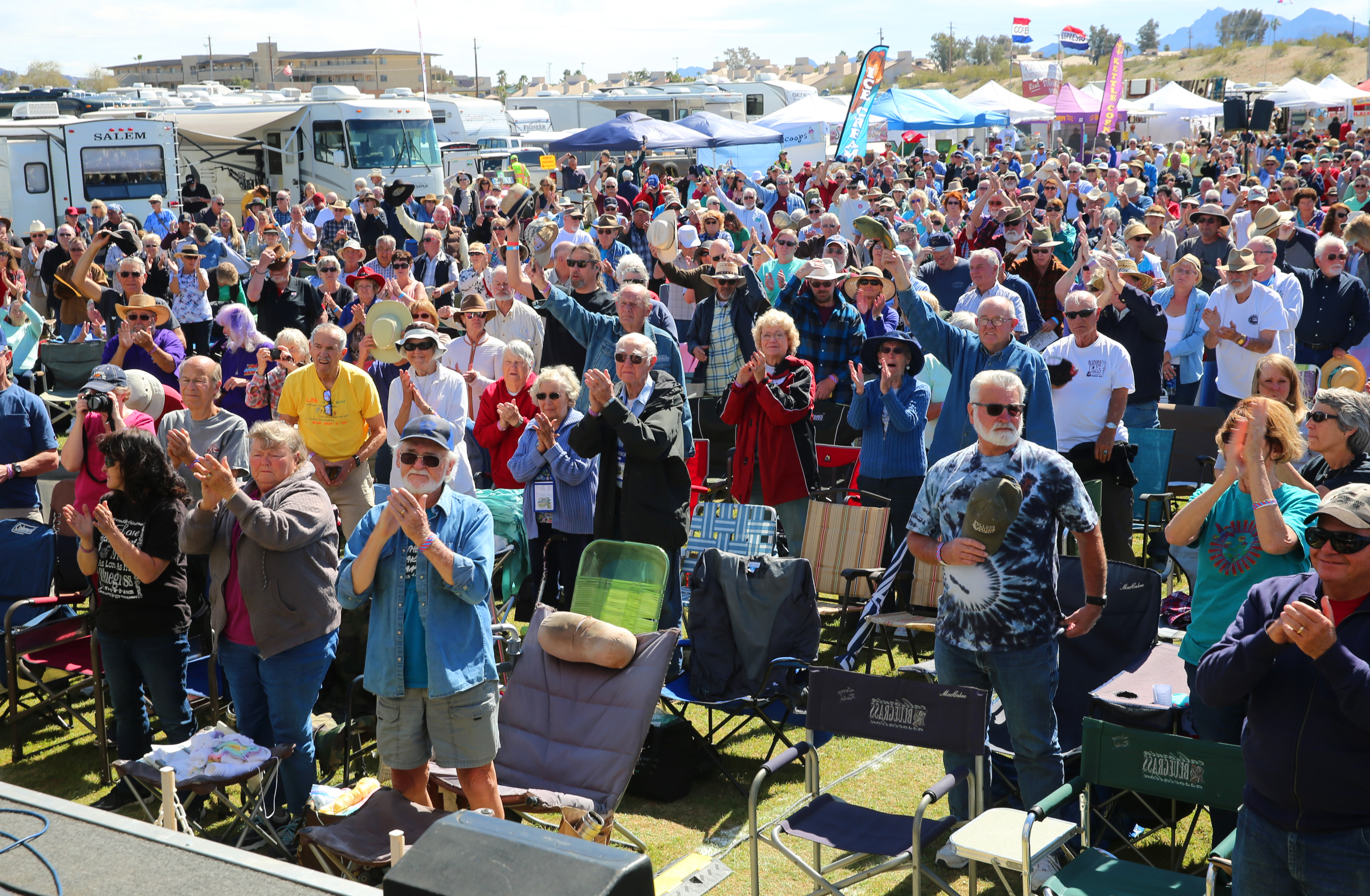 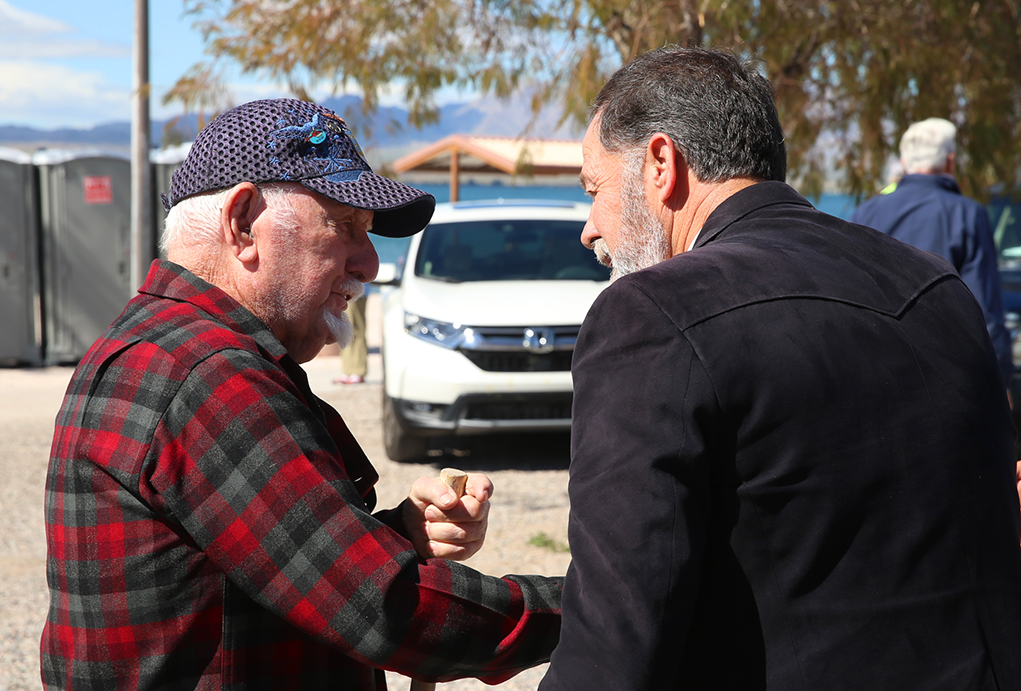