The Engines That Power The Festival 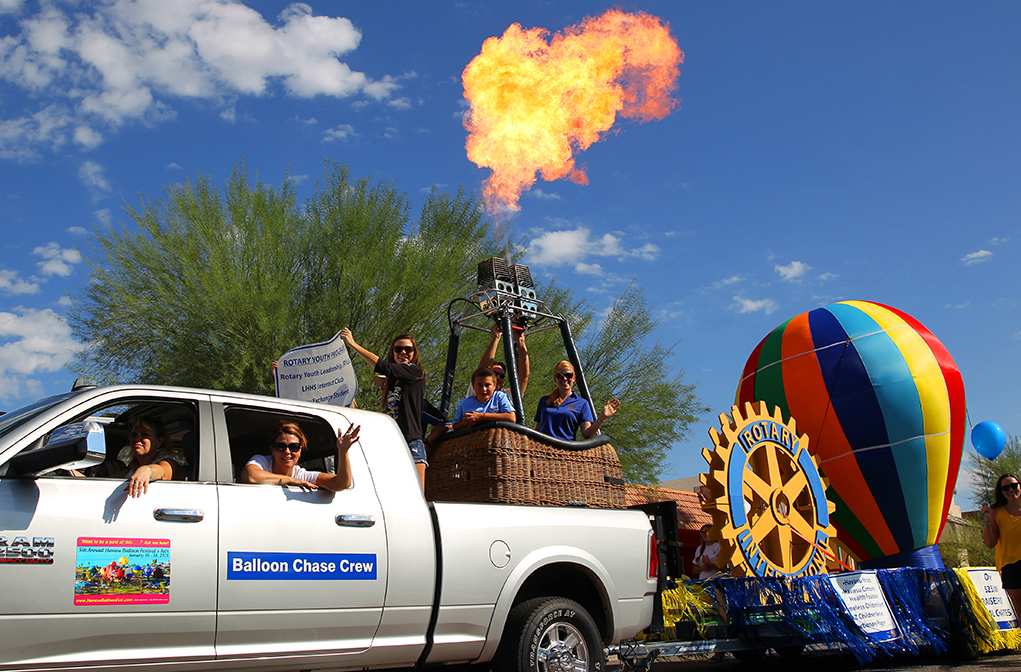 The Havasu Balloon Festival and Fair has charmed those who are young-at-heart for nearly a decade. Though the festival is now a key cultural experience for the city, the balloons may have never touched the Western Arizona skies without those dedicated behind the strings. It is with hard work and motivation of five key service clubs that make this event possible.

The festival began as an idea developed by London Bridge Rotary and the London Bridge Lions. As the concept began to snowball into fruition, the two groups invited the Lake Havasu Rotary, Sunrise Rotary and Daybreakers Lions to join as active partners in the planning and event execution. 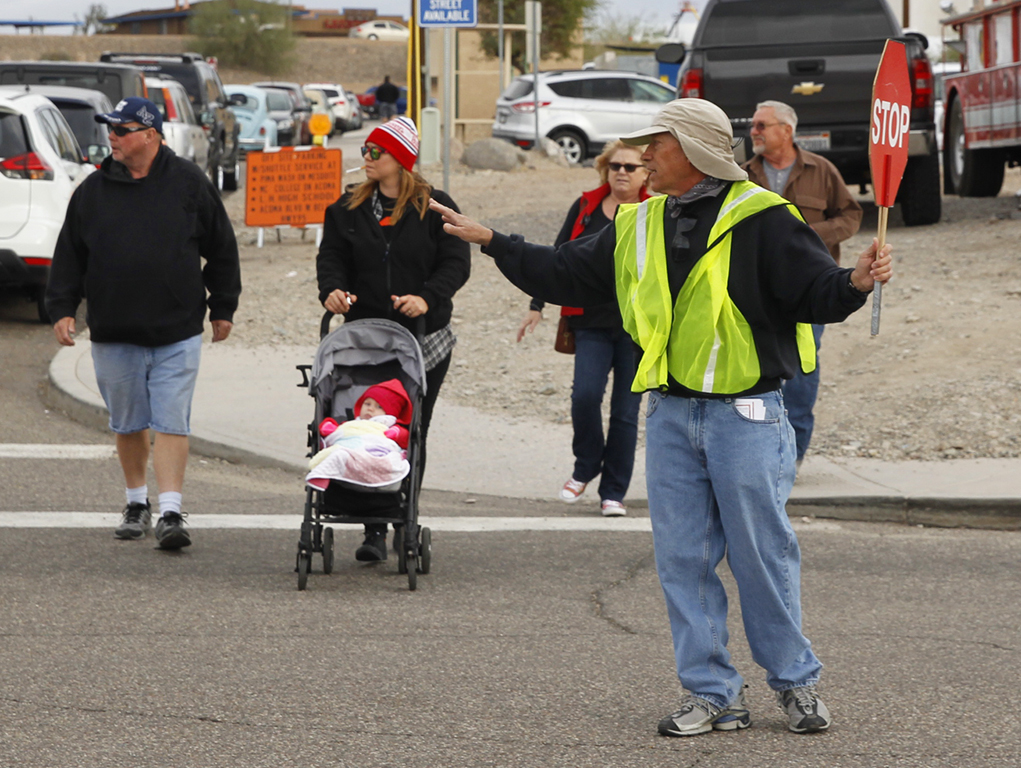 Rotary is an international organization with the global initiative to eradicate polio. On the local level, the clubs are catalysts to community-based nonprofit initiatives. They have been driving forces in raising funds for programs such as Havasu Community Health Foundation, Children’s Association, and Lake Havasu High School sports, to name a few.

Also an international organization, the Lions focus their global efforts to assist those with sight and hearing disabilities. They assist those in need with attaining medical examinations and equipment such as eyeglasses and hearing aids. They are important players in local charity funding as well.

Though the Havasu Balloon Festival and Fair brought a major event to the community, it was also a clever means to raise funds for local charities supported by the clubs involved. Within the first year, the event raised nearly $90,000. It has since exceeded that number with each year.

“This has become a wonderful collaboration that has a tremendous financial impact on the city and ultimately for the nonprofits in town,” said Jim Day, President of Havasu Balloon Festival Board.

Each club has a key role in each stage of the event every year yet members can be seen throughout the event at gate admission, parking, site plan, logistics, food and beverage, and even trash clean-up. 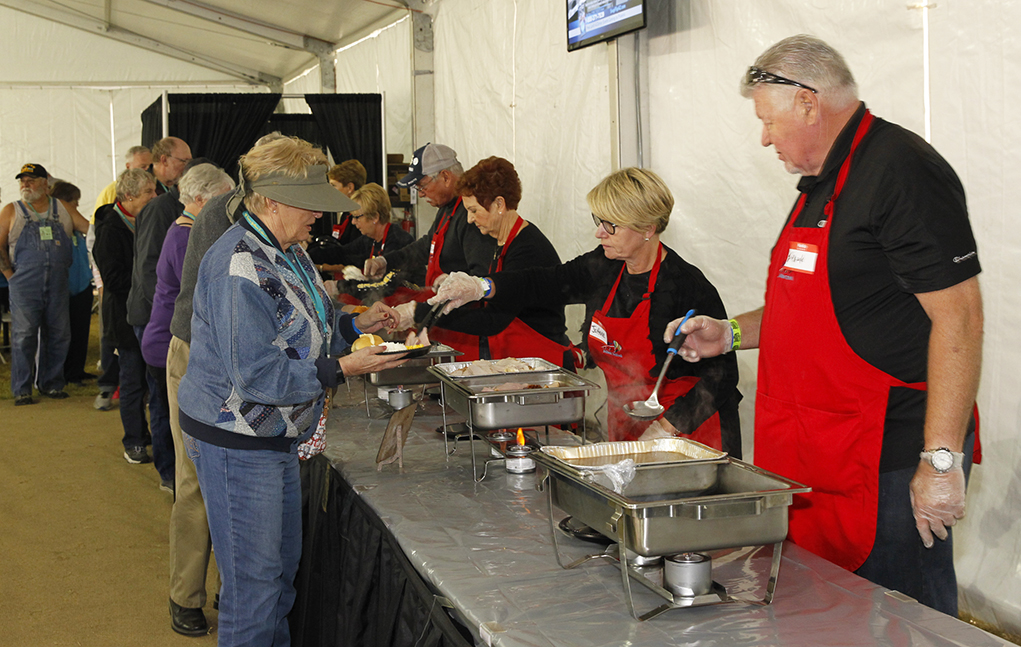 Volunteers serve dinner for pilots, crew, and sponsors in the VIP tent at the Havasu Balloon Festival. Jillian Danielson/RiverScene

“All members of the Sunrise Rotary Club set up, cook, and serve the VIP breakfast in the VIP tent and have done so for many years. A few members start their day as early as 3 a.m., with the others at 4 a.m. to be ready for the 6 a.m. breakfast service,” said Patrick Cirpes, of Sunshine Rotary.

The clubs also appoint two representatives for the board of directors, overseeing the budget, policy and overall operations.

The community may see the most visible impact during the festival, however the work for the board does not end with the event. Once the funds are accounted for from the yearly gathering, they are then allocated among the group to be distributed to the organization(s) of their choice.

“All the money raised at the festival is split equally between the five clubs. Each club gets to select where their money goes in the community,” said Steve Ticknor, Lake Havasu Rotary. 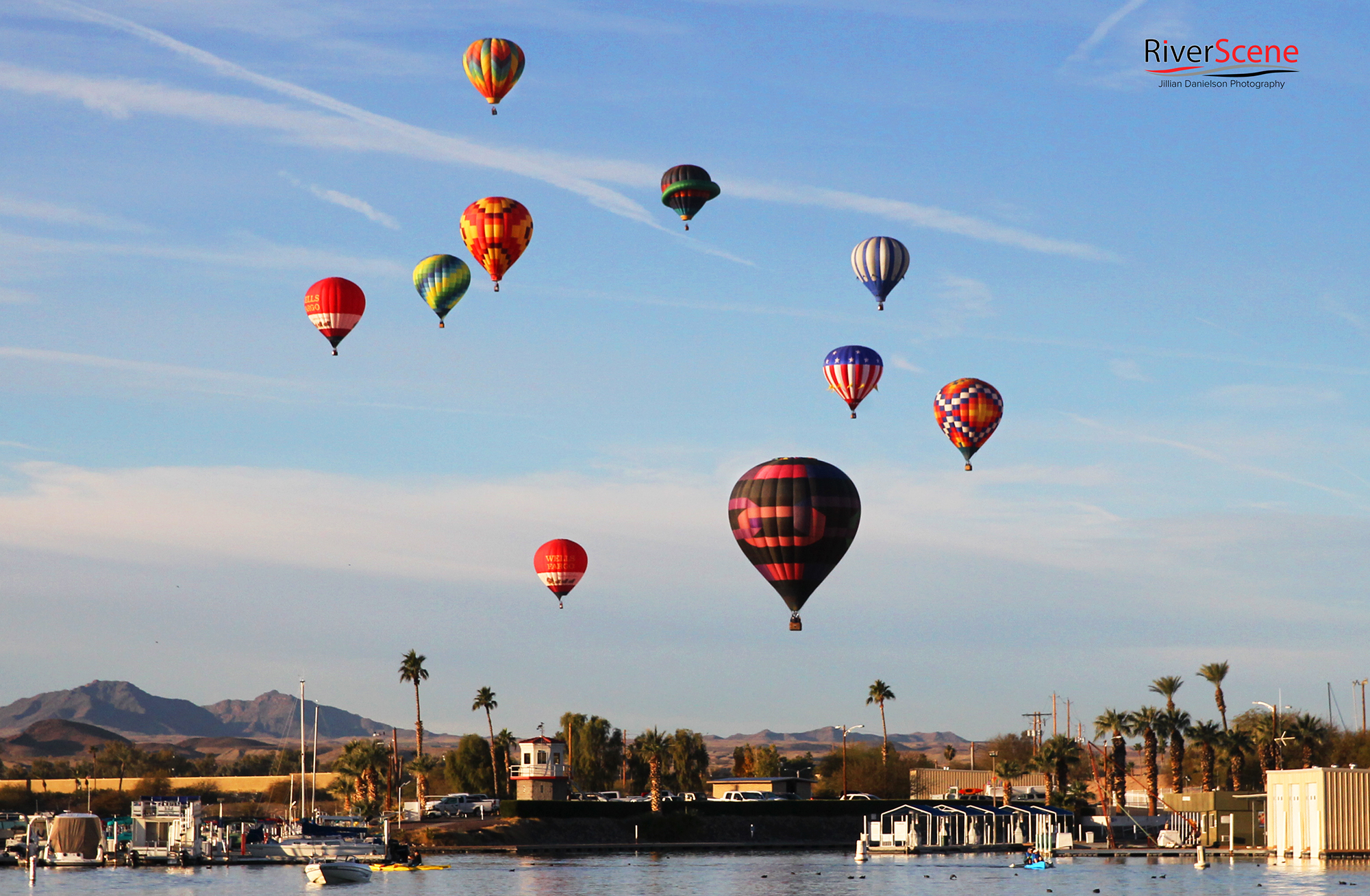 Rotary Park is one of the more popular spots to view the hot air balloons during the Havasu Balloon Festival every January. Jillian Danielson/RiverScene