The English Village — Then And Now 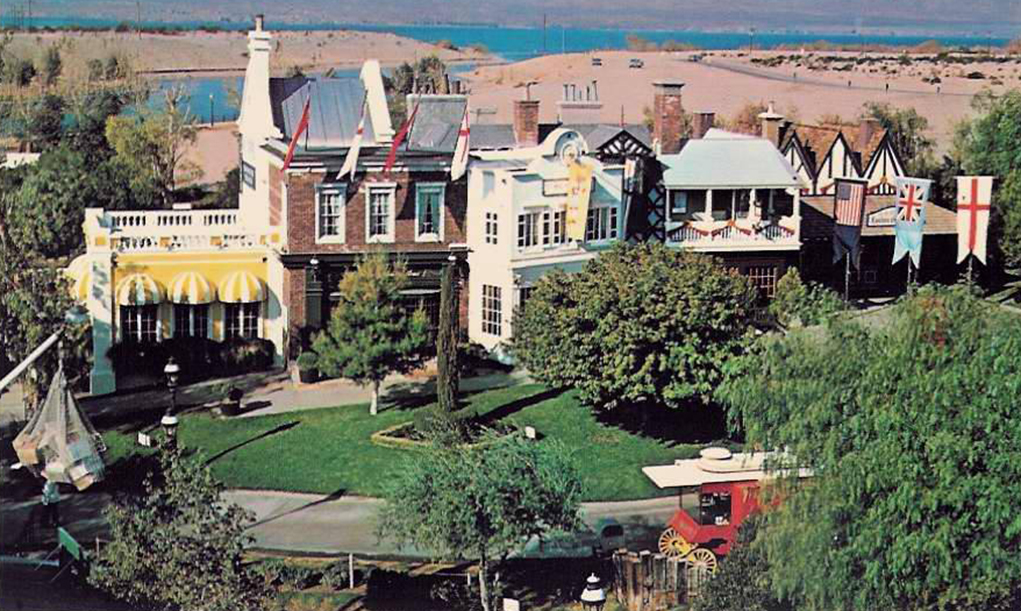 October is the month Lake Havasu City celebrates the dedication of the London Bridge. Most Havasu residents know that the Bridge was purchased by Robert McCulloch in 1967, each block numbered, the bridge dismantled in London, and then brought to Lake Havasu and reassembled.

But only Havasu pioneers can say they saw the original shops that made up the English Village in the very beginning.

One of those pioneers is Butch Wood (no relation to C.V. Wood, who designed Lake Havasu). Woods’ grandparents began visiting Lake Havasu from Oklahoma in the 1950s for the fishing, and he recalls that he started visiting Lake Havasu in 1953 and moved here to live in 1965. He talked about the original shops that were built on three acres on the north side of the Bridge. 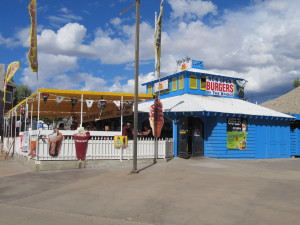 “There were only two buildings completed by the time the London Bridge was dedicated on Oct. 10, 1971,” Wood said. “One was the Mermaid Inn, which changed hands several times, most recently being owned by Jersey’s Grill and now Burgers By The Bridge.”

The Mermaid Inn was a 1,200-square-foot multi-sided structure with a smaller second story resembling a lookout. The building was intended to resemble a boathouse that could be found in old English coastal villages. Years later, a covered patio was added to the front of the building for outdoor dining.

“The second building was the Pub,” Wood continued. The land upon which the Pub was built was gifted to the City of London, which then built the pub and designed it as an authentic English pub. It was originally named the “Hog in Armor Pub” and the restaurant was called the “City of London Arms Restaurant.” Both were very popular. A cinema was later added next to the Pub. Today, the Lake Havasu Visitor’s Center occupies the Pub and Cinema area. 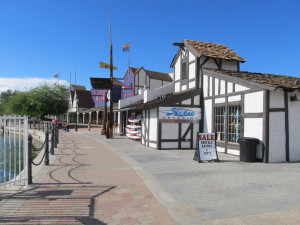 “It wasn’t until 1979,” Wood added, “that the rest of the English Village on the north side was completed.” The $14 million project was built by the White Brothers Construction Co. Among the shops were a shooting gallery, a candle shop and The Golden Unicorn gift shop.

On Feb. 17, 1979, the Court of English Kings and Queens opened. The large area contained life-sized figures of English monarchs and a full-scale replica of the Royal Family’s Gold State Coach. That coach can now be seen in the lobby of the London Bridge Resort. A replica of “Big Ben” was erected near the Pub, and the Londonderry Realty operated in a building next to it.

After the London Bridge, the next most photographed icon in the English Village is probably the red English telephone box next to the fountain.

In the upper area of the English Village just inside the gates and to the right, a maze of hedges was planted and became a popular feature of the Village, with adults and children enjoying finding their way through. A small building eventually replaced the maze, and a series of shops occupied it until about 10 years ago, when the Lake Havasu Visitor’s Center moved into it and later moved into the Pub. 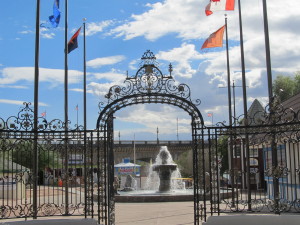 According to Woods, “During the 1979 construction, the current fountain with four lions was built just inside the gates.”

The two buildings on the other side of the fountain, across from the Visitor’s Center, have housed numerous businesses over the years, including a physic, a coffee shop and scooter and bicycle rentals. Today, Havasu Gear is in the farthest building, and the small red Tudor-style building is currently vacant.

A carousel was purchased and placed in the English Village and became a central part of the Village, enjoyed by children for years, until it needed repair. It was moved next to the Aquatic Center but was never repaired and was finally sold just a few years ago.

The area south of the Bridge is owned by the London Bridge Resort, which constructed a two-story mall of shops, including the Candle Factory, HavaSoap, souvenir, bathing suit, and T-shirt shops, Kokomo’s, and an ice cream parlour. The shops are currently 100 percent occupied.

Today, the original English Village on the north side is unoccupied except for a watercraft rental company. But the area is busy, with several boat cruise companies and watercraft rental companies lining the Bridgewater Channel, and the Chemeheuvi Tribe’s ferry dock and ticket booth just beyond the unoccupied buildings. The Veterans Memorial Walkway lining the Channel is enjoyed by visitors, as are the shaved ice kiosk and popcorn wagon.

Many Havasu residents long for the days when the English Village was vibrant and exciting, and would love to see it come back to life, with another carousel and perhaps street musicians and performers. While that may never happen, for now visitors and residents alike can enjoy the Village and recall its heyday.