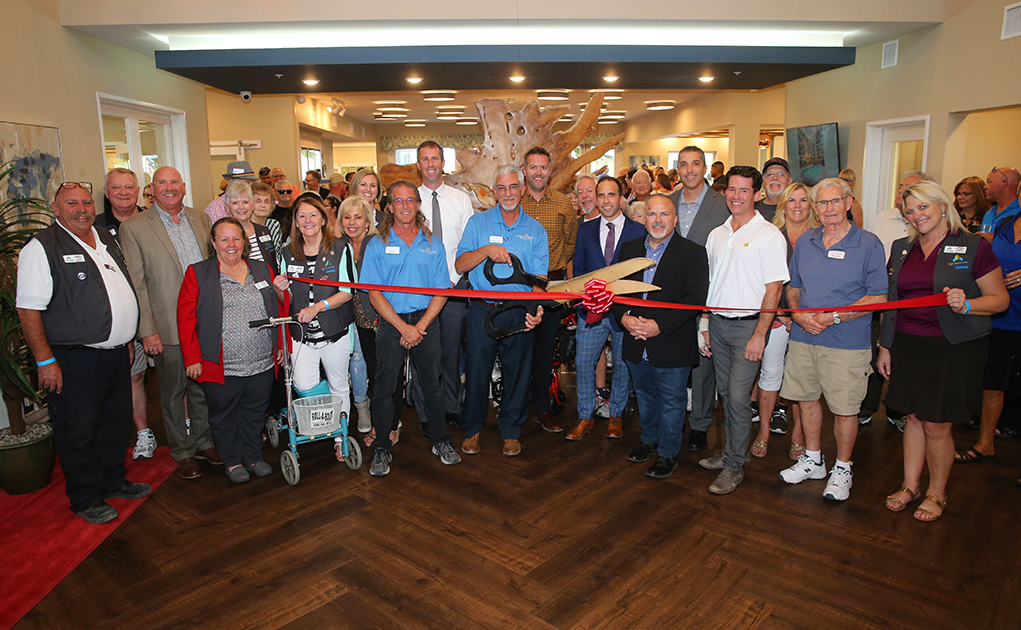 The Views at Lake Havasu hosted its grand opening open house Thursday evening, complete with live music, food and beverages. And for all who worked to make it happen, the event exceeded all expectations.

The massive construction project on the corner of Swanson Avenue and Cyprus Drive culminated in a facility for those 55 and over who want to live an active, independent lifestyle without the hassle of taking care of a house. 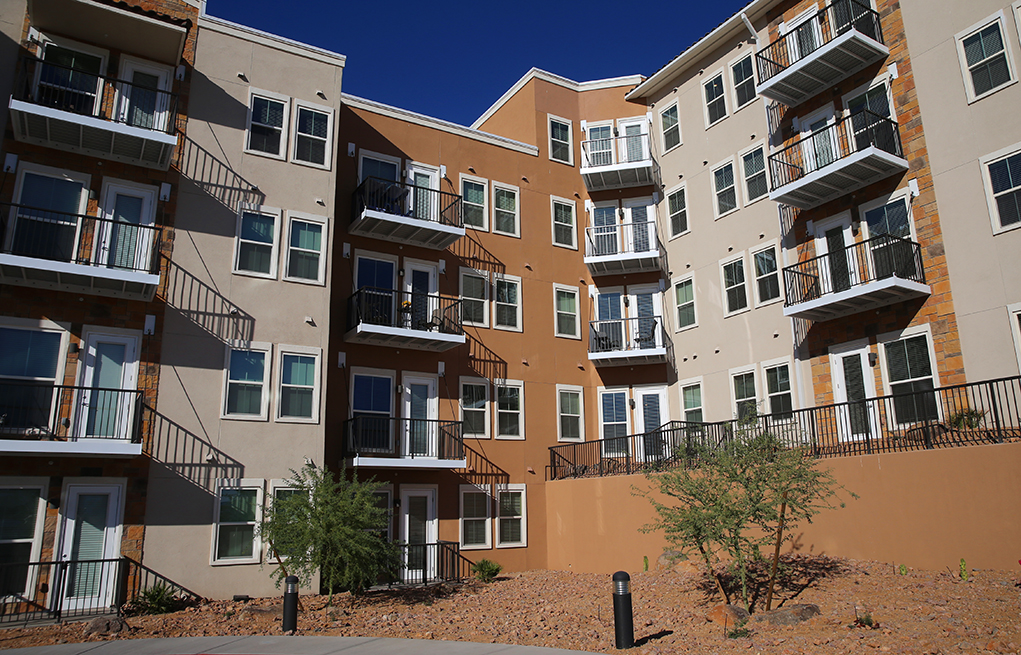 The grand opening was the celebration of the completion of the project. Although the facility has been open to residents since May, the event introduced The Views to the Lake Havasu community.

Dustin Runyon, of the Dustin Runyon Team, Keller Williams Realty, assisted the ownership group with putting together the event and estimated that there were far more than 500 people who came out to see the facility, enjoy the entertainment and refreshments and take advantage of tours.

Jim Stepanian, one of the development partners with Havasu Independent Living said, “The Views in Lake Havasu is truly a national destination for those that are 55 and above who are active and independent who seek an all-inclusive community to live in.” 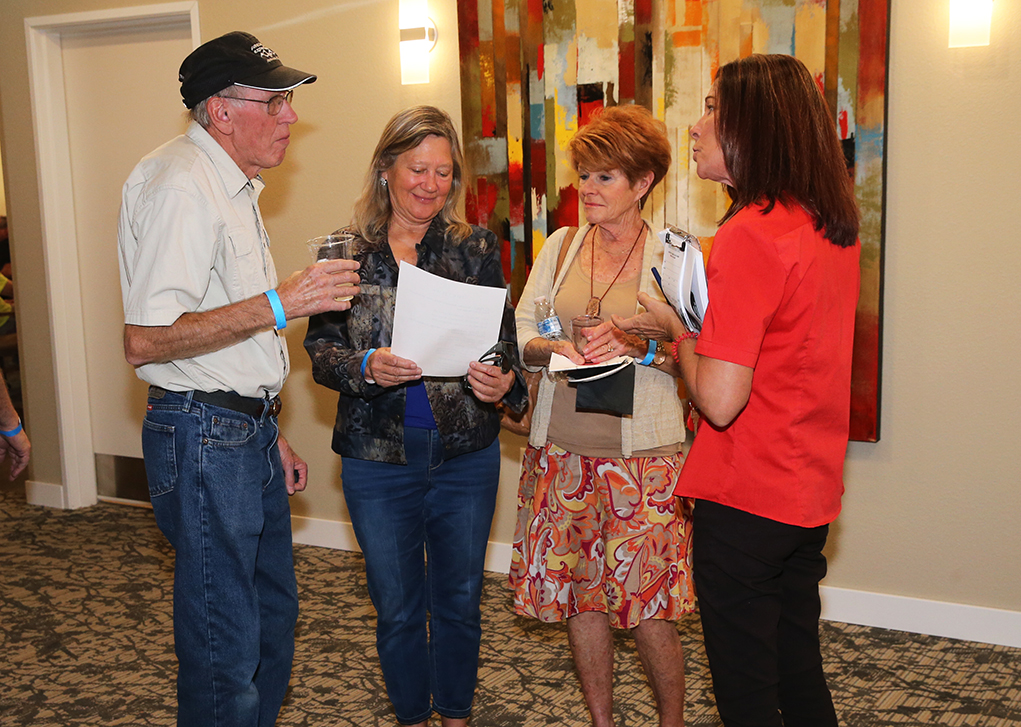 Guests take a guided tour of The Views at Lake Havasu during the grand opening. Jillian Danielson/RiverScene

Another partner, Pete Pakes, said, “The Views has been a wonderful place to see start from the very beginning and end up in this beautiful building that it is.”

Pete Pakes called the grand opening “spectacular” and said he was surprised by the number of people who came to the event that were qualified possible residents of the all-inclusive facility. 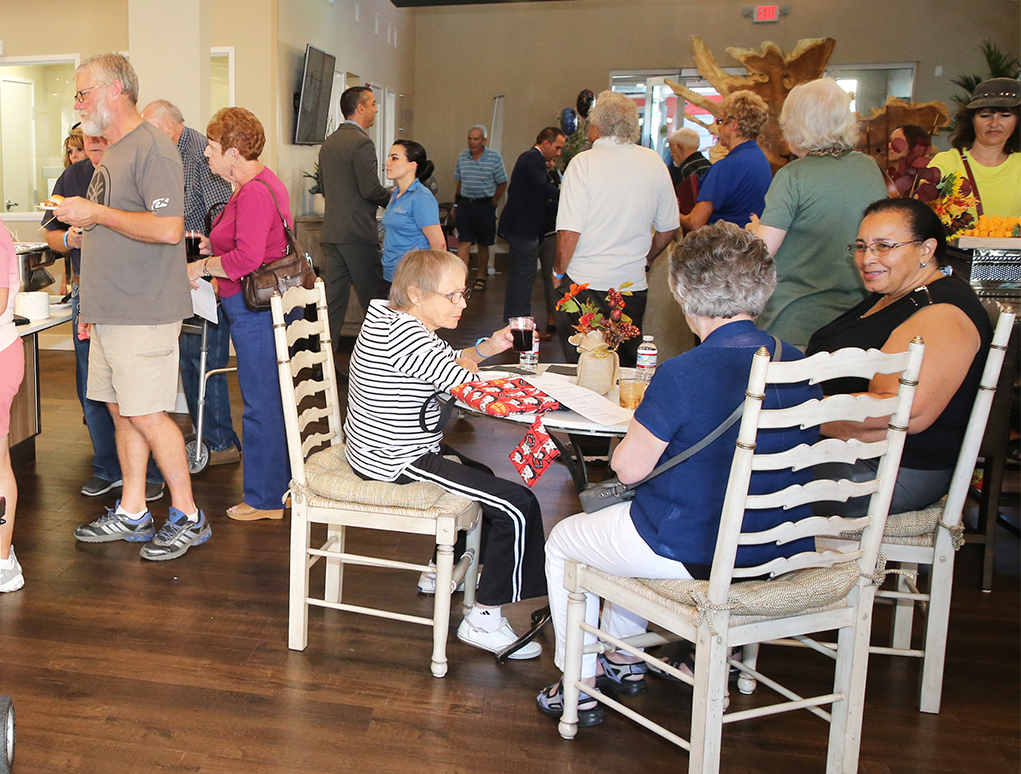 Guests are treated to food and drinks at The Views Grand Opening. Jillian Danielson/RiverScene

Brother Adam Pakes, also a partner, said, “I couldn’t be happier with the turnout at the grand opening. Here at The Views, providing our community with a 55+ solution for all-inclusive living, it’s just an honor to provide this to our community that we serve.

“The staff here is 100 percent committed to everyone’s happiness. They live, breathe and walk to make the resident’s experience better every day,” he said.

Adam Pakes said the staff and management strives for excellence. And he said the community the residents themselves have built with each other will provide a longevity in their lives they might not otherwise enjoy.

Resident Gladys Brooks moved into The Views May 15, and she echoes Adam Pakes’ comments with her satisfaction in her decision.

“I was the first one through the door, I think.  I don’t know if I have a favorite part. Everything is great. Everybody’s very friendly. The help – everybody that lives here. Really, it’s just the perfect place to be,” Brooks said. 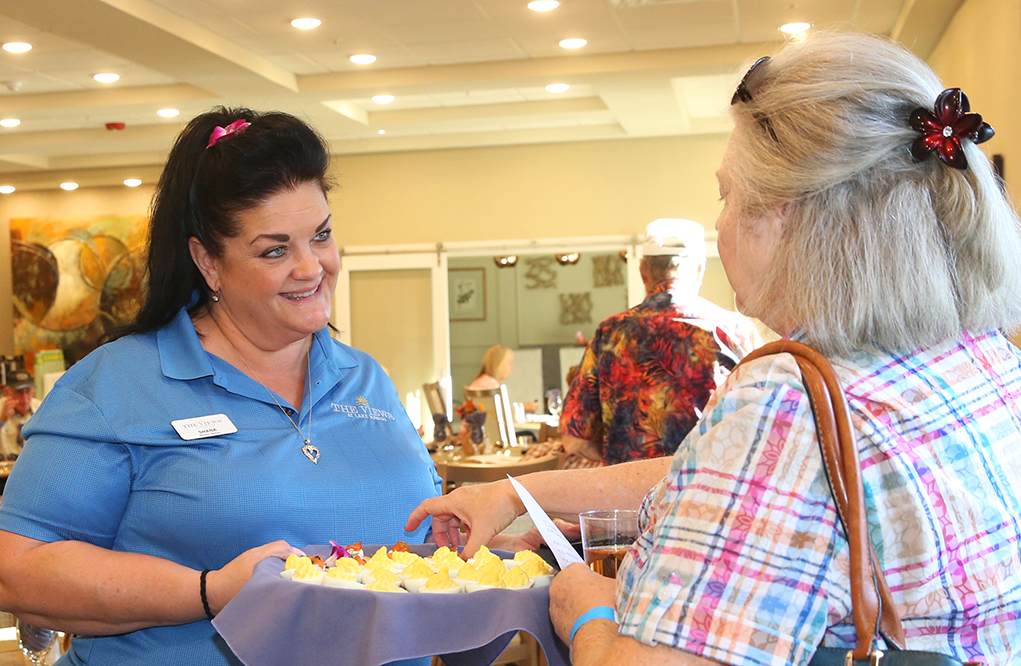 The Views staff are on hand to serve appetizers during The Views Grand Opening. Jillian Danielson/RiverScene

She said there are activities and camaraderie with the other residents. “We play cards… there are four of us now and we’re trying to get more. We play dominos and once in a while … I’m not a movie person so I don’t go there very often … but it’s quite popular with a lot of people,” she said. And she said the food that’s served is “great.”

Brooks said the staff is friendly and helpful.

Residents have plenty of amenities include 92 apartments with full kitchens with stainless steel appliances in each apartment, a washer and dryer in each apartment, once-a-week cleaning and linen service, life-saving notification personal devices, Alexa communication devices, a beer and wine bar, full-service restaurant, fitness center, media room, library, relaxation space and an outdoor 84-degree heated pool, with water aerobics on Monday, Wednesday and Friday. All utilities including Internet and cable television are part of the lease price.

A heated swimming pool is available to residents at The Views. Jillian Danielson/RiverScene

The Views is pet friendly, ensuring residents can bring their furry friends with them.

There is a full-service hair salon that is not included, but available to residents.

The Views residents will have access to a continental breakfast every morning and their choice of lunch or dinner in the Riviera Restaurant.

Partner Mychal Gorden said, “On behalf of all of us, we are very proud we could have built a project like this in Lake Havasu City. To bring this type of construction, this type of lifestyle as an option to the residents of Lake Havasu, is what drove us to bring this here and we couldn’t be more proud today to be showcasing this to the community.” 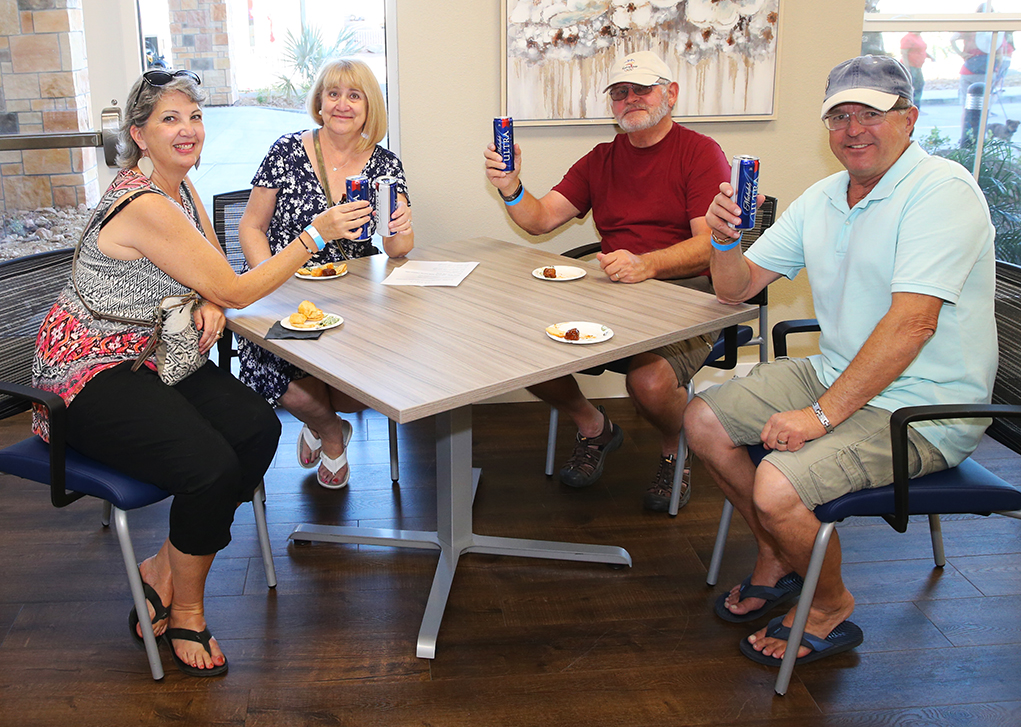 Debbie Bell, June and Lyle Wiley, and George Bell raise their drinks during the grand opening at The Views. Jillian Danielson/RiverScene

Gorden said the open house turnout was beyond expectations.

“It’s amazing to see their faces – the reactions to what they find behind the doors. The project is beautiful from the exterior and it only gets better when people walk through the doors. I think that’s what’s been amazing for me today to see the reaction and response we’re getting as to what the lifestyle and what this community provides. We’re excited that it’s here and that people are able to experience it,” Gorden said.

In addition to the amenities listed above, Gorden said, “The common areas are what really sets this facility apart. The amount of open space – the views that are truly available throughout, even from the ground floor in the beautiful pool area – the lake and the mountains. And as you go up on different floors to the common areas – the library, the media room, theatre room, salon, and all the common areas – in the building is what really sets this apart as an active comfortable community for our residents.” 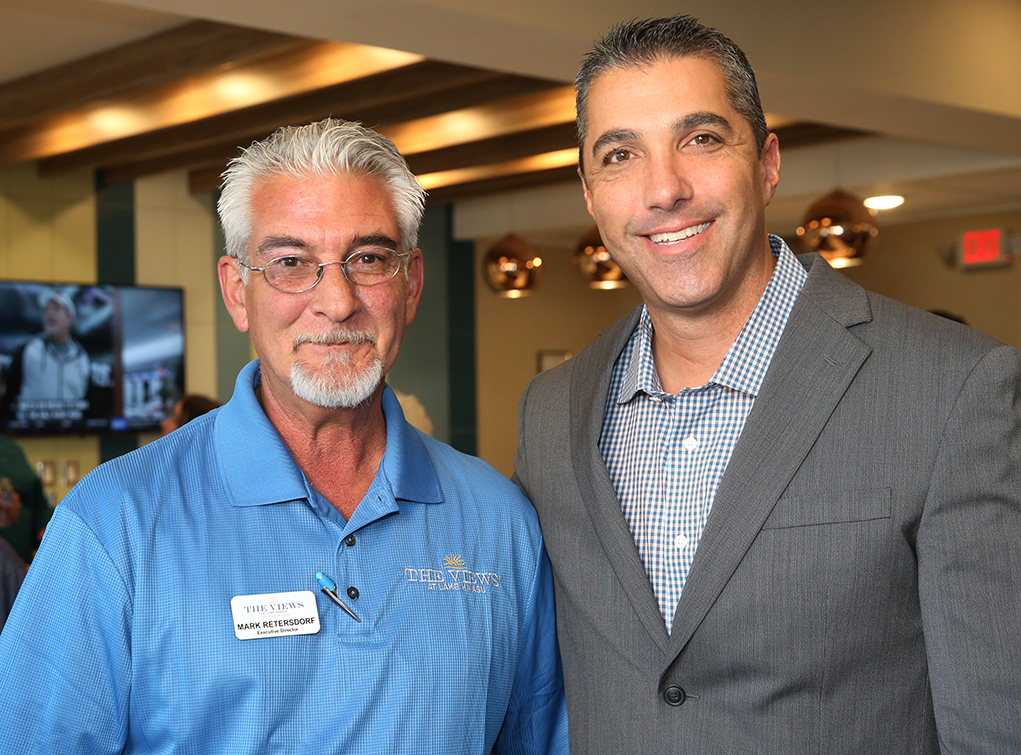 Mark Retersdorf and Jim Stepanian pose for a photo at The Views Grand Opening. Jillian Danielson/RiverScene

Resident Joanne Beckius said, “It’s like a family and it’s not just … it’s both the people who live here and the staff. Everybody looks out for each other. The staff is so accommodating if we have a question or if someone needs help. And the people (who live here) consequently have gotten the same way. If someone isn’t at dinner, you call. You say, ‘Have you seen Gladys today?’ and we say ‘No, we better call. Does she need a ride to the doctor? Does she need something?’”

Beckius said it’s the same way with the staff. “If someone can’t (give a ride, etc.) the staff will take you to the doctor. Or whatever. It’s a very caring, loving community.” 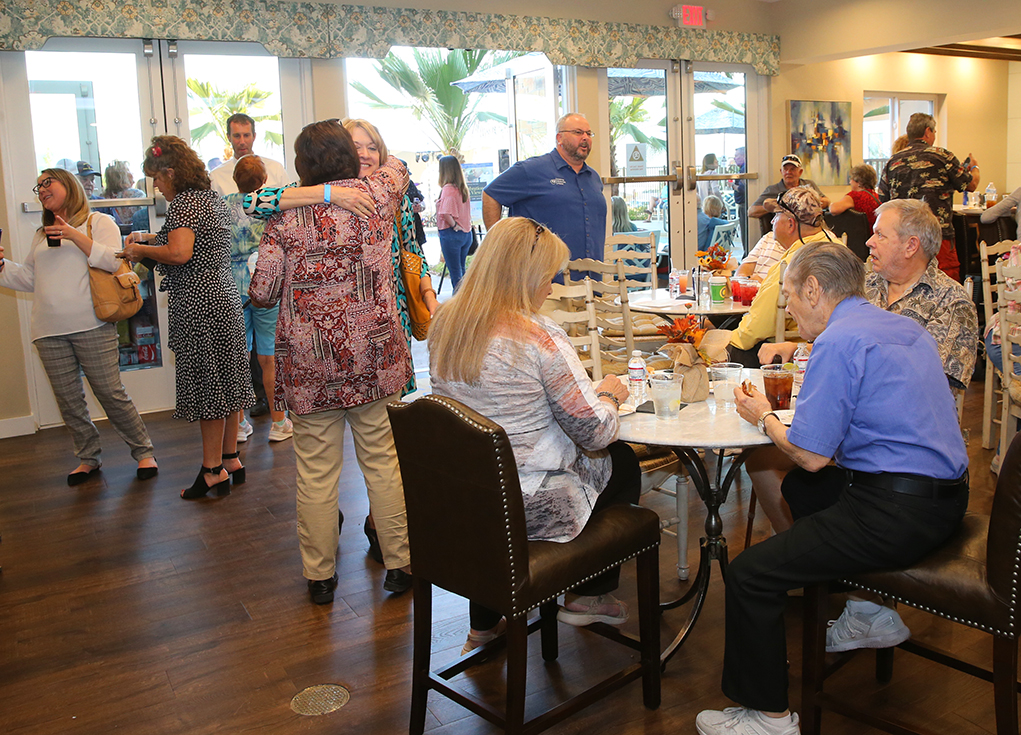 Beckius said the residents decided they wanted to have a dining room set up where they could all visit. “We wanted to make sure that nobody sat off in a corner alone. So, they put the tables together so we’re all one big family when we eat. When someone new comes in, instead sitting off to the side, we go get them and bring them in. It’s really nice. I don’t have to eat alone anymore.”

For more information about The Views at Lake Havasu, call 928-600-4743 to schedule a tour or a consultation. You may also visit their website https://theviewsatlakehavasu.com/

To read another story about The Views at Lake Havasu, click here. 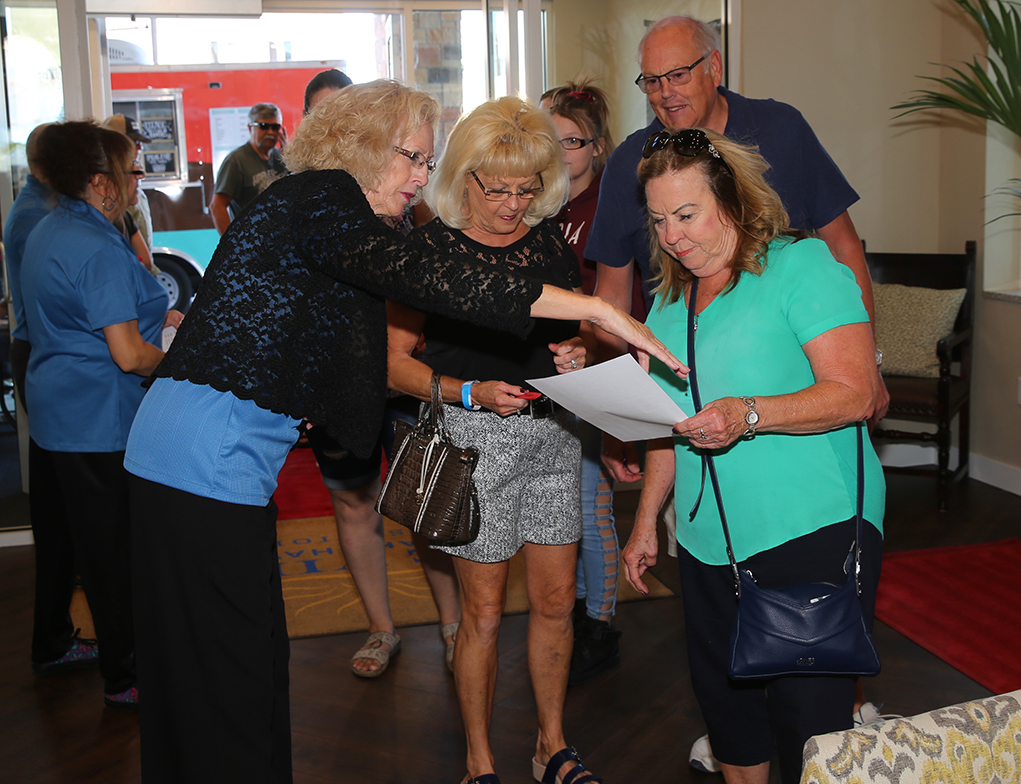 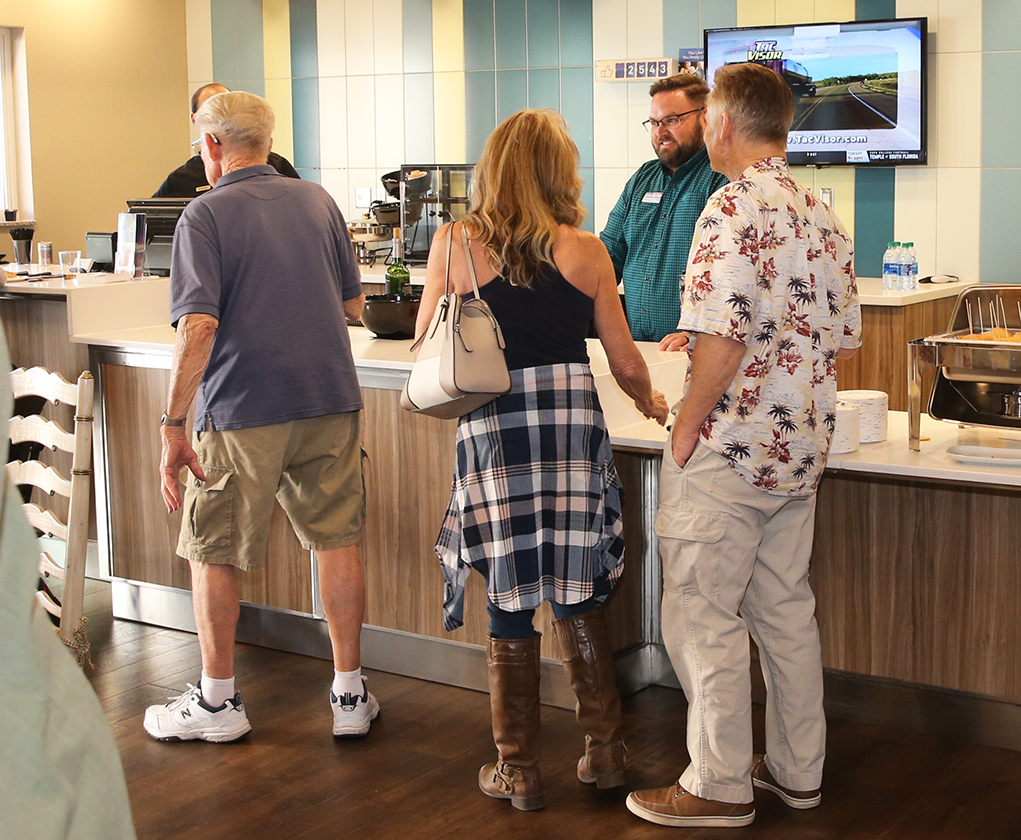 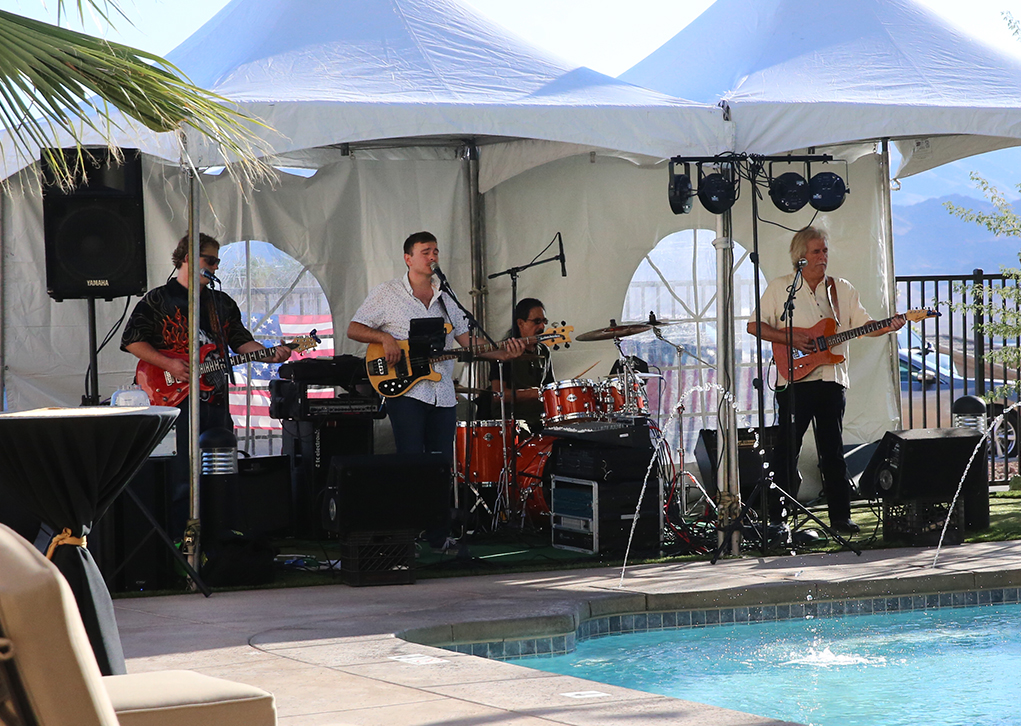 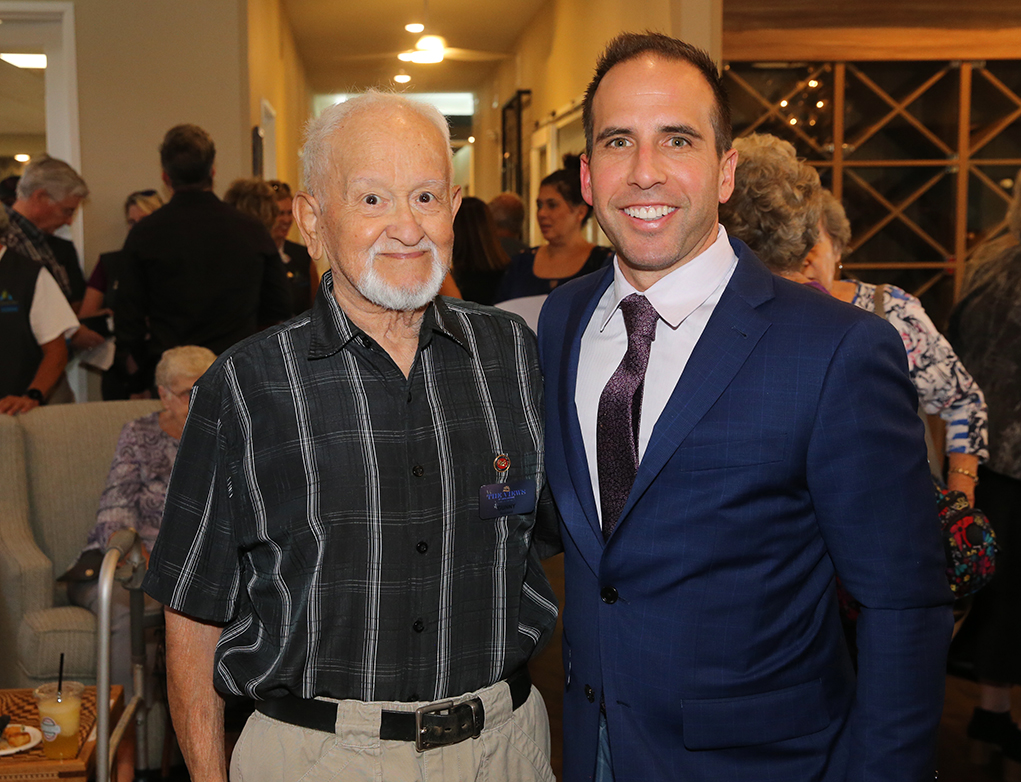 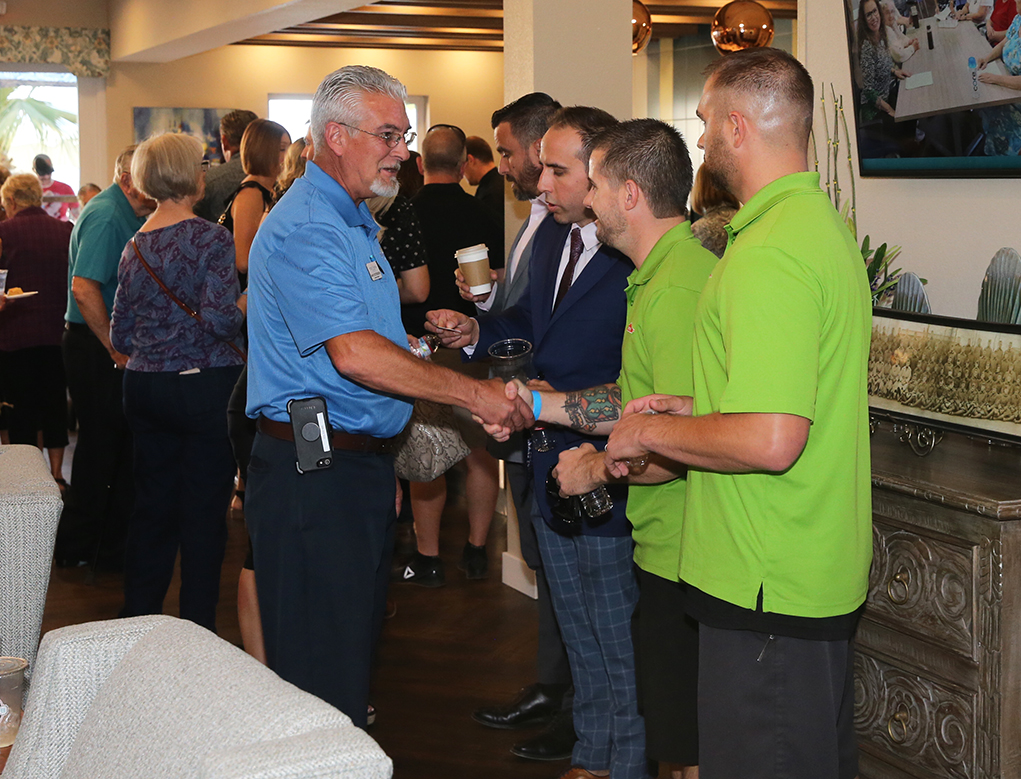 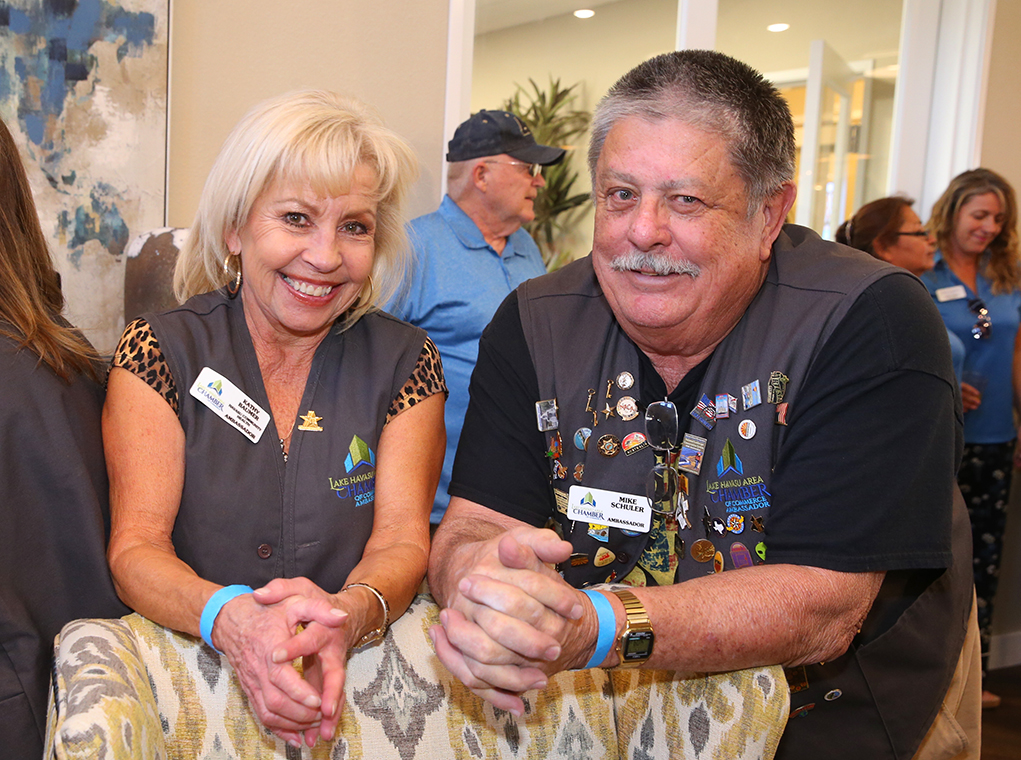 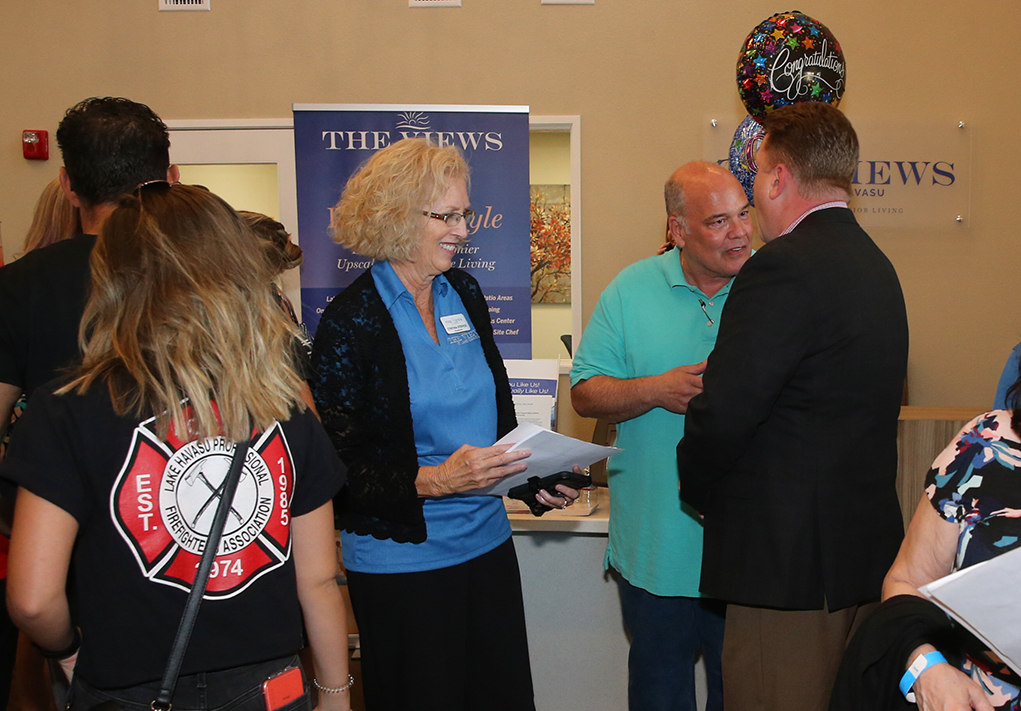 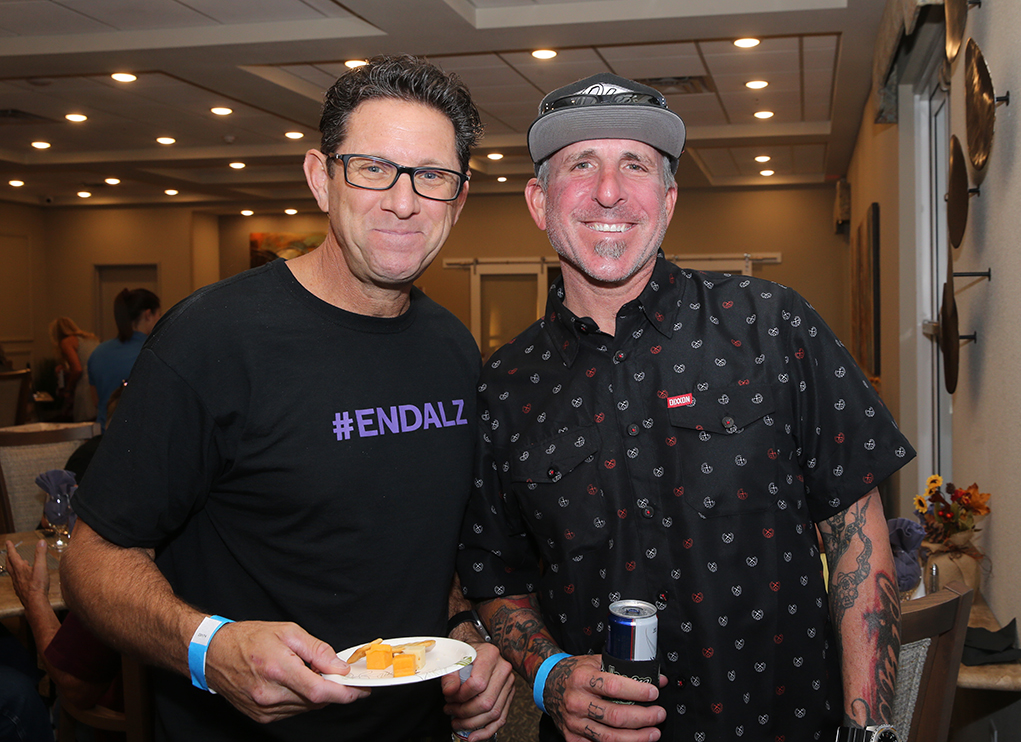