The Views At Lake Havasu To Celebrate Grand Opening Nov. 7

In case folks hadn’t noticed, there’s a new impressive homesite for those active people aged 55 and up in the Lake Havasu City community.

The Views at Lake Havasu’s grand opening is set to be celebrated with a Lake Havasu Area Chamber of Commerce ribbon cutting and open house party Nov. 7.

Havasu residents have been watching the massive construction project at 2110 Swanson Ave., for a while, and The Views began accepting residents over the past summer.

The facility, described by executive director Mark Retersdorf, is a place where active 55+ folks can live in an all-inclusive environment without the hassles of taking care of a home.

“The reception has really been great from the Havasu community,” Retersdorf said.

“We recognized that Lake Havasu was an underserved market for people who wanted inclusive living options,” he said.

A heated swimming pool is available to residents at The Views. Jillian Danielson/RiverScene

In addition to couples wishing to live an all-inclusive, active lifestyle, Pakes said they’ve had positive responses from singles who want to socialize and be with people their own age. But the surprising response, he said, were kids already living in Havasu that want to relocate their moms and dads in order to keep them closer to family.

Amenities at The Views are one the facility’s most attractive draws to those seeking all-inclusive, active resort-style living.

Those amenities include full kitchens with stainless steel appliances in each apartment, a washer and dryer in each apartment, once-a-week cleaning and linen service, life-saving notification personal devices, Alexa communication devices, a beer and wine bar, full-service restaurant, fitness center, media room, library, relaxation space and an outdoor 84-degree heated pool, with water aerobics on Monday, Wednesday and Friday. All utilities including Internet and cable television are part of the lease price.

The Views is pet friendly, ensuring residents can bring their furry friends with them. 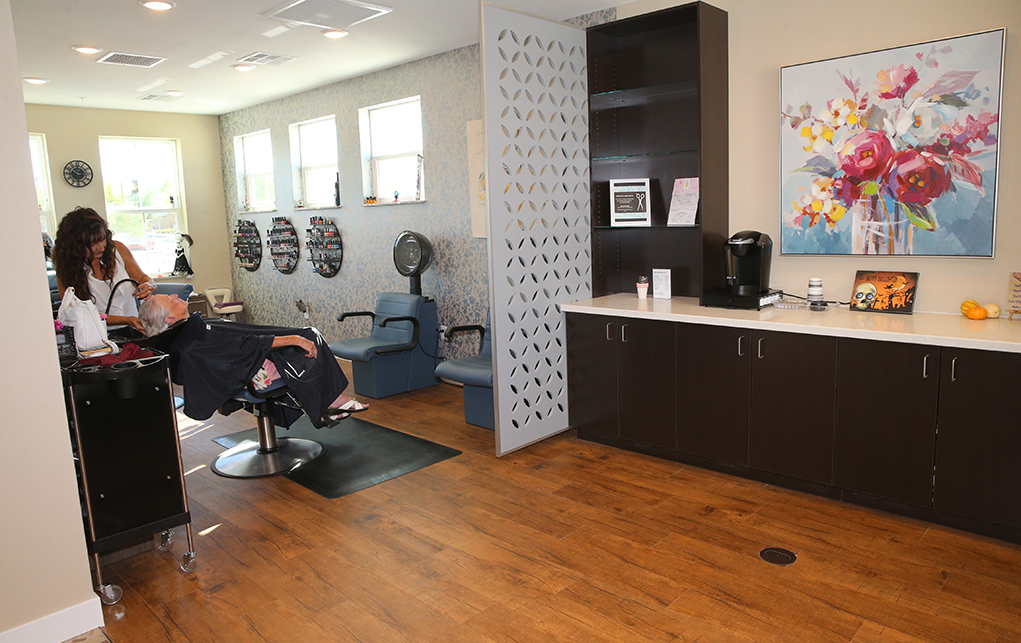 A full service salon is available to residents. Jillian Danielson/RiverScene

There is a full-service hair salon that is not included, but available to residents.

The Views residents will have access to a continental breakfast every morning and their choice of lunch or dinner in the Riviera Restaurant. 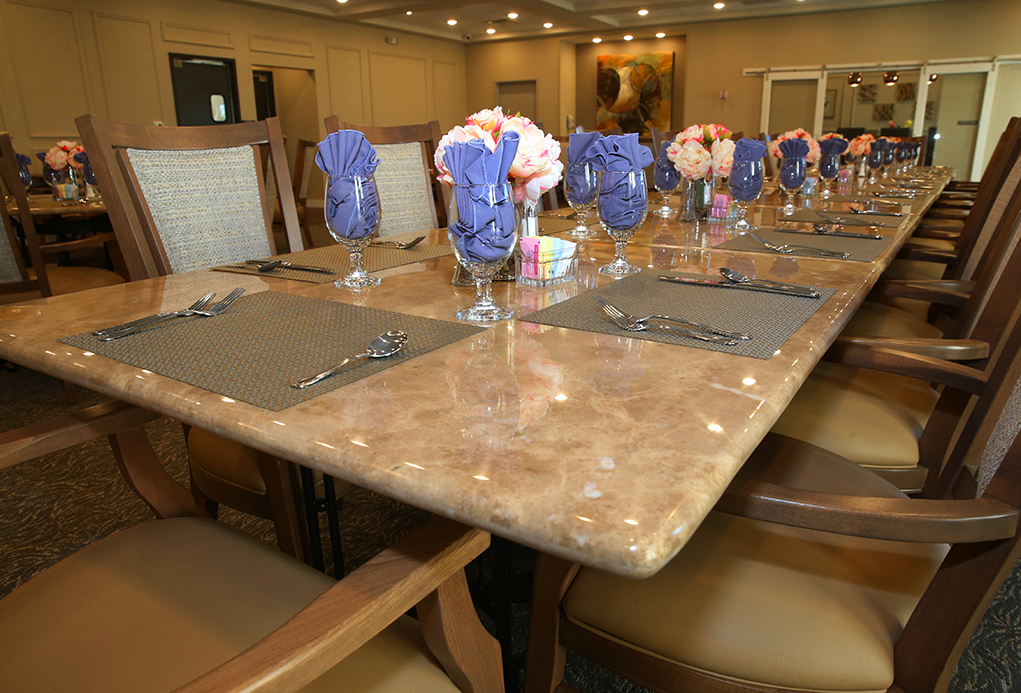 The dining room at The Views. Jillian Danielson/RiverScene

The value of the pricing, according to both Pakes and Retersdorf, are only appreciated with a tour of the facility. “You have to experience the facility to value the cost,” Pakes said.

Residents are required to enter into a one-year lease, with a 30-day notice to vacate at any time.

Retersdorf, as executive director, is in charge of operations for the entire facility. He said The Views employs about 20 people currently, including an activity director.

And there is a plethora of activities in which active residents can participate. Activities include everything from art to dancing to bingo. There are events like chili cook-offs and sharing appetizers at happy hour.

“I have a son in the Marines, and he was stationed in Yuma,” he said.

His son told him Arizona was the place for him with more than 300 days of sunshine every year … but “You have to love rocks,” he said.

He came to Lake Havasu City about 10 years ago. 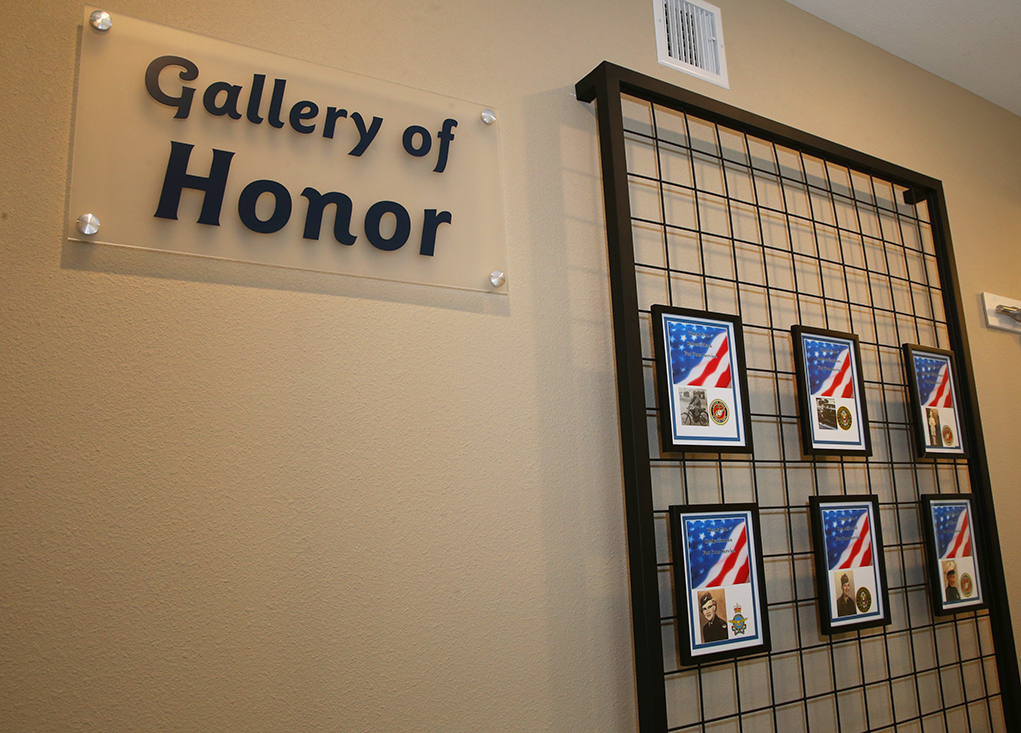 The Gallery of Honor honors Veterans at The Views. Jillian Danielson/RiverScene

“The great thing about The Views is it’s a 111,000-square-foot air-conditioned house where residents can enjoy all the amenities year-round,” Retersdorf said.

The grand opening Nov. 7 from 3 to 8 p.m., will feature live music by One Eyed Romeo in the courtyard, food prepared by The Views’ executive chef, beverages and tours of the facility.

The Chamber ribbon cutting will take place at 4 p.m.

“This is all inclusive resort-style living. We want to make everyone’s life easier. All our residents have to do is come downstairs every day with a smile on their face and be ready to mingle and socialize with friends,” Retersdorf said. 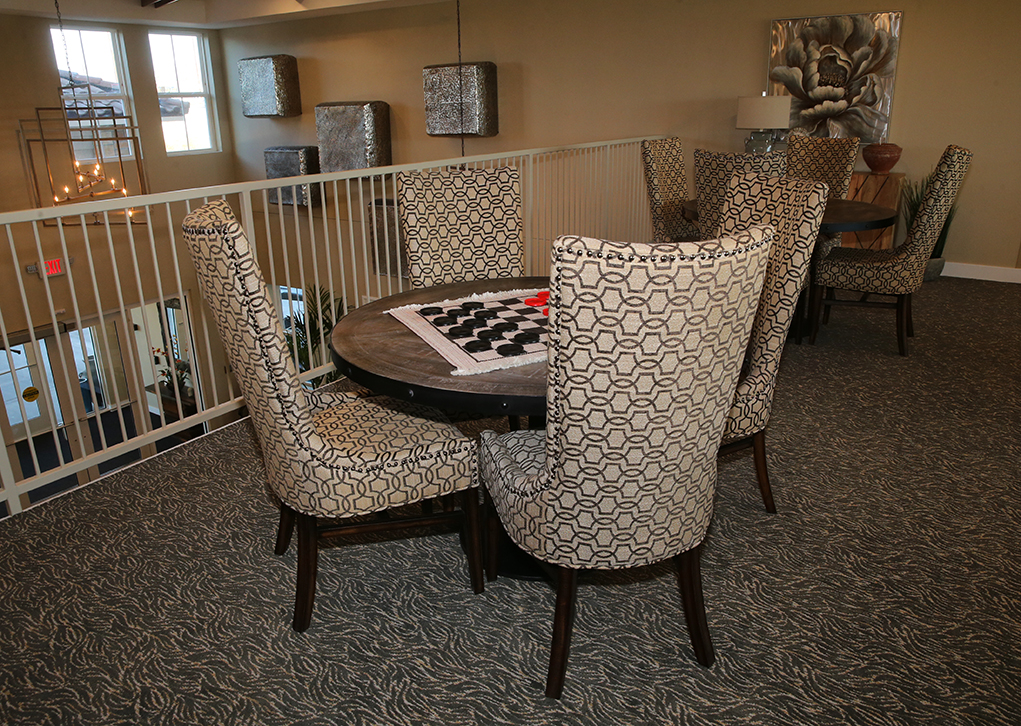 A fitness center is available to residents at The Views. Jillian Danielson/RiverScene 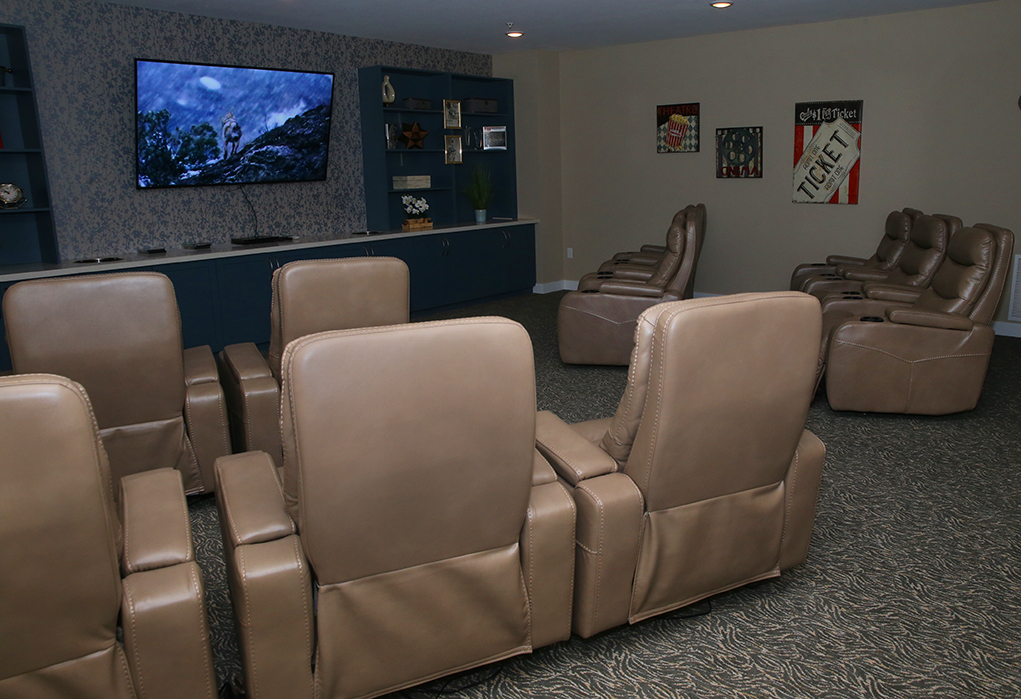 A media room is available to residents at The Views. Jillian Danielson/RiverScene 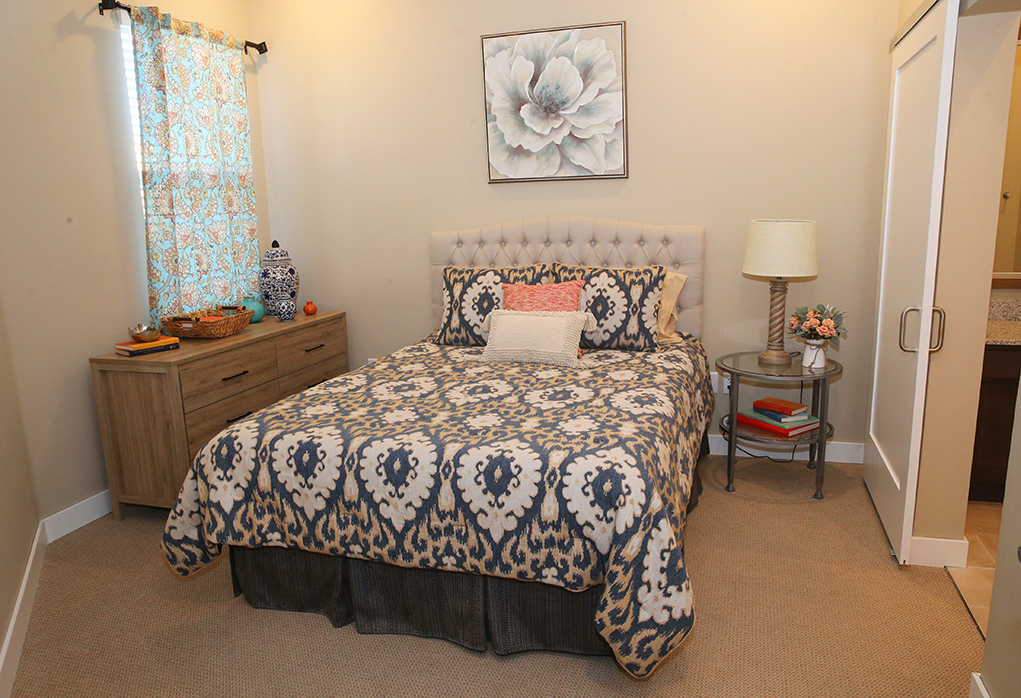 One Response to “The Views At Lake Havasu To Celebrate Grand Opening Nov. 7”