This Girl Is Making Muscles, Not Excuses 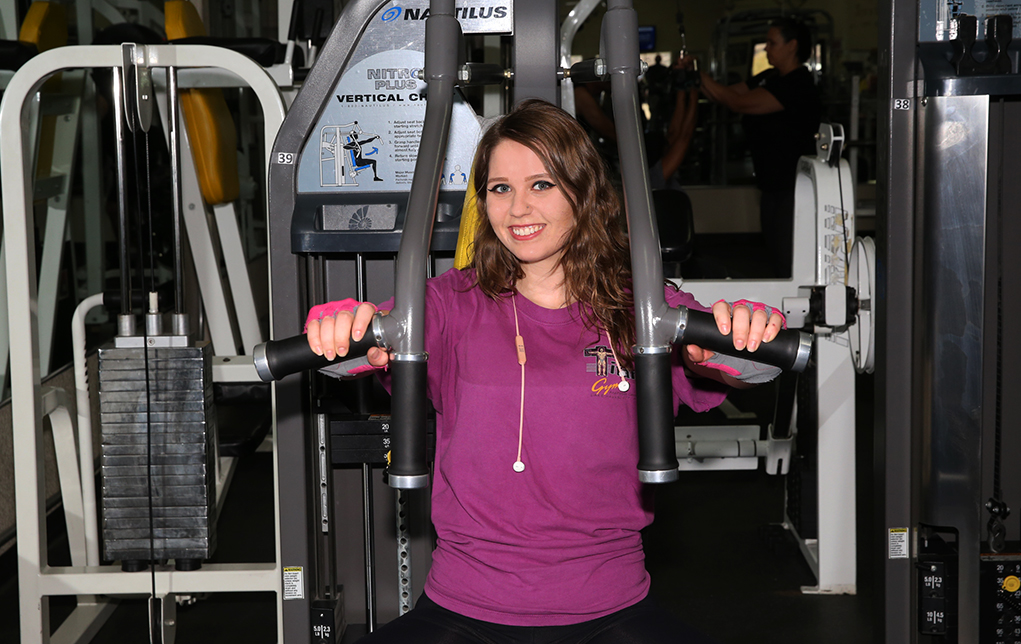 Cassidy Lanthron may be only 20 years old but she has quite the journey under her belt.

At 15, she found herself unhappy physically, mentally and emotionally.

Lanthorn is a born and raised Havasuvian. In her mid-teens she began to really look at herself and see personal issues with her appearance and well being.

At the peak of her weight problem, she was 220 pounds and felt the weight both externally and internally. She knew there had to be a change because the road she was on was a bleak one.

“One day it flipped like a light switch and I was like, let’s do this. I wasn’t feeling good physically or mentally and what can I do about this.”

She began her relationship with physical fitness with an elliptical machine in her bedroom. What started with five-minute increments of dread. Slowly, with diligent effort, that became 30-minute sessions that were a breeze. While on the machine, she would listen to music or watch Netflix. She eventually achieved non-stop 40-minute session. The more Lanthron exercised, the better she felt and it showed. 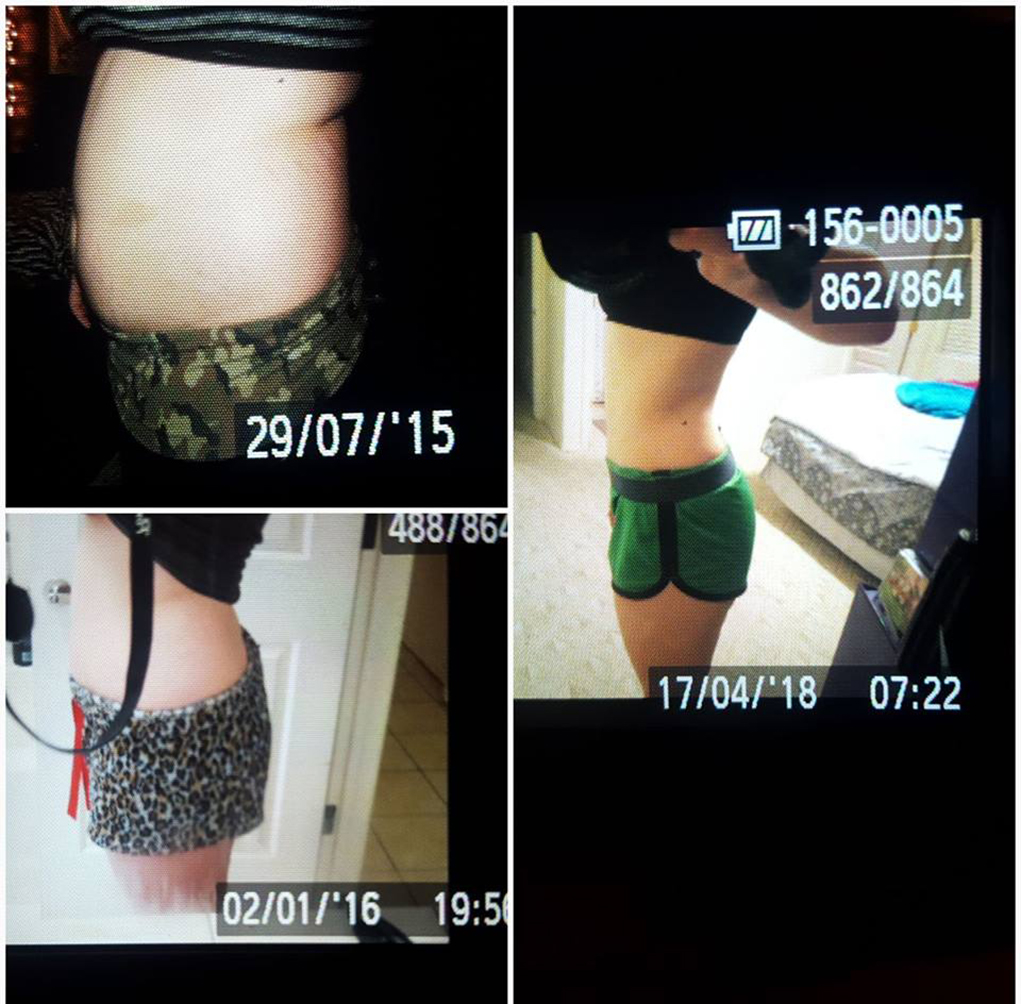 Over all, Lanthron has lost more than 70 pounds and counting. Now, she hopes to share her passion and story as an inspiration to others.

She found her home-away-from-home at Titan Gym. Lanthron starts her mornings, Monday through Friday, with a two-hour gym session.

As most fitness gurus would agree, she alternates upper and lower body exercises each day for an even tone and to combat sore muscles. Of all of her workouts, her favorite machine is known as “The Smith” that can be used for bench presses or squats. 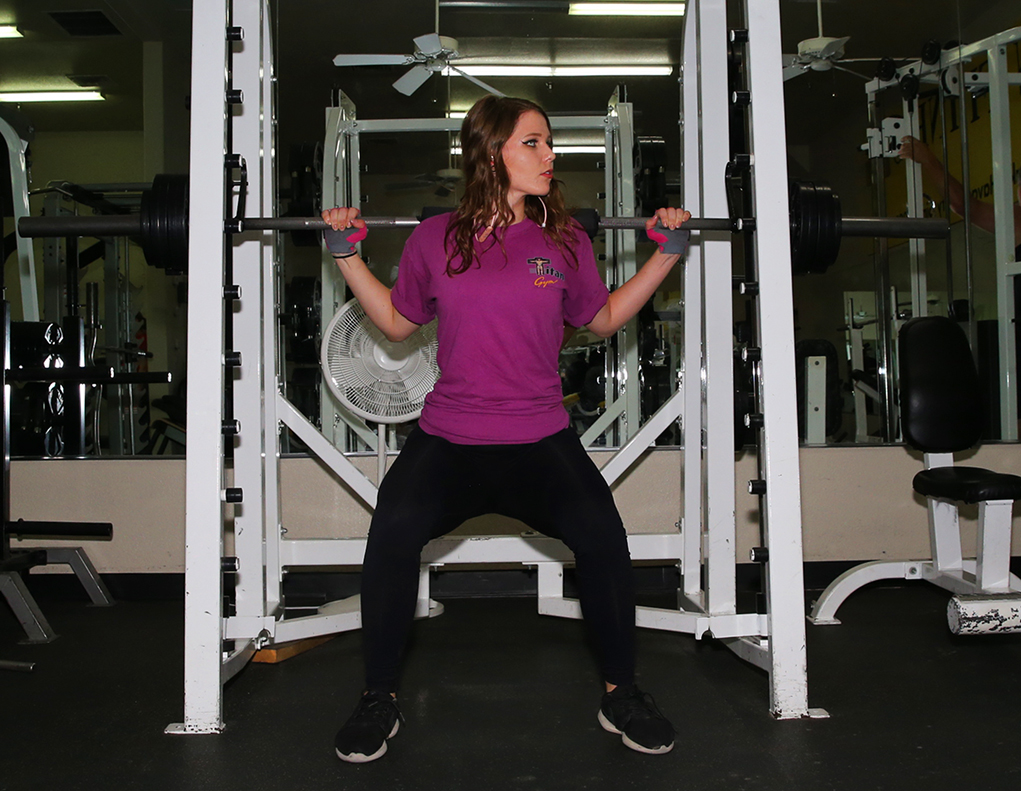 Cassidy works out on her favorite piece of gym equipment at Titan Gym. Jillian Danielson/RiverScene

After her morning routine, she takes a quick break at home only to come back to Titan to help others guests and operate the front desk. She has worked for Titan Gym for almost a year.

She is a vegetarian and follows a clean eating routine. Her main food sources are fruits and vegetables while limiting sugars, junk food and processed foods.

Her grocery shopping tip is to stay on the perimeters of the store. The inner isles are usually home to the processed food items while the outskirts hold the raw, fresh food sources.

“I think it all starts up in your head, first off. Then in the kitchen, then physically working out.”

The first step to one’s journey of physical fitness is the removal of the mental block that screams, “You can’t do it.”

Lanthron wants her story to show others that they “can” do it and achieve goals beyond their wildest beliefs. 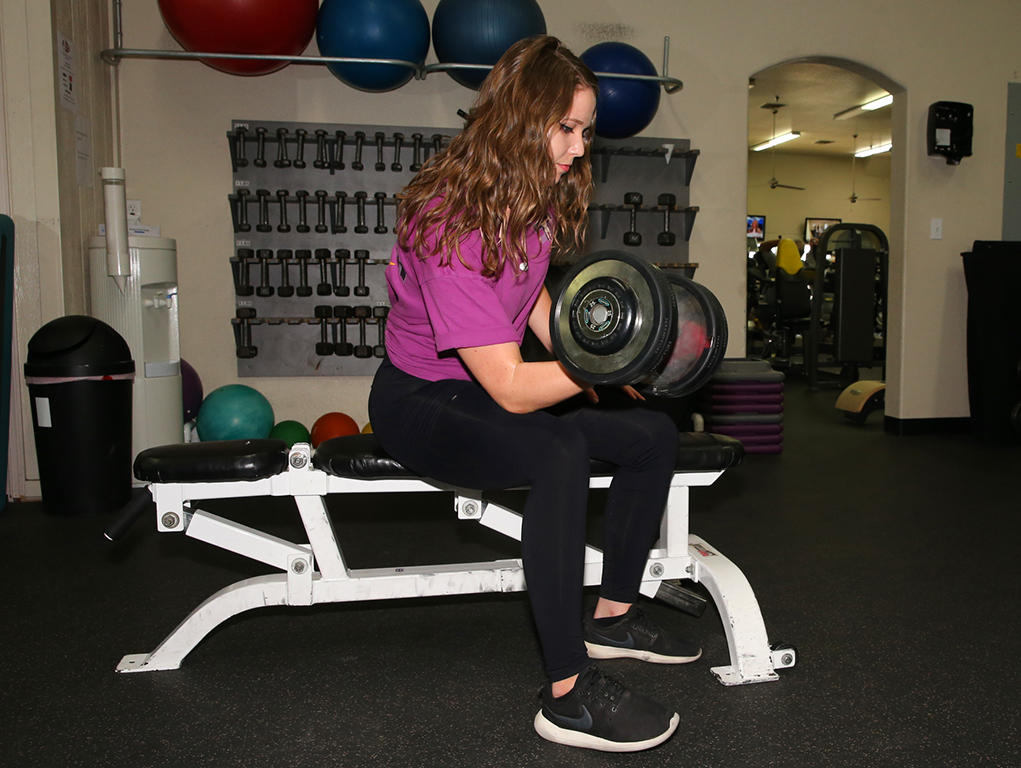 Her favorite part of her fitness regimen is the way she feels post-workout. Also known as “workout high,” an individual can go into the gym in a negative mood and can come out a completely different person with a better mindset for the day.

Cassidy Lanthron is working to become a personal trainer and fitness class instructor. She plans to take her journey and use it as inspiration to those who are in the same place she once was. If she is able to help just one individual, Lanthron believes her goals will have been reached.

“God helped me help myself so I can help others. I truly believe that I was brought to this gym for a reason.” 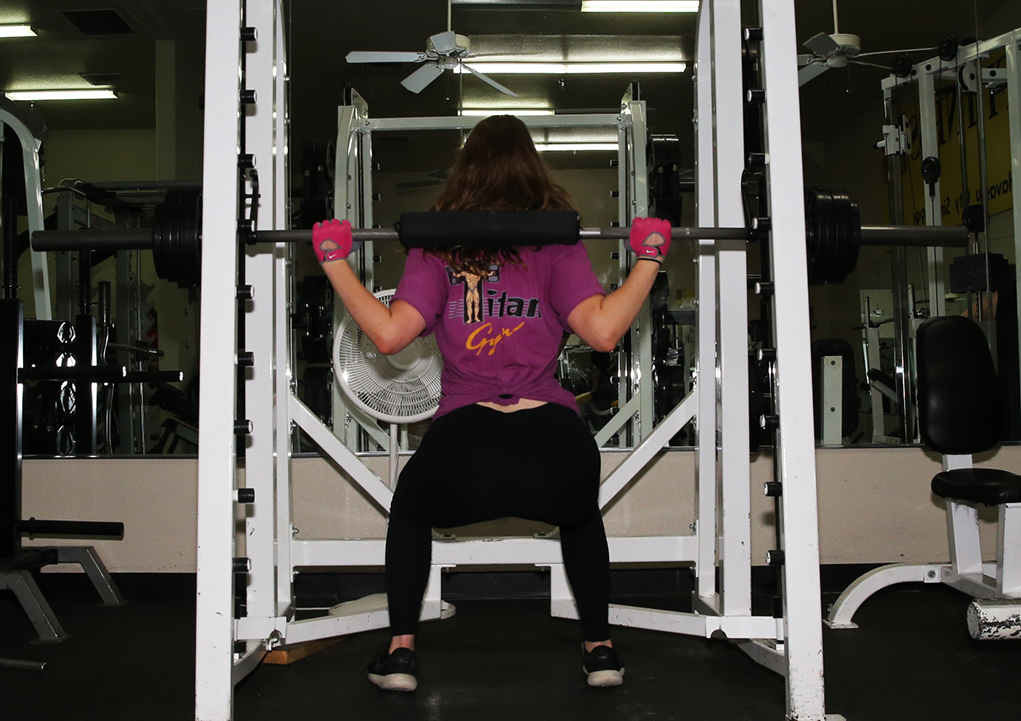 One Response to “This Girl Is Making Muscles, Not Excuses”