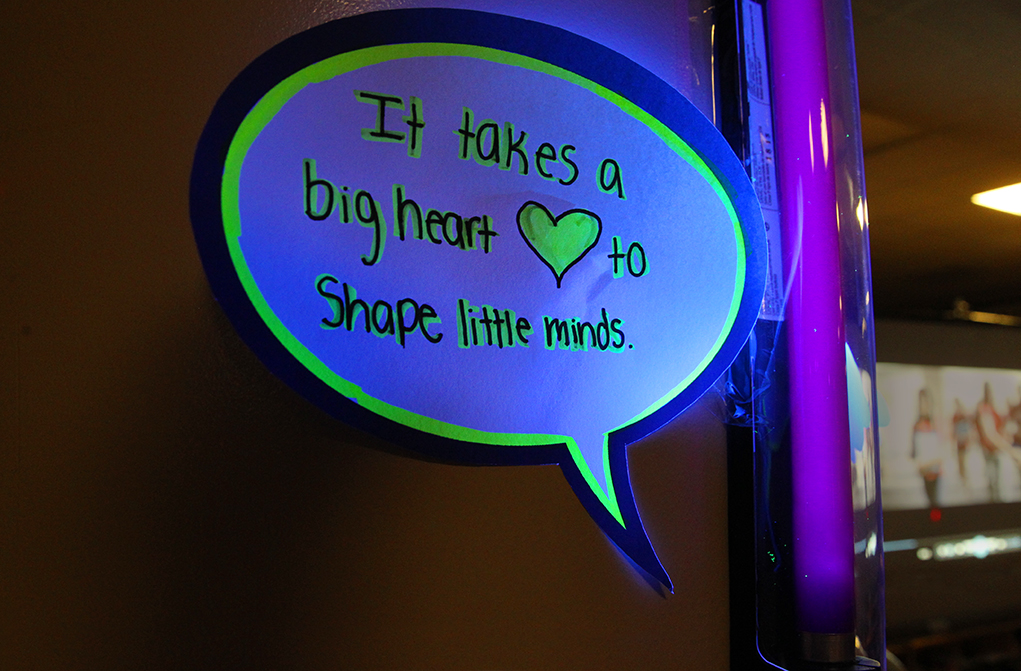 Thunderbolt Middle School teachers were summoned to a meeting in the school’s library Tuesday afternoon for something that turned out to be a surprise for all of them.

They were there to learn that Thunderbolt Middle School has been nominated for the Capturing Kids’ HeartsTM Showcase Schools Award for the 2015-2016 school year by the Flippen Group. 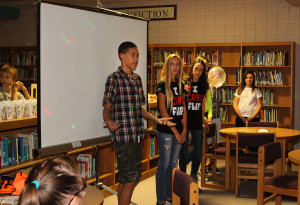 Students thank teachers in the library before the announcement of the nomination. Jillian Danielson/RiverScene

After researching programs used by some of the nation’s most successful schools, Lake Havasu Unified District leaders chose to join hands with the Flippen Group to bring Capturing Kids’ Hearts to the Thunderbolt campus. Teachers and staff have learned the processes needed to connect students with their peers and adults on campus, and to create classrooms that students are excited to enter and learn in every day. As a result of implementing Capturing Kids’ Hearts, Thunderbolt has enjoyed decreased discipline and increased attendance,

Out of 400 schools, Thunderbolt is among the 14 nominated to be the showcase school, the press release reported.

Over the next several months, a Flippen Group site team will visit Thunderbolt to examine and experience for themselves the impact taking place. Thunderbolt hopes to become a recipient of the Capturing Kids’ Hearts Showcase Schools Award for the 2015-2016 school year. 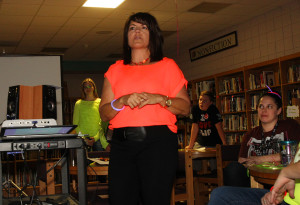 Mari Jo Mulligan, principal of Thunderbolt Middle School, tells the teachers that Thunderbolt is one of the nominations for the Capturing Kids’ Hearts Award. Jillian Danielson/RiverScene

Mari Jo Mulligan, Thunderbolt principal said, “Capturing Kids’ Hearts is a set of tools that we are all provided and the purpose is to connect with one another. It starts with a handshake … a very intentional positive connection with kids. We all have a social contract so we know how to treat each other.”

Mulligan said that a variety of criteria was used by the Flippen Group to arrive at the nomination. Surveys of students and staff and data including attendance data were used to determine “our teachers are doing it right.” 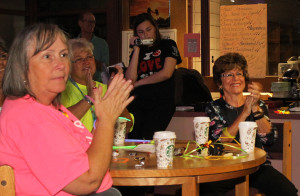 “Capturing Kids’ Hearts is the reason I teach. I almost walked away after two years. I was frustrated with everything being data-driven. Now I feel like I can teach the whole child” Thunderbolt teacher Lindsay Bitterman said.

Bitterman said she can make a lasting impact in the classroom with students with the tools the program has given her.

Adi Beckman, a Thunderbolt student said, “It taught me how to public speak and before I went through the program, I couldn’t get in front of people. It has helped me develop better relationships with teachers. Before the program there were only a few teachers you could talk to and after the program, you can talk to any teacher about anything.” 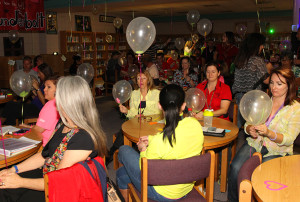 A site visit to each nominated campus will be conducted to gather additional quantitative and qualitative data and to interview students, teachers, administrators and parents. A matrix of key measurements will be used to gather information during a campus walk-through.

Finally, an additional survey will be conducted to collect feedback regarding the perceived climate and culture of the campus and its conduciveness to learning. Following the site visit, the selection team will review all accumulated data and select the campuses to be recipients of the Capturing Kids’ Hearts Showcase Schools Award.

Teachers received a coffee cup loaded with goodies and the school was given a Keurig coffee machine for its teachers’ lounge. 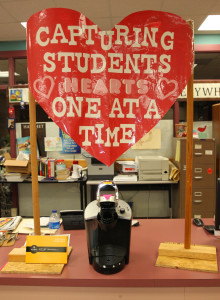 A Keurig Machine was donated to the teachers lounge. Jillian Danielson/RiverScene