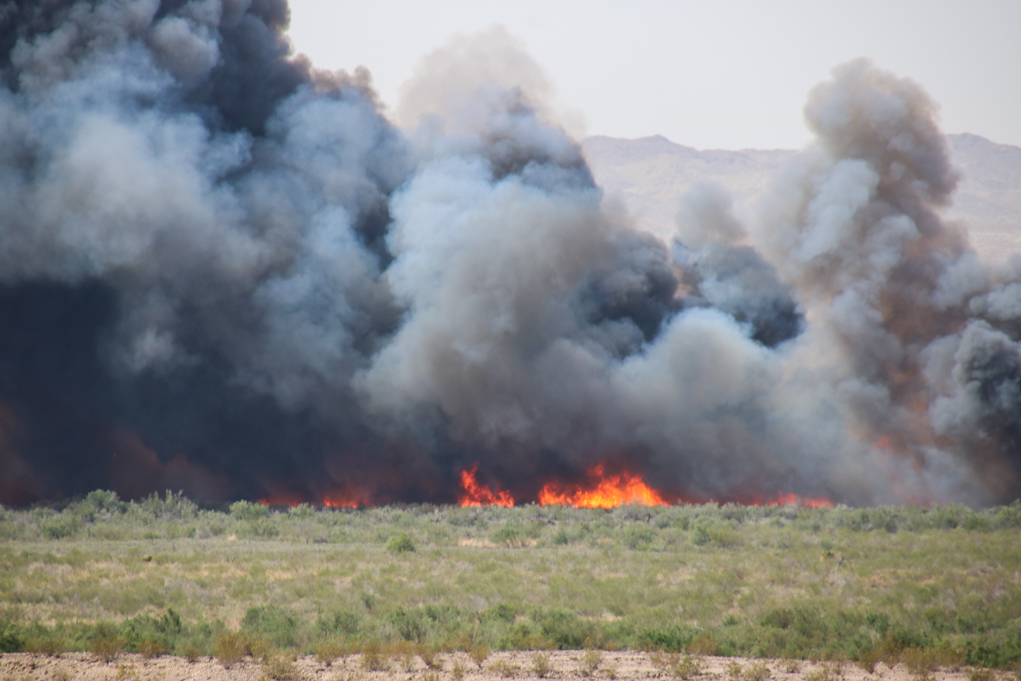 Fire officials report that the fire burning near Topock has consumed 1,200 acres, 50 acres on the California side of the river, and there is zero containment at this time. 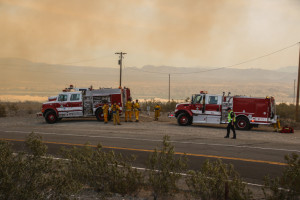 Firefighters stage outside of the Topock Fire. Rick Powell/RiverScene

The biggest concern at this time, according to fire officials, is embers and wind.

According to the National Weather Service in Las Vegas, the winds have turned northwest. These winds will continue until midnight, then decrease. Smoke could still hang around in Lake Havasu City through Thursday morning.

There has been some damage at Pirate’s Cove Resort, but firemen are protecting it from further damage. 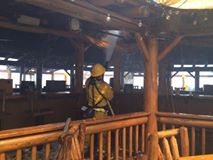 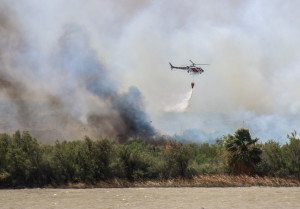 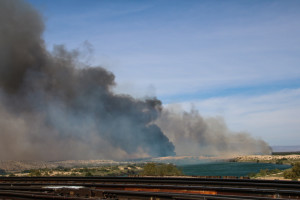 Smoke from the Topock/Pirate Fire rises into the air Wednesday morning. Rick Powell/RiverScene 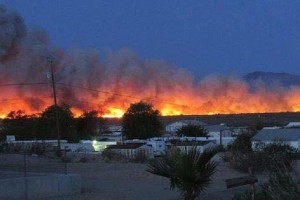 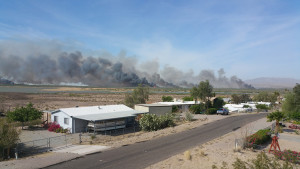 One Response to “Topock Fire Update”