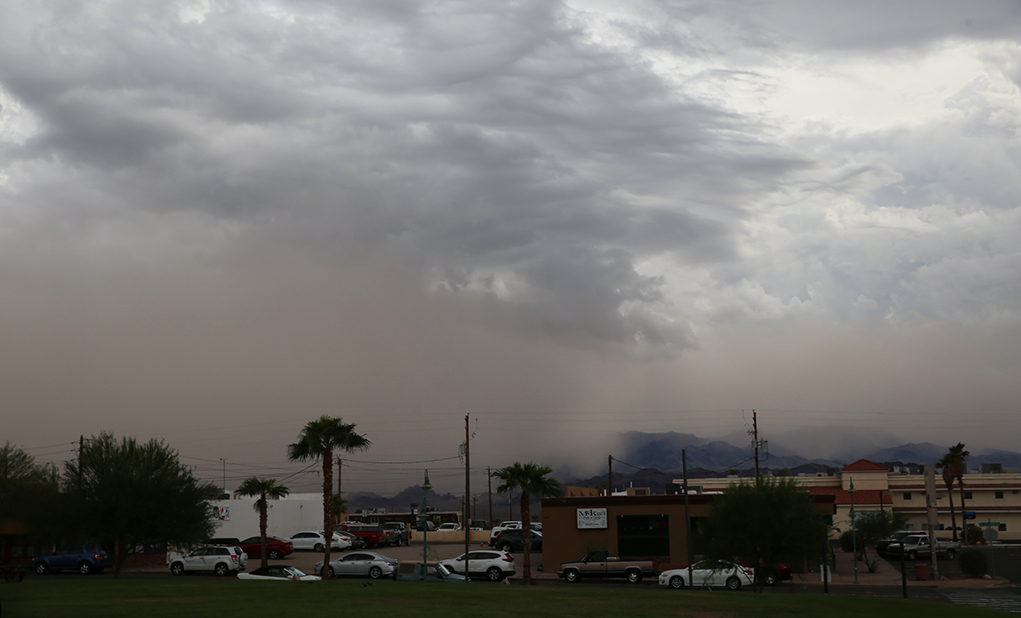 For Havasuvians wishing for a good rain in Havasu all summer long, this week may fulfill that wish.

Hurricane Rosa has been downgraded and it is now tropical moisture making its way into Arizona Monday through Wednesday. At the end of the week, low pressure will also draw moisture back into the area late Wednesday to Friday.

Because of Hurricane Rosa, a dust storm blew through Havasu Sunday afternoon, interrupting filiming of the movie “Hot Water.”  The winds picked a few tents and halted filming for a short time. As the dust storm hit, the film crew, actors, background extras and production crew worked together as a team to secure tents and pick up anything else that was blowing about.

Production on the movie, as well as IJSBA races will continue as planned day by day. RiverScene will keep everyone up to date if anything changes. 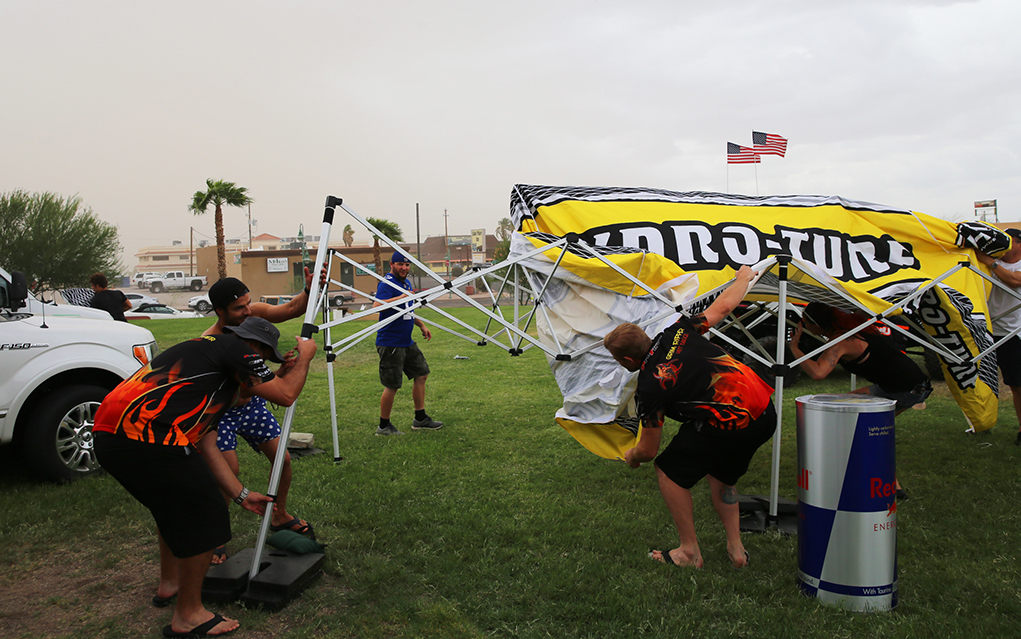 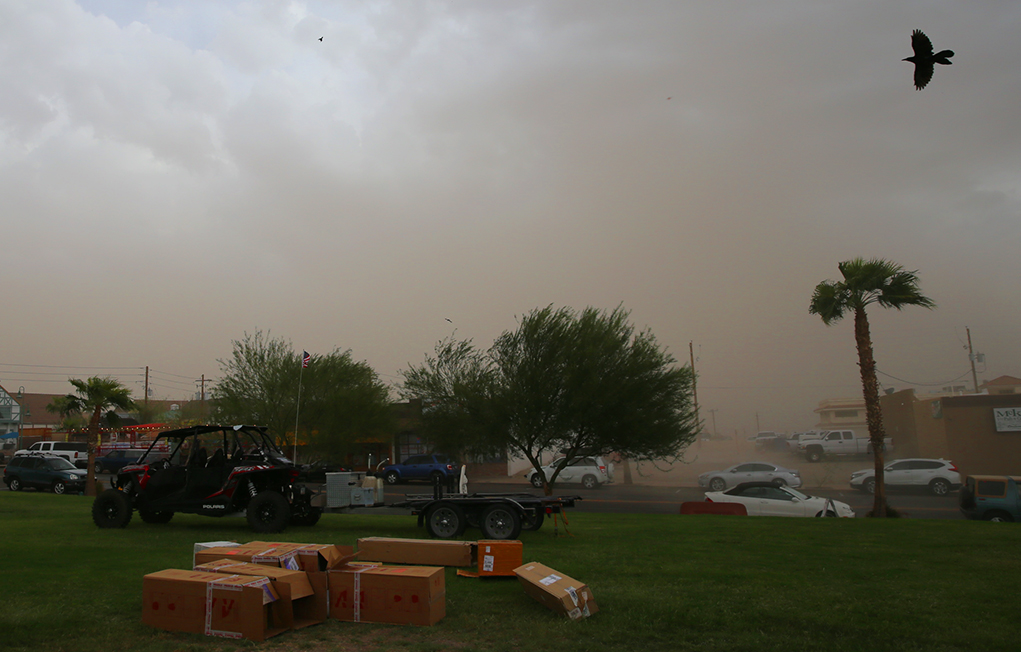 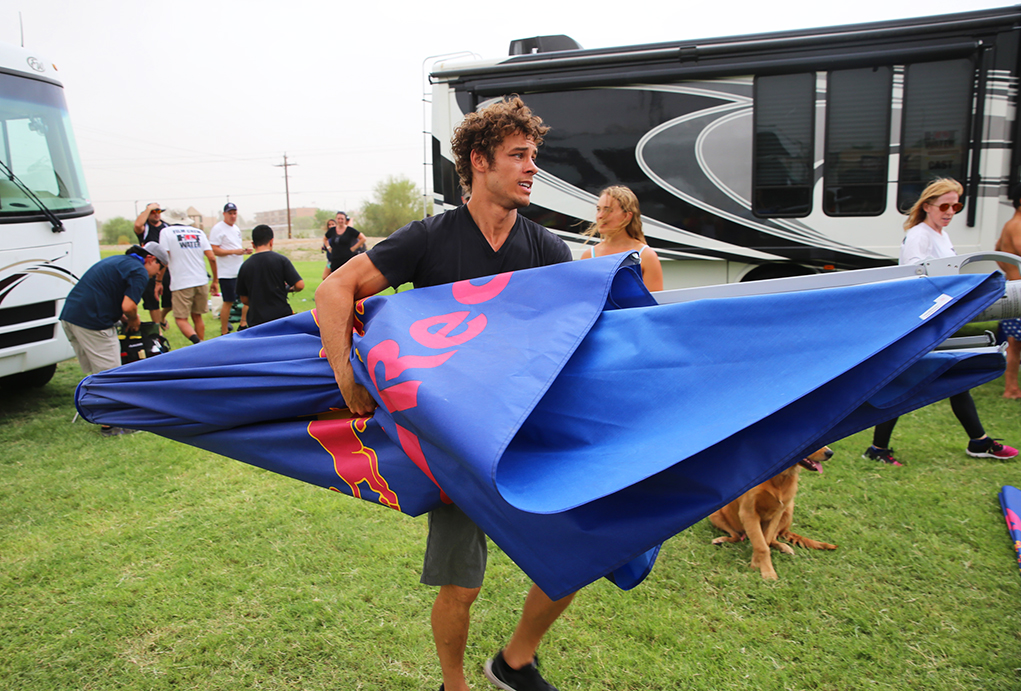 Actor Brian Combs carries a sponsored umbrella to pack away after a dust storm rolled through Lake Havasu during the filming of “Hot Water.” 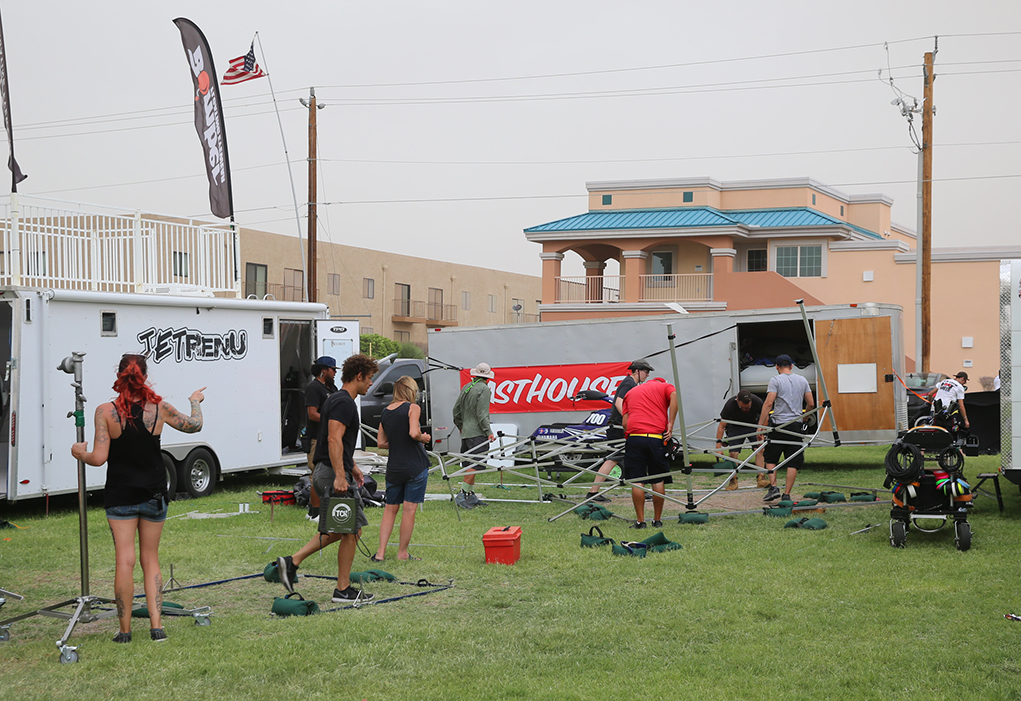 Production crews work to take down pop up tents and camera gear on set of “Hot Water” after a dust storm rolled through Lake Havasu during filming. Jillian Danielson/RiverScene