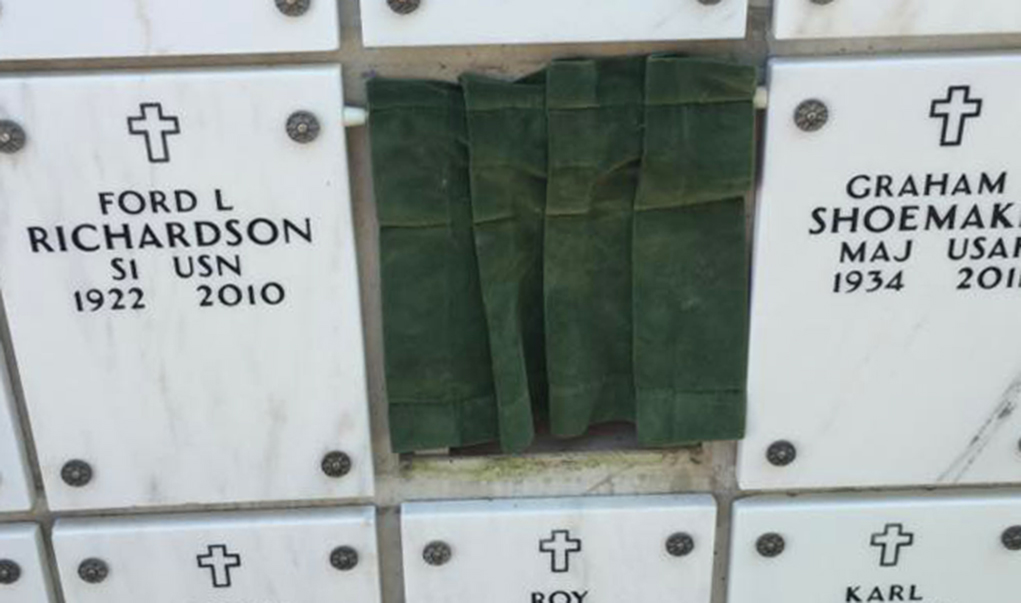 I looked at the photo and couldn’t believe my eyes. But allow me to tell you this story from the beginning.

Since 1989, every year, 10 days before Memorial Day, hundreds of veterans and supporters gather in Ontario, Calif., to begin a motorcycle journey across America. This journey is called Run For The Wall, and its destination is Washington, D.C., and the Vietnam Memorial Wall, where they pay their respects to those who never came home from the Vietnam War. On Memorial Day weekend, they join Rolling Thunder, a demonstration to remind our government that they must never cease looking for those killed on battlegrounds and bringing them home.

I have participated in Run For The Wall since 2003 to support these veterans in their annual journey to honor their fallen comrades and our POWs and MIAs from all wars.

One of those fallen is John Marcikese, of Lake Havasu. No, his name is not on the Wall, but one day it will be added to a new wall that will be built for those who died of Agent Orange exposure. 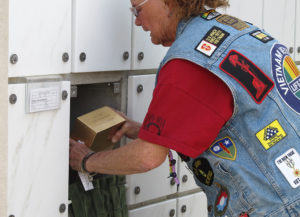 In 2010, Havasu lost this hero to cancer caused by exposure to Agent Orange while he was fighting in Vietnam. John was a recipient of a Silver Star with oak leaf cluster, Bronze Star, and two Purple Hearts. He was injured in the Battle of Hamburger Hill in Vietnam and was the first recipient of Lake Havasu’s Hometown Heroes Award in 2010 – a month before his death. His wife Pat carried his ashes on RFTW in 2011 to be interred at Arlington National Cemetery. I was honored to be present when he was laid to rest at Arlington.

Pat Marcikese looked forward to being with John once again, and on this year’s Memorial Day weekend, her wish was realized. Pat died after a short battle with cancer, and her Run For The Wall friends took her ashes on this year’s journey to the Wall, to place them next to John’s at Arlington.

And this is when I discovered something truly amazing. I was unable to go this year, and I was looking through photos of Pat’s interment with John when I noticed that the space right next to John and Pat’s bore the name “Ford L. Richardson,” another Lake Havasu hero.

Ford was a World War II vet who enlisted on Dec. 8, 1941, the day after Pearl Harbor was bombed. He had hiked 15 miles to enlist in the Navy. He was a Radar-Rangefinder Operator and a 4MM Gunner. Ford was a recipient of 11 battle stars. He was a member of the VFW Honor Guard/Color Guard and had the privilege of serving on many funeral details for numerous veterans in Lake Havasu City. He died Oct. 30, 2010, and John Marcikese died Oct. 16, 2010.

When I saw Ford’s name, I searched for the photos I had taken when we placed John’s ashes at Arlington. Among them was a photo of Pat placing John’s urn in his space. The space right next to John’s was blank, but there was a notice attached. Using a magnifying glass I was able to read the name. That space was being reserved for Ford L. Richardson.

These two heroes knew each other, through veterans organizations and events in Lake Havasu, but it seems more than coincidental that they were interred directly next to each other. What else could possibly explain that these two men ended up next to each other in a columbarium that thus far houses the remains of more than half a million veterans from all over the United States?

Remember all of our heroes.