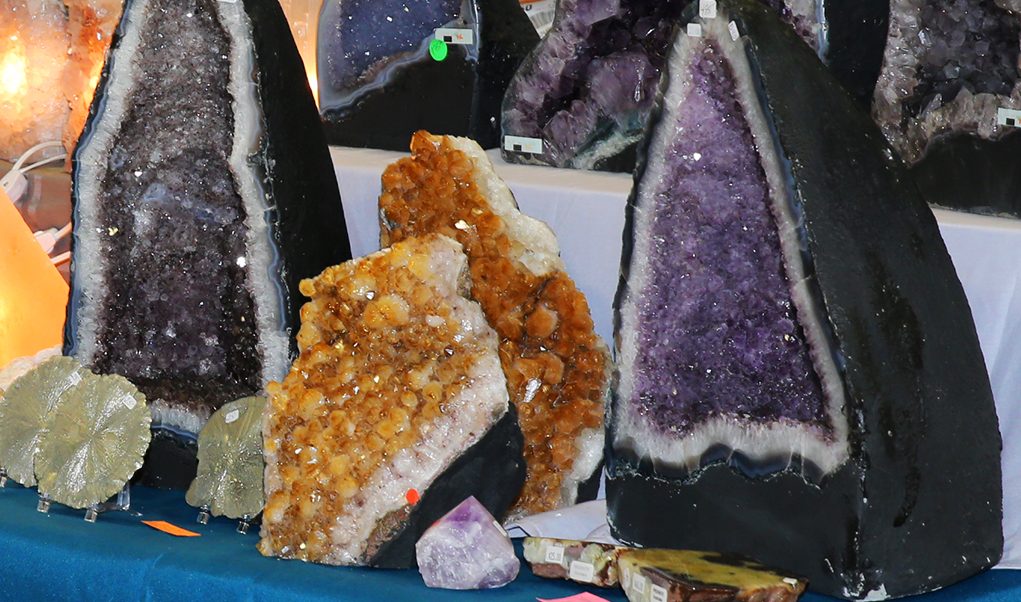 A collection of unusual rocks, fossils and minerals took center stage at the annual Gem and Mineral Show at the Lake Havasu City Aquatic Center over the weekend.

More than 40 vendors from around the state and country also displayed their crafts and jewelry designs. The show was organized by the Gem and Mineral Society whose members work each year to bring the show together.

“This show has been running for 52 years  now and the group is really active and involved in educating the community about rocks,” said Jane Highness member of the Gem and Mineral Society. 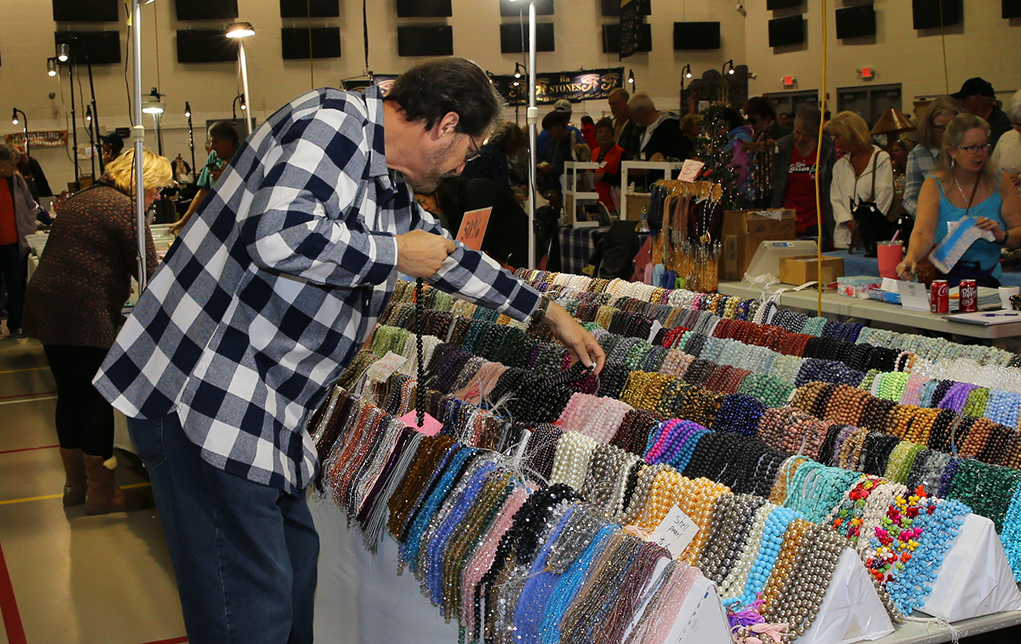 The Gem and Mineral Society is a nonprofit with more than 300 members dedicated to educating their members and community about rocks, gems, minerals and fossils. Members also offer a scholarship to students wishing to pursue a career in the area of  life sciences. Part of their membership involves hosting the annual Gem and Mineral show.

Gemologists, gem artists and sculptors like Helen Serras-Herman who traveled from Tucson, was just one of the many vendors  and artists who come each year.

“It’s been a great event. Every year it is a bit different and I can see the club works really hard to put this on each year. There’s a little bit of everything here,” said Serras-Herman.

“We live in such a diverse geological area and we really love promoting education on that front,” adds Jane Highness. 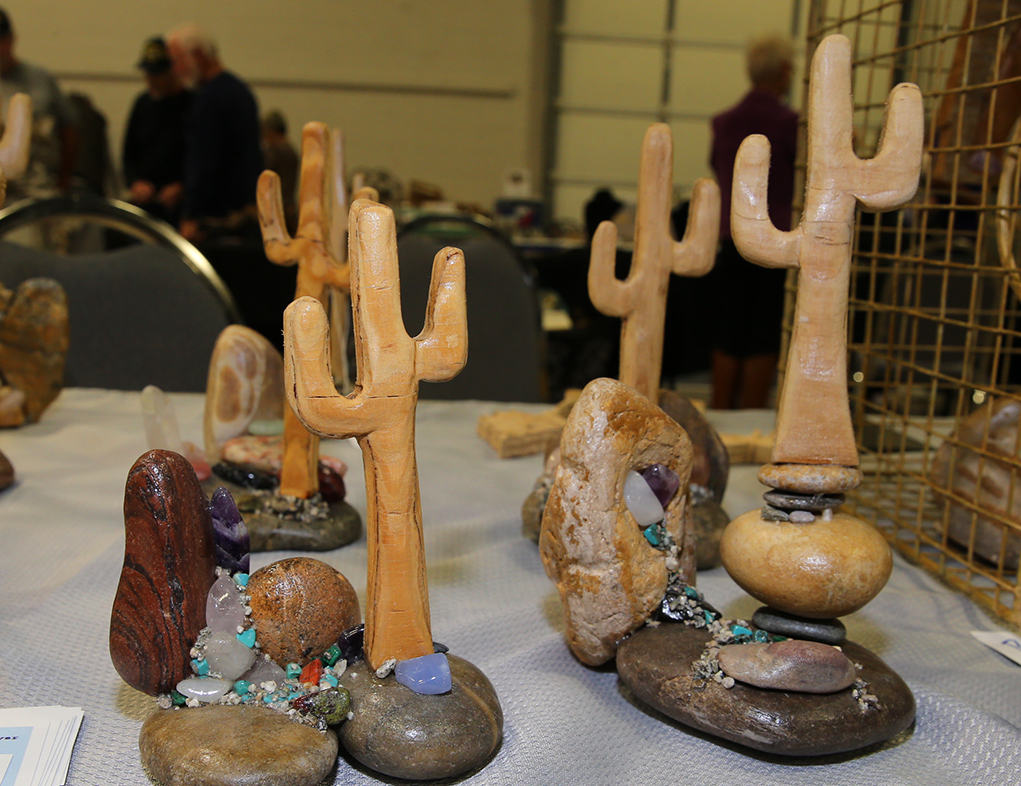 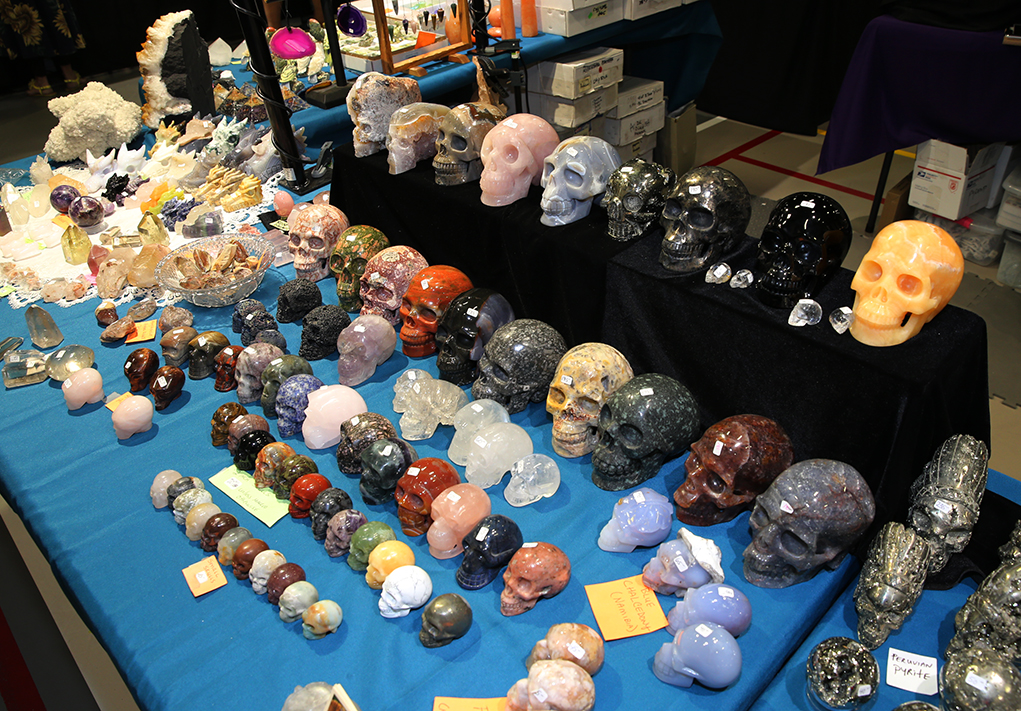 Raffles and hourly door prizes, games and prizes for the kids, as well as food and beverages were also available for shoppers.

The Gem and Mineral Society also hosts field trips for their members, offer lapidary classes and also have a rock shop located at the Lake Havasu Museum of History on London Bridge Road.

For more information on the Gem and Mineral Society, visit https://lakehavasugms.com/