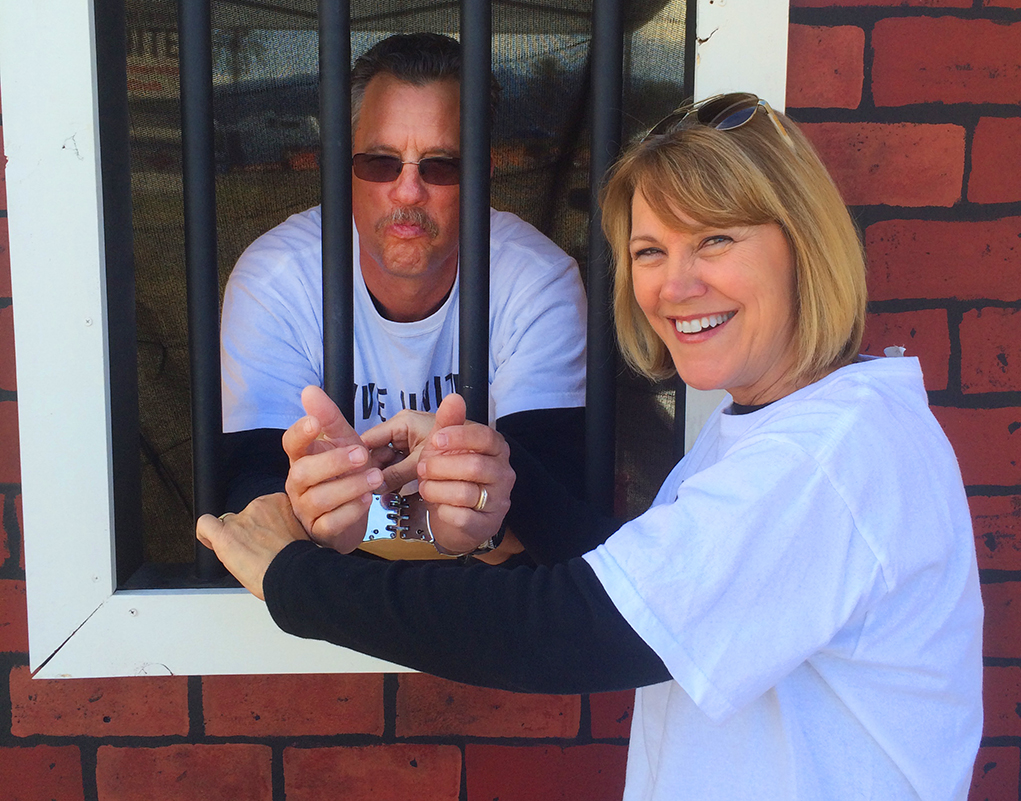 Dennis Mueller, LHC Fire Chief, volunteer advisory committee member and board member for RCUW, built the portable jail for use at events like Balloonfest and Winterfest to sell United Way warrants at $20 per warrant for local residents.

March 27, from 9 a.m.-4 p.m., representatives from RCUW will come to a workplace, arrest someone with a warrant and the jail birds will have one hour to raise the amount of bail set for them to be released.

All of the donations raised will stay right here in Lake Havasu to support nine partner agencies that provide 15 different programs, along with Kids Bright and Healthy Initiative.

Warrants can be purchased until March 20 at 4 p.m. For more information, contact Robert@rivercitiesunitedway.org or call the office at 928-855-6333.

Currently, 43 warrants raising $860 have been sold. Bail will be determined by how many warrants are purchased per person. If one person has five warrants at $100, bail will be set at $200 for release. And there are some that have more than one warrant for arrest at this time.