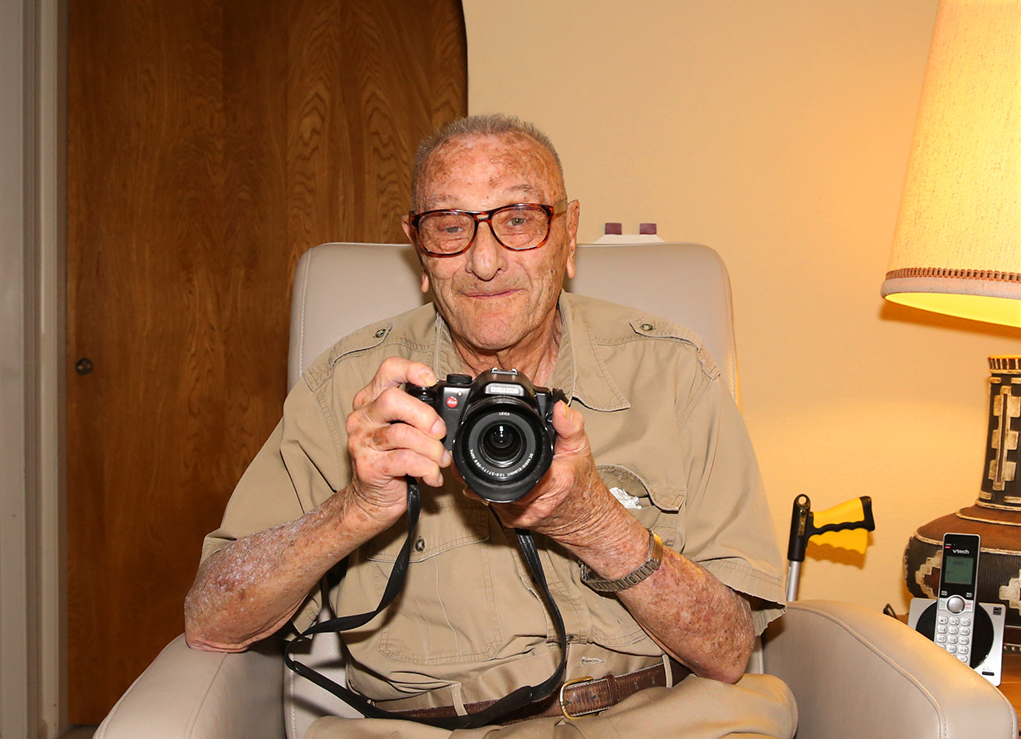 As a young man, Ewing was eligible for the war draft in 1940 after graduating from college. With med school ahead, an education deferment stalled his deployment with the U.S. military.

“I’m from a family of doctors, I was studying medicine,” Ewing said. “I had as much energy, ability and desire to be a doctor as that table right there. I wanted to fly an airplane.”

During his draft deferment, Ewing’s aviation passions soon led him to obtain his private pilot license.

“At Tulane University campus in New Orleans, there were Canadian officers and a sergeant, all who were in the Canadian Flying Corps,” Ewing said. “They were looking for volunteers for the Canadian Air Force.”

After seeking permission from his family, Ewing, at the age of 20, was among 10 volunteers, all of whom were subject to a quick flight training of about 30 hours. Each was declared at the rank of sergeant, and stationed at a Canadian military base in Nantwich, England, he said.

The deficiency was quickly remedied when Ewing and fellow pilots were upgraded to the P-51 Mustang airplanes equipped with new Rolls Royce engines.

“Those were the good ones,” Ewing said of the upgraded plane engines.

In late 1942 and early 1943, it was wartime, a time Ewing recalls aptly using Hershey’s Chocolate bars, cigarettes, and coffee as the most effective currency. Amid all, Ewing had the opportunity to continue on with the Canadian military or stay overseas within the American Air Corps.

Ewing’s Canadian rank of sergeant was elevated to a temporary active-duty rank of First Lieutenant in order to be commissioned with the U.S. military forces. At the end of his military career, Ewing retired from the U.S. Air Corps at the permanent rank of Staff Sergeant, he said.

“I was in the 9th Air Force as an executive office, at that time I flew very little, eight or nine hours a day,” Ewing said. “Our job was to fly to targets in France and pin down as many of the German places and equipment as we could. Trains, railroad stations, we tied down a lot of the German tank forces.”

On D-Day on the beaches of Normandy, Ewing was safe and out of harm’s way at Nantwich.

“We flew very little and had very little contact with the squadron commanders, only in the briefing room,” Ewing said. “There were 10 squadrons and that was my only contact. Then, I was in the control tower with the general counting the airplanes as they came back … you didn’t make friends with anybody there. You didn’t want to get to know them because it’s very tough having breakfast with someone and then they don’t ever come back. I don’t want to know your name, or if you’re married, or none of that.”

In early 1946, it was time for Ewing to rotate home to U.S. soil and General Hugh J. Gaffey made it happen. Ewing was denied his request to board an American airplane transporting captured U.S. soldiers and POWs back to the U.S.

Ewing quickly learned Gen. Gaffey had made other arrangements for him aboard a ship departing Antwerp, Belgium, also bound for America.

“Now, this ship must’ve been commissioned some time before the Civil War,” Ewing said of his ride home, “There were 540 soldiers on that transport and I was the only officer on that ship. It was 21 days aboard that ship and we finally docked somewhere in New Jersey.”

Ewing was nearly free of his military responsibilities, or so he thought.

“When I got home from Germany, they said that if I signed these papers, I would retain my rank and there was no likelihood ever to be called back again and so I signed them,” Ewing said. “Then in 1950, I was called up for the Korean War.”

Ewing was back in the pilot’s seat during conflict.

“The first missions in Korea we flew out of Japan,” Ewing said. “The planes had no markings and our uniforms showed only our rank. In 1953, it was the end. I was discharged and sent home and my obligation with the military was out.”

“OK, so my service is over with, and, as far as me, and why I say I don’t crave any publicity, is because I’ve had one hell of a life, one hell of a career. I think it’s been damned good.”

With his 10.5-year military commitment as a wrap, Ewing joined forces with Mobil Oil and worked there for 38 years. It was 1980 when retirement called his name. Ewing was 61.

Photography was the answer. A shutterbug passion that crept in during peace time 40 years prior when Ewing was living off-base in Paris, France, awaiting his return trip home. In the 1980’s Ewing landed a professional photography gig with Liz Claiborne. A position he held and dearly loved for the next 10 years of his life.

Ewing photographed Liz Claiborne’s winter, spring and summer clothing lines and the photographs were throughout that company’s stores in the U.S., he said.

In the early 1990s, Ewing was mid-70s. He met and married his sweetheart Lucille Ewing, 94, also of Lake Havasu City. The couple have a combined family of ten children, which has grown into quite a cluster of grandchildren and great-grandchildren.

“It was peace time, and we were busy moving records and personnel files to France,” Ewing said. “I really wanted a beefsteak. I found a beefsteak, and noticed the many American Legion hats around me. The group wearing them invited me to be part of the American Legion, Post 1, in Paris France. I think I paid something like $50 for the year and I got a hat. So, it wasn’t anything unusual about wearing those hats. There were 150 or more guys wearing those hats.” 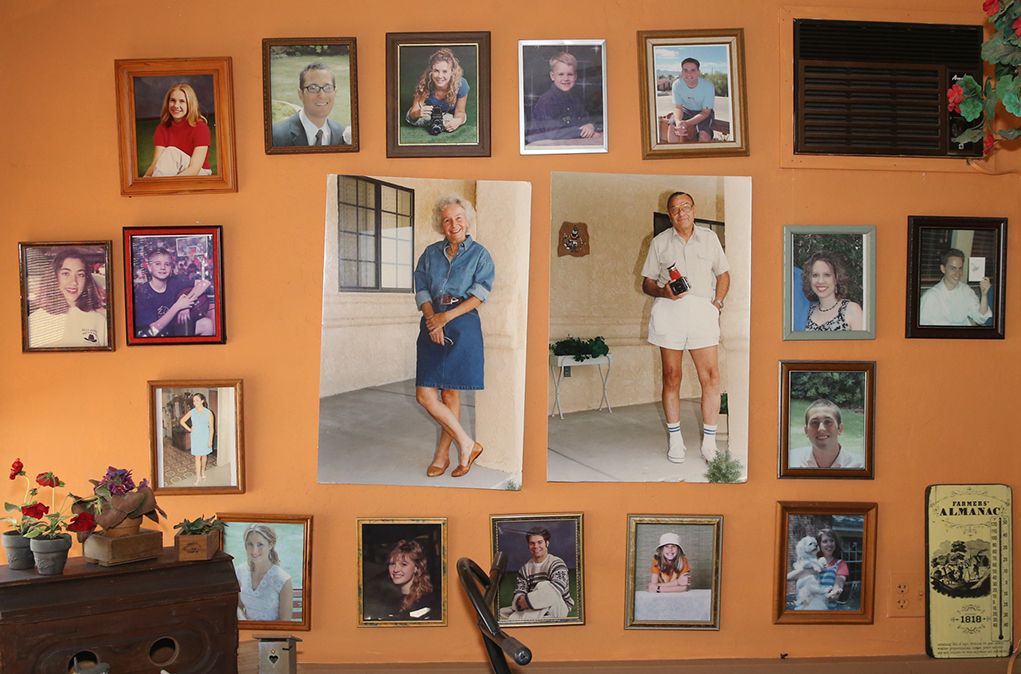 Photos of Fred and his wife Lucille, taken in early 2000, hang on the wall in their home along with photos of their grandchildren. Jillian Danielson/RiverScene