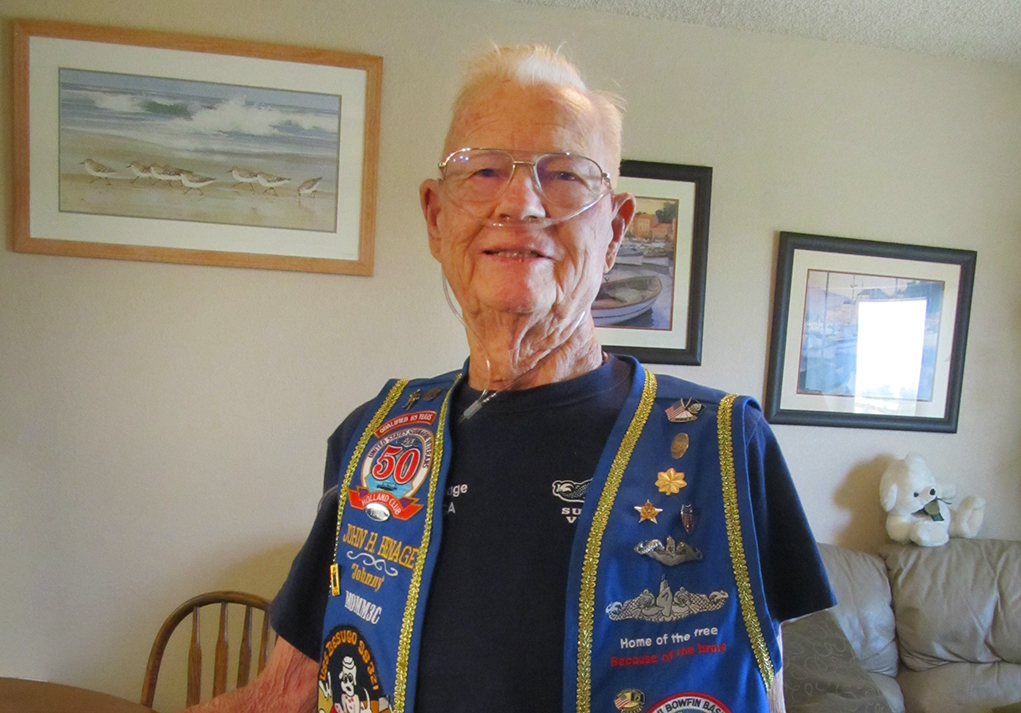 John Harold Henage was delivered by a midwife in 1927, as were his four brothers and four sisters. His family lived in a two-room house on a farm in Jerome, Idaho, with an outdoor toilet and no running water. The children attended a two-room schoolhouse.

He dropped out of high school at 15, but went on to a stellar career in the military and with Ford Motor Co.

He is the first to admit he was no angel. After all, he stole a car at 4 years of age, blew up an outdoor toilet at 6, and at 7, used firecrackers to blow the shingles off a neighbor’s house.

John and his brothers were always up to mischief. He likes to boast that he stole his father’s car when he was 4 years old. His older brothers, by just one to four years, put him into the family car, a 1926 Chevrolet touring car, and pushed him into town.

The family moved to Sunnyside, Idaho, after John caused them to be evicted from their home in Jerome. John had thrown a cherry bomb into an outhouse — while their landlord was sitting in it.

But John always had ambition. When he was 9 years old, he and his brothers worked in nearby fields picking beans and potatoes. When he was 12 years old, he and his 13-year-old brother started a bicycle business. Incredibly, they convinced a man to rent a building to them in Hawthorne, Nev., where his family lived at that time. They even obtained a business license. John and his brother Tom scavenged old bicycle parts — a frame here, a wheel there — and rebuilt them into like-new bicycles. They found plenty of buyers at $30 or $40 each — a grand sum in those days.

But the business was short-lived. One day the sheriff came to visit them with a list of stolen bicycles. He identified three or four of their bicycles as having some parts from the stolen bicycles — the parts that the brothers had found here and there. Even though they had found or bought a wheel or a handlebar, they were forced to return all the refurbished bicycles to the owners. That was the end of that business endeavor.

At 13, John worked at a gas station, and at 15, he dropped out of high school. “I had poor grades,” John said. “Even though I was tested and told I had an IQ of 144. I just never did like school. I wanted to work and earn money.”

After leaving school, he went to work at the Naval Ammunition Depot in Hawthorne, Nev., the largest in the world. He was 16 at the time, but told them he was 18. After he started working there, the personnel office wanted to see his draft card to prove his age. If he didn’t produce the card by the next day, he would lose the job. John didn’t want to lose the job, so he went to the Marine Corps recruiter to sign up for the draft — but ended up enlisting.

John showed the paperwork to the personnel office, then left for his physical. But on the way, he and a friend met a couple of girls and he never got the physical.

“When I went back to the recruiter and admitted I hadn’t gotten the physical, he yelled at me to get out — the Marines didn’t want someone like me,” John laughed. “But the Navy recruiter overheard him and said, ‘I’ll take him!’” 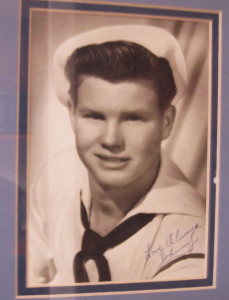 John likes to say he was in the Navy and the Army — and the Marine Corps for a few minutes.

The Navy recruiter also signed John’s father’s name, and he left for his physical — with a guard, to make sure he got there.

After basic training in San Diego, John volunteered for the submarine service and was sent to New London, Conn., and later to Ohio for diesel mechanics school. He was assigned to the USS Atule SS403, and later transferred to COMSUBPAC (Commander, Submarine Force, U.S. Pacific Fleet) via Mare Island, Calif., then to Key West, Fla. 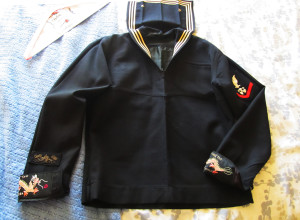 World War II was raging in 1944, and John was transferred to Hawaii and reassigned to the USS Besugo SS321. He was stationed at Subic Bay, Philippines, in 1945 when WWII ended.

John left the Navy in 1948, and in 1949 he met and married his wife, Cathy. They had a son, John, who went on to make a career in the Army. He was divorced in 1950 and went to Tacoma, Wash., to visit one of his brothers. While there, he got a job at the Mount Rainier Ordnance Depot in Fort Lewis and eventually joined the Army National Guard, HG125 AAA Brigade, where he became the general’s driver.

While at Fort Lewis, John was offered a Direct Commission in the Sixth US Army as a 2nd Lieutenant. But since he had never completed high school, he was told to get a GED right away. He was on active duty in the Army for two years, and during that time he met and married his second wife, Linda. They then moved back to his old hometown of Jerome, Idaho. He and Linda were married until her death in 2011. They had one daughter, who lives in Lake Havasu City.

John just couldn’t stay out of the military. He went back into Army active duty in 1960 and was transferred to Fort Knox, Ky. He went to officer school and emerged a Captain. He taught infantry tactics, but left the Army in 1961 when the Ford Motor Co. offered him a job in Los Angeles as service manager for the Autolite Division. He and Linda stayed in Los Angeles until 1967.

Meanwhile, John had remained in the Army Reserves for 19 years and was promoted to Major with the 2nd Brigade, 91st Training Division in San Jose, Calif.

But John remained active for many years in many organizations: WWII Sub Vets, Reserve Officers Association, the Military Order of World Wars, and the Veterans Advisory Council of Orange County, Calif. He still remains in touch with those organizations, although he had to resign from the Veterans Advisory Council when he moved to Lake Havasu in September 2014. His daughter was living in Havasu and convinced him to move here. John says he is happy living here and enjoys attending military and veteran functions. He was out at the I-40 and Highway 95 last month to greet Run For The Wall riders when they stopped to refuel.

John proudly displays many awards from his military service, but is most proud of a Citation from the Military Order of the World Wars in recognition of his service in the Navy; a certificate in recognition of his service in the Army from Orange County, Calif.; and a plaque he received when his church named him Man of the Year. He still has all of his uniforms and has arranged to donate them to the Bowers Museum in Orange County, Calif.

John loved his years in the military, but said, “Of all the things I’ve done in my life, the hardest was writing efficiency reports on the 27 doctors under me (at Fort Irwin).”

“Other than that, I wouldn’t change anything in my life.”

Not the stolen car, the bomb in the outhouse, the firecrackers under the shingles?

“Nope, not a thing!” said the Navy man, Army man, and five-minute Marine.