Veterans, Children Given Gift Of Mobility 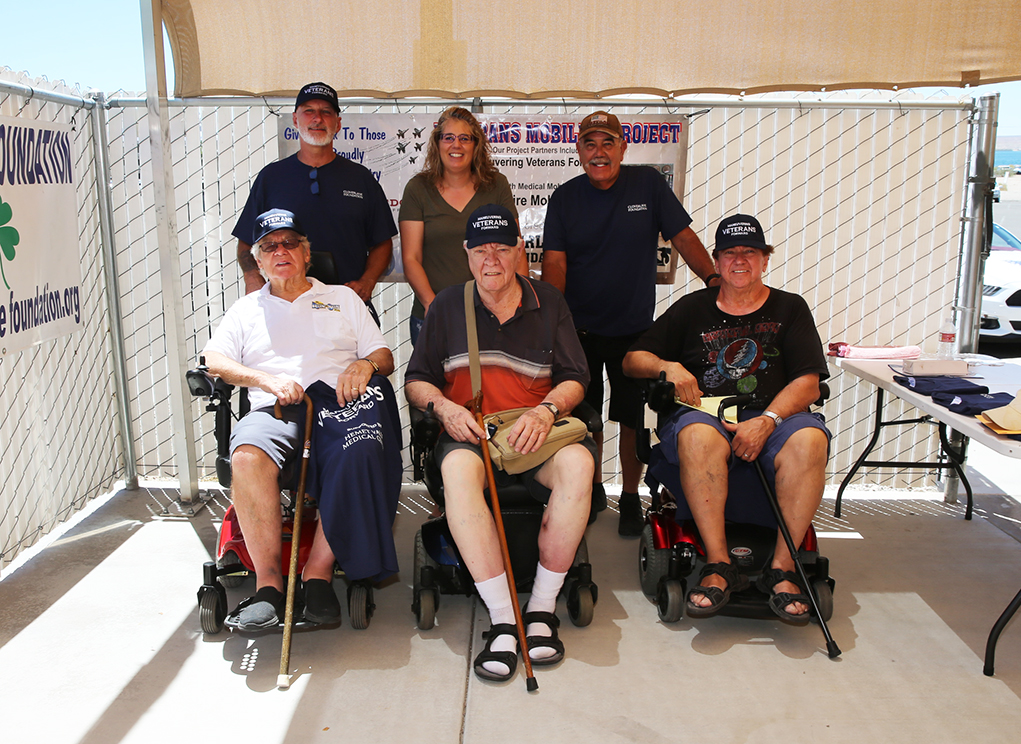 Saturday at American Legion Post 81 in Lake Havasu City, three veterans and two children were presented with power wheelchairs from the Veterans Mobility Project. The project is an offshoot of the Cloverlane Foundation and Maneuvering Veterans Froward.

Veterans and other recipients are nominated by the American Legion and Veterans of Foreign Wars for consideration. The three local vets presented with chairs Saturday were Gerald Loh, Alan Weibe and Vernie Keiser.

“We give power wheelchairs to disabled veterans. The VA slow plays them and guys with no legs can wait two to three years to get a chair, so we circumvent that. We give away wheelchairs – we give away PTSD dogs. We help veterans get their benefits,” Wofford said.

Wofford owns a mobility store in Hemet where chairs for veterans are rebuilt.

The children who received power wheelchairs are affiliated with Milemarkers Therapy and New Horizons in Lake Havasu City. 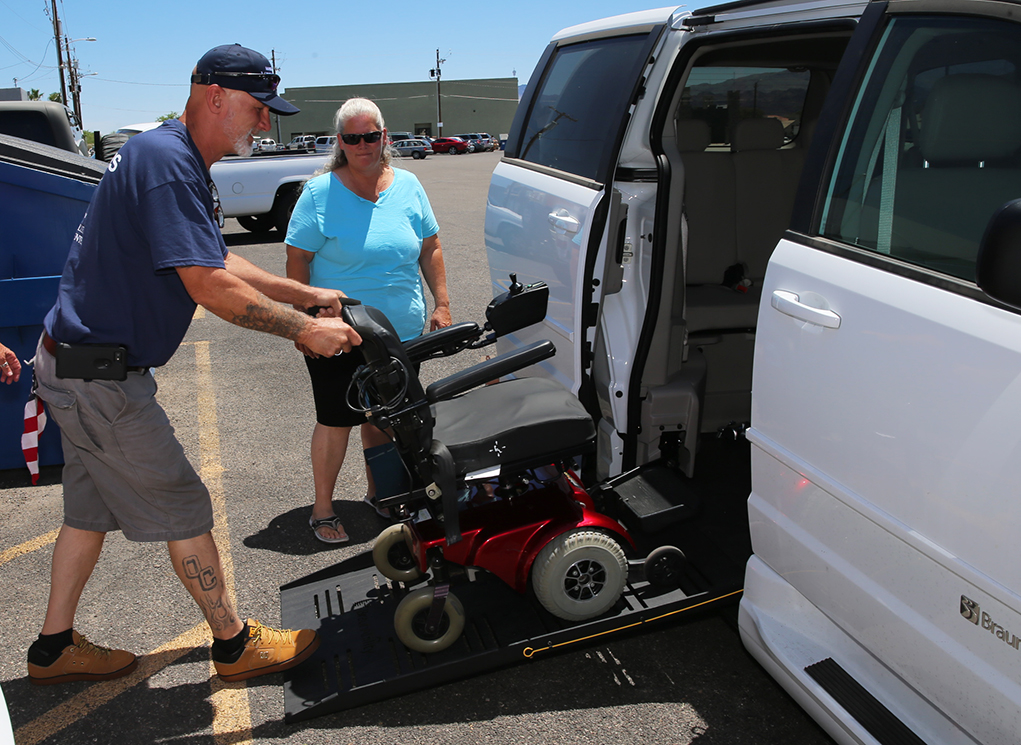 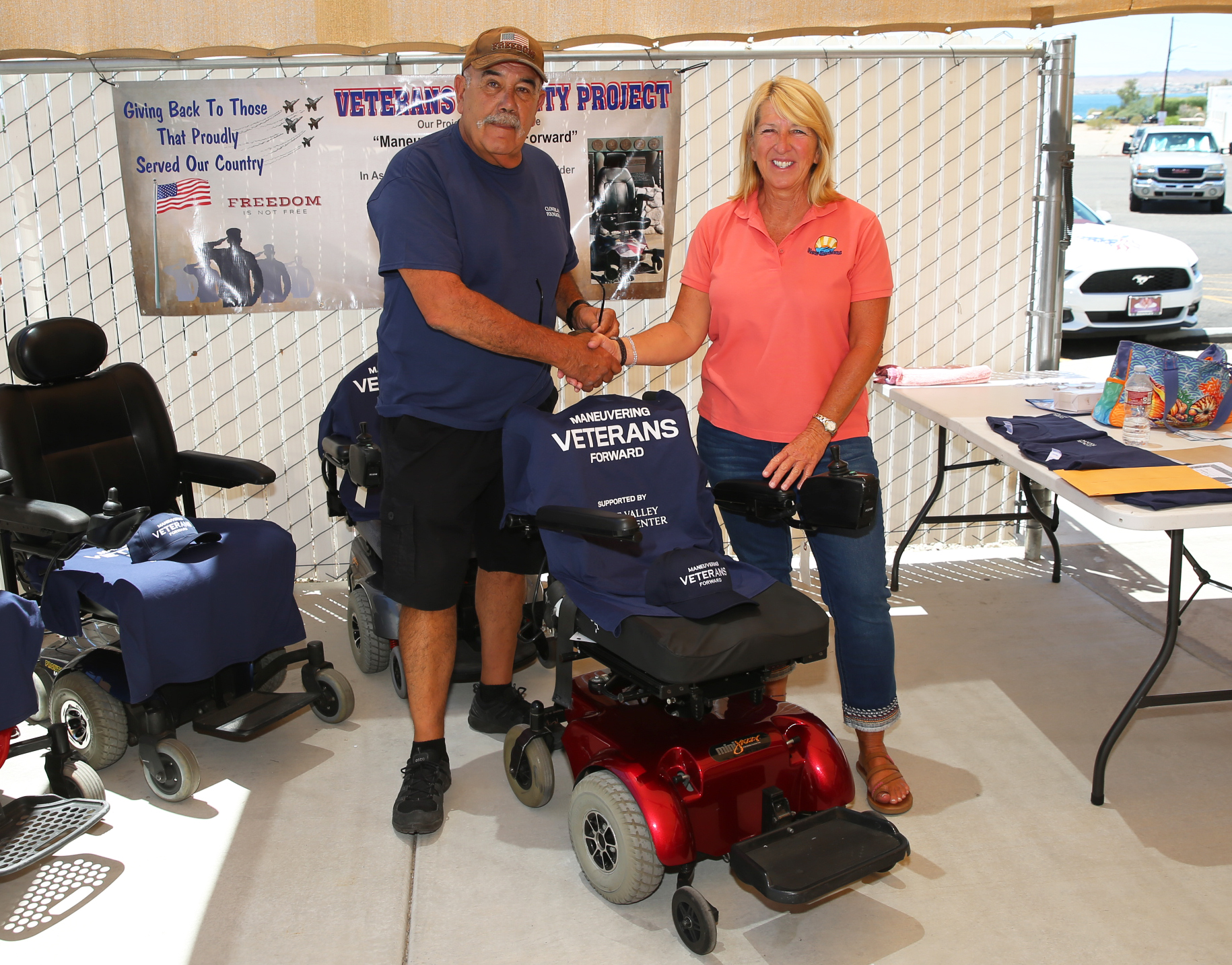