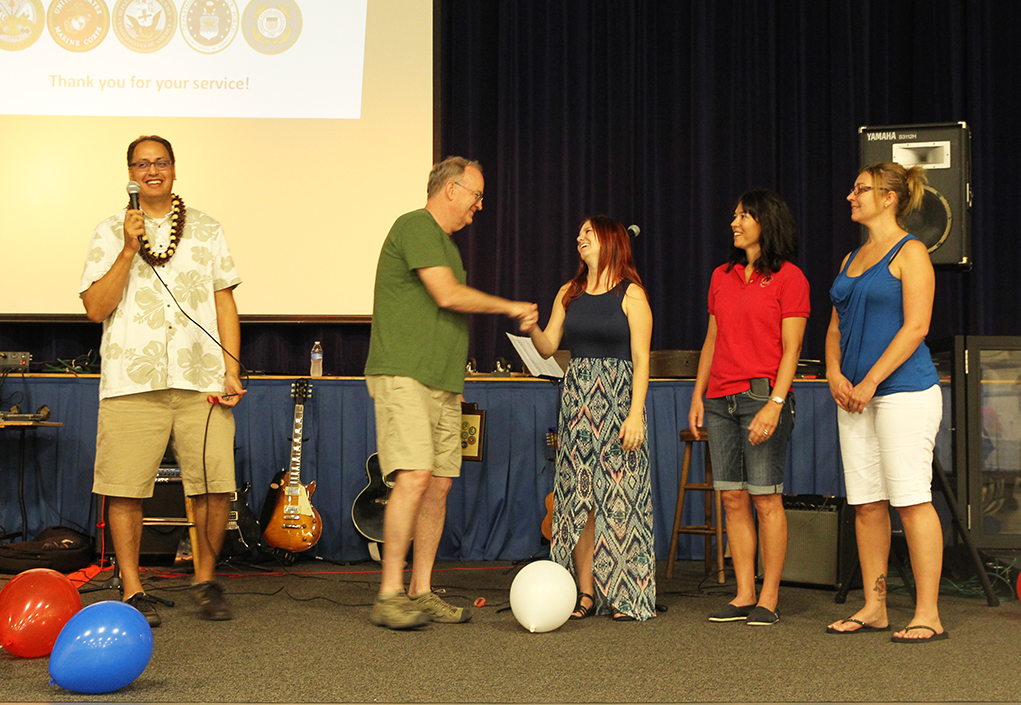 It is a rather unusual concept: Treat those going through the court system as family, and they are less likely to reappear in court.

That’s the belief of Judge Mitchell Kalauli, who oversees Havasu’s Veterans Treatment Court. Kalauli has been highly praised for his treatment of defendants appearing before him. Defendants appreciate the respect he shows them, and they respond in kind, he said. 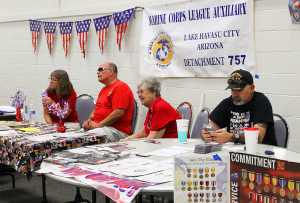 But he said he felt he could do more to help veterans succeed in the program, so he announced there would be a Family Day for all veterans in the court program, and their families. He called on the Veterans Resource Team, the advisory group of local veterans and other service organizations that work with him to locate resources for veterans. He asked them to pitch in to make a picnic happen.

And today at the Aquatic Center, the Family Day became reality. Brightly colored balloons bounced around on the floor for the kids to play with, as well as a bean bag toss and other games. Tables were set up by the various veterans’ organizations to hand out information on services provided for veterans. A 40-foot table of food was filled with hot dogs, hamburgers, beans, pulled pork, potato salad — a veritable all-American picnic. And there was Hawaiian rice, which Kalauli made himself, using 30 pounds of rice. 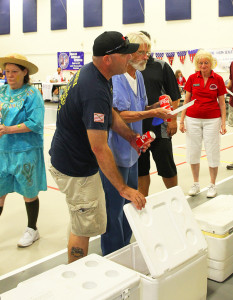 And at the end of the long table was dessert — a beautiful red, white and blue cake on which was written “LHC Veterans Treatment Court Family Day.” 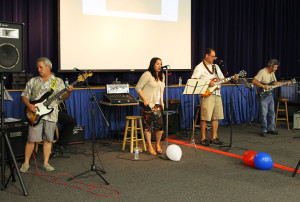 Adding to the fun atmosphere was musical entertainment — provided by none other than the judge himself. Accomplished on the ukulele, and with an impressive singing voice, Kalauli sang for hours — Hawaiian songs and old favorites — he never seemed to tire of singing. Joining him on the bass was Mike Eigenbrodt, President/CEO of Interagency Council of Havasu. Accompanying them was Doug Bonamici and Vince Iannone. Also singing was Teresa Noval, owner with husband Peter of Jerzy’s Grill. Even Kalauli’s children got into the act by performing Hawaiian dances. At one point during the picnic, Kalauli asked everyone to stand up, and he taught everyone how to do a Hawaiian dance. 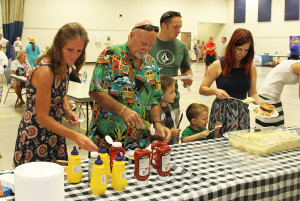 Kalauli’s belief in treating veterans as family seemed right on target, as the veterans in the treatment court appeared enjoy the picnic.

Kalauli plans to have regular Family Days, and add other events for veterans and their families.