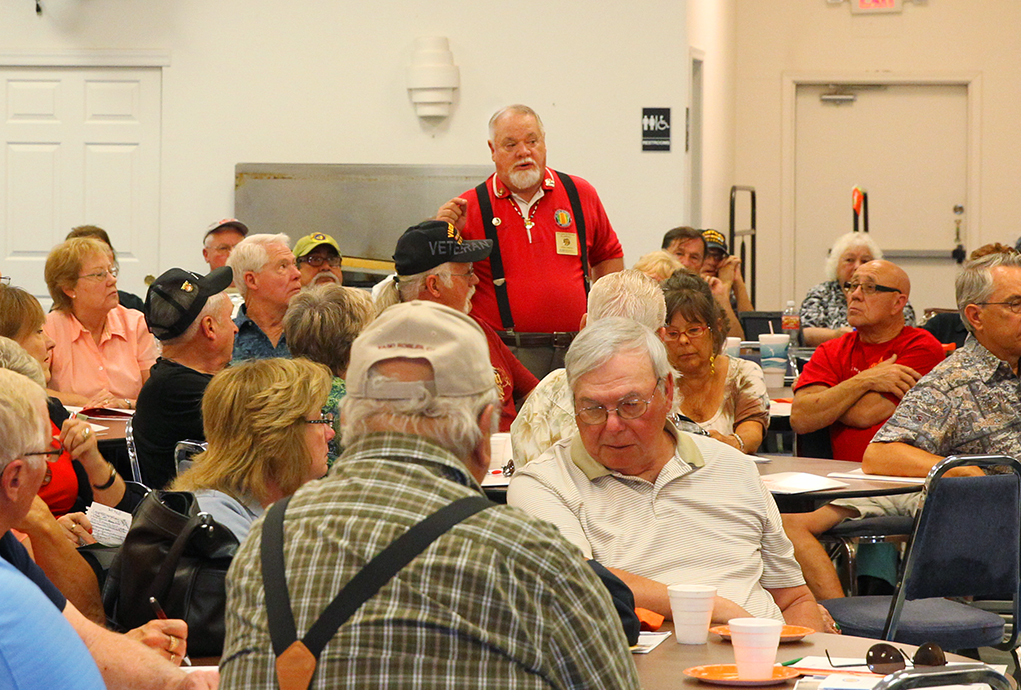 “I was in the best shape of my life, before I got diagnosed with cancer,” said Larry Mitchell, a guest speaker and one of about 100 veterans gathered at the Knights of Columbus building in Lake Havasu City for a town hall meeting this week as part of the Agent Orange Education Campaign. Its goal is to educate veterans living with the effects of the herbicide known as Agent Orange. 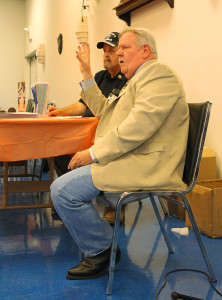 Mitchell is a member of Vietnam Veterans of America Chapter 432 of Phoenix. He was one of the first veterans to fight for Agent Orange benefits, and one of the first to receive benefits. He has had numerous different cancers and lost a leg the disease. Mitchell is also a vocal advocate of Vietnam veterans, helping them get VA benefits for the diseases they have as a result of exposure to Agent Orange when they served in Vietnam.

“There are people out there coming up with all kinds of cancers which are unexplained,” said Casey Farrell, President of the Associates of Vietnam Veterans of America, Chapter 975 of Mohave County, the group that hosted the meeting.

“These types of cancers aren’t even found in their family history.”

During the Vietnam War between 1962 and 1971, herbicides were used by the U.S. Military in Vietnam and other South Asian countries to protect U.S. soldiers by clearing the dense jungle vegetation where the enemy could hide. One of those herbicides was called “Agent Orange,” so-named for the orange stripe on the containers. The herbicide was sprayed by aircraft, backpack sprayers, and trucks. Since then, many who served during the Vietnam War and were exposed to the herbicide have experienced a variety of health issues which includes cancers, birth defects in their children, sore joints, liver damage and more.

Many veterans, like Delancy Fassler, who served in the Vietnam War from 1966 through 1967, expressed his frustration during the meeting. 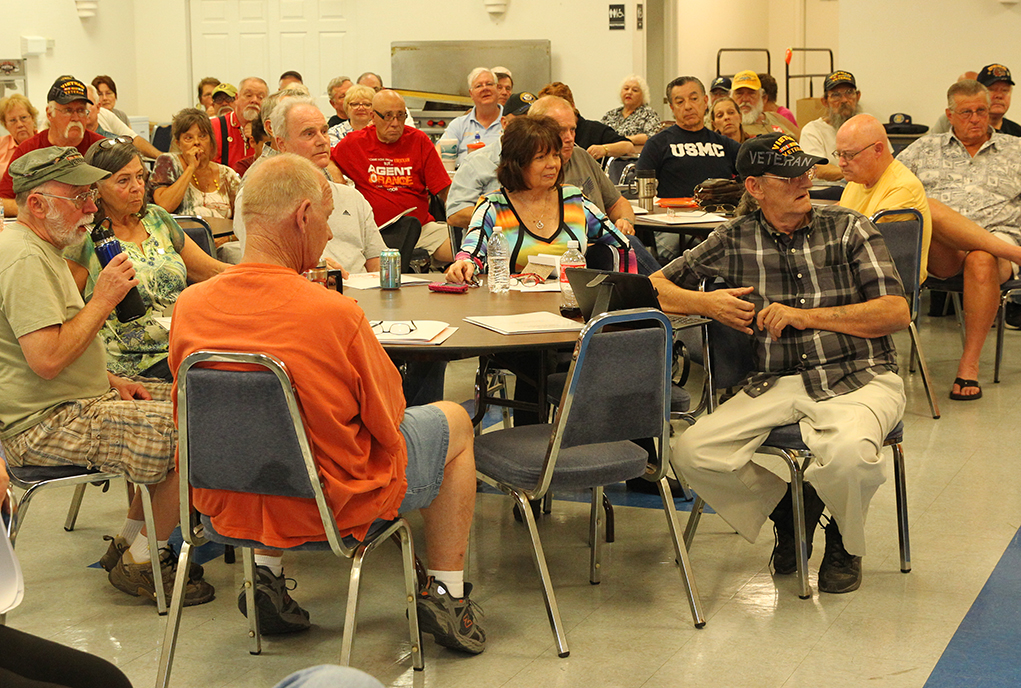 “The problem is with Washington.” said Fassler. “They know the effects of Agent Orange and what it’s had on our soldiers and that it is a big problem, but they keep running around in circles about it.”

Fassler is one of many veterans who have tried for years to file a claim with the Department of Veterans Affairs regarding benefits and treatment. He filed in 1990 and was denied until three years later, but was only awarded 40 percent disability.

“I got up to 40 percent of my benefits, but it took me almost 20 years later to finally get up to 80 percent of the money that needed to be allocated to me,” said Fassler.

In 1978, the Department of Veterans Affairs began to record the names of veterans who may have been exposed to the herbicide and examine them. Their names were placed in an Orange Agent registry.

Although being enrolled in the registry didn’t ensure or guarantee that a veteran would be entitled to a compensation claim, an exam was included in the program. It could help support evidence that a veteran was exposed to Agent Orange.

“Although I wasn’t in combat while serving in Vietnam, I was still exposed, and although I came home without a scratch, I had cancer,” said Mitchell. 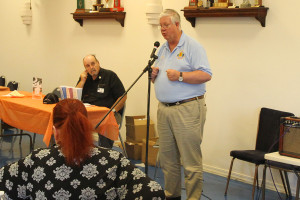 Another guest speaker, Chuck Byers, a Veterans Service Officer for Vietnam Veterans of America, talked about the claims process and problems veterans encounter with the VA when they file claims for disability. “Do not give up,” Byers emphasized. “Even if you’re denied, don’t give up. File an appeal, get your doctor to write a letter. Don’t ever give up.”

Today the Department of Veterans Affairs has determined that certain illnesses have been associated with military service, but compensation claims can take anywhere from two to six years, and even longer. More illnesses are added to the list from time to time. 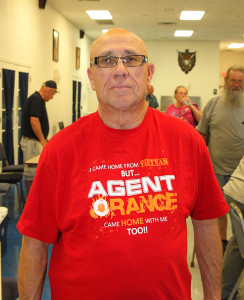 Ralph McKie poses for a photo with an Agent Orange shirt that he wore to the seminar Thursday afternoon. Jillian Danielson/RiverScene

“It is good to get the word out about these claims and the word out on Agent Orange. “We just want people to keep fighting.”

“It is important to write to your congressman,” said Casey Farrell. “We need more vets to fight. It is power in the numbers.”

For more information on lists of illnesses recognized by the Department of Veterans Affairs because of exposure to Agent Orange, visit www.veteranshealth.org. To file a claim, visit www.vva.org.