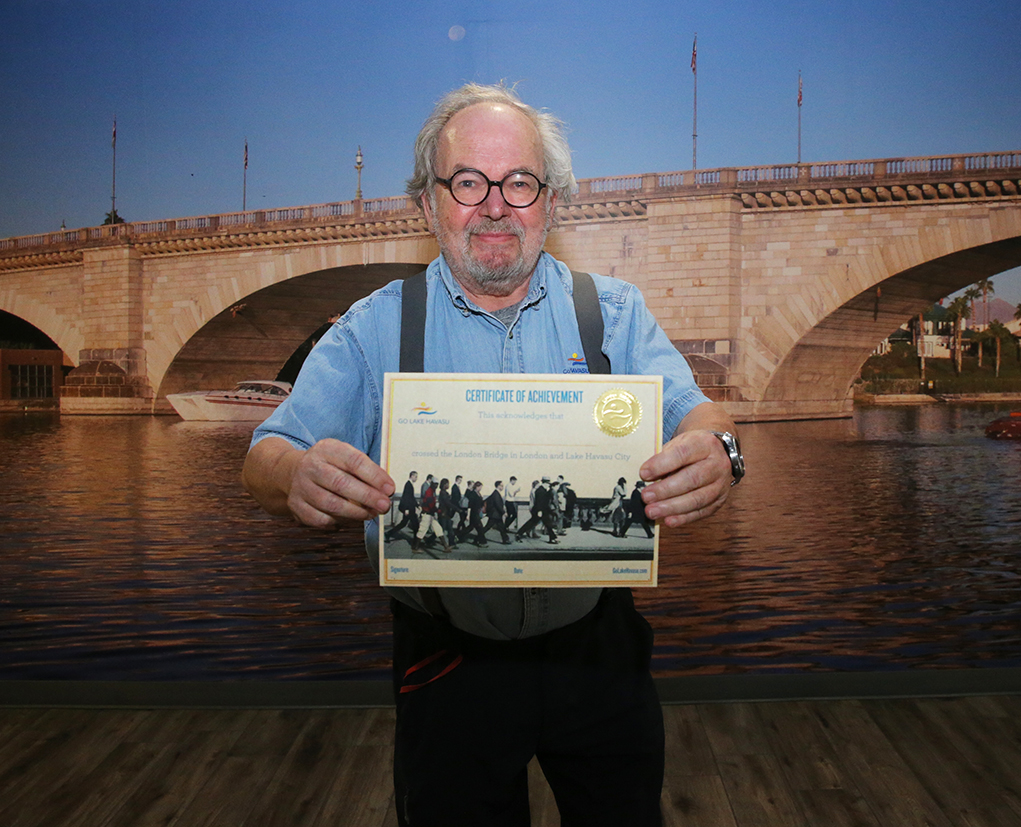 A little recognition goes a long way, those at Lake Havasu City Visitor’s Center have discovered. A newly unveiled program to recognize and award individuals who have crossed the London Bridge in London and in Lake Havasu has been delighting patrons for about six months. The award comes in  a certificate earned and signed for those who qualify to take with them as a memento of their visit to Lake Havasu City.

Little Stories About Walking The Bridge

“Very often people come in here and say, ‘Oh! I walked the bridge in London.'” The director of the Visitor’s Center, Jan Kassies, said. Visitors will share their little stories about walking the bridge before it famously moved to Lake Havasu, purchased by Robert P. McCulloch, Sr., in 1968, and Kassies thought how an award of sorts would be a neat way to acknowledge such an interesting tidbit about these people’s lives. 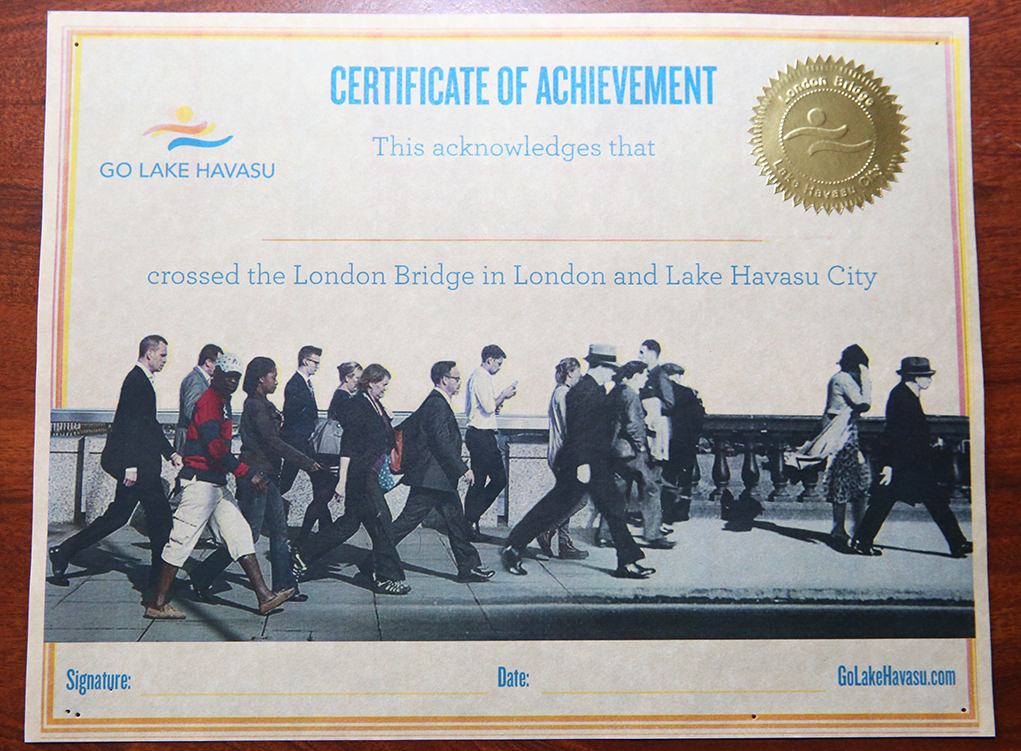 A certificate that visitors receive that have traveled over the London Bridge. Jillian Danielson/RiverScene

“Some people have walked across the same bridge,” Kassies shares, “Others just over the new London Bridge, but I’m flexible.” After receiving the signed certificate, they will take a photo by the bridge to commemorate the experience. Unfortunately, this past year saw fewer visitors because of COVID-19, only around 60,000 instead of the usual 100,000, but the program is ready and waiting for things to pick up again.

“There are not many people from Europe this year,” Kassies said. “So what we get is some Americans and even Canadians who have done that.” He said that 25 people have claimed certificates thus far, but there are hopes for many, many more in the future. “It’s all free, it’s just a fun thing.” 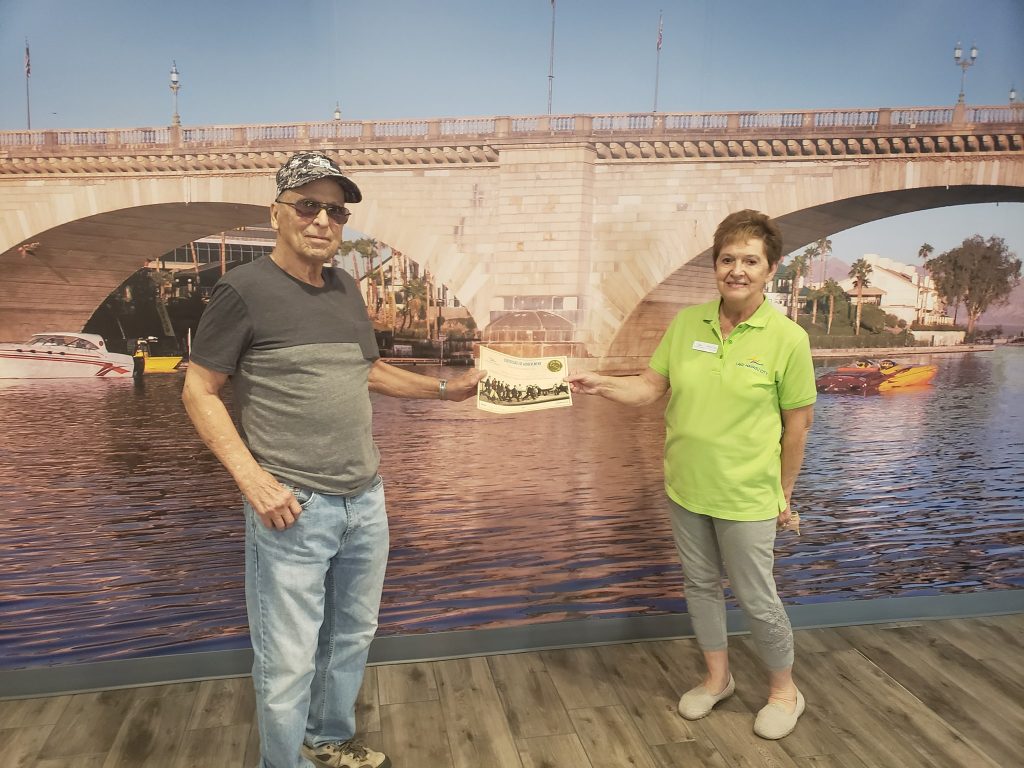 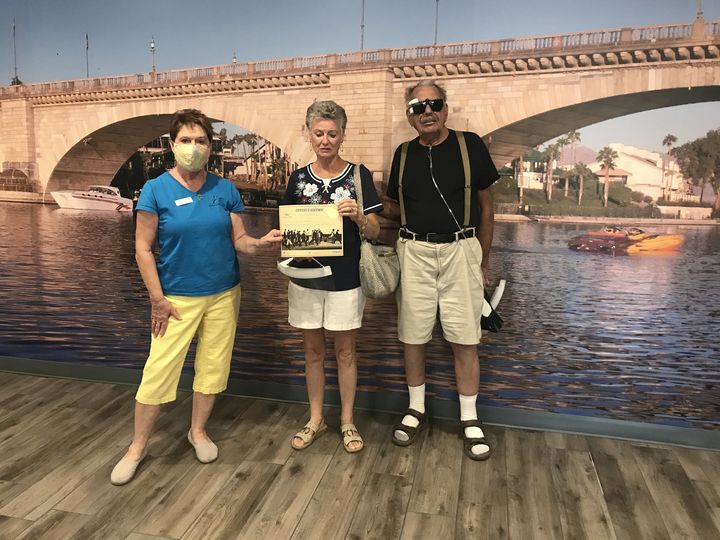