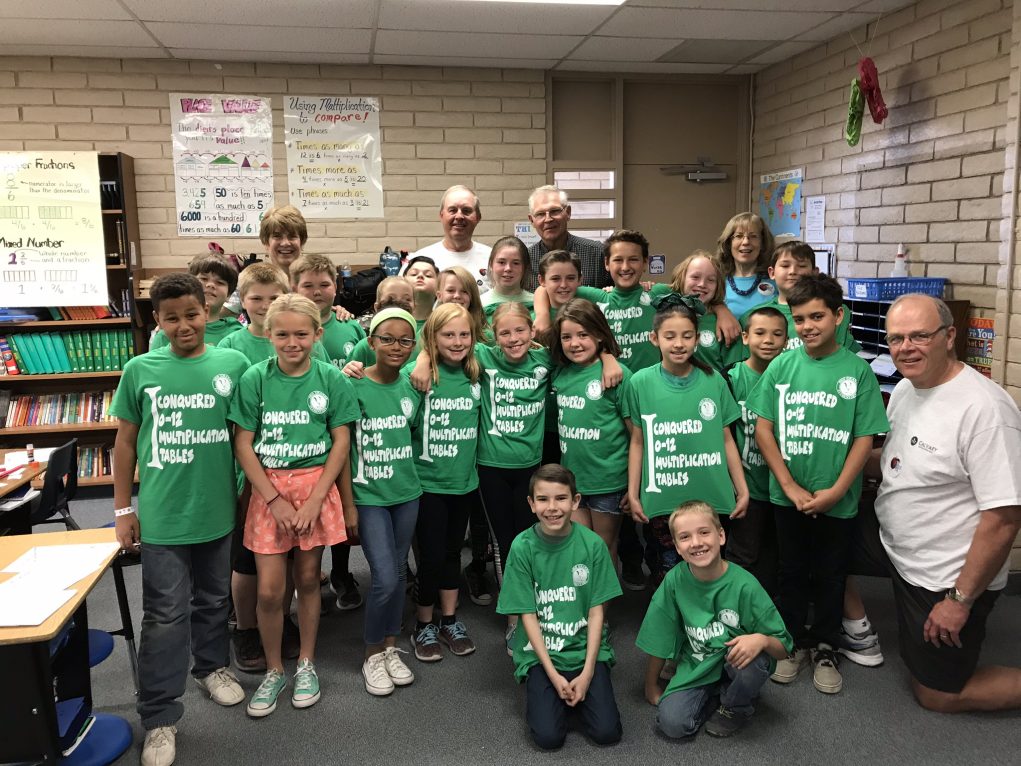 At Oro Grande Elementary School, a group of volunteers is assisting fourth graders with their math skills. And according to fourth-grade math teacher Gretchen Dionne, the addition of the program is also multiplying students’ success.

“The program has reached every one of our students,” Dionne said. “Once the students are able to memorize their facts quickly, they are able to work through more difficult, multi-step problems with ease.”

According to Dionne, she began working with the volunteer group last school year. At that time, they just served as general “math helpers.” But this year the group came back with a new focus: teaching multiplication facts. 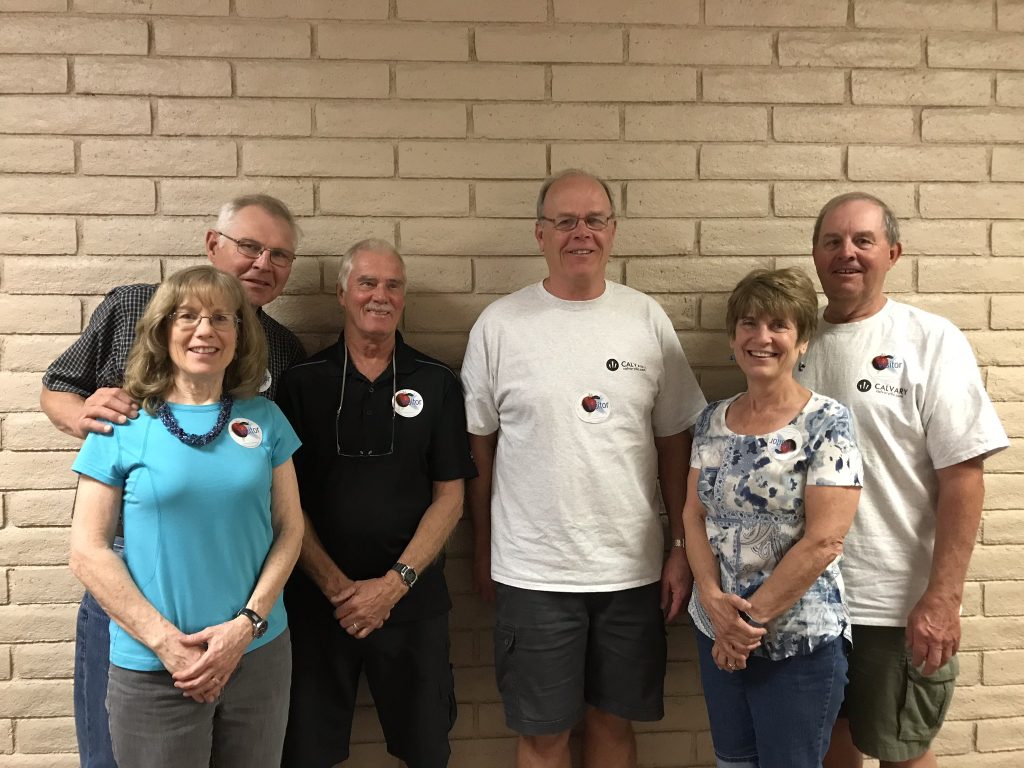 The volunteers are all members of the “Snowbird Life Group” at Calvary Baptist Church in Lake Havasu City. Members include Bob and Meri Anderson, from Colorado; Michael and Kathy Chappell, from British Columbia, Canada; Paul and Marilyn White, from Minnesota; and Jeff and Kathy Gilbert, from Minnesota.

The group said they decided to get involved at the school as part of their life group, to try to plug into the community and find a way to serve. As a group, they opted to serve grade school students.

“It’s been very satisfying for us,” Jeff said. “We get as much out of it as the kids do.”

“Math … impacts their whole lives,” Meri said. “If they’re missing a structural piece, everything caves in. We want to encourage them by giving them that piece. They go for it, and it builds their confidence.”

“The students love the individual attention they receive from the volunteers,” Dionne said. “There is also more motivation to learn and retain their facts. They love the T-shirts, too.”

The group said that the goal is to continue to expand the program; reaching other grades, other schools and ultimately affecting more students.

“Math is such a compounding thing,” Michael said. “If you miss a piece somewhere, you’re going to struggle with it the rest of your life.”

“This is not just multiplication,” Paul said. “Math is learning to solve problems; it’s training your brain to think logically.” 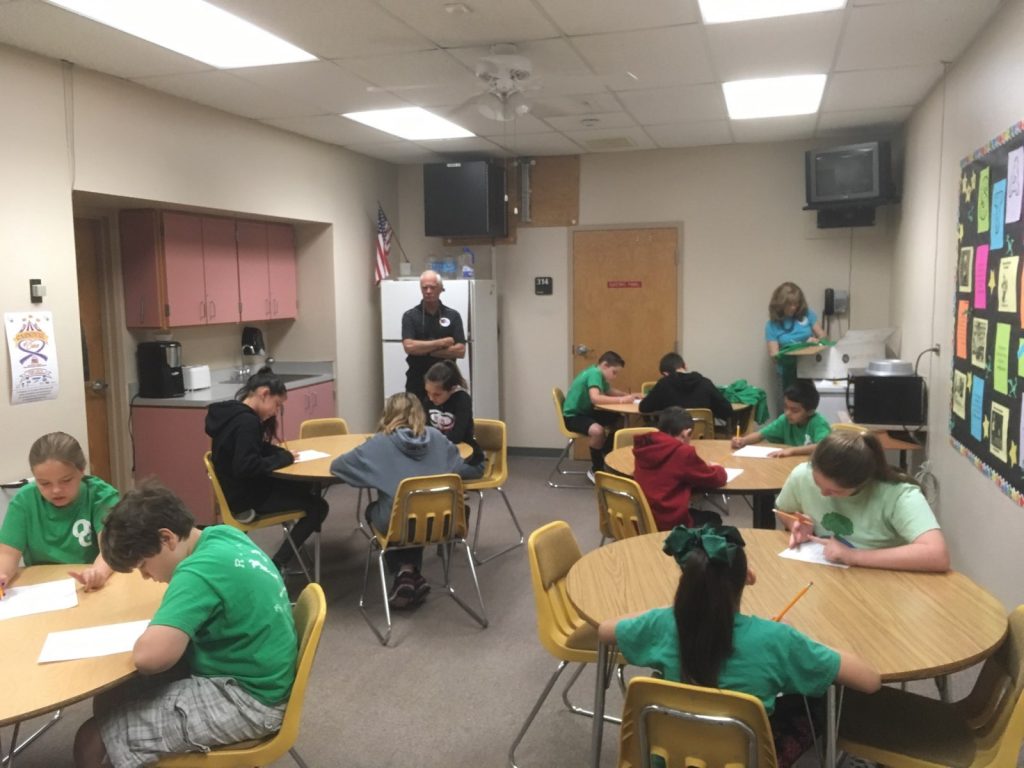 Dionne and the volunteers agree that the math is important, but that the benefits of the program extend well beyond memorizing the facts.

“There are so many benefits,” Dionne said. “Learning and retaining facts has become a long-standing goal in grades third through sixth. Students cannot use a multiplication chart during standardize tests, and they need to quickly know their facts to solve harder problems. … In addition to supplementing our math facts in school, the individual attention and consistency of the volunteers transcends beyond the school.”

“Making that connection with the kids is the main thing,” Kathy Gilbert said. “It’s all about the connections.”

“The best moment for me is when you see it in their eyes that they got it,” Paul said.

“The kids come in sometimes with other stuff going on, stuff we don’t know and don’t need to know,” Jeff said. “It’s great to be there for them, to help and connect. … Having quality time with an adult can be valuable by itself. We’re showing them they matter, that they can do it.”