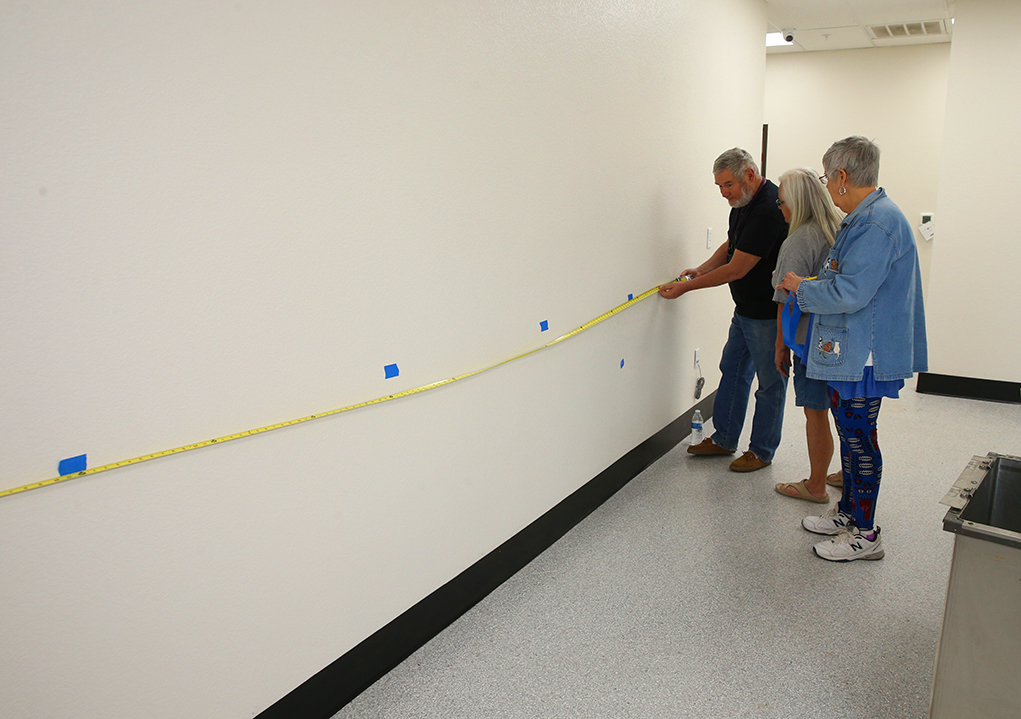 The Western Arizona Humane Society has been diligently working on its new Maricopa Avenue location in Lake Havasu City for the past five years. Currently, the facility is on track for its grand opening by invitation only on June 3.

The new location will combine all three of the current locations into a centralized space. This transition will centralize all WAHS. Services including veterinary services, stray intake and adoption center. 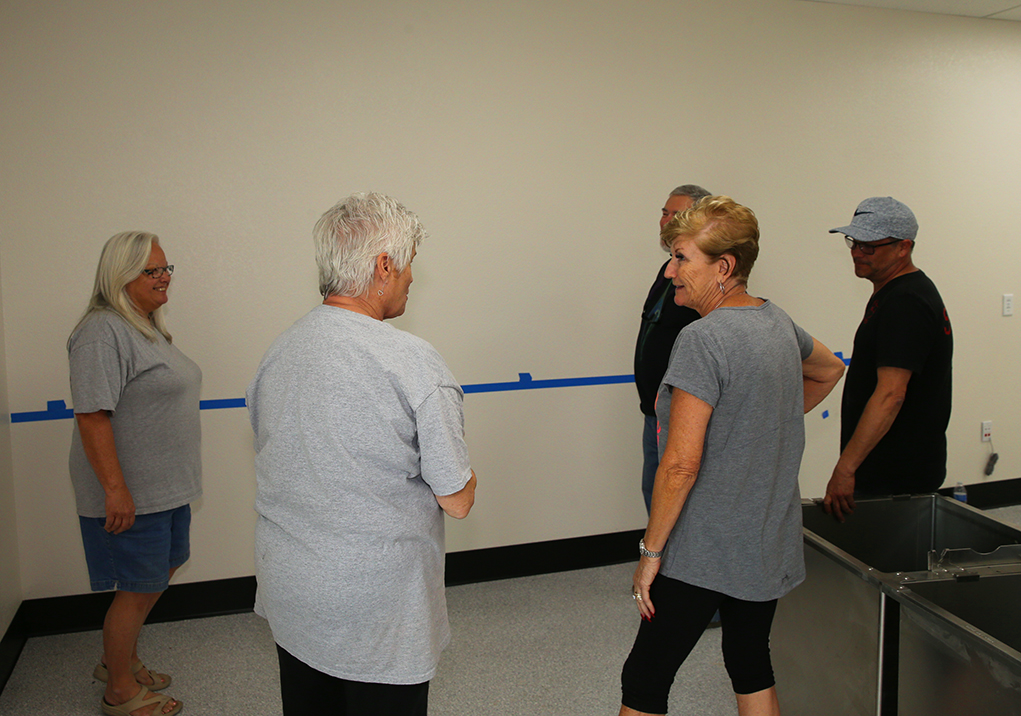 Patty Gilmore speaks with members of the Havasu Art Guild as they prepare the wall for the mural. Jillian Danielson/RiverScene

The new center is located in the former Bureau of Land Management office space off of Sweetwater Avenue.

“As of [last week], me and my crew loaded up our trucks and started unloading the medical from Aviation. We are not doing any surgeries for two weeks. We will reopen the clinic at the beginning of April at our new Sweetwater location,” said Executive Director of WAHS, Patty Gillmore.

Once the medical area is ready for clinical visits, the veterinary technician staff will assist with setting up the surgical and post-operation rooms. 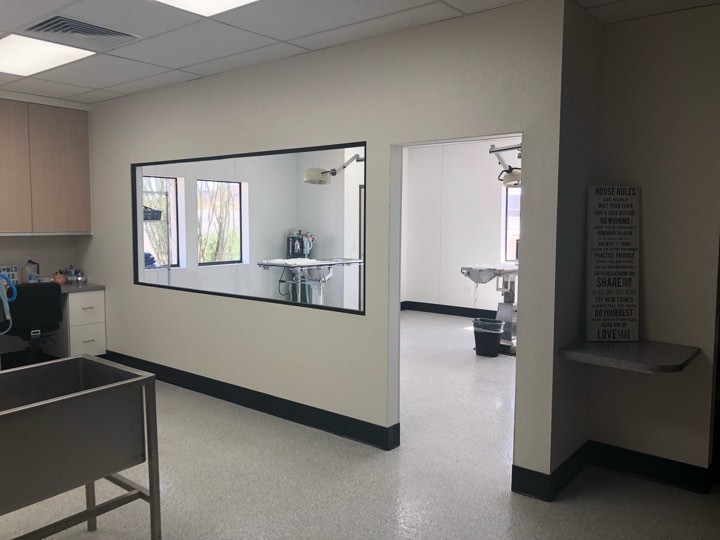 The medical center of the new WAHS building. Jillian Danielson/RiverScene

Currently, the intake area is open for spays and neuters only. To make an appointment, continue to contact the pre-existing clinic at the Empire location or at the new location Monday through Wednesday.

Other services that will be offered at the new centralized location will be surgical, dental and X-rays. The transition to full medical intake will occur by the end of April.

Along with state-of-the-art housing and equipment for the animals, the intake lobbies will be aesthetically pleasing for the owners as well. 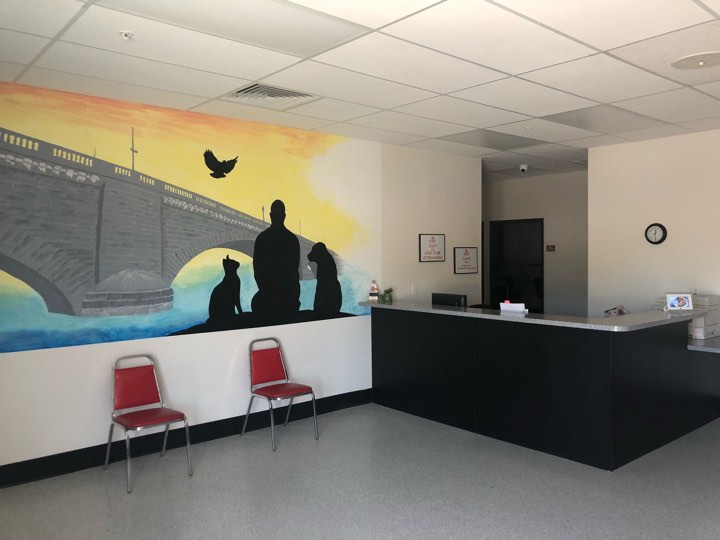 A mural painted by the Havasu Art Guild is finished on the wall in the new intake center at the WAHS building on Sweetwater Sunday afternoon. Jillian Danielson/RiverScene

Members of the Havasu Art Guild have been commissioned to create a symbolic mural in the medical intake lobby. Along the adoption hallways, feline center and other hallways murals by local artist, Pam Reinke, will be featured.

“So these amazing artists that have supported our organization for years and love our animals, I thought it was really important for them to become involved in this amazing endeavor. We have been working on this for years and right now it looks like a hospital, we need them to add the color.” 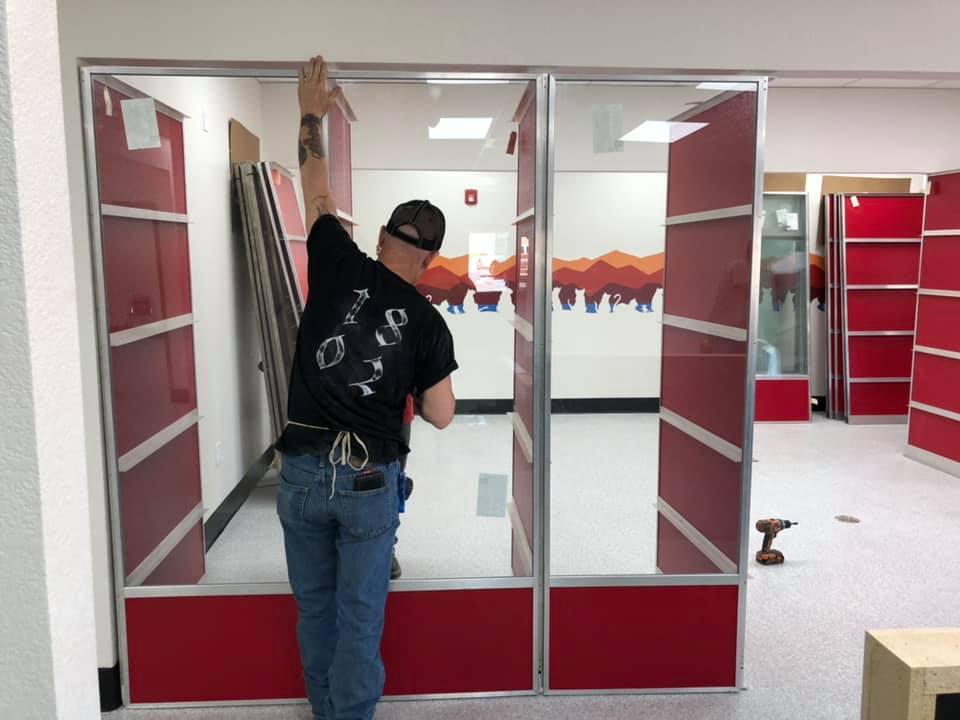 New cat housing is being installed this week at the WAHS location on Sweetwater. photo courtesy WAHS

“We are moving everything in phases. The very last thing we move in will be the animals. I don’t want to move them in too early and stress out the animals. Moving them in will overall be the easiest part. Every kennel will be labeled so when they get here they can go right into their new home.”

Along with the direct animal areas, new executive offices and a conference room will be installed for the necessary behind-the-scenes operations.

“Kathy Hodel had this vision 14 years ago. For many years the dream went dormant. I came on five years ago and we started to get the fundraising going. Two years ago, we started construction. So many people don’t understand how much has gone on in the inside.”

Overall, those involved in the project have removed 18,00 square feet of concrete, installed 94 drains, new flooring, walls. The biggest time constraint has been the meticulous measures to ensure each detail is up to code. Strict regulations are key to make the animal hospital, safe, sanitary and secure for both the animals and personnel.

The grand opening for the entire WAHS center has scheduled a soft opening for May 13. For more information on the new space and overall operations of WAHS, visit: https://westernarizonahumane.org/