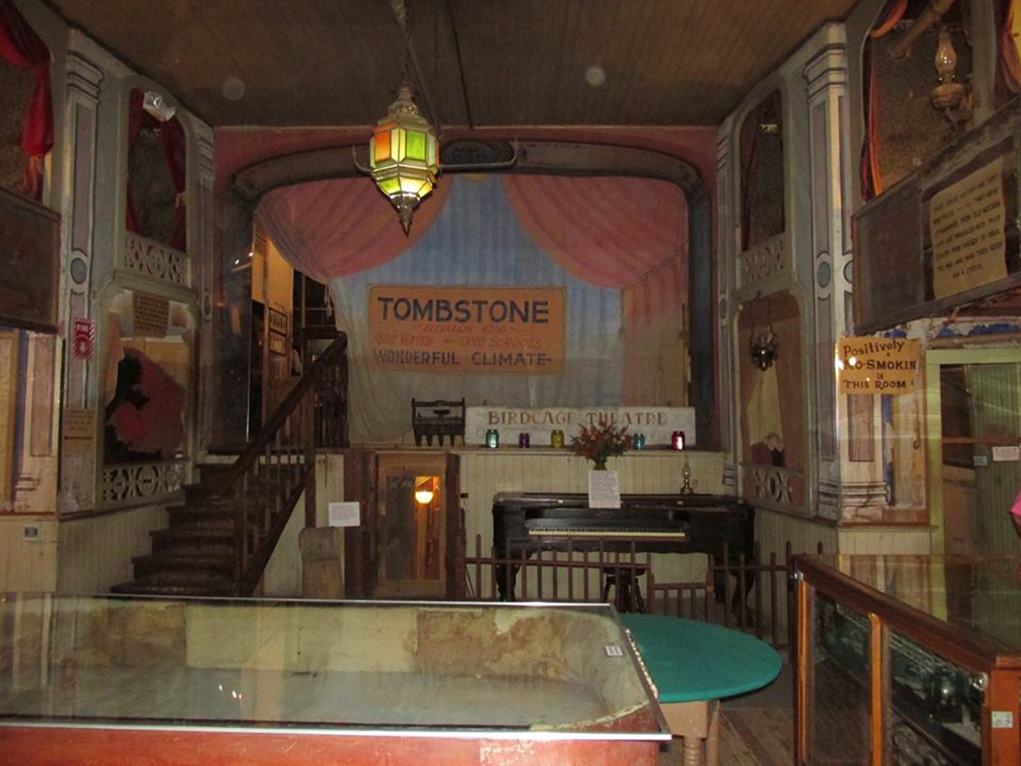 A weekend adventure to Arizona’s notorious town of Tombstone draws most any traveler’s interest into a wily whirlwind of yesteryear when it comes to the Old West.

Tombstone’s 70-mile distance traveling south from Tucson on Interstate 10 to Benson, then following Arizona’s Highway 80 the rest of the way, is clocked at a duration of 1 hour 12 minutes, according to Google Maps.

With an estimated population of 1,300 citizens, the town itself seems to meander back through time into Arizona’s late 1800s with many walking the streets in that era’s full regalia. Spurred boots, cowboy hats, bandanas and gun belts for many of the men, and corsets, purses, elaborate dresses and parasols for many of the women.

At the edge of town is Boothill Giftshop and Graveyard. The site was the official city cemetery from 1878-1884. There’s 100 actual gravesites that include cowboys, housewives, business men and women, miners, gamblers and prostitutes. And that includes members of the Clanton and McLaury families who didn’t survive the original gunfight at the OK Corral, according to www.tombstoneboothillgiftshop.com. Admission $3, 15 and younger admitted for free. 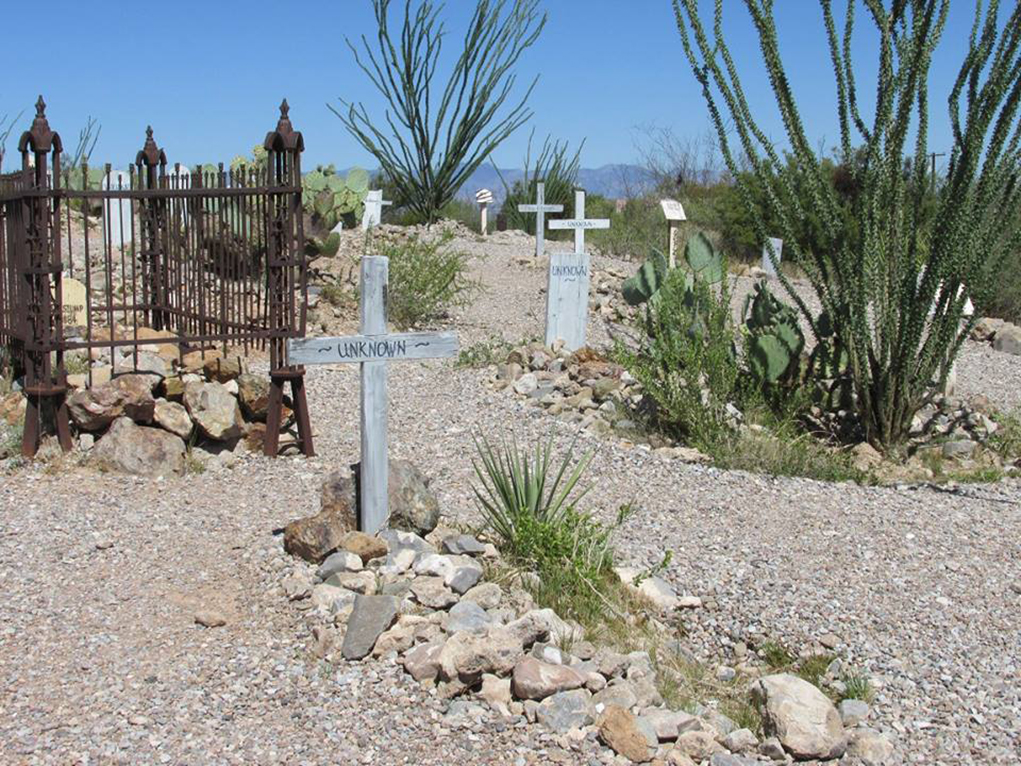 At the far end of historic Allen Street, is the Birdcage Theater Museum. Its tales of night life from 1881-1889 are told in the 140-some bullet holes that remain. Legend holds 26 deaths in its hands when it comes to the height of the theater’s popularity, according to www.tombstonebirdcage.com.

Gambling, whiskey, music, dancing and prostitutes entranced the miners, men and settlers of Arizona’s late 1800s in this very place. The theater is reported to be haunted. It was featured on paranormal investigation shows including “Ghost Hunters” in 2006, “Ghost Adventures” in 2009 and 2014, “Ghost Lab” in 2009, and “Fact or Faked: Paranormal Files” in 2010, according to the website. Admission $10/self-guided tour. Nightly ghost tour $20.

One block south of Allen Street is The Rose Tree Museum, 118 S. 4th Street. As the story goes, the rose and its root were sent from Scotland to Tombstone in 1885. A clipping was planted to climb over a woodshed amid the back patio of a boarding house.

A family well-rooted in Tombstone, the Macias, purchased the hotel in 1920 and tore down the woodshed. A trellis system was devised to support the rose tree. In 1937, Robert Ripley deemed the tree worthy of his “Believe it or Not” syndicated column. At that time, it was a quarter of its present size. It currently covers about 5,000 square feet in the backyard of the museum.

The rose tree is listed in the Guinness Book of World Records, its status never has been challenged, according to www.tombstonerosetree.com. Admission $5. 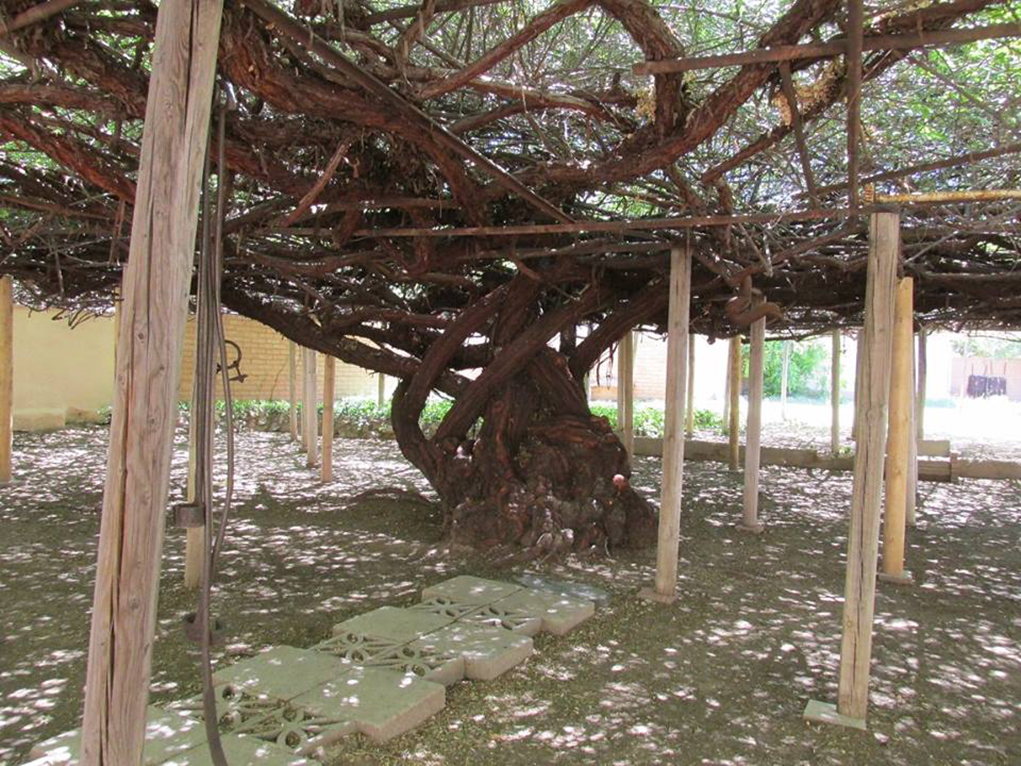 Arizona’s town of Bisbee is 26 miles south of Tombstone on Highway 80. The community is rich with Arizona interest including Copper Queen Library, which is the state’s first public library; underground mine tours, ghost tours, jeep tours, museums, art sculptures, dining and nightlife. www.bisbeeaz.gov.

Be sure to stop for a gander at the Lavender Pit, a large, former open-pit copper mine on the edge of Bisbee.

While in the area, a stop at the oldest intact European structure in Arizona is a must. San Xavier del Bac is located nine miles south of Tucson, just off Interstate 19 – it is America’s only metric Interstate. Take exit 92, San Xavier Road.

This national historic landmark was founded as a Catholic mission by Father Eusebio Kino in 1692. The current church’s construction began in 1783 and was completed after 14 years of toil. Its presence is vast among the many ups and downs of territory woes, construction funding, Mexico’s independence in 1821, earthquakes, lightning strikes and ongoing conservation efforts, according to www.sanxaviermission.org. Admission free.

Visit the mission’s website for mass schedules. They change seasonally. 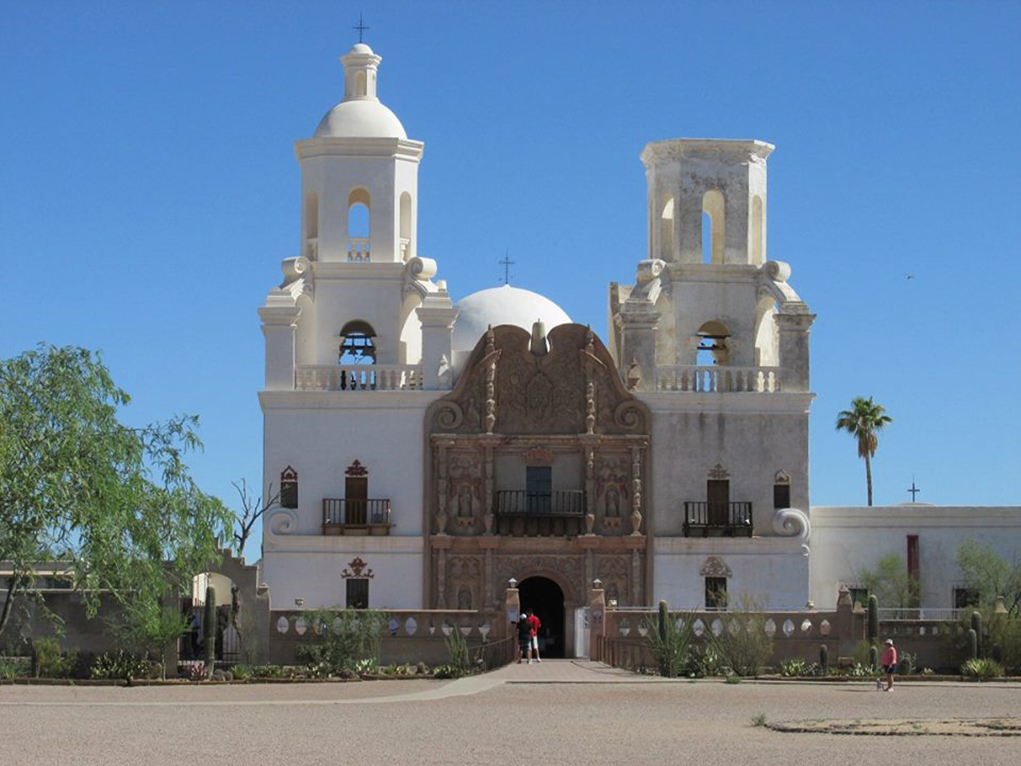