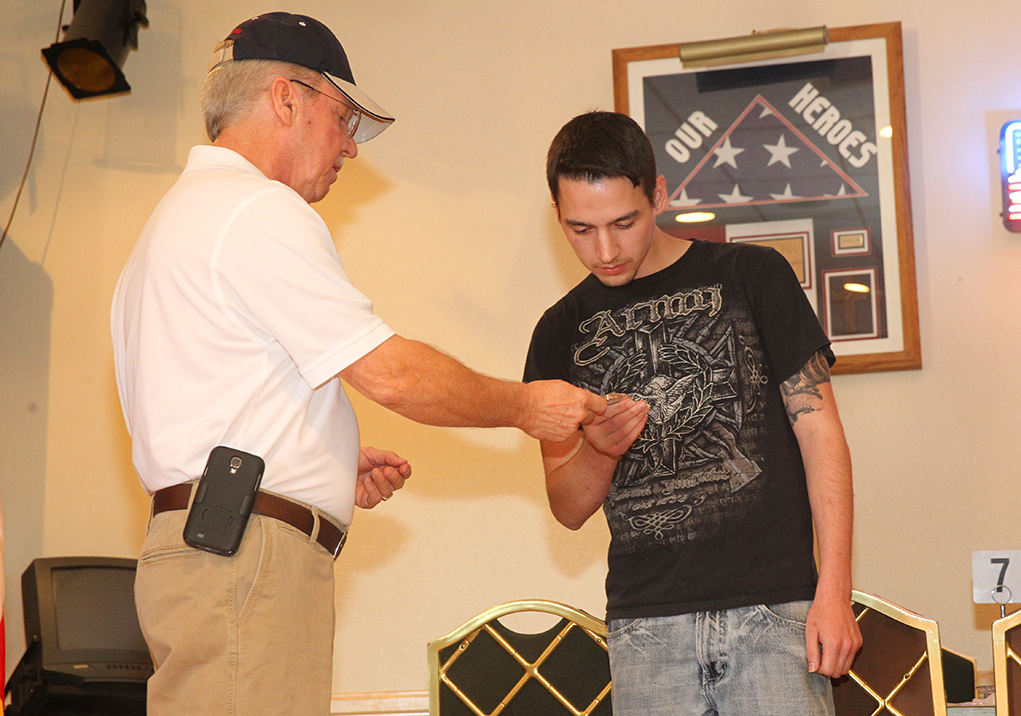 A 2012 graduate of Lake Havasu High School, Pvt. Garza operates as an IT specialist for the U.S. Army, touring in Kettenbach, Germany, and stationed at Fort Stewart, Ga., where he will return in March.

Lake Havasu City Mayor Mark Nexsen presented the serviceman  with a certificate “in thanks of protection of our nation.” Citing him as both an “inspiration to our youth and community,” Nexsen told Garza that wherever his life may take him, he “will always be welcomed here.”

Following the welcome, Garza was presented a White Cross Ministries coin by LHC American Legion Auxiliary Jill Richeal, who encouraged the serviceman to “take the coin wherever you go to know that you are thought of.” In addition, Garza received a one-year Legion membership.

VFW Post 9401 Commander Joan McDermott offered welcome and thanks on behalf of her post and presented Garza with a flashlight, telling him, “(The light) may light your way throughout the rest of your career.”

The LHC Marine Corps League then presented Garza with a Challenge Coin, identifying him to his brothers in arms as a friend rather than foe. With a smile on his face and a snap of his fingers, Sr. Vice Commandant Frank Blain commented to the Garza that “the thirty years should go by just like that.” 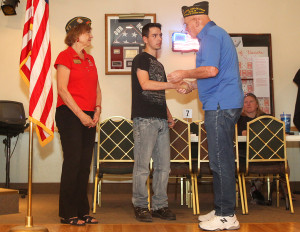