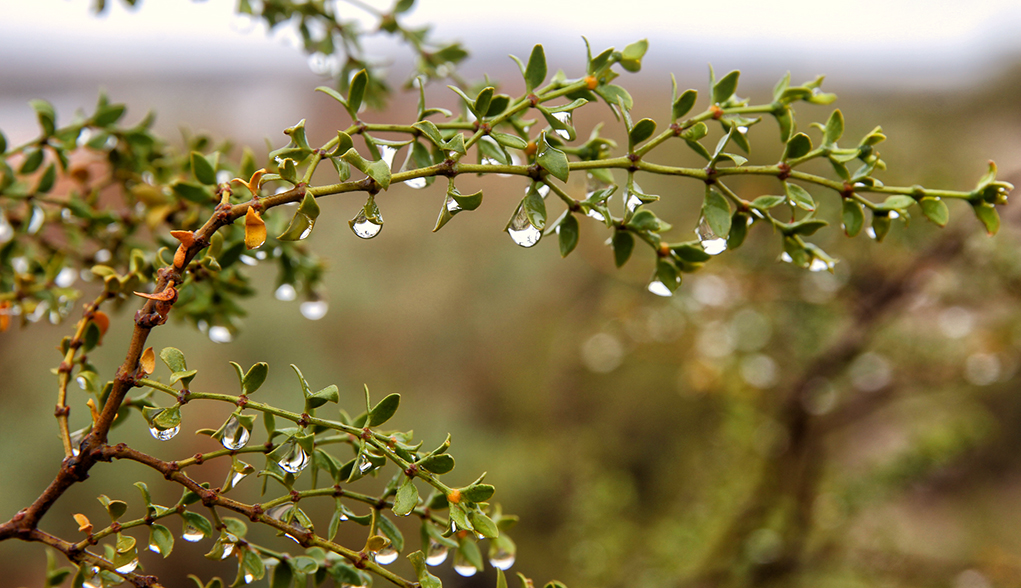 Lake Havasu City received between 1.3 and 1.5 inches of rain from noon Wednesday until noon on Thursday, said Meteorologist Reid Wolcott, of the National Weather Service in Las Vegas. 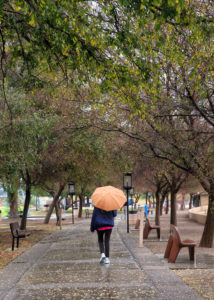 The storm system moved through the area from the south and brought steady showers to Havasu late Wednesday into Thursday. And that trend will continue tonight.

Thursday’s daytime high temperatures were around 56 degrees. Friday’s is expected to be 62 degrees, with Saturday, Sunday and Monday coming in about 59, 53, and 58 degrees.

A second storm system is moving in from the west and will sweep the area beginning late Friday night and into early Saturday. More rain is forecast before tapering off, with snow levels dipping to elevations of 4,000 feet. Winds gusts of 25-35 mph are expected in Havasu.

“It’s going to be a wet Christmas Eve in Havasu,” Wolcott said. “The mountains in the area, the Hualapai’s and the Spring Mountains, could see some snow.”

Christmas Day’s forecast looks to be drier and is expected to be the beginning of a rebound when it comes to warmer temperatures, Wolcott said. 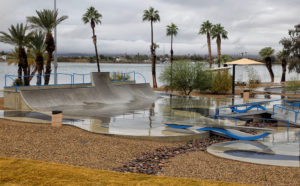 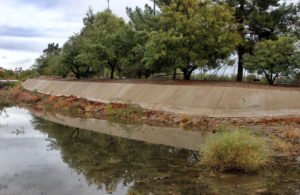 Trees are reflected in water in a wash Thursday morning at Rotary Park. Jillian Danielson/RiverScene 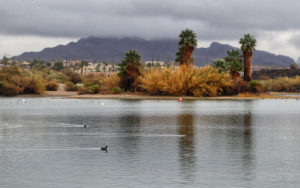 A view of the lake from Body Beach Thursday morning with clouds over the mountains. Jillian Danielson/RiverScene 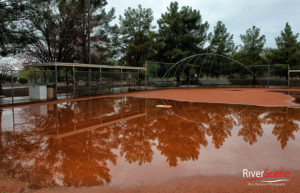 A baseball field at Rotary Park covered in water after it rained Thursday morning. Jillian Danielson/RiverScene