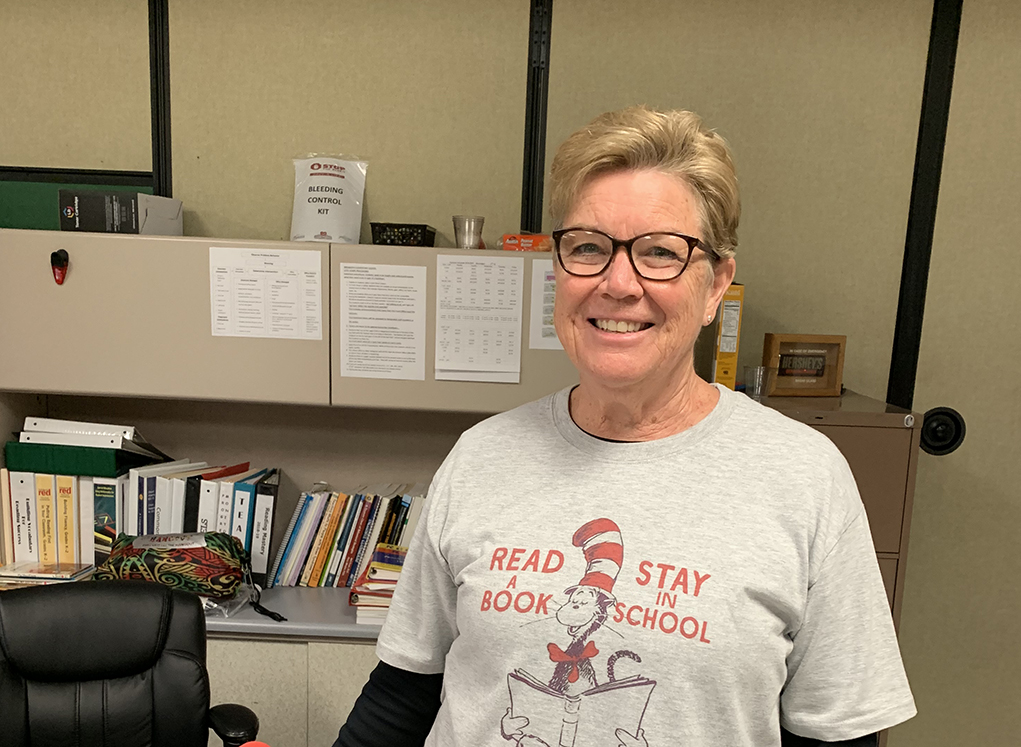 Havasupai Elementary School in Lake Havasu City has been fortunate for seven years to have Dale Sevastakis teaching special education to its students.

Sevastakis has another passion in life too – yoga. She has been taking yoga classes on and off almost all her life and has always enjoyed the serenity it has brought her. She soon got to thinking that she could be passing on her love for yoga to a younger generation in her classroom. She started to use yoga as a “brain break” for her special education students who were struggling to focus for long periods. It was so successful she made the decision to become certified to teach yoga.

As part of the training to become a yoga instructor one is required to do community service.

Sevastakis decided the best way to not only practice her skills but to also get the people around her involved was to offer free yoga classes to the teachers and staff members at her school.

Once certified, the school district reached out and asked Sevastakis if she would be willing to offer classes for all district employees as part of a wellness program. She agreed, and even now that the program she was working with is no longer in place, she still offers the class every Tuesday and Thursday at Havasupai in the “Yoga Room”. While the attendance isn’t huge, she has six regulars that come and enjoy the calm after a hard day’s work.

At the end of this school year, Sevastakis will be retiring on a high note. In October 2018, she was awarded The Golden Apple Award for Havasupai Elementary from the K12 Foundation.

In retirement, she has big plans, which include, continuing with yoga as both a participant and a teacher. She also hopes to get some additional certification (she already has a prenatal certification).

Sevastakis is looking forward to having time to kayak, hike and travel the western United States. She plans to spend time with her two children and one granddaughter, who have followed her to Lake Havasu, and of course relax with some yoga.