Youngsters Brag About Their Dads For Father’s Day 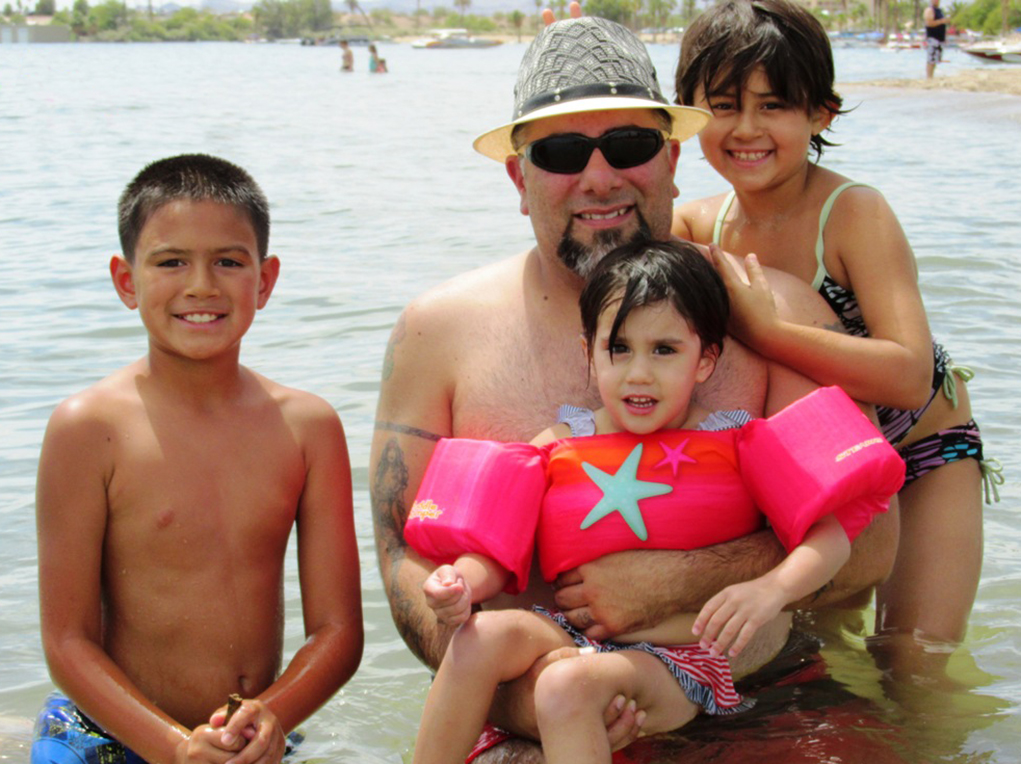 Youngsters enjoying Father’s Day weekend at Rotary Beach in Lake Havasu City were happy to give it up about their dads as to what they like best about the men in their lives dedicated to raising them.

“He loves me and takes me to gymnastics,” said Nadia Salazar, 8, of Los Angeles, Calif.

“I like that he can take us everywhere he likes,” said Rosa Martinez, 8, of Tucson. “He brought us here to the Lake.”

“I love that he takes me everywhere,” said Monica Cario, 6, of Las Vegas, Nev., “We went to Disneyland.”

“He’s always there for us,” said Alize Orozco, 11, of Las Vegas, Nev., “Since he lives in Utah, he comes and visits us. I love him because he will always stand up for us.”

“I’ll tell you one thing,” said Jude Young, 4, of Lake Havasu City. “One time, when one of my knees popped on the baby’s head, and he didn’t spank me, and my mommy said he didn’t really mind. We’re going to Wrestlemania tomorrow. Yesterday, I got a lot of big wrestlers. And, there’s one more thing – he takes me fishing.”

“My favorite thing about my dad is if something is broken he doesn’t jump to conclusions and blame it on anyone,” said Kaedy Young, 8, of Havasu. “He asks them and everyone what happened and then decides how it must’ve happened. And, we’re going to Wrestlemania tomorrow.”

“He brushes my teeth,” said Millie Young, 3, of Havasu. “We got princesses for Christmas.”

From left, 11-year-old Diago Montanez, 3-year old Sophie Montanez, and 8-year-old Rosa Montanez, all of Tucson, pose for a photo with their dad, Jesus Montanez, on Saturday at Rotary Beach in Lake Havasu City. It was the family’s first trip to Havasu and they’re in town celebrating Father’s Day.