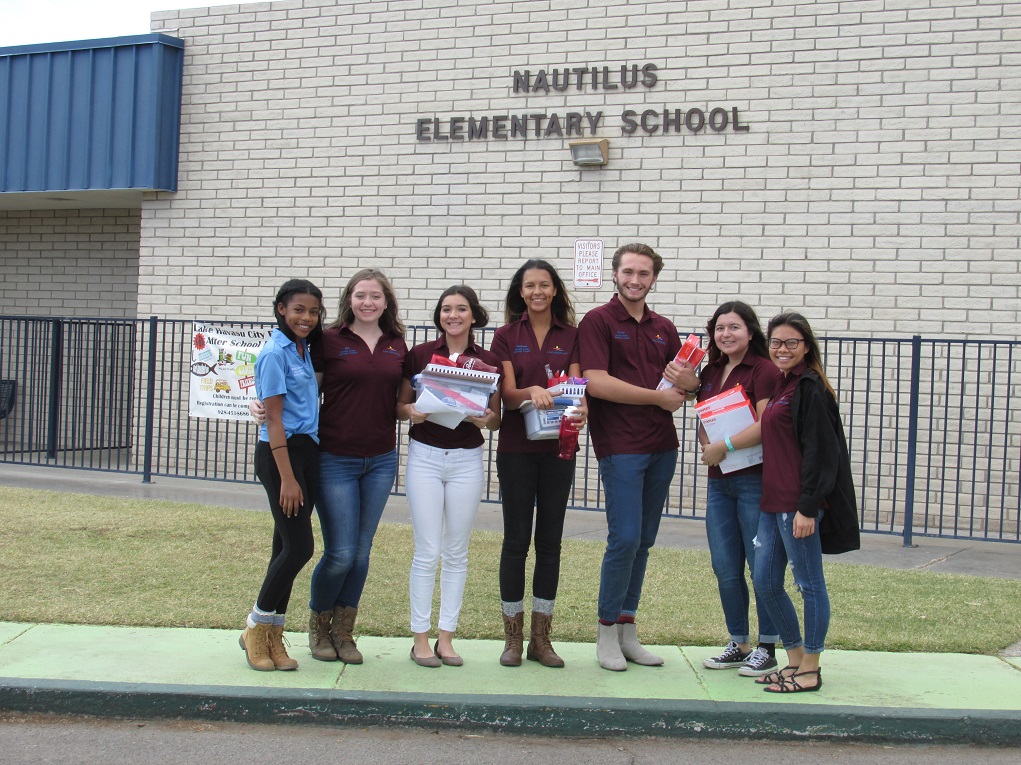 “We wanted to retain these teachers after we lost all of those others,” said HYAC member Tatum Bracamonte, Lake Havasu High School sophomore. “We wanted to welcome them to the community.” 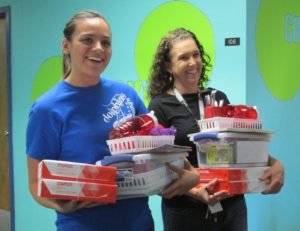 The students organized a donation collection from about 30 local businesses. The care packages given to the teachers included paper, school supplies, and gift cards, certificates for service, or coupons.

The project stems from a training the students attended in June at Arizona State University’s Tempe campus. There, they met with two other youth councils from Surprise and Salt River Indian Community School. Collectively, the youth learned skills in creation of civic health projects and identified needs within their own communities. 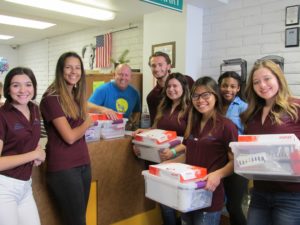 HYAC poses for a photo with new-hire music teacher Steve Wayman at Havasupai Elementary after presenting him with a care package. Jayne Hanson/RiverScene photo

HYAC honed in on the issue of improving teacher retention in Havasu. The students’ awareness on the issue was brought to light during their attendance at the America’s Best Communities Town Hall in August 2015. In this case and with this project, the students wanted to be promote a feeling of support from the community – with the kind gesture of local businesses giving to the cause – that the overall effect would encourage the teachers to feel welcomed and rooted in Havasu and therefore want to remain.

After the ASU-based training, HYAC returned to Havasu and collaborated with local teachers, school administrators, city officials, other service clubs, and residents of different age groups before coming up with the Project: We Outcare concept.

The second leg of the project includes a proposed website on which all Havasu teachers could create a profile that would be complete with a classroom supply or wish list. The list would then be linked to Amazon or local businesses’ websites for ease of purchase. The website would sustain the youth effort of these initial care packages and intention of wanting to meet teacher’s needs within the classroom. Currently, the group is fundraising for the effort with hope of launching the site in August.