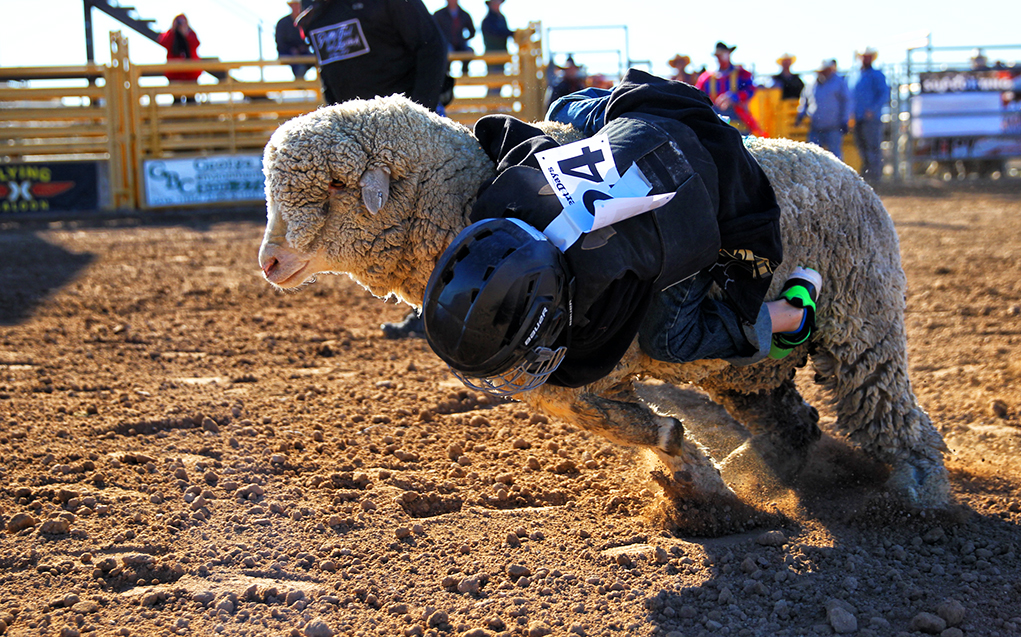 There was much angst among competitors in the chutes Saturday during the sheep- and calf-riding competitions where many youngsters tested their courage, survived a few hard falls, and stood up to a few tough tears. In the end, each left with an amazing story to tell. 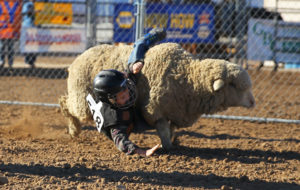 It was 5-year-old Daniel Phelps, of Lake Havasu City, who won the first-place ribbon at Delbert Days Rodeo’s Mutton Bustin’ competition on Saturday.

“I have never done it before,” Phelps said just before his ride. “I’m going to ride the sheep. I’m excited. I see boys fall off of bulls.”

Phelps said he had zero practice in the time leading up to the event, and the strategy proved itself worthy when he rode his sheep 6.75 seconds during the competition for the win.

“I’m going to ride a sheep because I want to,” said 4-year-old Corbin McShea, of Havasu. “I’m going to hug the sheep just like a pillow.” 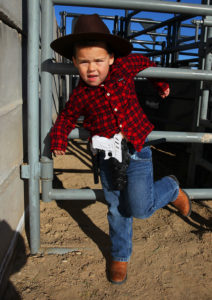 Corbin McShea poses for a photo before his big ride on a sheep. Jillian Danielson/RiverScene

McShea said he practiced one time with a pillow before Saturday’s event. McShea’s ride was short-lived after he bravely tumbled from the sheep just outside the chute. He fell hard and nearly lost a cowboy boot. A few rodeo clowns were on hand to pick him up and dust him off. In turn, McShea high-fived each of them and walked it off like any seasoned cowboy he looks up to.

Nyssa Medrano, 7, and Savannah Ruiz, 7, both of Blythe, Calif., also signed up to ride the sheep.

Neither of the girls had practiced for the Mutton Bustin’ and neither had a strategy. The duo simply was in town enjoying the rodeo with family.

Third-year rider Kaleb Murdock, 7, of Havasu, said this year’s game plan for riding the sheep was to hold on and stay on.

“I’m trying to hold on to the hair to hold on and stay on,” Murdock said. “I am a little scared about falling off – if I would hit the ground too hard.”

After his ride, Murdock said he had a “good fall this time” and showed the participation ribbon and a ticket for a free lemonade that his efforts earned him. He will be back to ride again, he said.

Brielle Snedeker, 5, of Havasu, fell from her sheep, too.

“It was scary falling off,” she said, during a teary interview with River Scene Magazine. 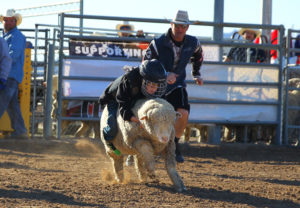 Jeremiah Snedeker, 8, of Havasu, participated in the youth calf-riding event. The calf he rode broke hard left from the shoot and tossed Snedeker well into the air.

“It went a little bad, I flew off” Snedeker said. “It was pretty amazing because I was flying. It was awesome.”

Snedeker said he was feeling some discomfort in his hand after the fall but he was all in for riding again next time.

The ride times of the calf-riding competition weren’t immediately available at press time.

The Delbert Days Rodeo continues Sunday at the SARA Park rodeo grounds. Admission is $15/adults. Youth who are 15 and younger admitted for free. For more information, visit www.havasurodeo.com. 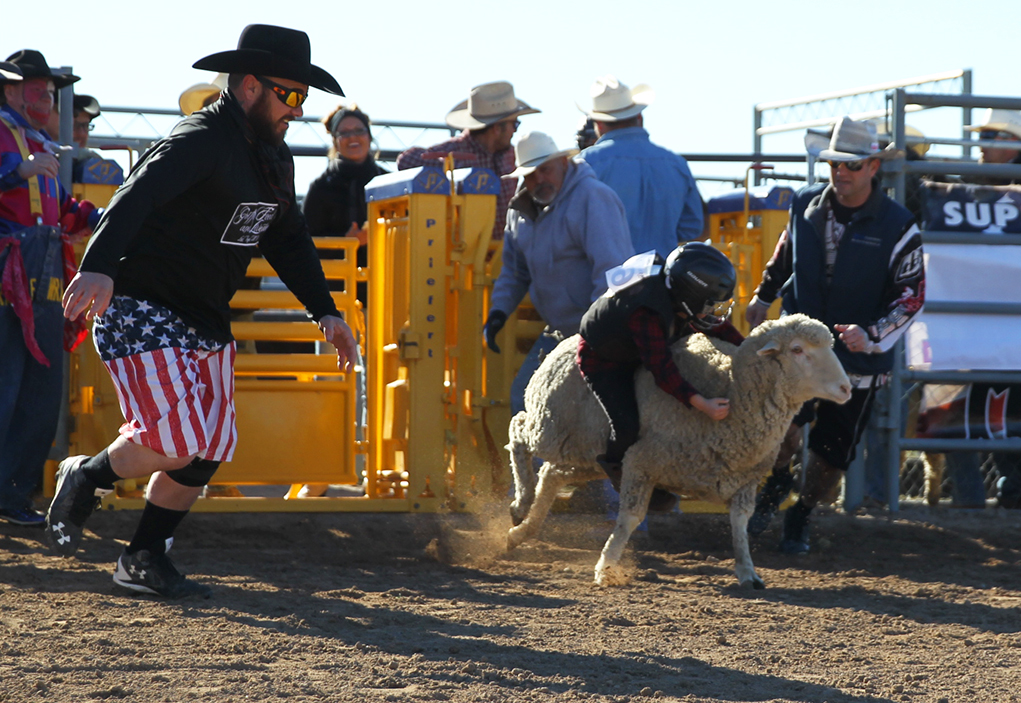 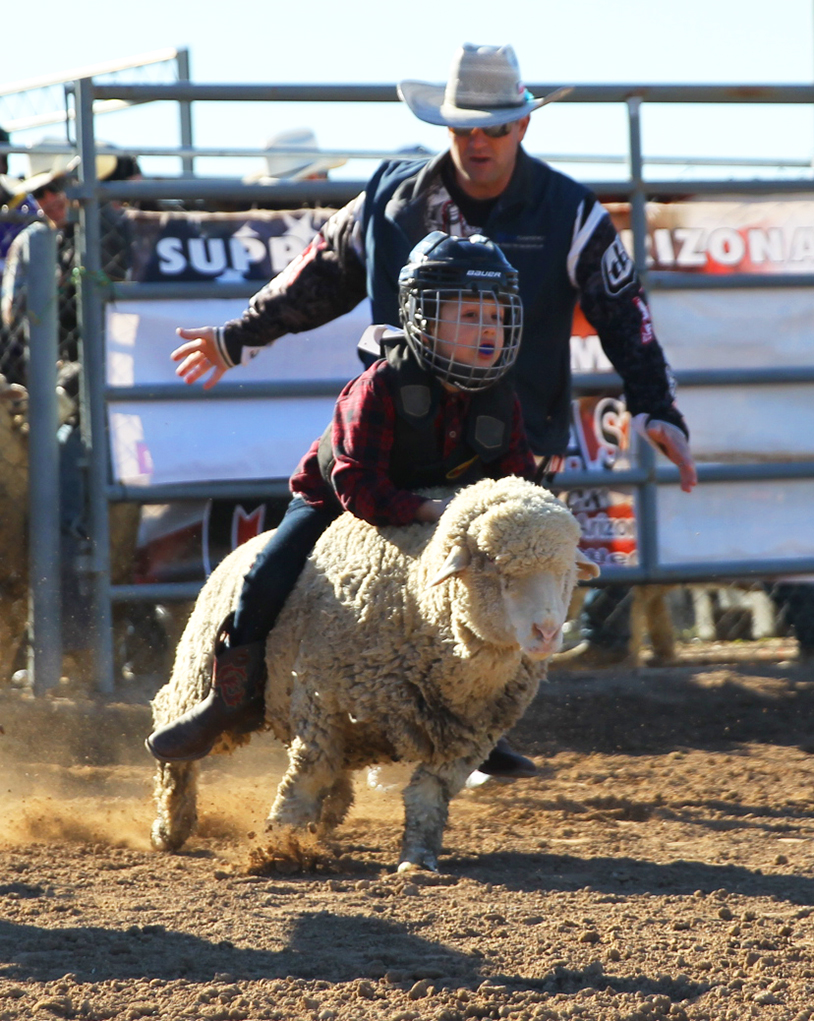 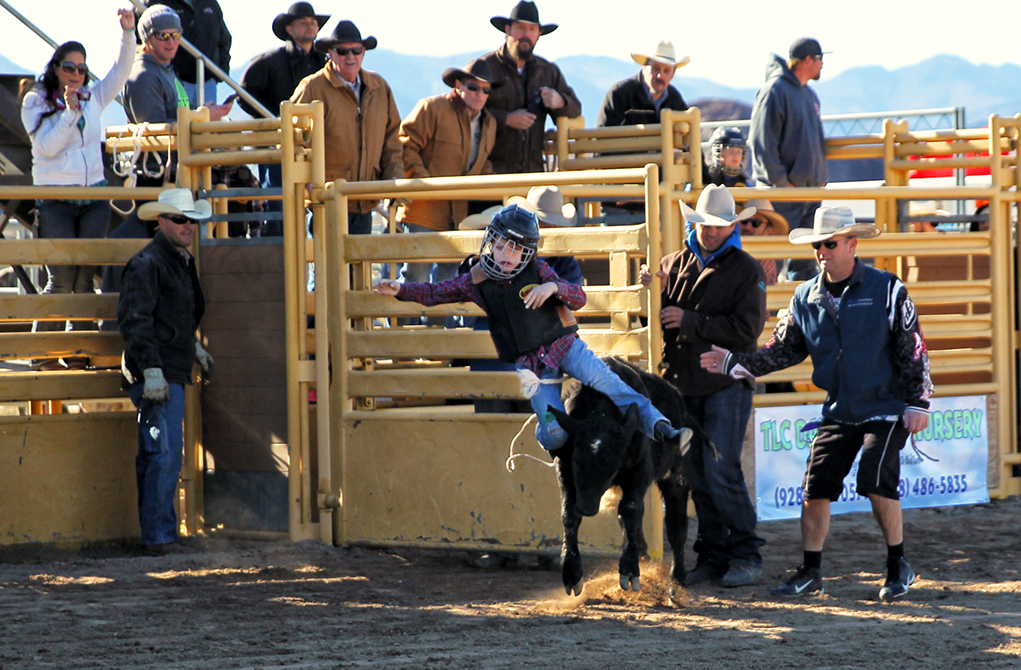 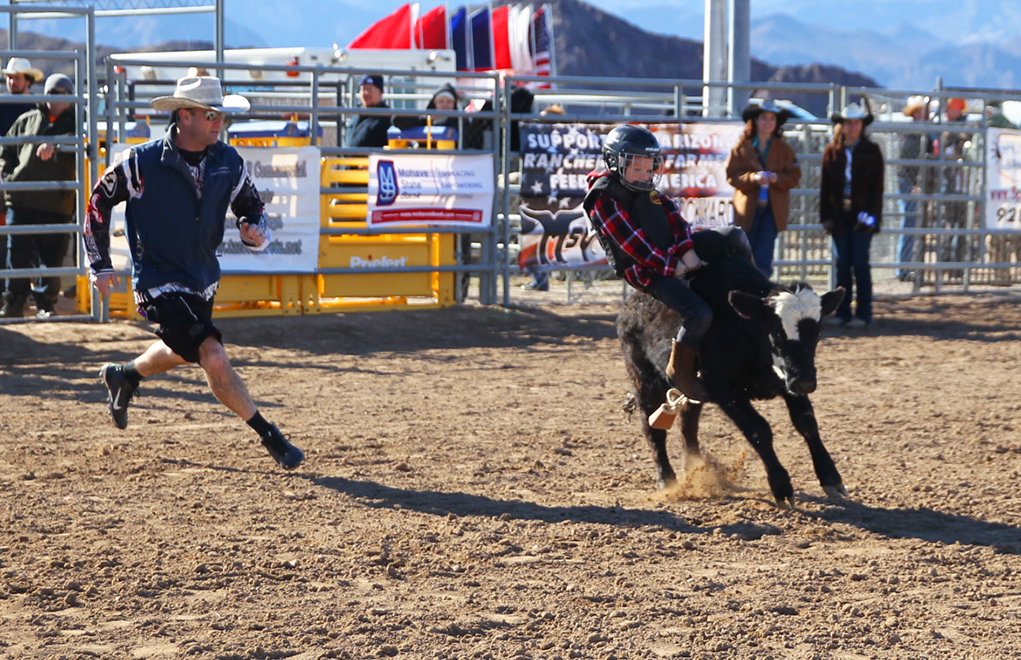 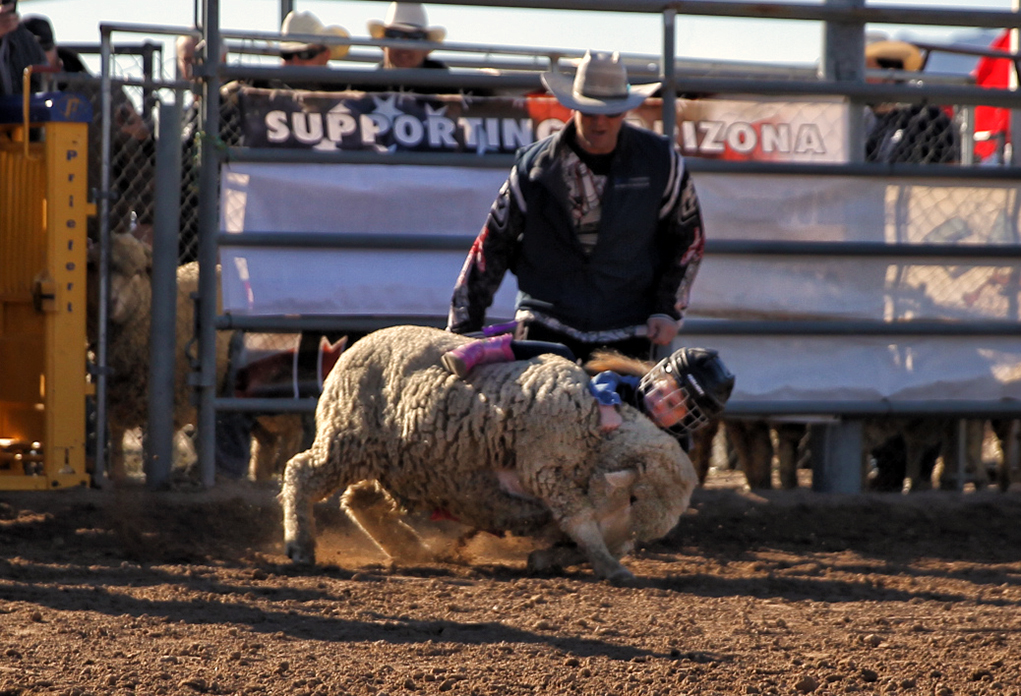