43rd Annual Run to the Sun

The car show is held every year and consists of over 800 vintage cars 1972 and older.

Thursday, October 21: Cruise on Main Street. This event is open to the public and will be held on McCulloch Blvd. Downtown District 5 p.m.-9 p.m.

Friday, October 22:  Show and Shine on the Bridgewater Golf Course.

The Relics & Rods Car Club was formed in 1975 by 9 residents who had an interest in old cars.
During the first few years, the club met at various locations around town including Kings Clipper Barber Shop, Wings Best Western Motel, the Chamber of Commerce, etc. In 1978 the club members decided to put on a car show which was held in the spring at the London Bridge Shopping Center’s parking lot.

This first show was called the Camp-O-Rama and 28 vehicles were displayed. The car show was eventually moved to October and the name was changed to “Run to the Sun” with as many as 1,200 vehicles attending the event. This year marks the 43rd anniversary of the “Run to the Sun” car show. The show has been expanded to include 1972 and older cars and trucks and we are expecting over 800 entries. 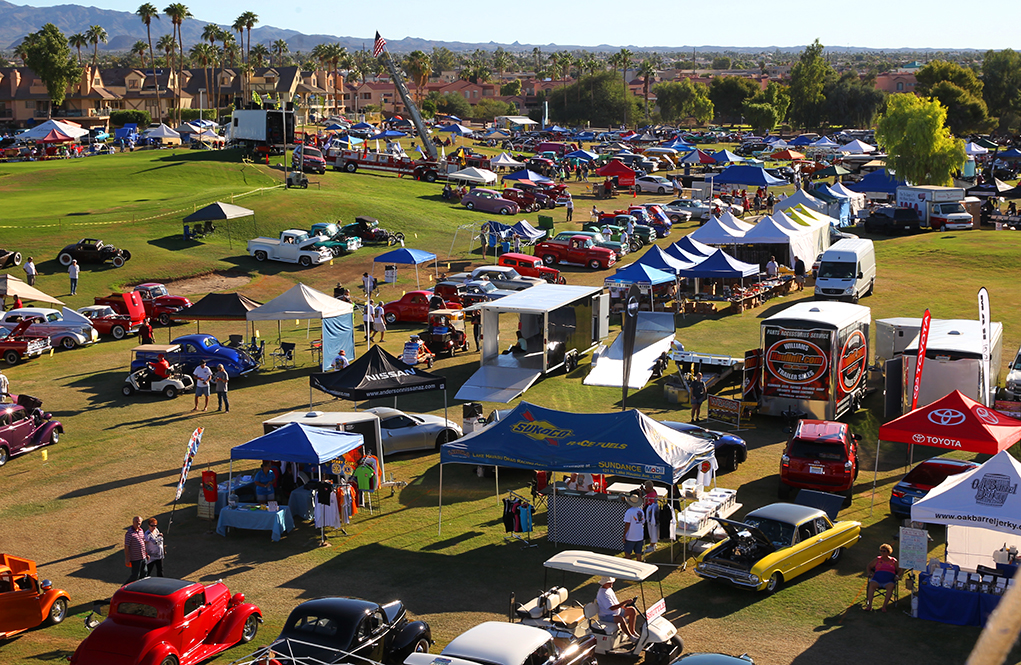 Run to the Sun. Jillian Danielson/RiverScene