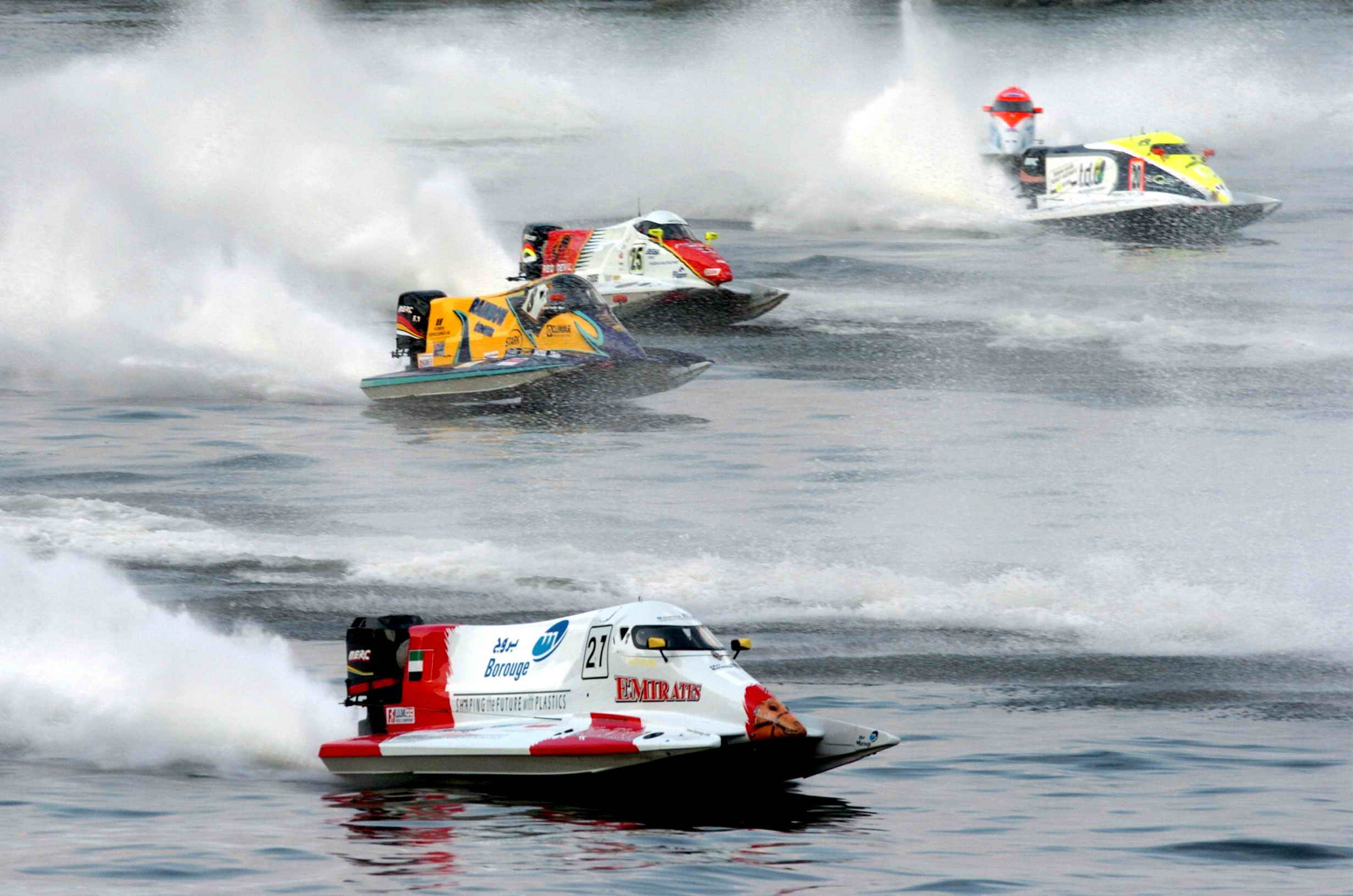 Powerboat racing at its finest will be returning to Lake Havasu City, AZ October 15-17 for the month long London Bridge 50th Anniversary celebration.

The Outboard World Championship features some of the fastest Formula 1# Race Boats in the World and competing race teams are said to be coming from around the country including Europe.

NGK Spark Plugs Formula 1 Powerboat Series will be bringing this historic event back to life where it originated back in 1964. The Nautical Beachfront Resort will be the headquarters to this free spectator viewing event. Boats will be reaching speeds of over 170mph on this 8 tenths of-a-mile race course promising fans some amazing action during the three races each day of this three daylong event.

Racing fans will enjoy three full days of action-packed excitement featuring three classes each day: Tri-Hull, Formula Lights and Formula 1.The race was a signature event for Lake Havasu City in earlier years and the intent is to continue hosting the Lake Havasu Outboard Championships into the future.

“Lake Havasu and the Classic have a special place in our families’ hearts—we are honored to be part of this historic 50th anniversary event for the city,” said Tim Seebold, the director of the NGK Spark Plugs Formula 1 Powerboat Series and a former championship-winning driver himself following in his father Bill’s footsteps. This historic match with the City and these championship boat races will once again reignite the excitement fans will experience along the shores of Lake Havasu.”