For all those who plan on celebrating the Fourth of July holiday in Lake Havasu City, the party is set to go on a usual.

Sheehy said he would urge Havasu visitors and citizens to physically distance while enjoying the display.

There are numerous areas from where to watch the fireworks display around the city. The show starts at 9 p.m. on the Island. Tune in to KNTR 980AM for fireworks show music that will be choreographed on this station. 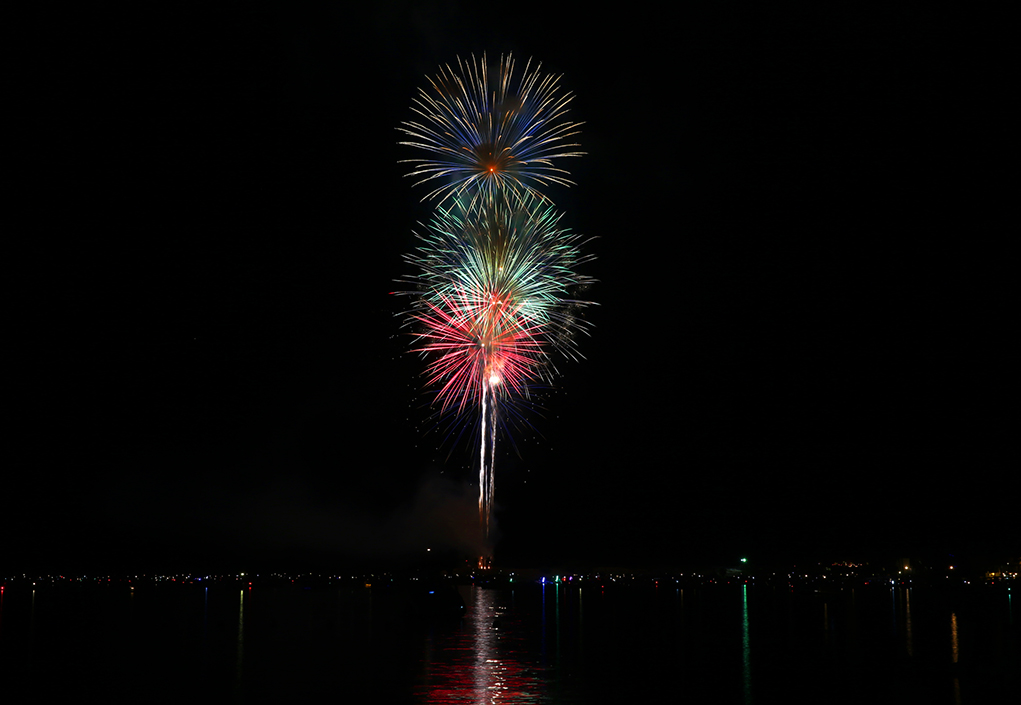 “There are many great areas to enjoy the firework display including city parks, from the water, any of the bluffs, or your own backyard,” Sheehy said.

Some other area firework displays have been cancelled including Laughlin’s Zambelli Brothers show.

Remember that many pets are vulnerable to the sounds of fireworks, so make sure they are kept safe and sound.

July 4 falls on a Saturday this year, so Havasu is expected to be a busy place. Be safe and stay healthy, Lake Havasu. Happy 4th of July!

Lily Gibbons, Taylee Kurtz, and Garrett Goade play with sparklers at Rotary Beach on the Fourth of July. Jillian Danielson/RiverScene