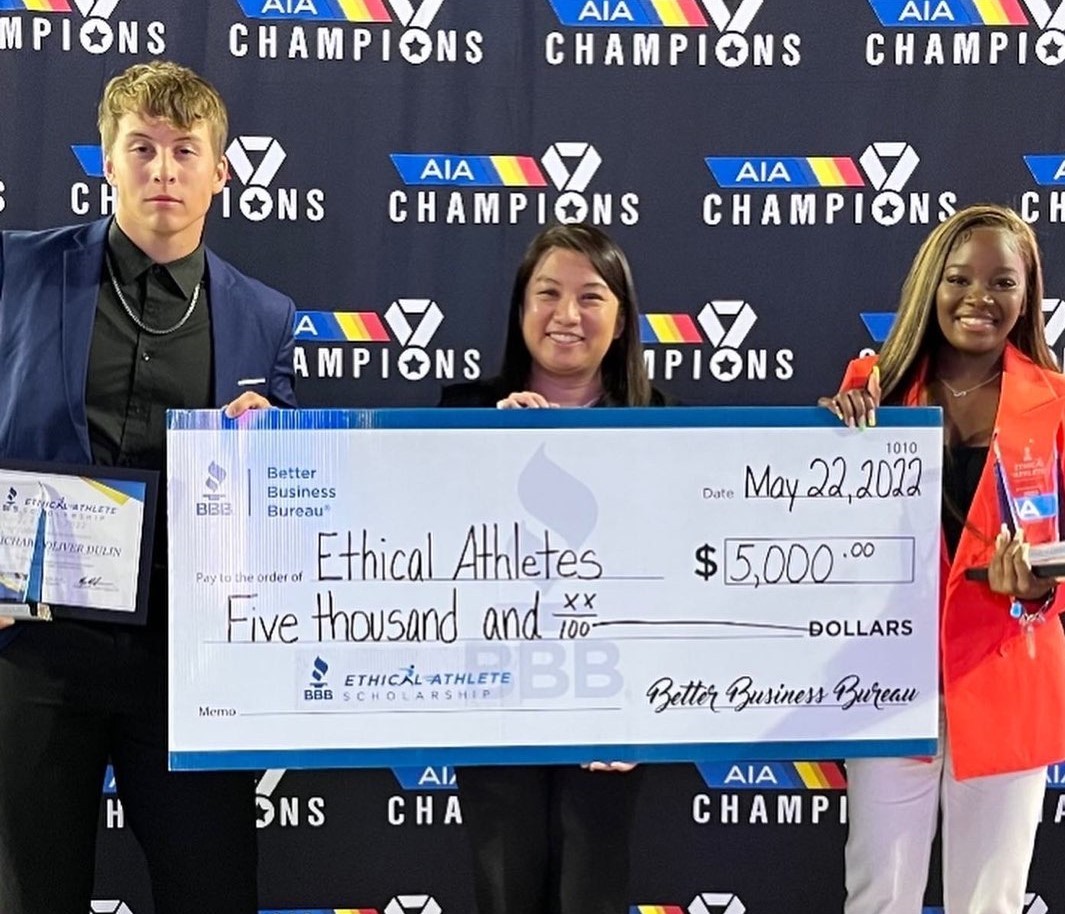 While Better Business Bureau Serving the Pacific Southwest (BBB) is well know as an organization that promotes local businesses and helps them grow and prosper, and it also has an eye on the future leaders of those businesses.

Through community and self-nominations, high school students are evaluated by a panel of judges for their ability to uphold integrity in the face of ethical and personal challenges when playing a sport on and off the court. The scholarship honors these behaviors and the positive influence on others.

Locally, Michael Dulin from River Valley High School in Mohave Valley was the recipient of one of those $2,500 scholarships.

Clark said, “After losing his mother at a young age, Michael Dulin is a committed young man who gives back to his community, takes care of his family, and is loyal to his friends. He has lettered in three sports, while being the breadwinner of his family and primary caregiver of his father. I have witnessed this young man vouch to get his friends’ jobs, take them places, and even give them money when they need it. He is an upstanding young man, one that I hope my son will be like one day.”

“I never knew I was nominated until the BBB got ahold of me. It was only then when I found out I was a nominee. It was such an honor and I couldn’t express my gratitude well enough,” Dulin said of the award.

When Dulin discussed his philosophy of his athletic participation he said, “The mindset and beliefs which I carry onto the field are all about having fun. You could ask any of my teammates; they would most definitely agree that I’m the goofiest one on the field.

“Personally, I perform better when I’m relaxed and having a good time. I totally respect those who differ, like those who get ‘into the zone,’ but that’s my take on it. It’s all about having fun.” 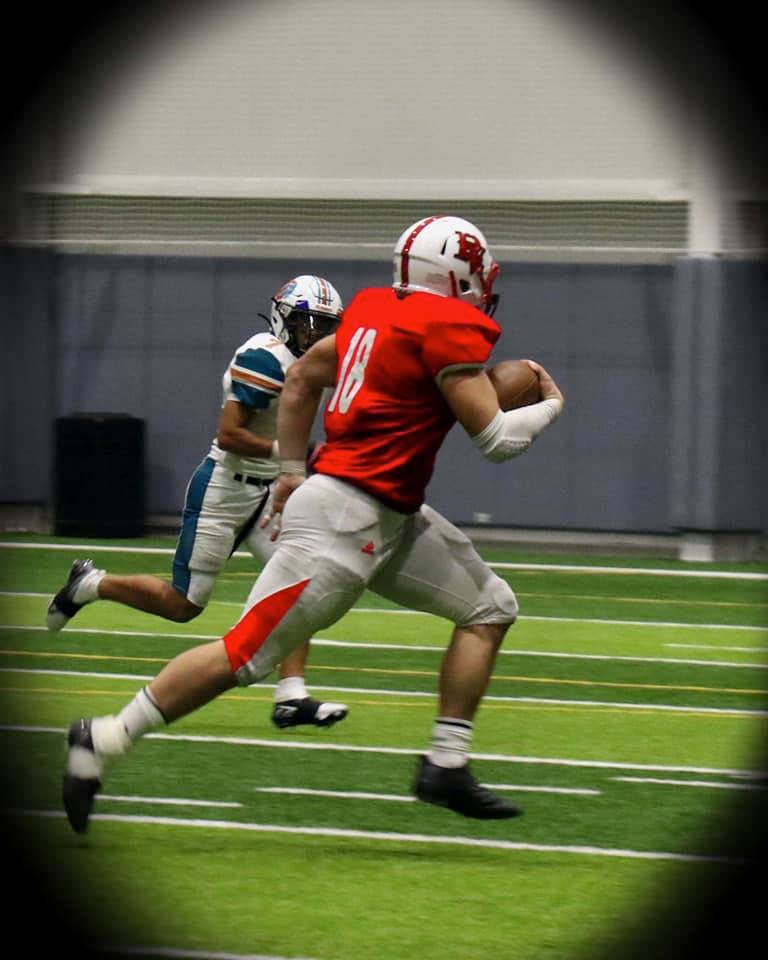 Arizona high school athletes must have a GPA of at least 2.75, enrolled in an AIA-sanctioned school while participating in an AIA sanctioned sport were eligible to be nominated for the scholarship.

On that note he said, “I’m proudly furthering my football and academic career at Glendale Community College. I’m going to receive my EMT Certification to become a paramedic.”

He expressed his gratitude by saying, “I want to send out a super special thanks to my peers who have pushed me to be the best me, and to my coach Jonathan Clark. Besides the incredibly helpful scholarship, he has helped in such a way of which I could never express the value. Bless him and his family for the lessons he has taught all of us under his leadership.”

Applications for next year’s scholarship will open on Aug. 1, at athlete.bbbcommunity.org.

Better Business Bureau Serving the Pacific Southwest has transformed into a partner that proactively supports an ethical community. By providing resources and education by leading experts, we serve diverse business owners and entrepreneurs in every step of their business journey. As they have for over a century, consumers continue to turn to us for help as a reliable source to find trustworthy businesses.

BBB’s local campus is located at 1100 London Bridge Road, F106 in Lake Havasu City which is open by appointment, or by contacting Kryistyna Hook at 928.302.3701 or kryistyna.hook@bbbcommunity.org.