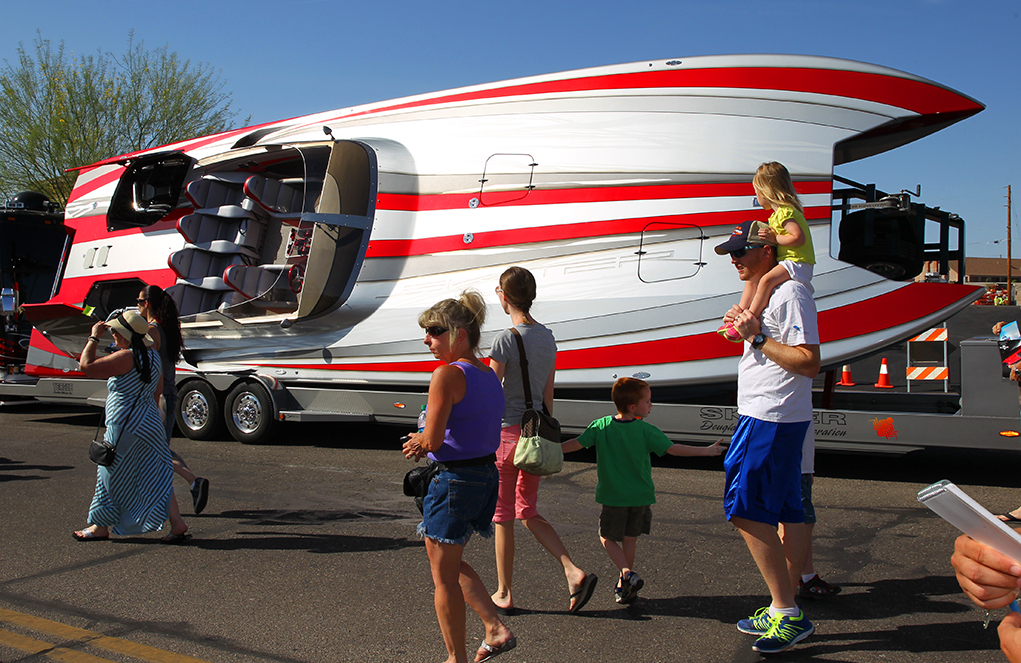 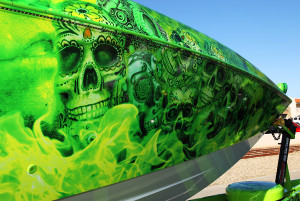 A chance to see high-performance boats from across the nation race at top speeds on Lake Havasu will be possible this week, thanks to organizer and president of Lake Racer LLC, Jim Nichols. He is presenting the Annual Desert Storm Poker Run and Shoot Out April 22-25.

The event is in its 17th year and promises to entertain with boats reaching high speeds near Site Six, and off the Island to Spectator Point.

Nichols has hosted events like this one from Texas, Oklahoma, Missouri, Mexico and Las Vegas, but says there is something truly special about bringing the event to Lake Havasu City every year.

To help kick off the event, volunteer and participants will give special needs and underprivileged children the opportunity to ride and cruise around the lake, starting at the Nautical Beachfront Resort at the boat docks as part of the annual “Krusin” for Kids event on Wednesday.

For those looking to help families in need, a silent live auction will also take place with proceeds that will go toward New Horizons, an organization that helps struggling families. 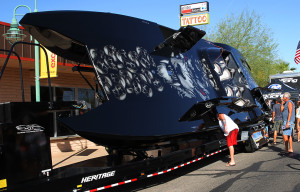 One of the favorite events is the Annual Desert Storm Street Party, where spectators have the opportunity to see racing boats on display up close in Lake Havasu’s downtown district.

Other events include, the Desert Storm “Parade of Power” and Poker run on Friday, the Desert Storm Shootout on Saturday and The Power in The Park Beach Party which is now open to the public, and much more. The event is free to all spectators.

For a complete list of events and times, visit www.golakehavasu.com/events/details/1786/17th-annual-desert-storm-poker-run-and-shootout-2015/. 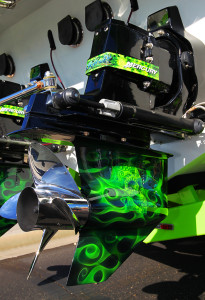