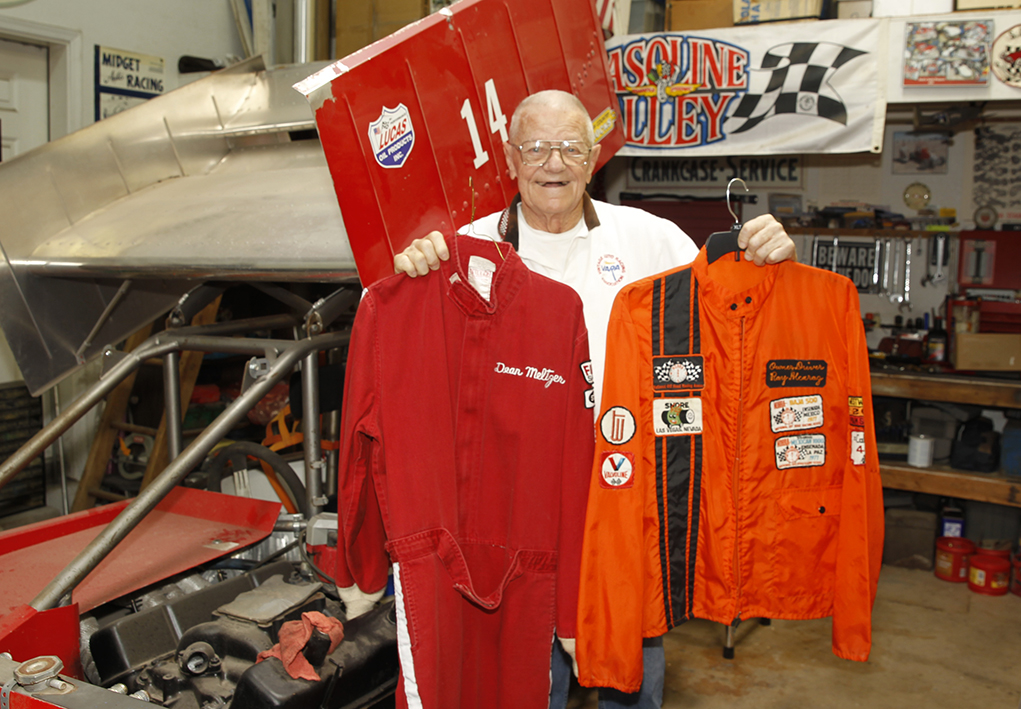 What do folks do when they have enough pictures and memorabilia to fill a museum? If they’re anything like Lake Havasu City local Ray Alcaraz, they do the obvious – they build their own museum.

Alcaraz, a passionate vintage racecar fan, fell in love with racing in 1943 at 9 years old.

“I used to deliver papers to a local champion,” said Alcaraz. “He would race every Wednesday at Balboa Stadium, and I would go over every Thursday after school and wash his car for him.” 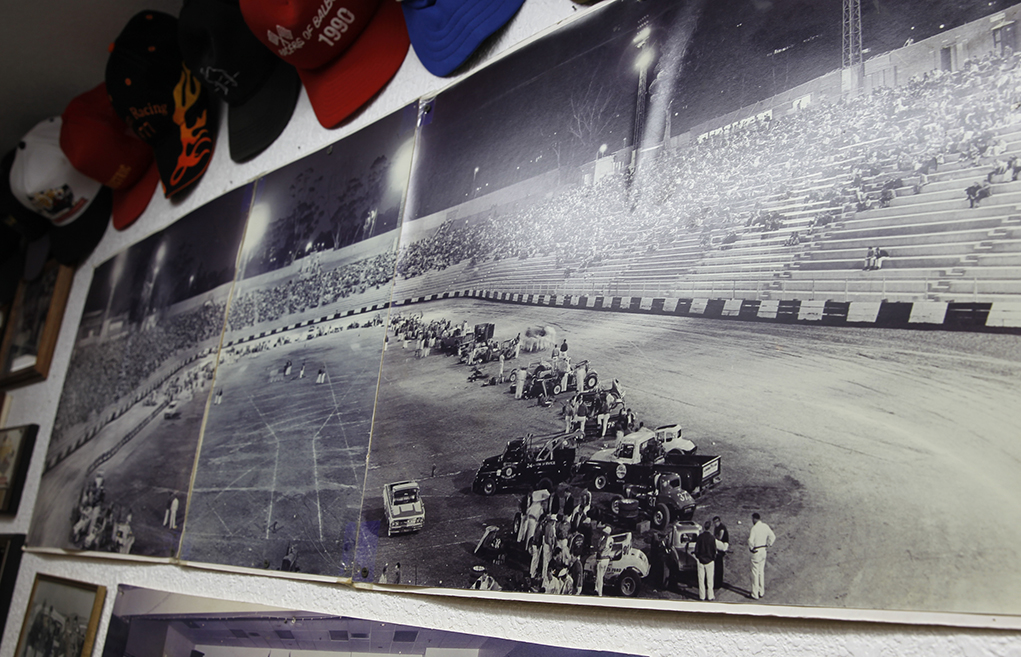 Balboa Stadium might not ring a bell to many – it’s a little more recognizable under the name Qualcomm Stadium, the former home of the San Diego Chargers. Back then, the stadium was the home of a quarter-mile dirt oval. Alcaraz has numerous photos and mementos of the track in its glory days, before it was converted to a football field in 1961.

Alcaraz enlisted in the U.S. Air Force as an electrician in support of the Korean War, and served in Germany from 1952 to 1956. While serving, he still made time for racing.1

“I would go to the Nurburging,” said Alcaraz. “I was offered a sponsorship to drive Formula One, but my commander wouldn’t allow it.” 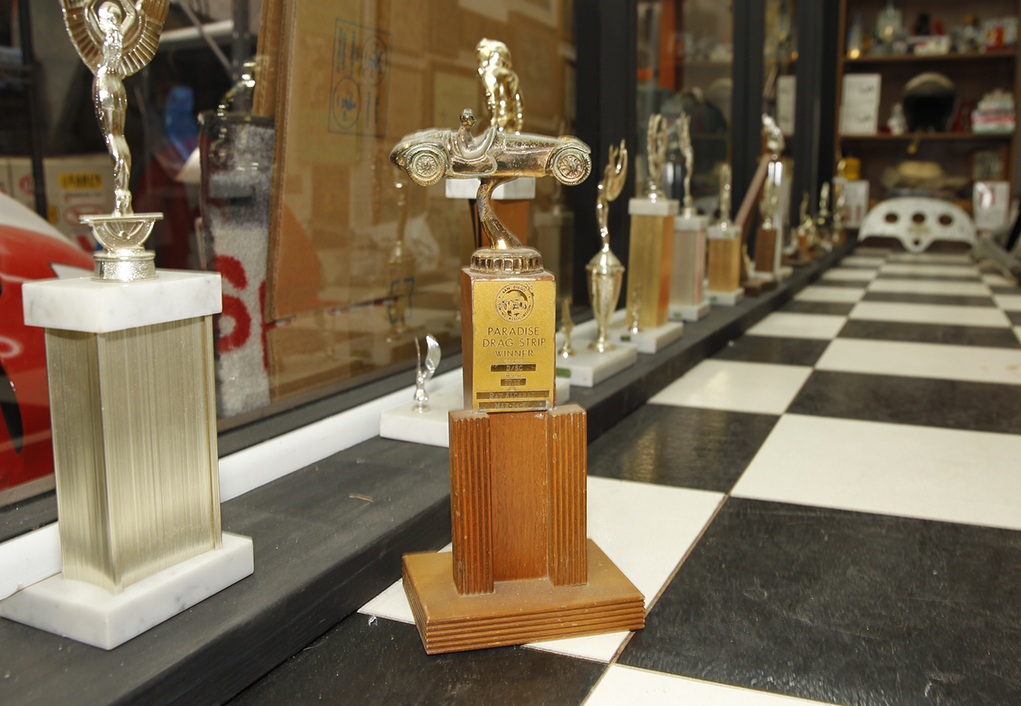 One of Ray’s first trophies from 1957 sits on display in his museum. Jillian Danielson/RiverScene

Alcaraz married, and he and his wife Nancy had two sons, Andy and Mike. Alcaraz’s love of racing spread to his two boys, who also raced cars of their own. Tragically, Alcaraz lost his son Mike to muscular dystrophy in 1996.

When Alcaraz moved to Lake Havasu in 2005, a neighbor was helping him make some improvements to the house when they came up with the idea to create a museum.

“I had collected so much stuff throughout the years, of myself and my boys, it made me want to do something,” said Alcaraz. 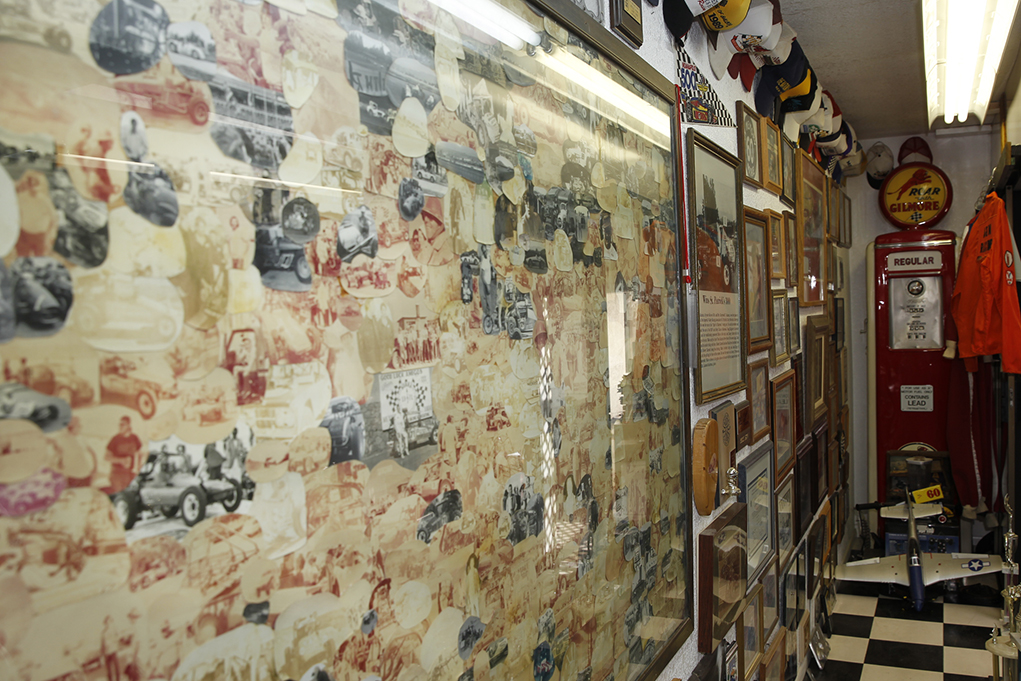 With the help of his neighbor and his wife Nancy, they put together photos, trophies, helmets, driving suits and even car parts, and carefully placed it all behind glass sliders, just like a museum.

“It’s a family wall, they were all friends and people I ran with over the years,” said Alcaraz.

Outside of his personal museum, Alcaraz has built cars for museum displays at the San Diego Auto Museum and the Arizona Open Wheel Racing Museum. He also helped to create the Arizona Vintage Racers Association, which puts on exhibition shows of vintage race cars at racetracks throughout Arizona. 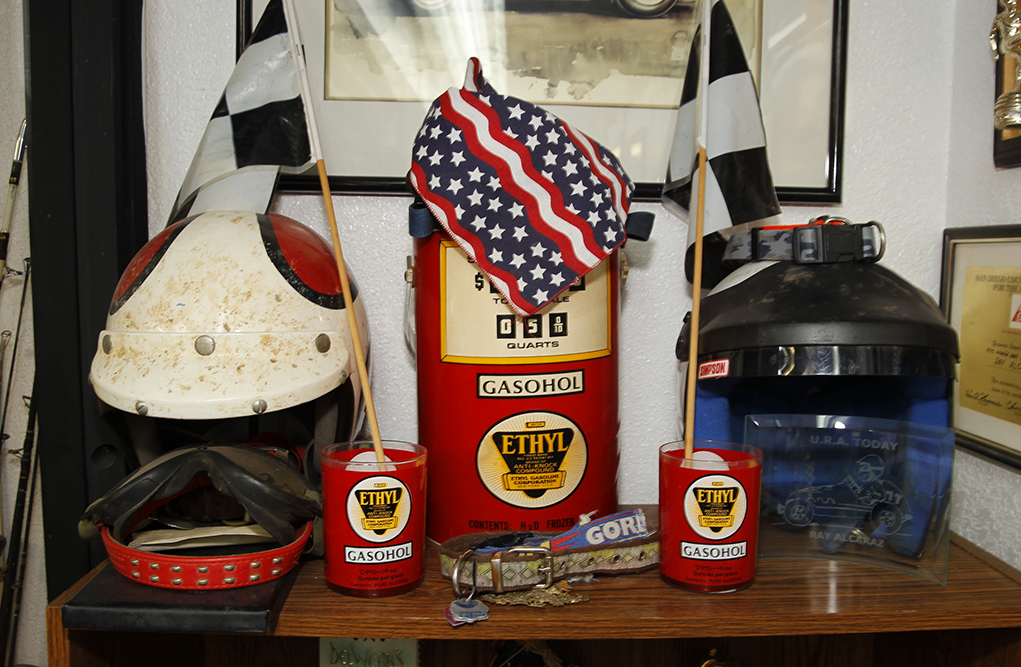 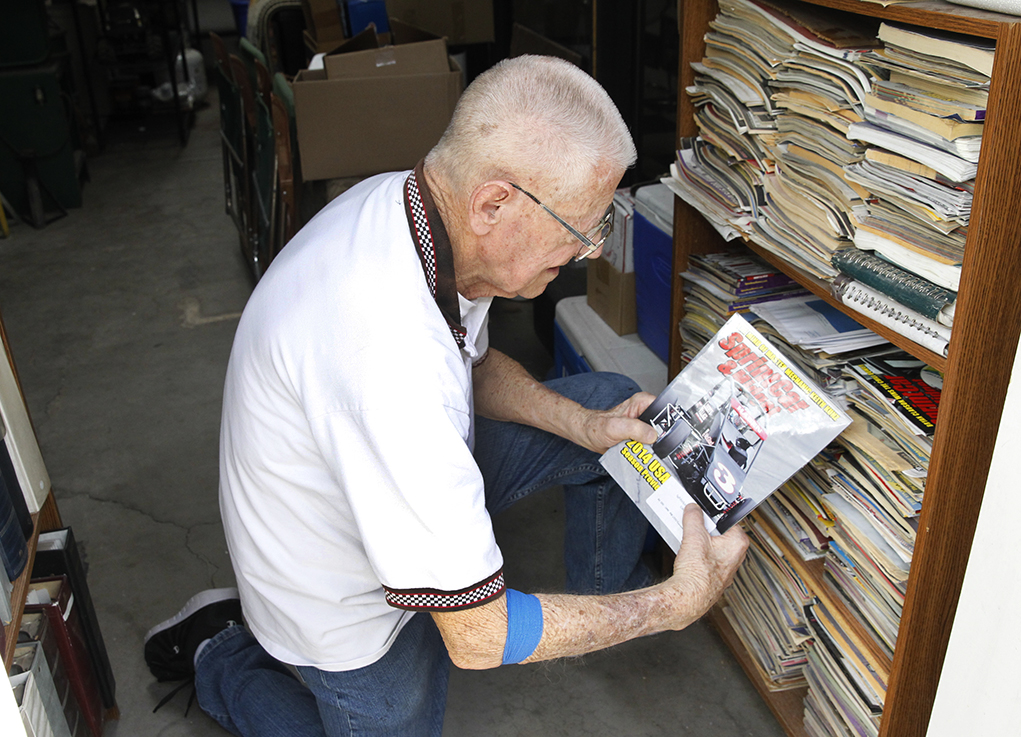 Ray Alcaraz looks at one of the many magazines he has next to his museum wall. Jillian Danielson/RiverScene 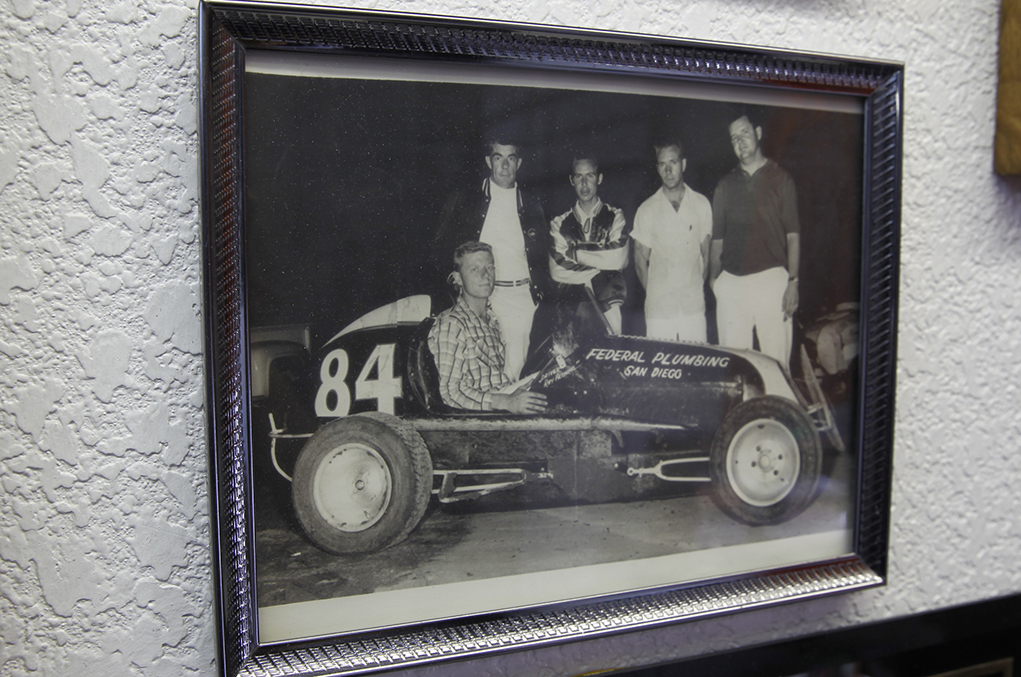 A photo of Ray Alcaraz’s early days of racing, hangs on his museum wall. Jillian Danielson/RiverScene 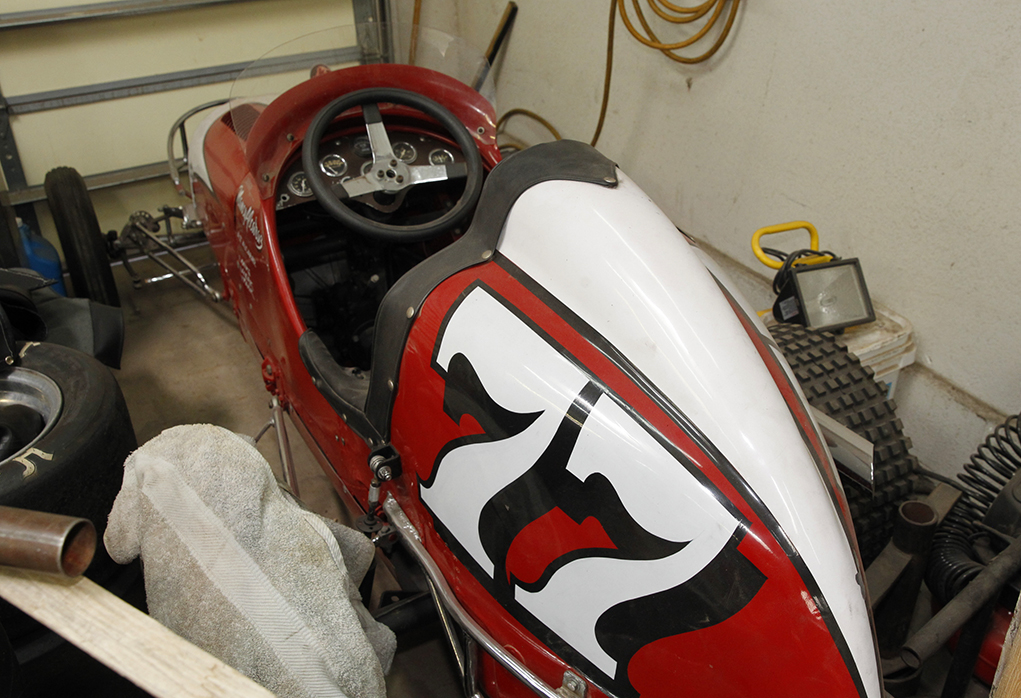 One of Ray Alcaraz’s cars is parked in his garage near his museum wall. Jillian Danielson/RiverScene