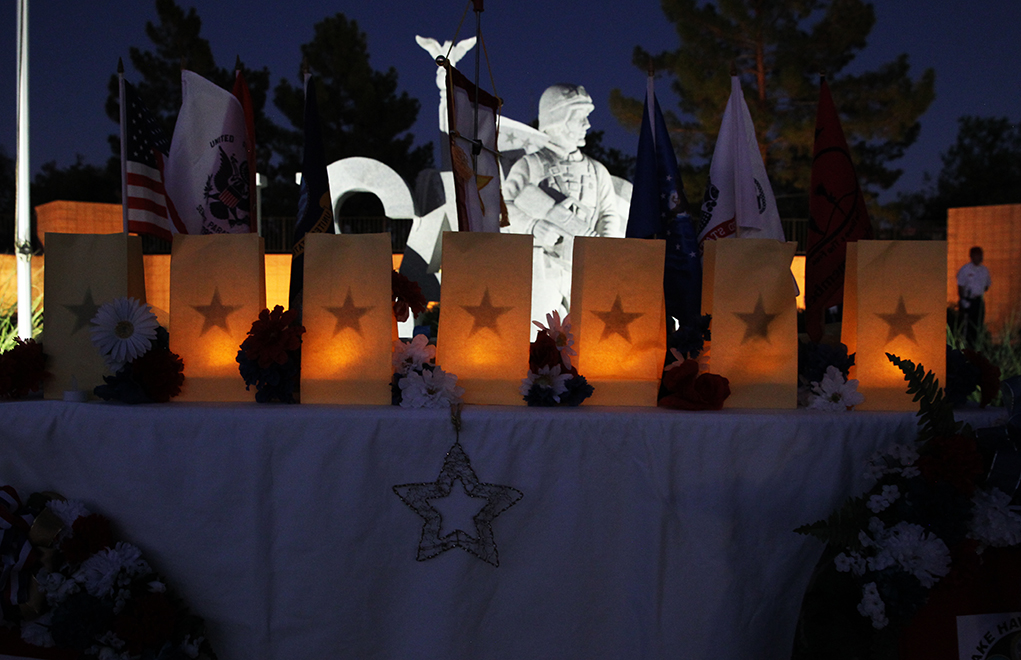 Approximately 50 residents gathered Sunday evening at Wheeler Park for a remembrance ceremony for Gold Star Mothers and their children.

Gold Star Mothers Day is held nationally on the last Sunday in September to recognize and honor those mothers who have lost a son or daughter serving the United States Armed Forces. The ceremony in Lake Havasu City is hosted every year by the Lake Havasu City Military Moms. 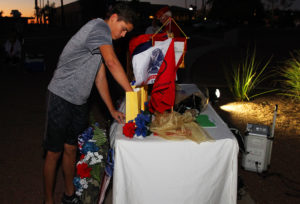 The nephew of Aaron Merritt lights a candle for his uncle. Jillian Danielson/RiverScene

Honored were Lori Deysie and her son Tyler Deysie; Mona Hester and her two children Jamie Hester and Evelyn Swigert, and her son-in-law, Sgt. Hector Jimenez; Janet Mahan and her son Carl Eric Hammar; Carol Merritt and her son Aaron Merritt; Nancy Sausto and her son Anthony Sausto; Karen Tillery and her daughter Kristin Zettelmier; and Debbie Tinnell and her son Patrick Tinnell.

The ceremony was emceed by Frank Blain, Commandant of Detachment 757 of the Marine Corps League. The League’s Honor Guard presented the Colors, followed by the Military Moms leading the Pledge of Allegiance. Sisto Sandoval, Chaplain for Vietnam Veterans of America Chapter 975 of Mohave County, gave the opening and closing prayers. 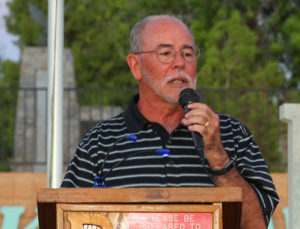 Featured speaker Judge Kalauli explained that “Aloha” means hello, goodbye, and always “I love you.” He told the attending Gold Star Mothers that “I was intimidated by the prospect of what he could possibly say to honor your sacrifice.”

He continued, “I feel entirely inadequate and yet can only give to you as my offering, that which is most precious to me. I give to you my Aloha, I share with you with joy my breath of life and in so doing we become family with all the hope, joy and responsibility that comes with that.” Judge Kalauli then shared the story of the first Gold Star Mother and the love and the hope that was born through her.

Judge Kalauli concluded by saying, “So tonight, we honor the mothers here and everywhere who have given the greatest sacrifice that they can. Because of your sacrifice, you become the guardians of ‘Ha, the breath of life and the Spirit of Aloha, and you are the nurturers of eternal hope and love. You have given your children for our freedom and yet you carry on and safeguard your child’s breath of life until that time when you meet again … Because of your sacrifice, we have hope and a responsibility to continue to fight for the freedom that your children gave their lives to uphold.”

The solemn ceremony ended with the Marine Corps League’s Rifle Squad firing a volley of 21 shots, and their bugler’s plaintive notes of Taps. 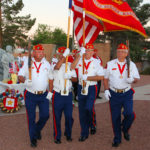 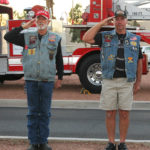 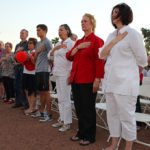 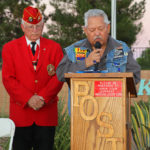 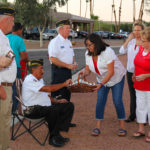 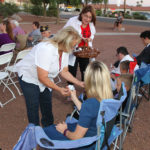 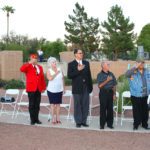 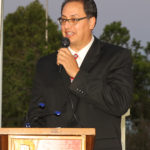 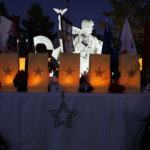 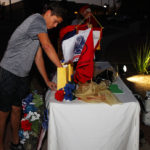 The nephew of Aaron Merritt lights a candle for his uncle. Jillian Danielson/RiverScene 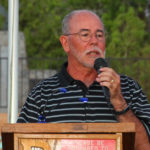