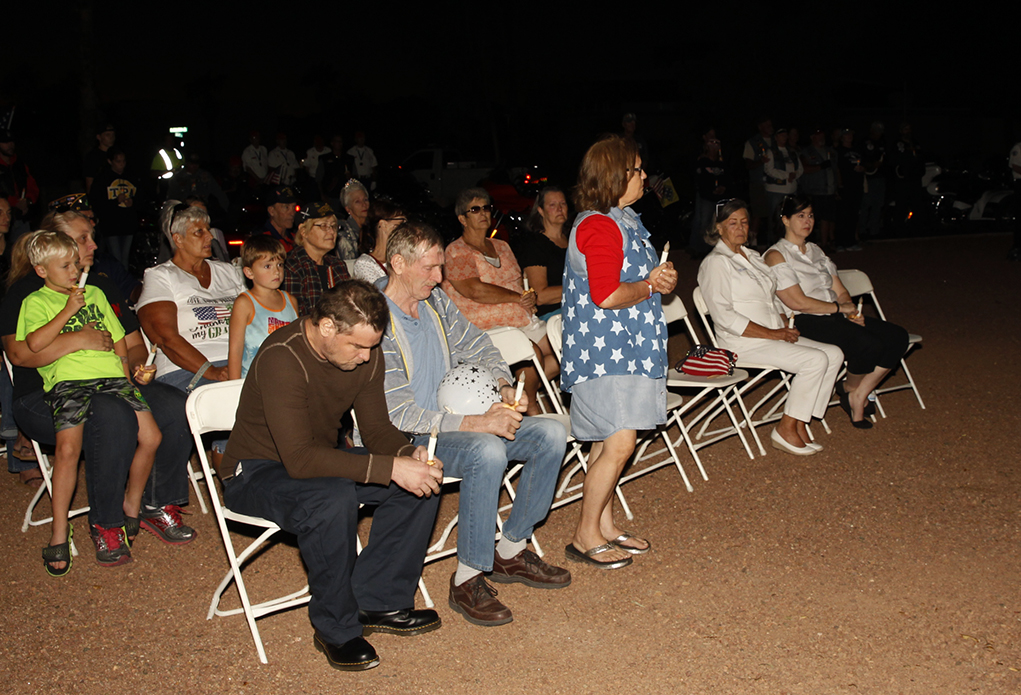 The Gold Star Mothers of America are made up of moms who have lost a child serving in the military in the line of duty.

This was the week designated to honor those moms and Lake Havasu City did just that Sunday evening.

Gold Star Mothers Remembrance took place at Wheeler Park and those present included Judge Mitch Kalauli, of Lake Havasu City, who was instrumental in establishing the local Veteran’s Court. He also presides over that court.

The ceremony consisted of the Marine Corps Color Guard presentation of colors and a military gun salute. Candles were lit in memory of those lost in their service to the country. 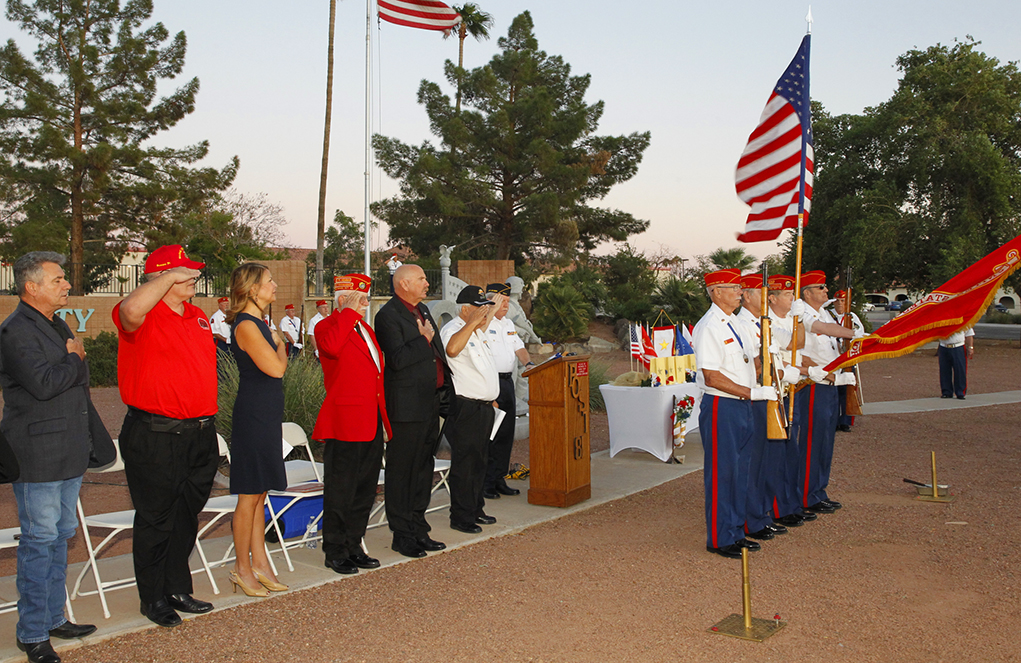 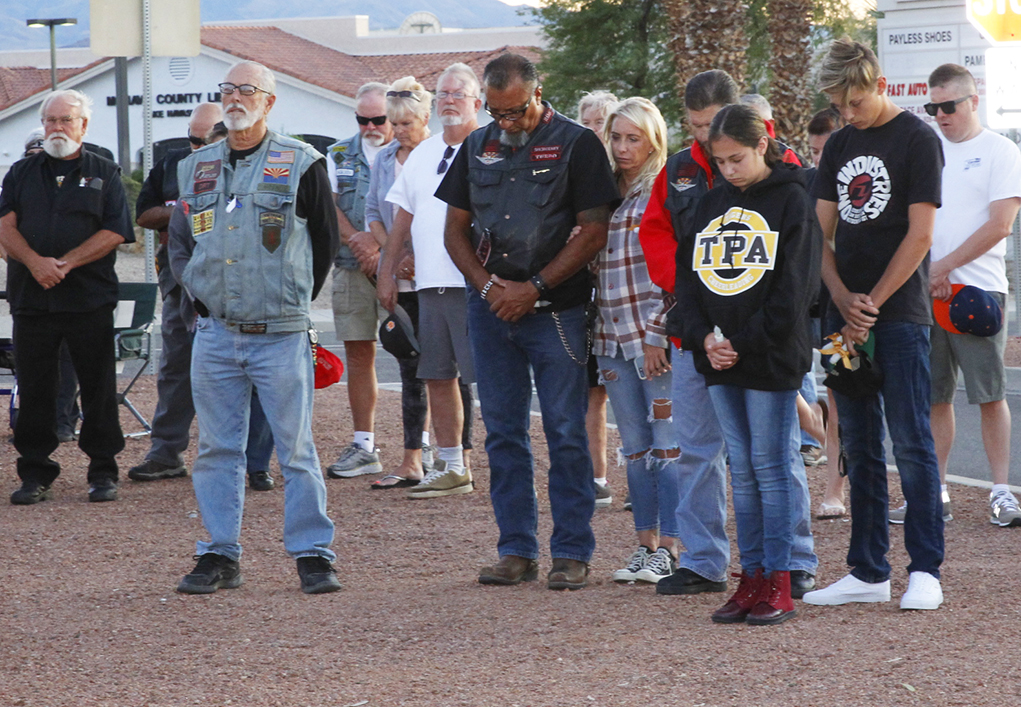 The crowd joins Chaplain Sisto Sandevol in a moment of silence during the ceremony Sunday evening at Wheeler Park. Jillian Danielson/RiverScene 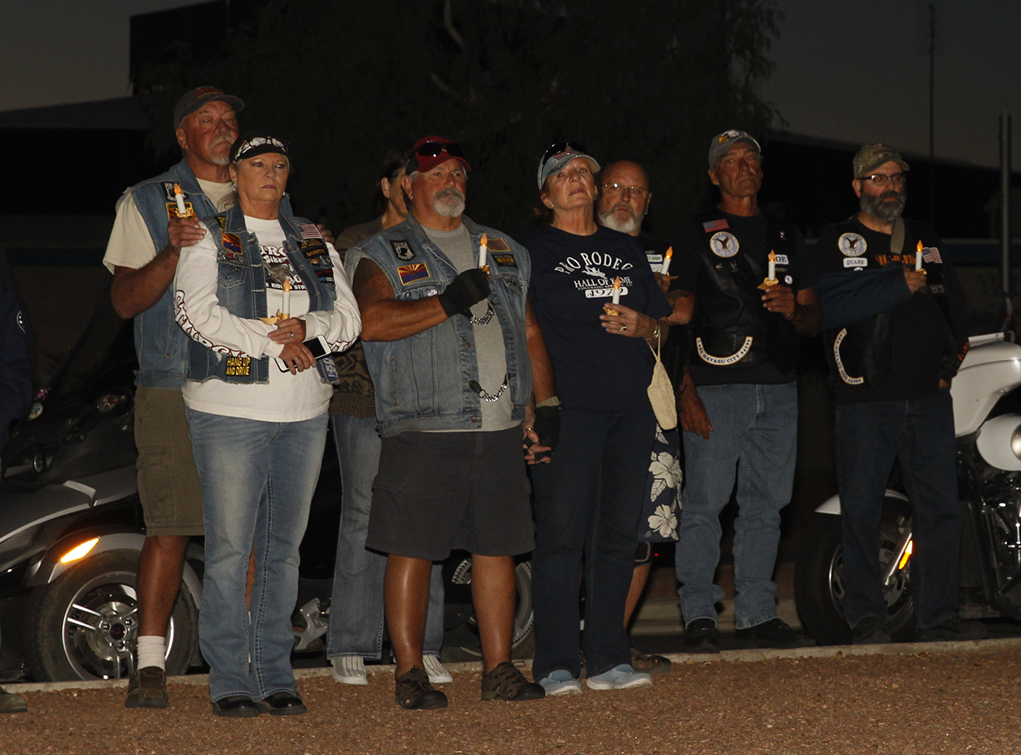 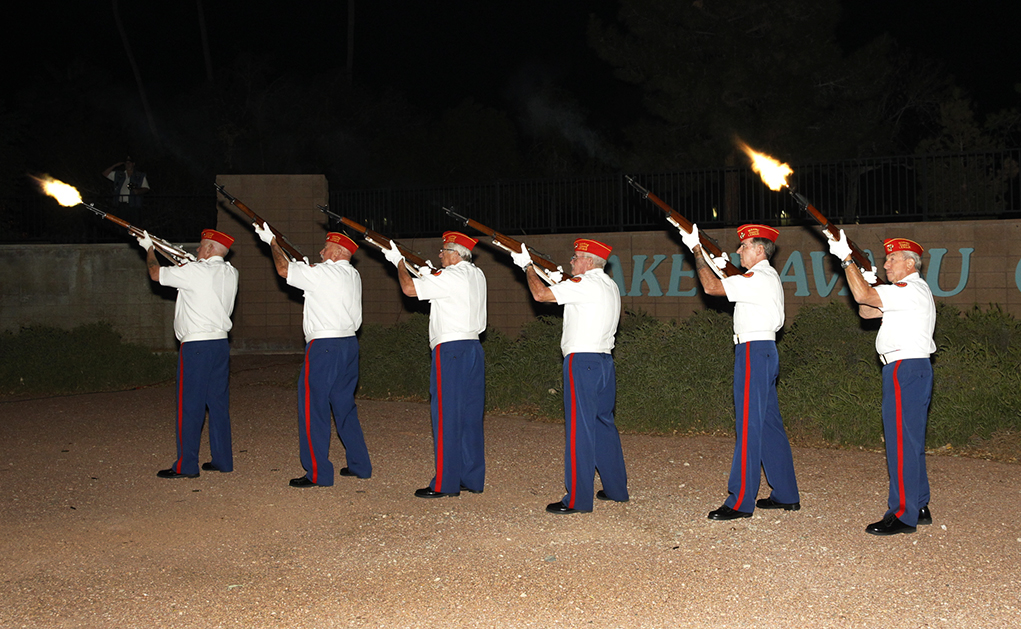 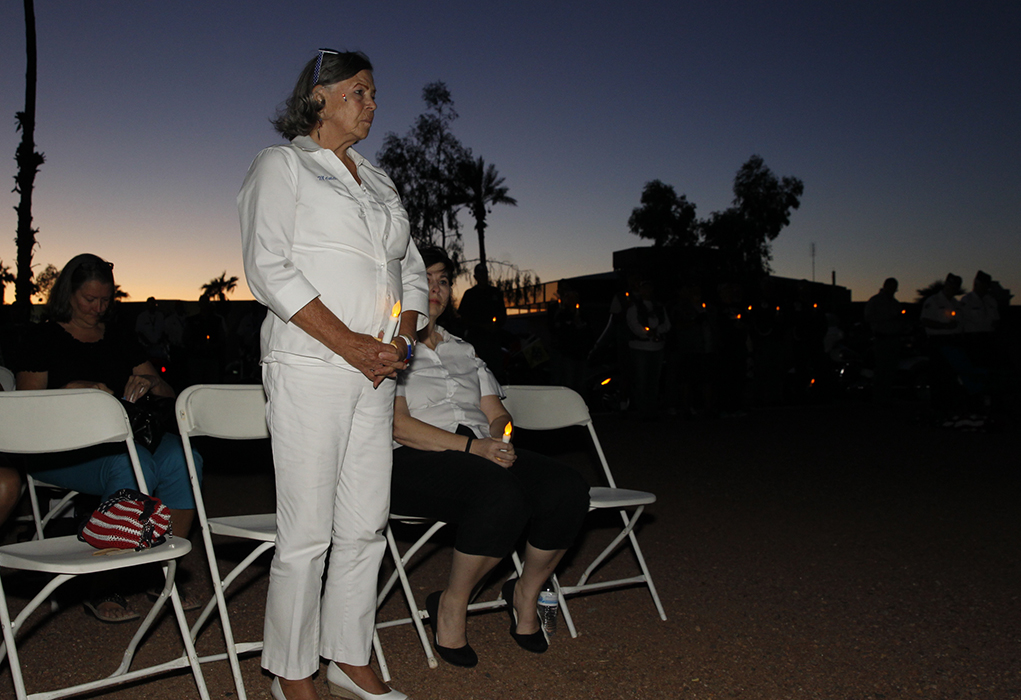 Mona Hestor stands during the Gold Star Moms ceremony as a candle is lit in her honor. Jillian Danielson/RiverScene