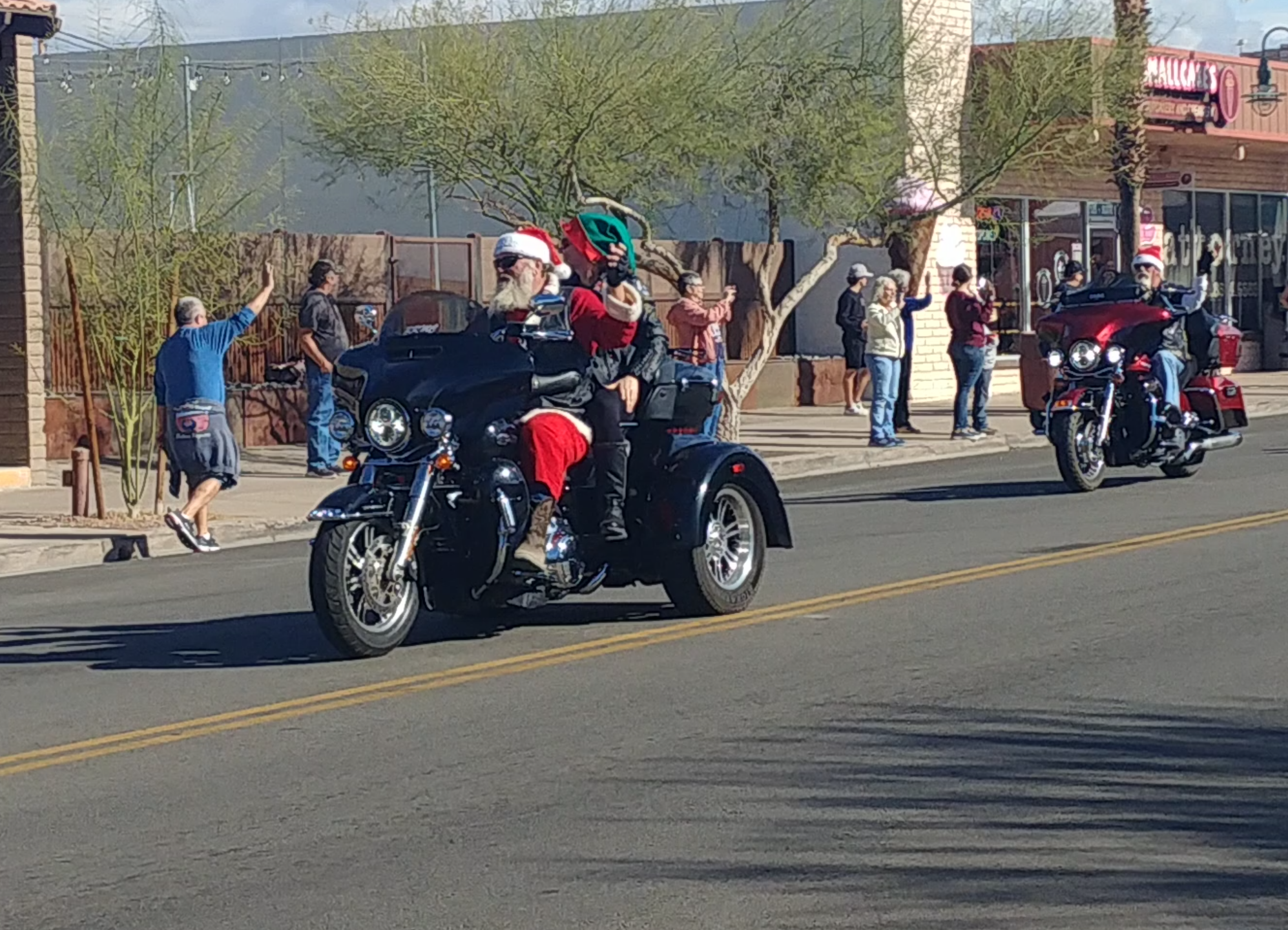 Riders began their trip at Pirates Den in Parker and continued through their journey. Club members also collected toys before making their way back to Lake Havasu City where they were welcomed by spectators and other fellow bikers with more toys to donate. 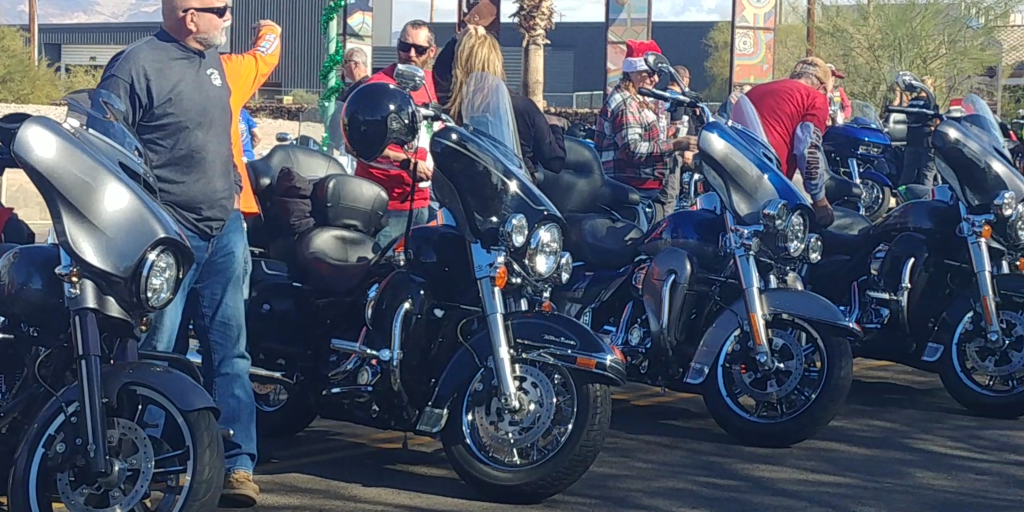 The Toy Run is in it’s 39th year, and is one of the largest in Mohave County. Each year, the run is put together by the River Riders Motorcycle Club which collects toys for families in need.

“The idea of a toy run first started many years ago with only eight or so motorcyclists who wanted to donate toys and do a run. It has now grown to over a thousand riders,” said Paul Blazer President of River Riders Motorcycle Club.

“We collected thousands of toys for children this holiday season. Each year, the number keeps growing we stopped counting after five thousand toys,” he said. 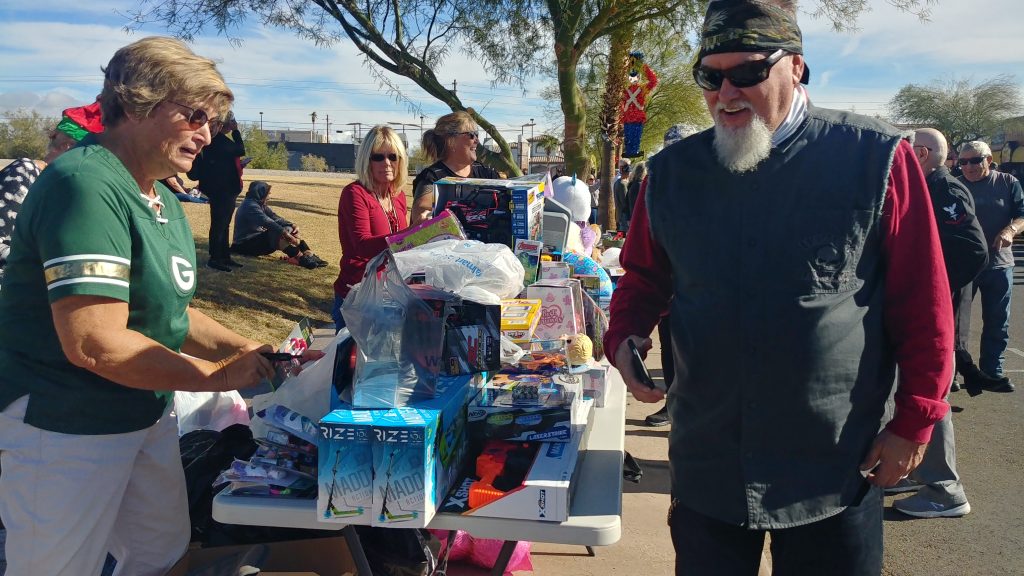 The River Riders Motorcycle Club was first established in Lake Havasu City in 1976, and is a local nonprofit. The club is one of the oldest founded in the state of Arizona and take pride by riding with “OLD SCHOOL” values. The club is also all about being on the road with close family, creating great friendships and most of all having a good time. 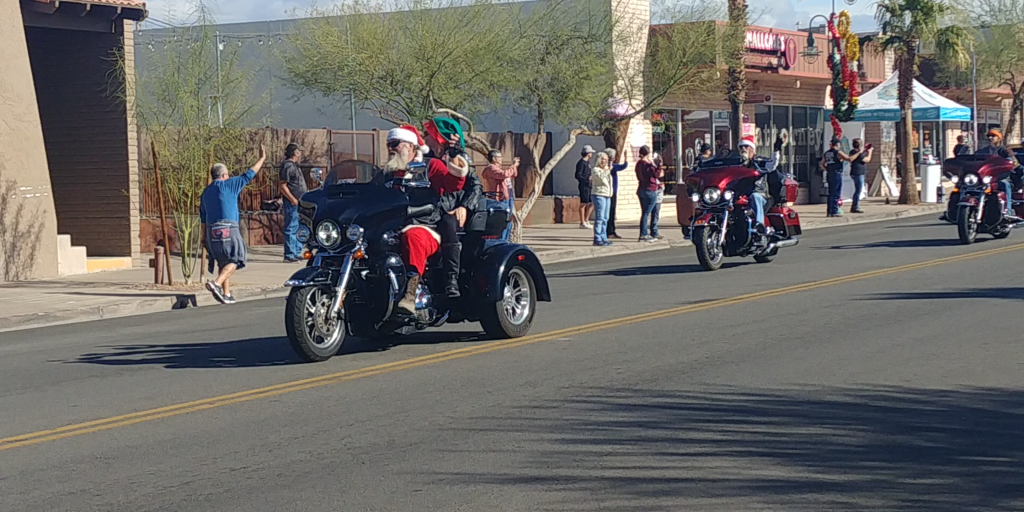 The River Riders MC Toy Run included more than 3,000 bikes and brought in many community members and friends who gathered in downtown Lake Havasu City. Bikers, food and live music was on hand for a good cause. All toys were delivered to the local food bank volunteers. They will later be distributed to local families with children.

In recent weeks, the food bank has been struggling with donations because of the rise of costs going up everywhere. Keeping pantries full before the holiday has been a challenge. The toys are an item that the food bank plans to give to families who need a bit of joy for their children this holiday season.

“We will be distributing toys on December 17.  “Families must sign up by calling the food bank beforehand so that they can receive a voucher which will allow them to collect their toy,” says Colleen Mattison, Food Bank Manager. 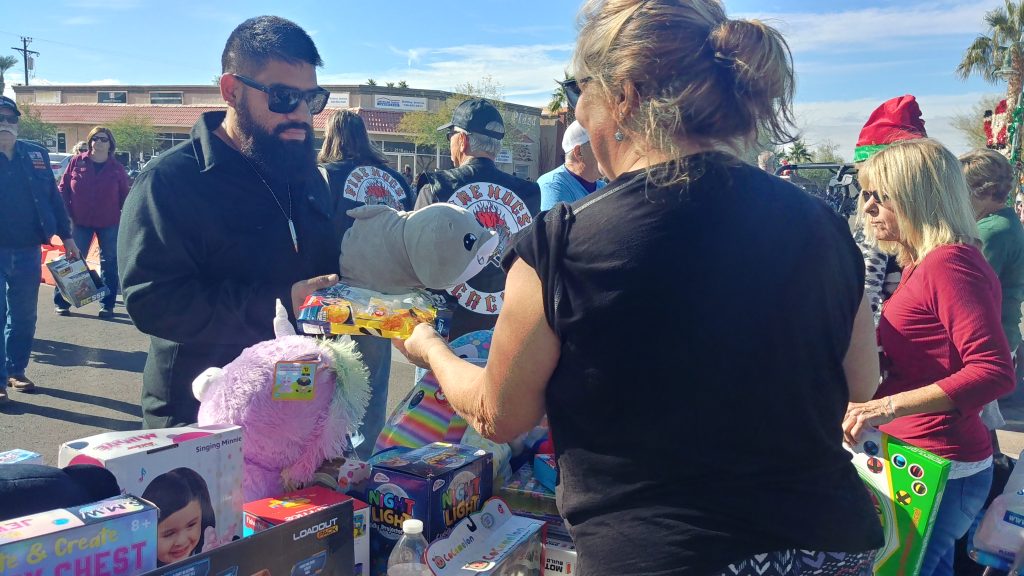 Fellow riders and community members also brought unwrapped toys and enjoyed a beer garden that benefited New Horizons along with a live band at the finish line.

For more information on the River Riders MC, visit it’s website at https://riverridersmc.com/.

If you know a family in need or would like to sign up to receive a toy call the Food Bank by December 15 at 928.264.1177.  The food bank is open Monday through Friday  with the exception of  Wednesdays.